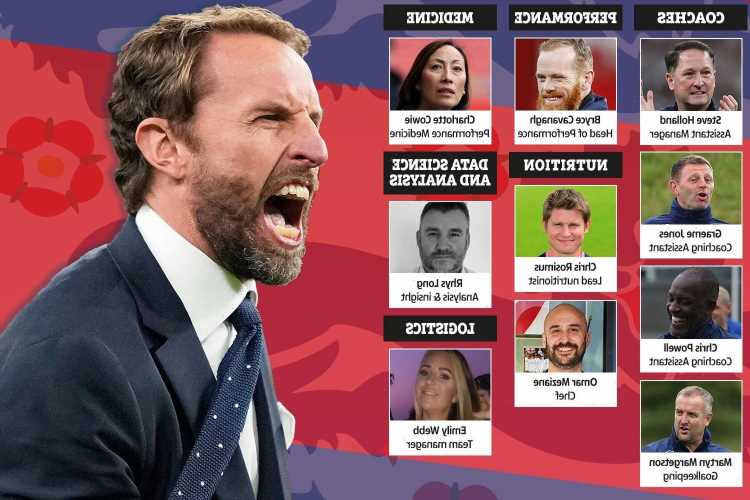 GARETH Southgate knows England’s chances of Euro 2020 glory depend on having not just the best team ON the pitch but the best one OFF it as well.

That is why the manager has assembled a crack outfit of fitness coaches, nutritionists, psychologists, analysts and data scientists to try and help the Three Lions reach their first major final since 1966. 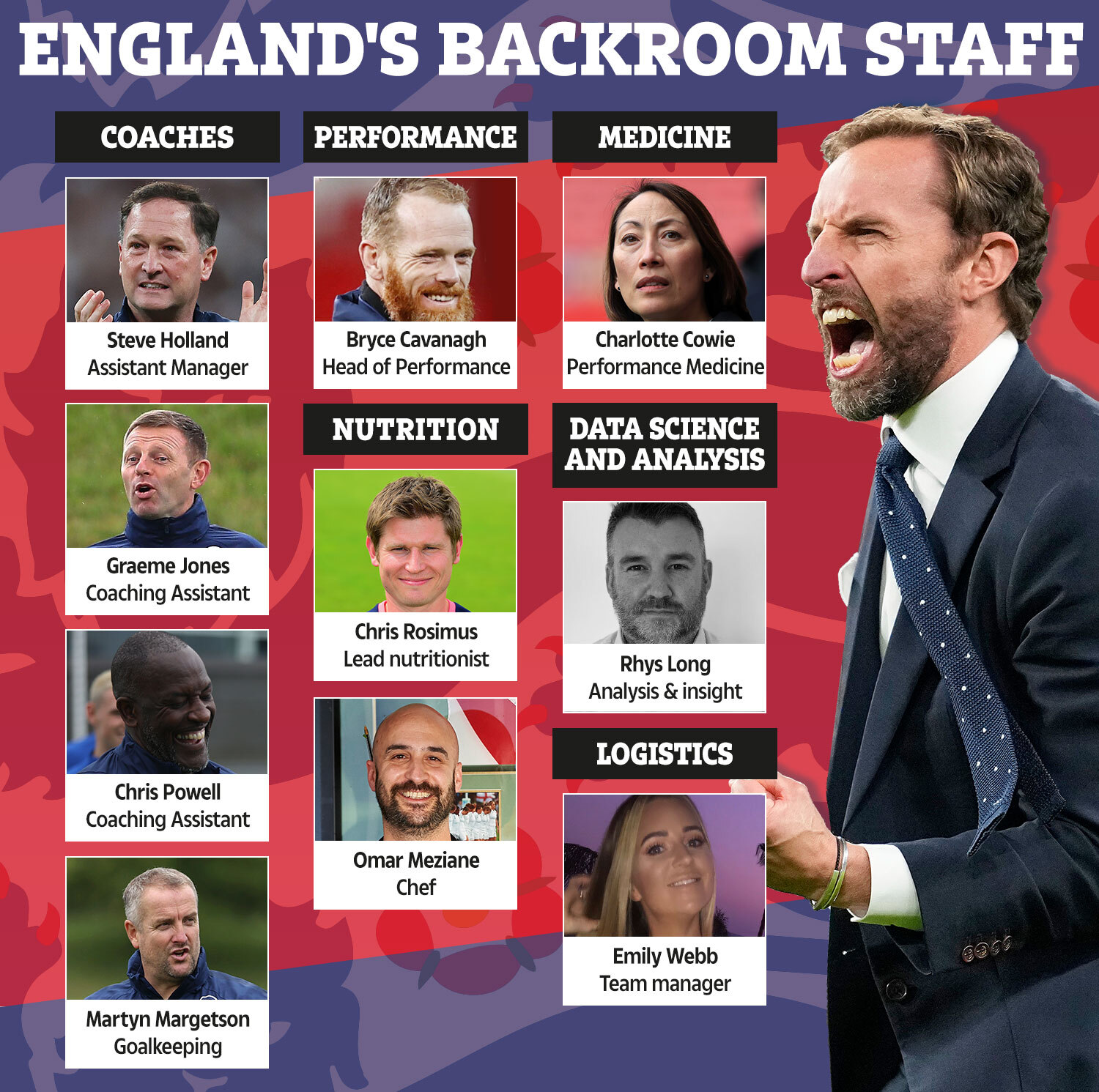 Here SunSport gives you the lowdown on who’s who in this team behind the team.

Assistant: Steve Holland
Injury forced a premature end to Holland’s playing career but that enabled him to focus on coaching from an early age.

He worked alongside a host of top managers at Chelsea before assisting Southgate part-time with the England Under-21s.

That turned into a permanent assignment with the senior side in 2016. 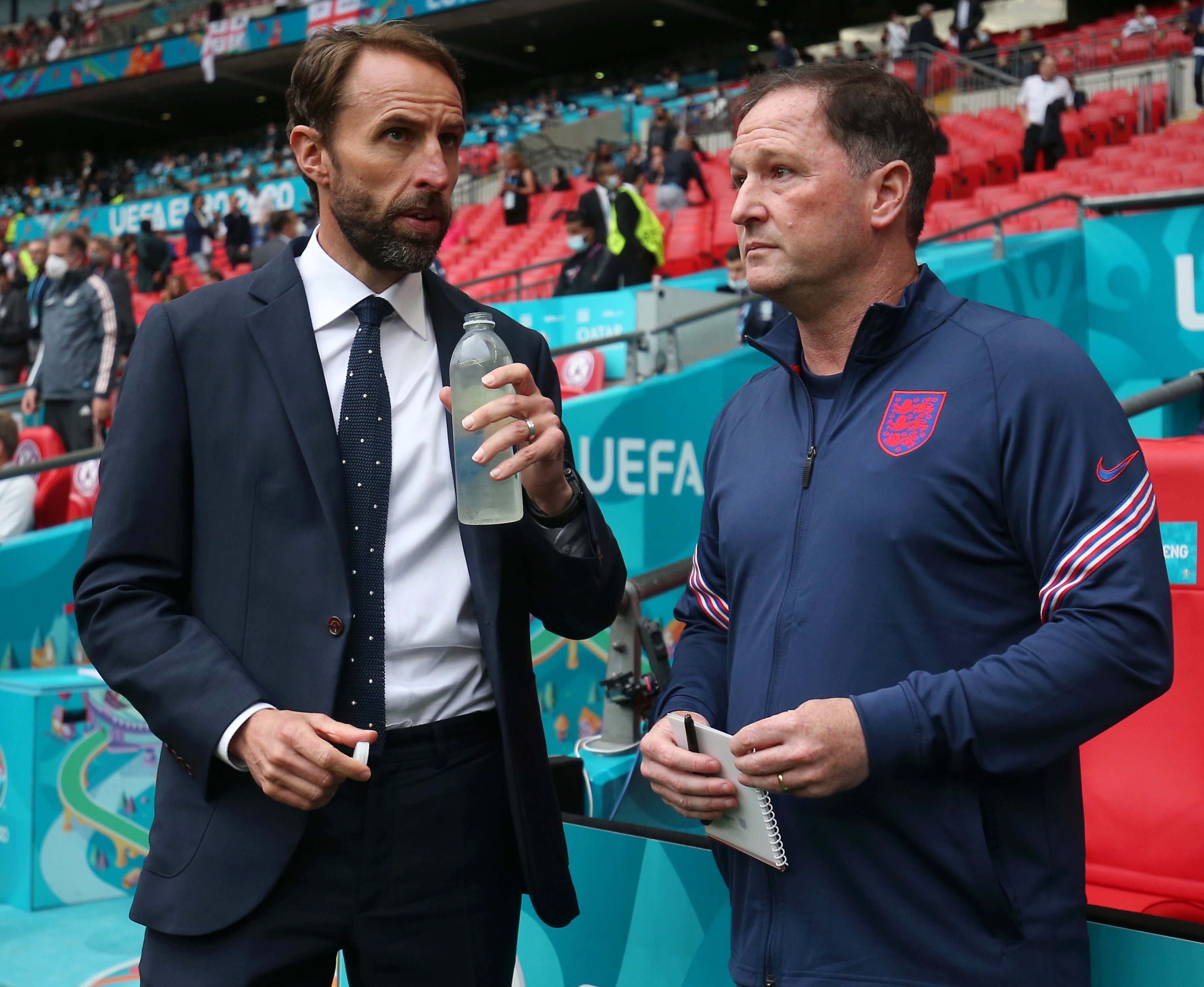 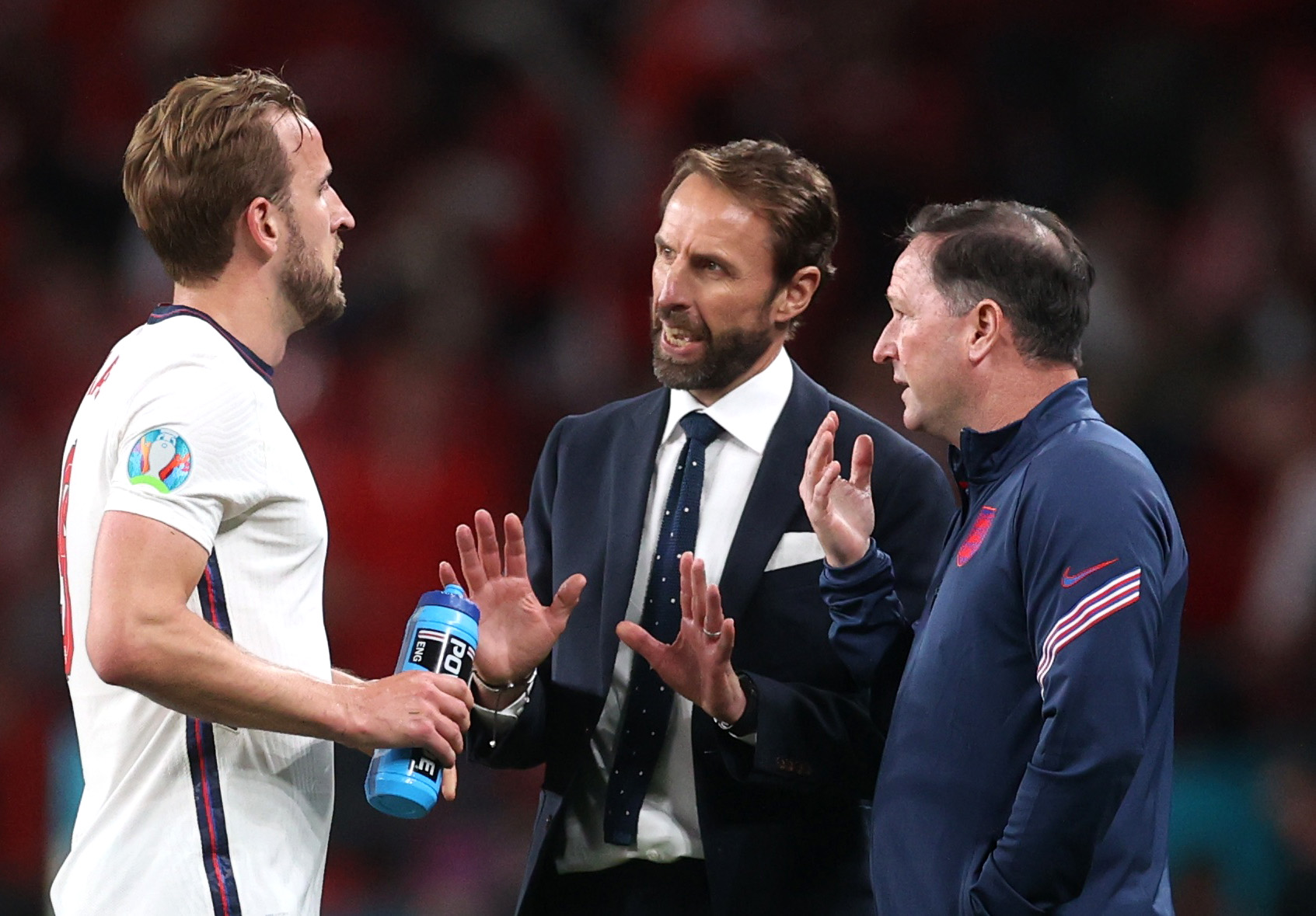 Assistant: Graeme Jones
On secondment with the national team from Newcastle, following the exit of forwards coach Allan Russell in May.

An accomplished coach who worked alongside Roberto Martinez at Wigan, Everton and Belgium. 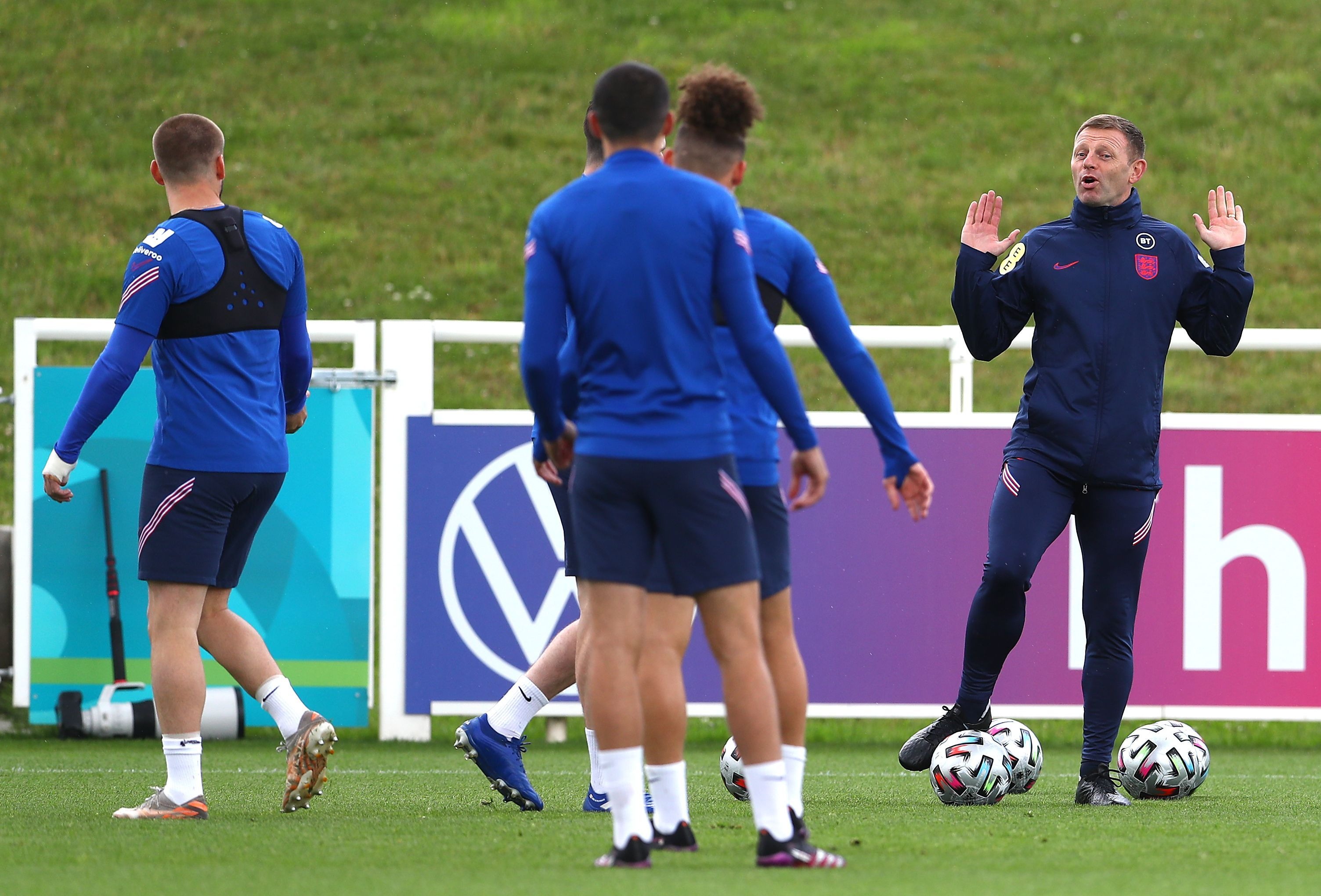 Joined England in September 2019 as part of the BAME placement scheme.

An experienced coach and manager in his own right, having been in charge of Charlton,  Huddersfield and Southend.

His full-time job is as Head of  Coaching at Tottenham. 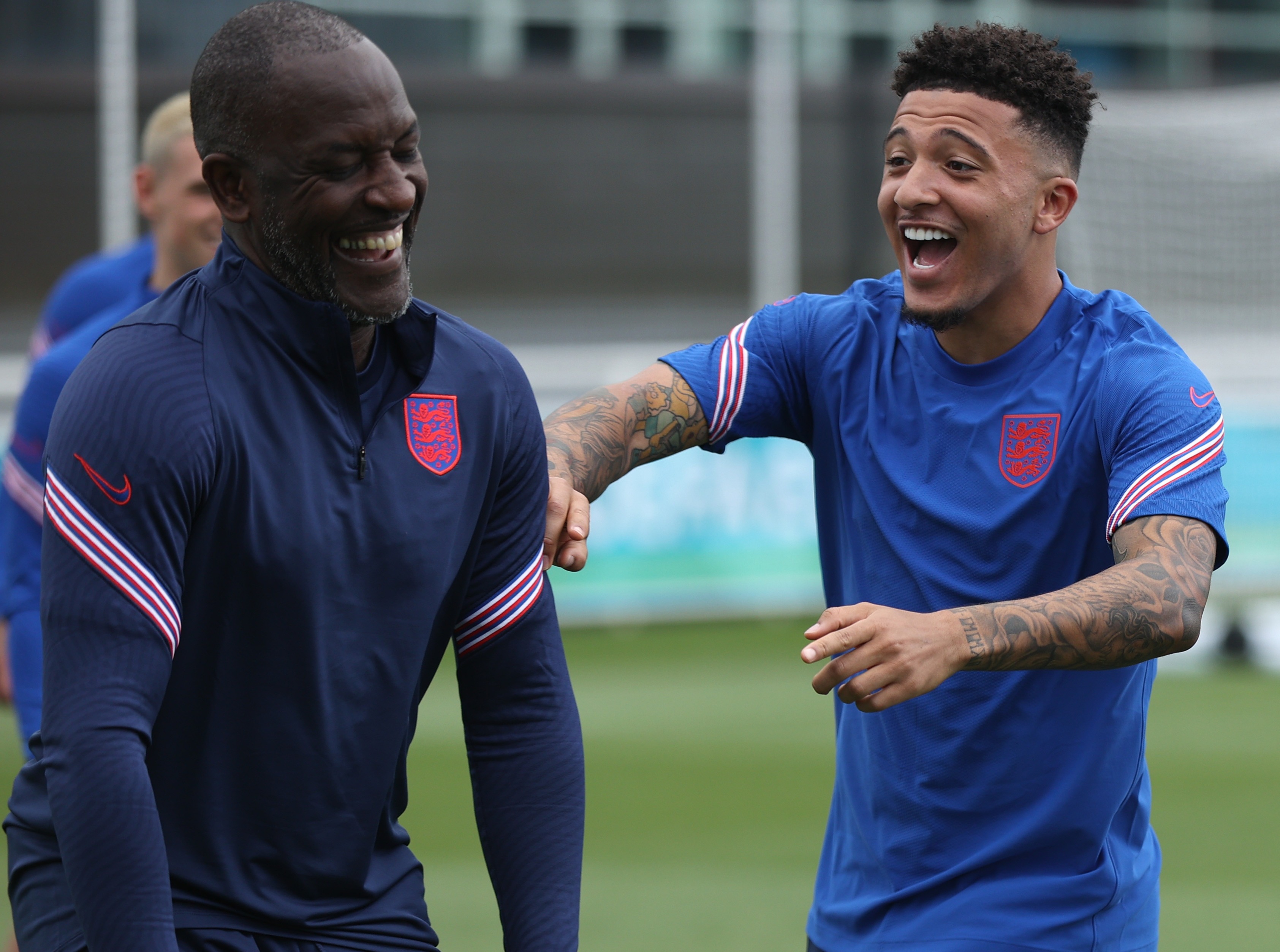 Came on board when Sam Allardyce was boss but stayed on under Southgate.

Massively experienced and knows England No 1 Jordan Pickford well from their time together at Everton. 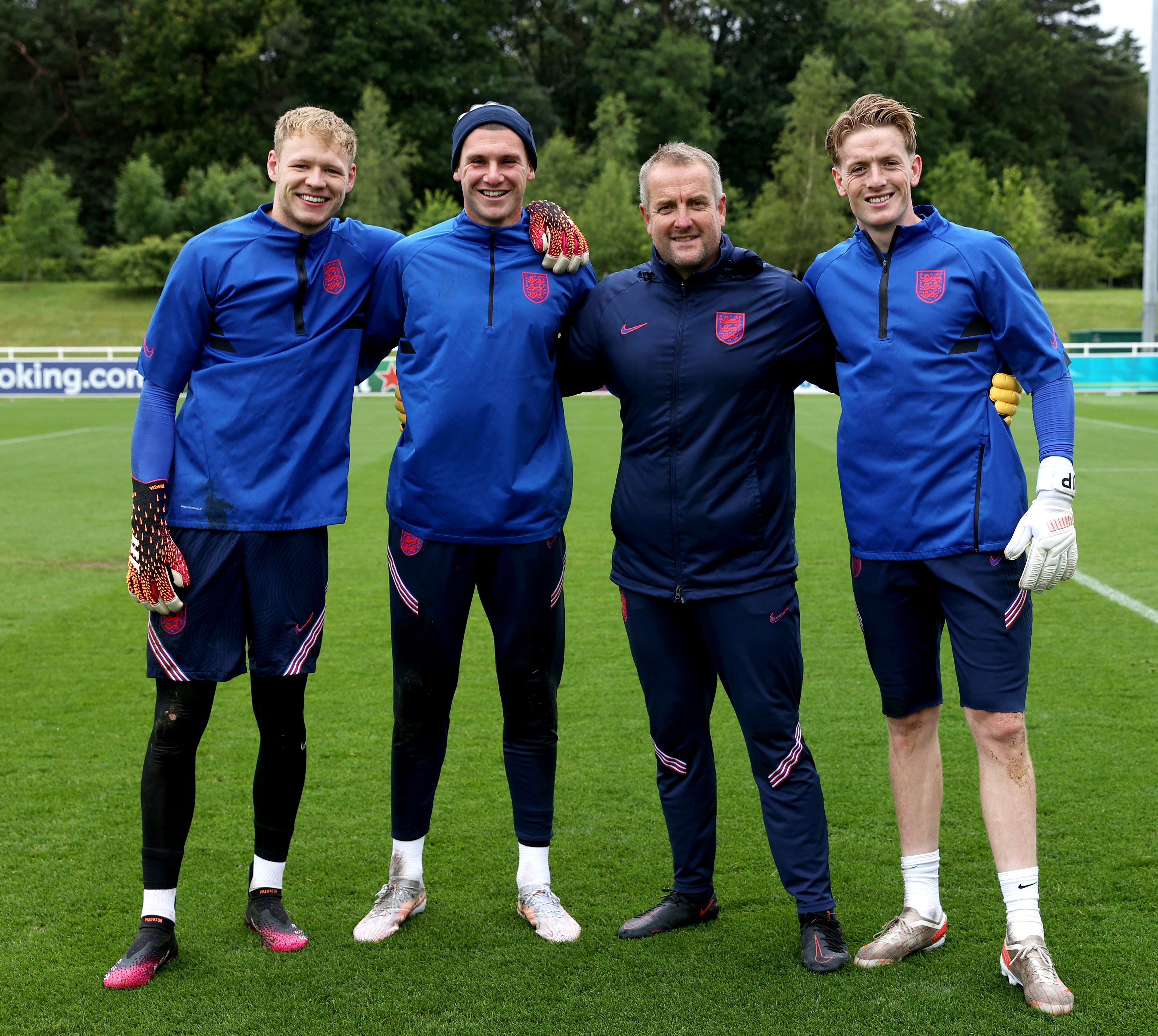 You might recognise the Australian from the sidelines — he sports a huge brown beard and is an  enthusiastic onlooker!

Heads up performance, which covers sport science, strength  and conditioning, nutrition and  psychology.

Joined the England set-up in November 2016 having worked in five sports in four different  countries, including being Head of Performance for West Indies cricket and Munster rugby.

Cavanagh is the man behind hot yoga and inflatable water polo at St George’s Park.

The man who puts the players through their paces in the gym.

Has worked for England since September 2016 and was previously with the English Institute of Sport, the  British Olympic Association and Birmingham City. 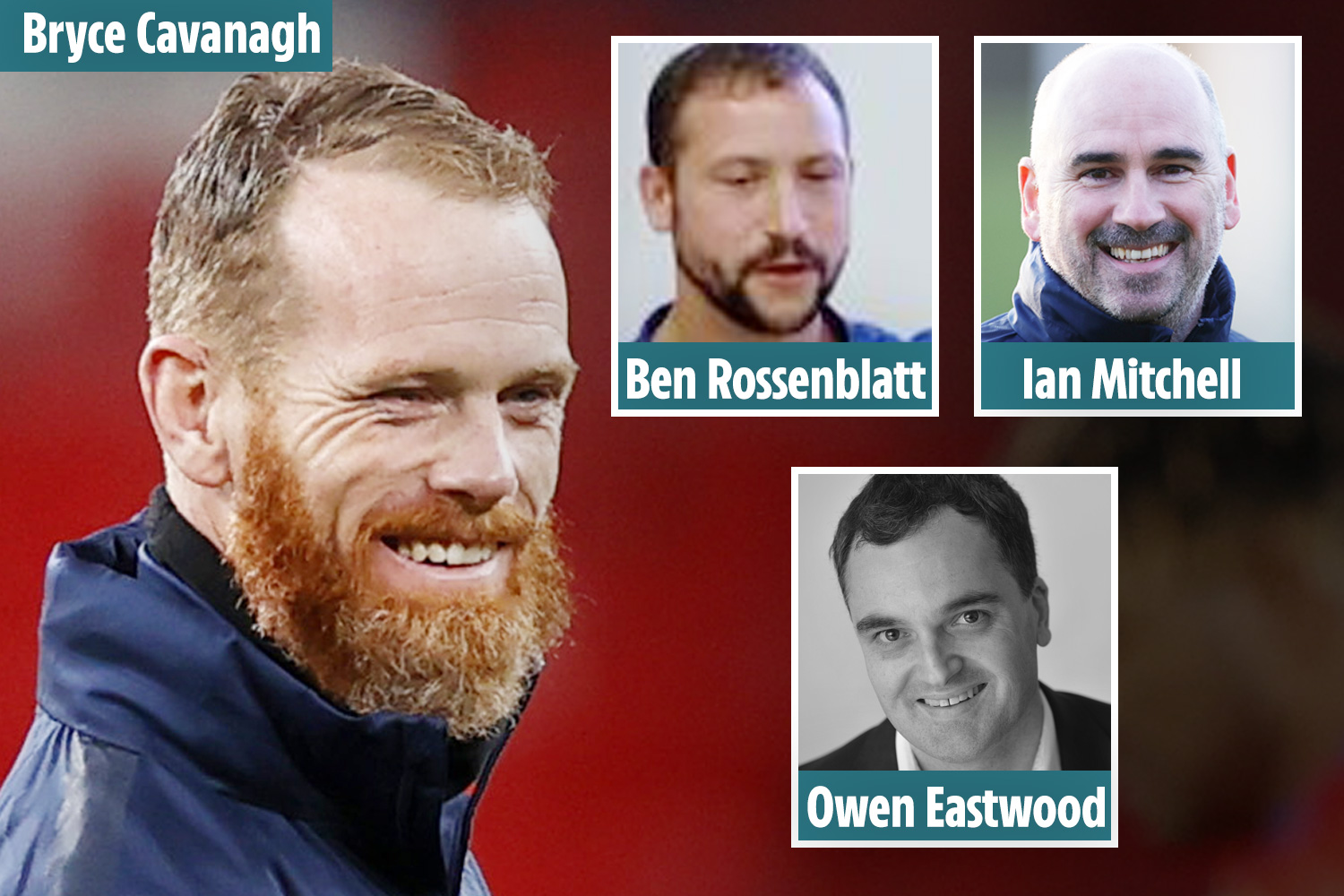 The Welshman was part of Chris Coleman’s staff at Euro 2016, where he helped his home nation reach the semi-final.

Mitchell is close to manager Southgate and has encouraged a relaxed, focused and open atmosphere in camp.

A former lawyer who specialises in team culture.

Worked for Aston Villa, Leicester and the England cricket team before joining the football side of things.

Was also the nutritionist for England Women at the 2019 World Cup. 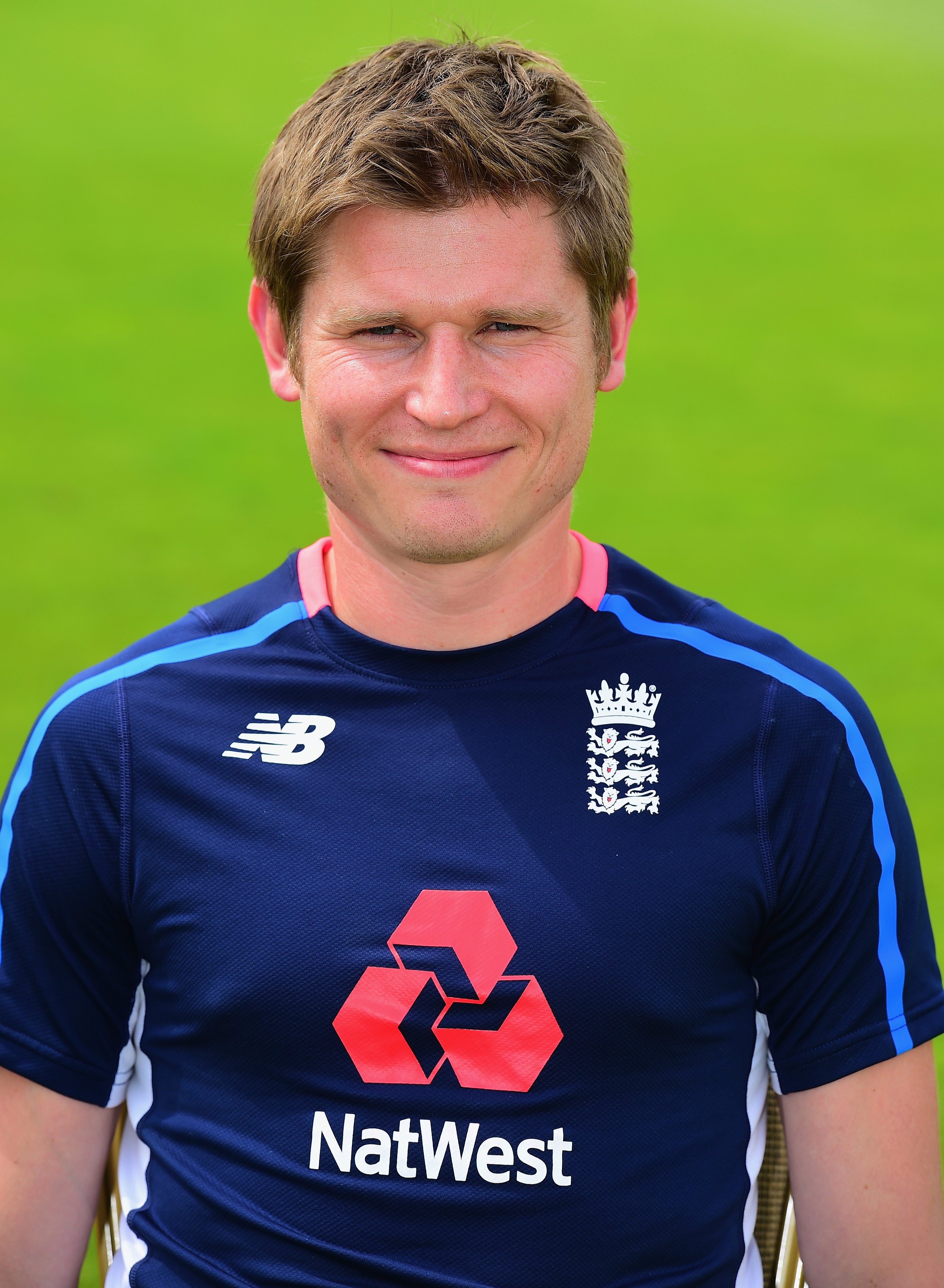 Started as a chef at London’s Oxo Tower in the mid-1990s.

First worked with England at the 2017 Under-20s World Cup and has been on board ever since.

His list of clients is a who’s who of sport and includes Harlequins, England’s cricket team and several Formula One drivers. He has also written a cookery book with England rugby star James Haskell. 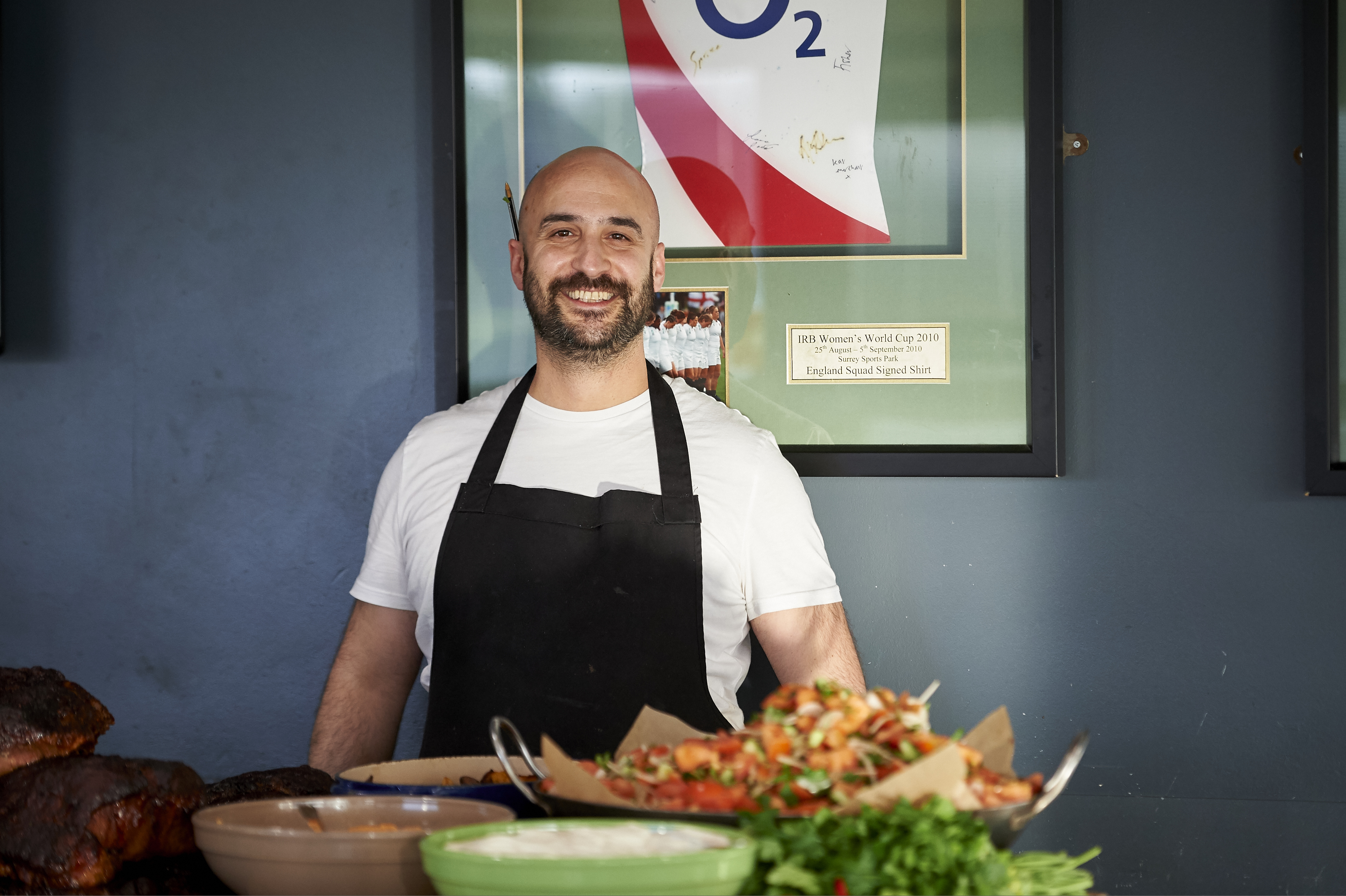 One of the most senior women at the FA. Joined in August 2016 after being Head of Medicine at Fulham and Tottenham.

Oversees all the doctors, physios and therapists in the department.

Where Bryce Cavanagh’s team are focused on optimising performance, Cowie’s are responsible for treating injuries and medical conditions.

Was with the Ministry of Defence for 11 years before working with Southgate’s England U21s.

A familiar face for the England players. Has held his position since February 2016. 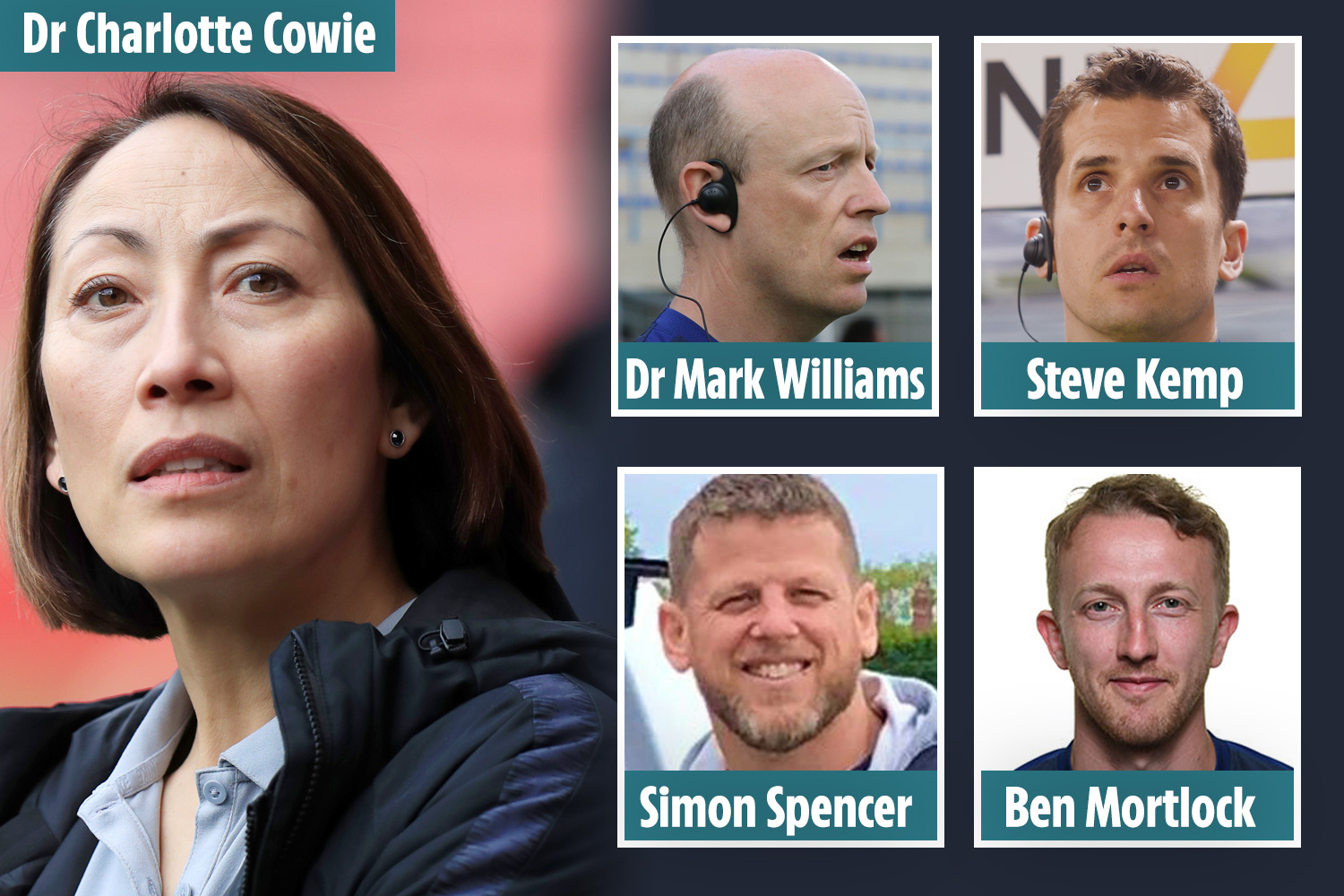 His full-time job is as Head of Physiotherapy for the English Institute of Sport. Worked with England U21s before the senior men.

The Welshman oversees the analysts, who run the rule over England’s performances and that of their opponents.

Before every game, Southgate and his team get in-depth dossiers telling them everything about who they are playing, which allows them to decide on tactics.

They also work on long-term projects, like the one on penalties before the 2018 World Cup. 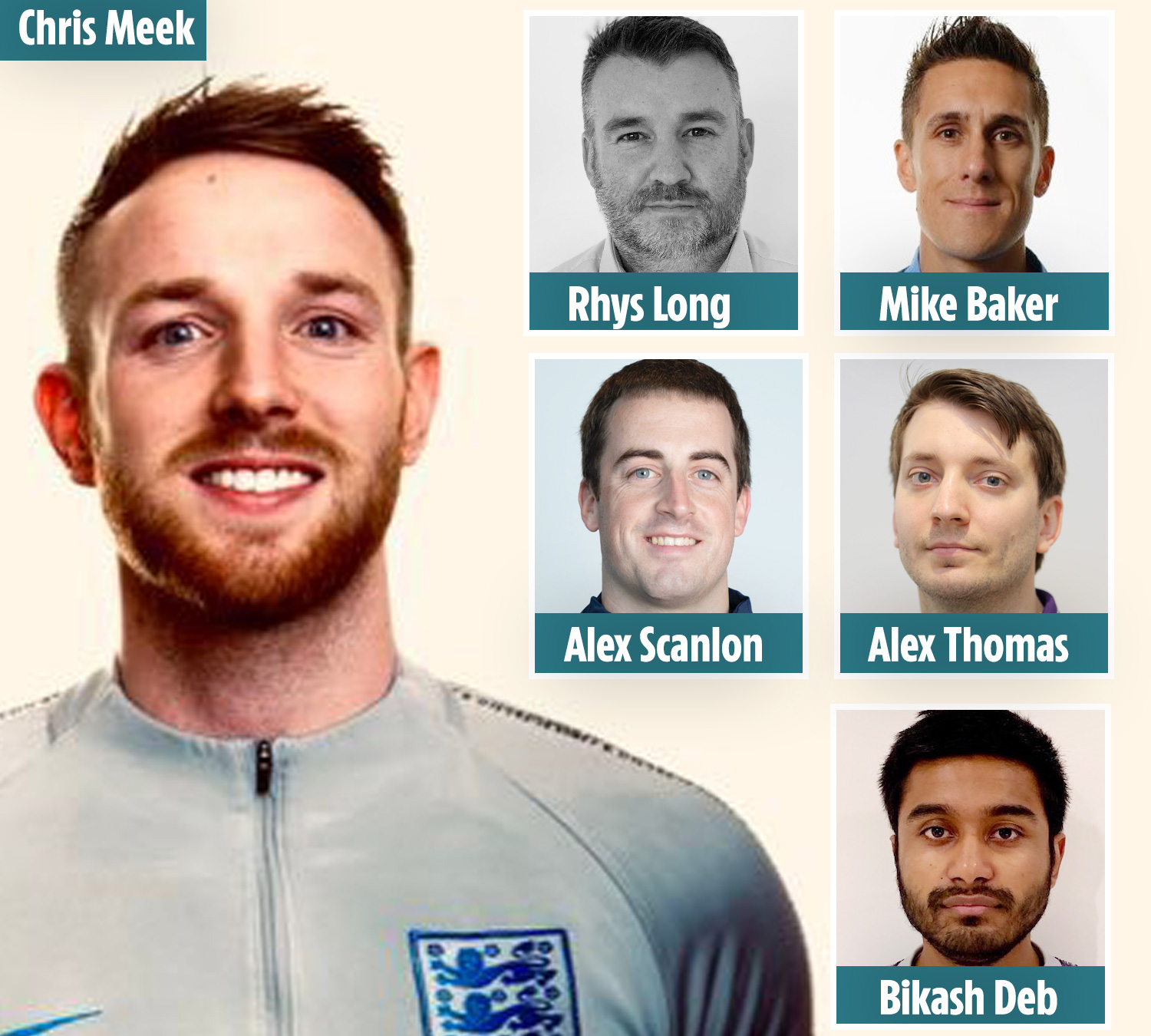 Long made his name in rugby, working alongside Warren Gatland for Wasps, Wales and the British and Irish Lions.

The duo have been with England for more than 30 years combined.

They use video and data to paint pictures for the players about their opponents and how they set up.

Meek and Scanlon analyse performances in training and matches.

They do something called ‘coding’, which is basically cataloguing video clips of action so they are easy to find and analyse.

Data architect: Alex Thomas
Another Welshman in the England set-up.

Has a Masters in theoretical and mathematical physics and worked for Swansea before joining the FA four years ago.

Together with data analyst Bikash Deb, he works with big datasets, whether that is physical or technical, to get insights. Played a major role in England’s penalties project.

While data and science are crucial, you cannot overestimate the  importance of being in the right places at the right time and having good communication in camp.

That is where Webb comes in.

She was Southgate’s personal assistant before being promoted to team manager in October 2018. A key off-field person. 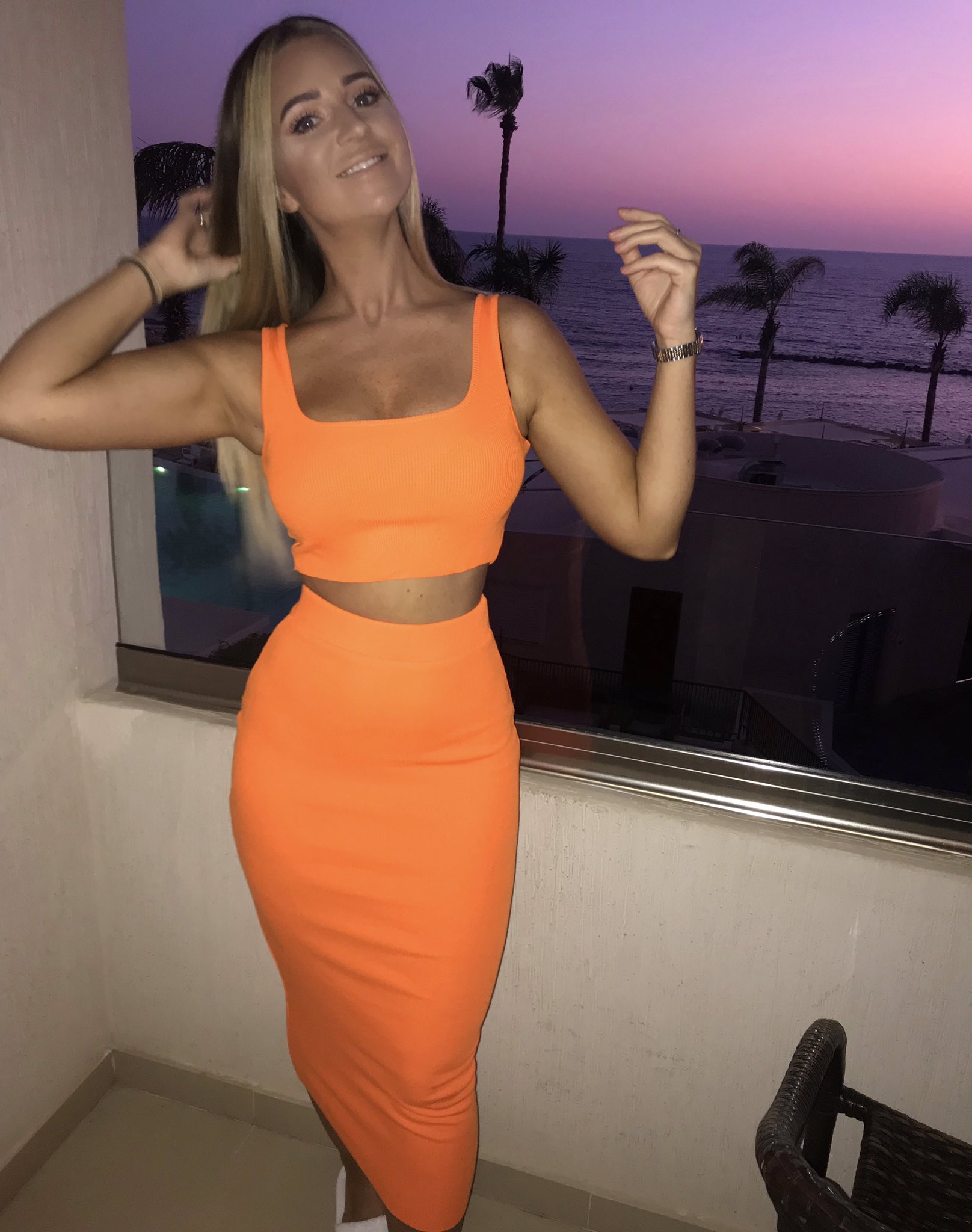 Here Are the Benefits of Syncing Your Workouts With Your Period