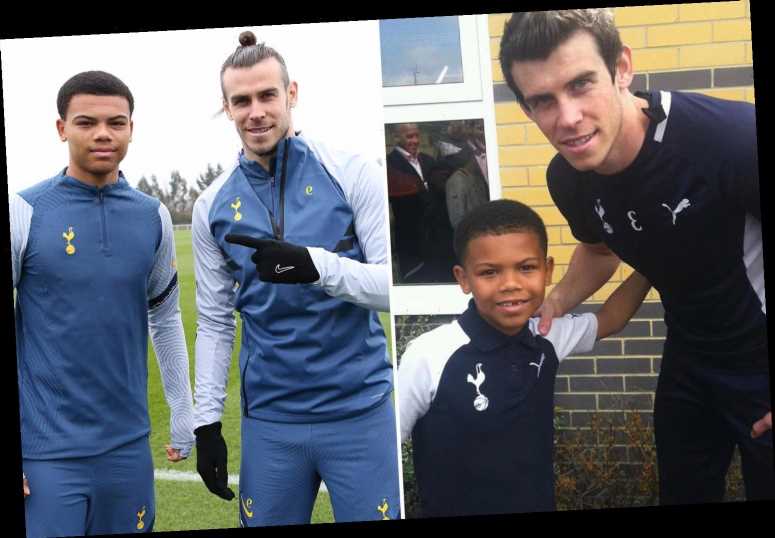 Gareth Bale poses for pic with Tottenham wonderkid Dane Scarlett, 16, a decade after meeting him in first Spurs spell

TOTTENHAM have shared an incredible throwback snap of Gareth Bale and Dane Scarlett together from a DECADE ago.

The Welsh winger, 31, first played for Spurs between 2007 and 2013 before his then-world-record £86million move to Real Madrid. 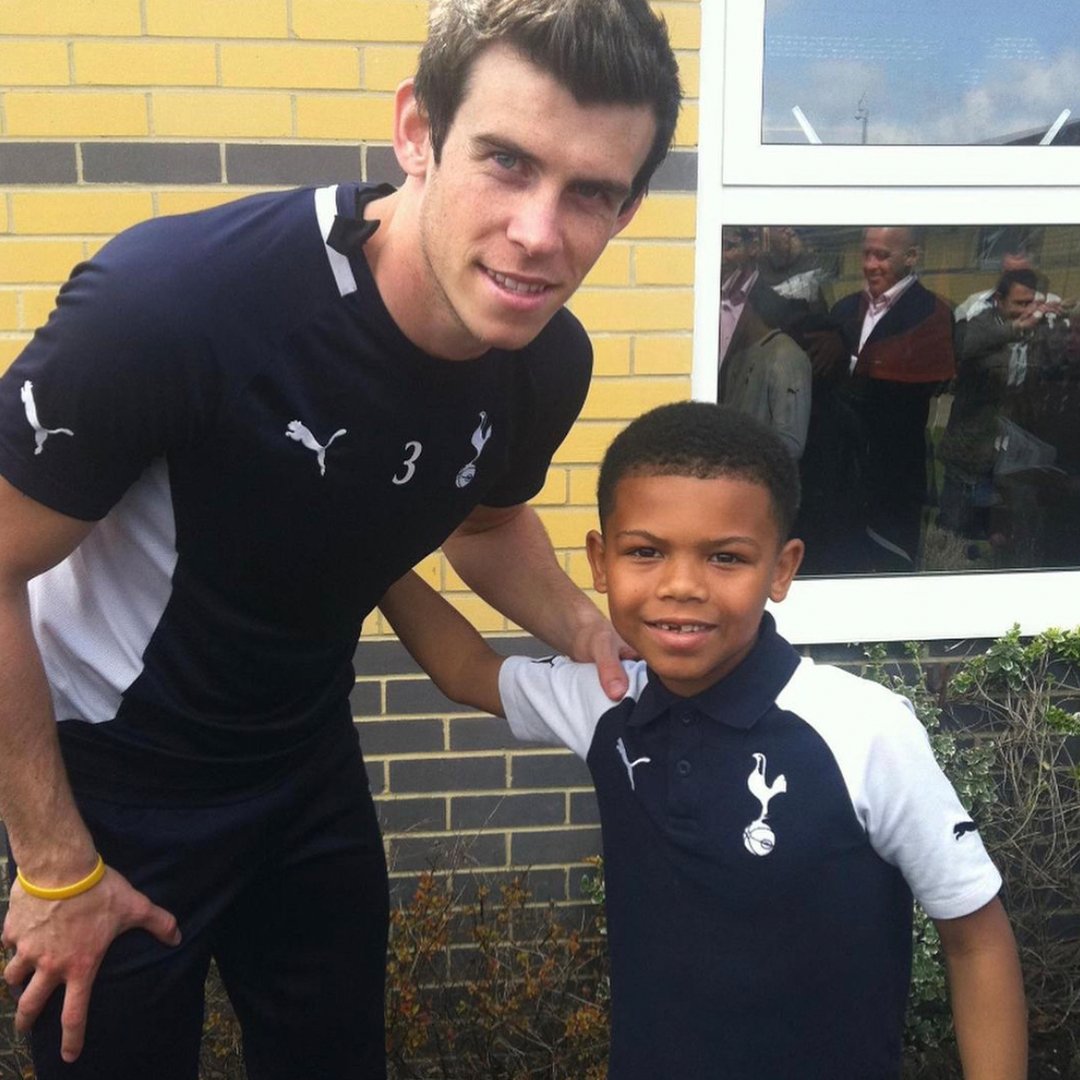 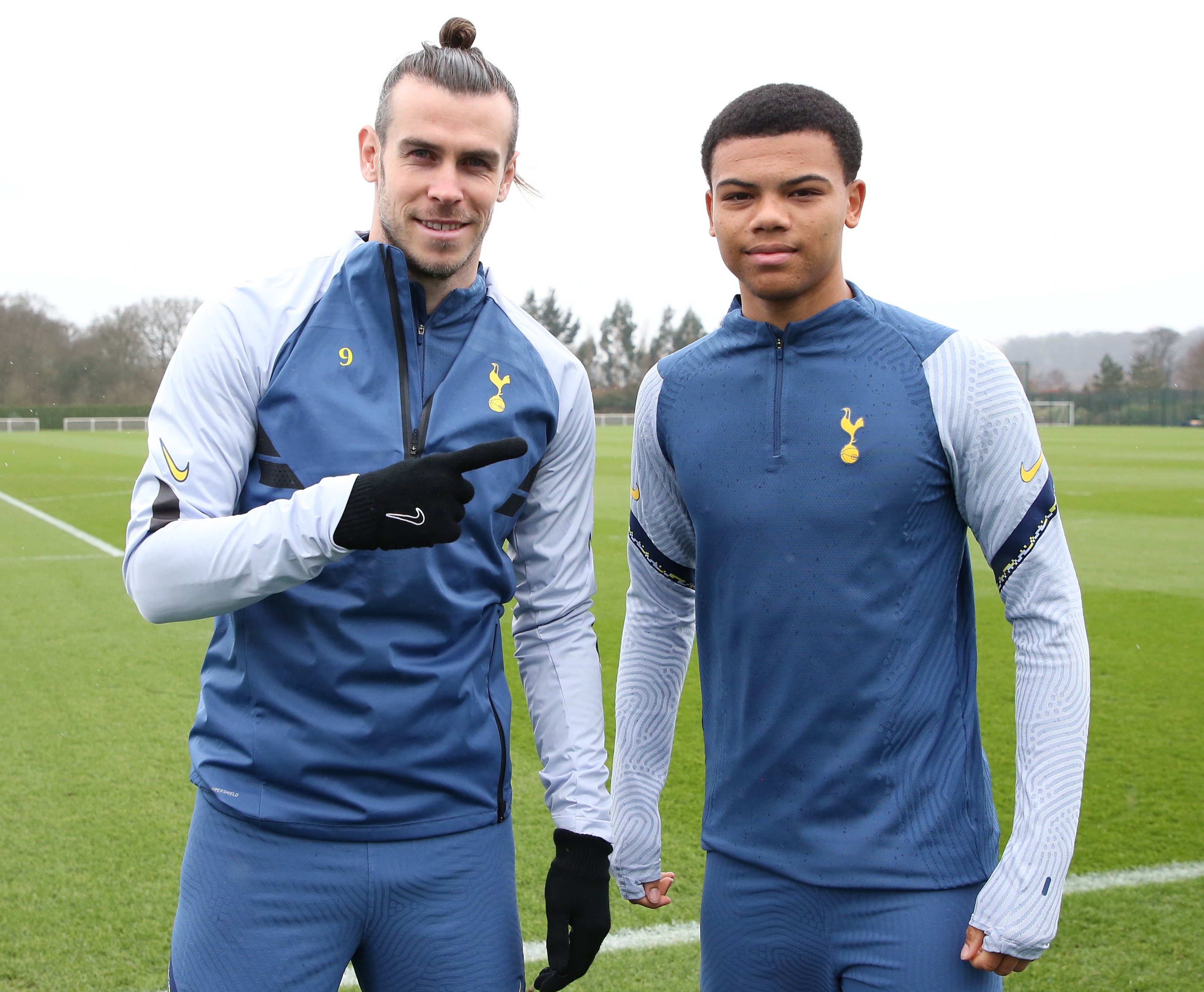 And during that time, Bale took the time to pose with a young Scarlett for a sweet snap.

Fast forward roughly ten years and the pair have recreated their grinning pose – this time as team-mates.

Scarlett burst onto the scene under Jose Mourinho's leadership earlier this season.

The young forward, 16, has played three times for Tottenham – most-notably in the 4-0 Europa League win over Wolfsberger.

Scarlett set up Carlos Vinicius for his second goal in the European thumping.

The striker also played in the 2-0 Premier League win over West Brom in February and the 4-0 mauling of Ludogorets in the Europa League group stage.

Now very much a part of Mourinho's first-team squad, he posed for a picture with loanee Bale – who himself has erupted into life after a tricky return to England.

While many eyes will be locked on the future of Bale, set to return to Real Madrid this summer, others will be keeping tabs on Scarlett. 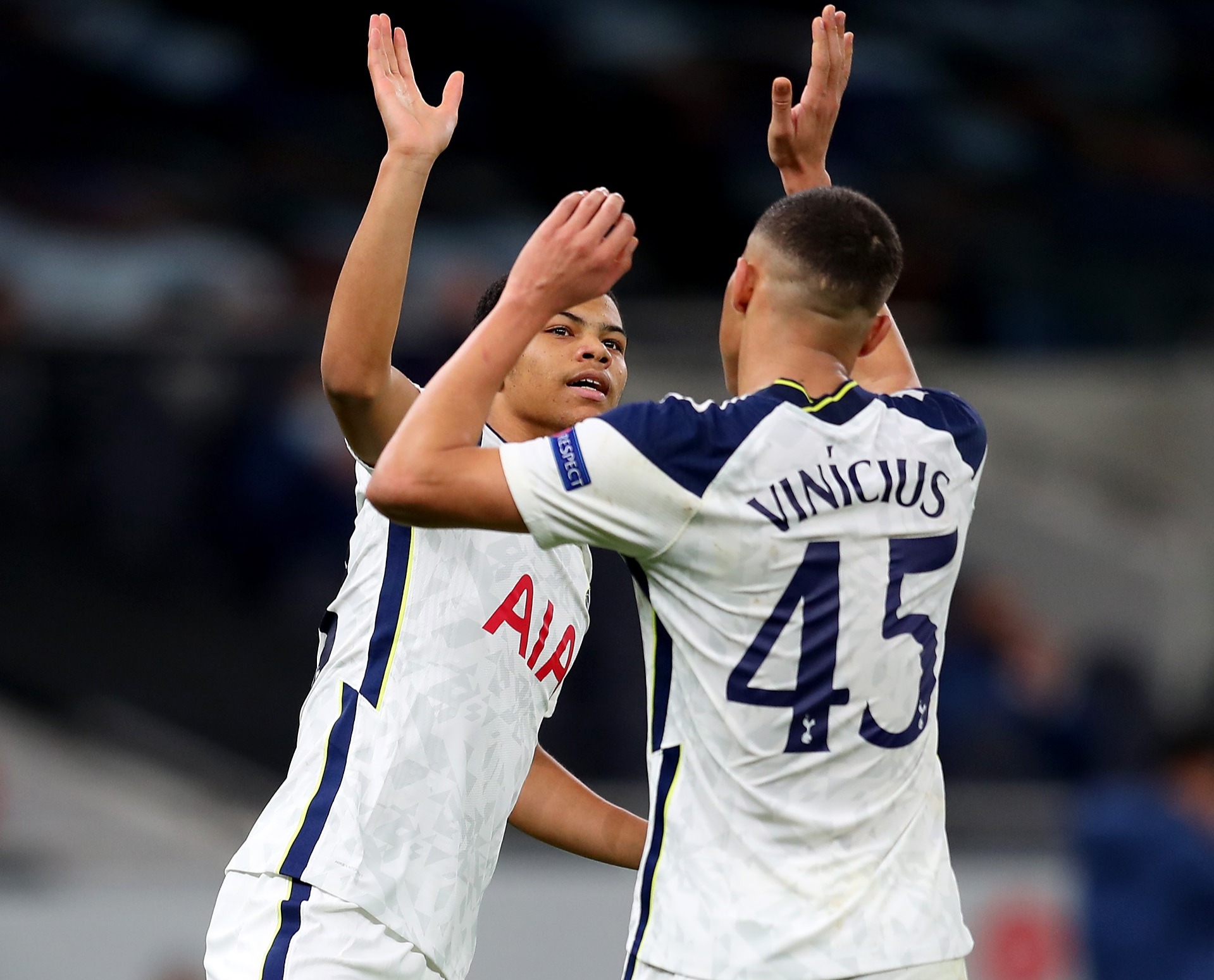 Mourinho, for one, is keen to watch his progression – even comparing him to Marcus Rashford.

Last month, the Spurs boss said: “I do not want to say too much because his academy manager will kill me.

“But he is 17 next month – and next season I want him training with the first-team squad.

“He is a diamond, a kid with incredible potential.

"He has worked many times with the first team and that gives him a different personality.

“He is still 16, 17 soon, and I believe next season he will be a first-team player – because he has a lot of talent.

“He is a striker, a No 9. But I have been playing him from the sides – similar to Marcus Rashford – and he is already very clever.”