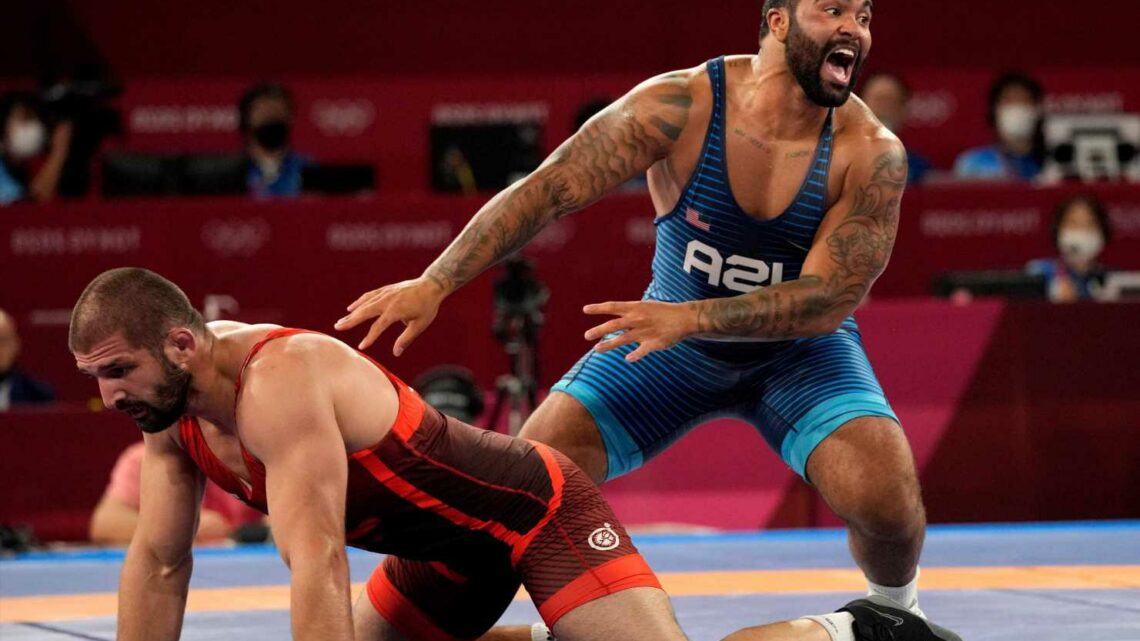 The 21-year-old Apple Valley, Minn. native was trailing Georgia’s Geno Petriashvili – the No. 1 seed and three-time world champion – 8-5 with under 10 seconds left. Steveson rallied for two takedowns, including one in the final second, which held up under video review.

Trailing 4-0 after the first period, Petriashvili rallied back before the American earned a 9-8 comeback victory. Steveson earned the gold medal after outscoring his opponents – including 2016 Olympic gold medalist Taha Akgul of Turkey – 23-0 in the first three rounds.

The 275-pound heavyweight celebrated his triumph with a backflip.

And his family went even crazier.

Steveson’s full name is Gable Dan Steveson. He was prepared for greatness from the start, named after Dan Gable, a 1972 Olympic champion.

“It might have been destiny to reach this spot,” Steveson said.

The reigning Pan American Continental champion won his first NCAA title in March and was the co-winner of the Hodge Trophy – given to the best college wrestler in the country – last season after a 17-0 year with the Gophers. He holds a 34-match win streak in collegiate play.

The US has now won seven wrestling medals in Tokyo. Steveson is the first American heavyweight to win gold at the Olympics since Bruce Baumgartner in 1992.

'Jeopardy!'s Mike Richards May Be in the Running for Host but Don't Count Out These 2 Reported 'Standout' Candidates