FURIOUS Mesut Ozil kicked a stack of water bottles and launched his shirt off after being subbed for Fenerbahce on Thursday.

The former Arsenal man flipped his lid during the Turkish side's 2-2 draw with Royal Antwerp after he was hauled off in the 67th minute. 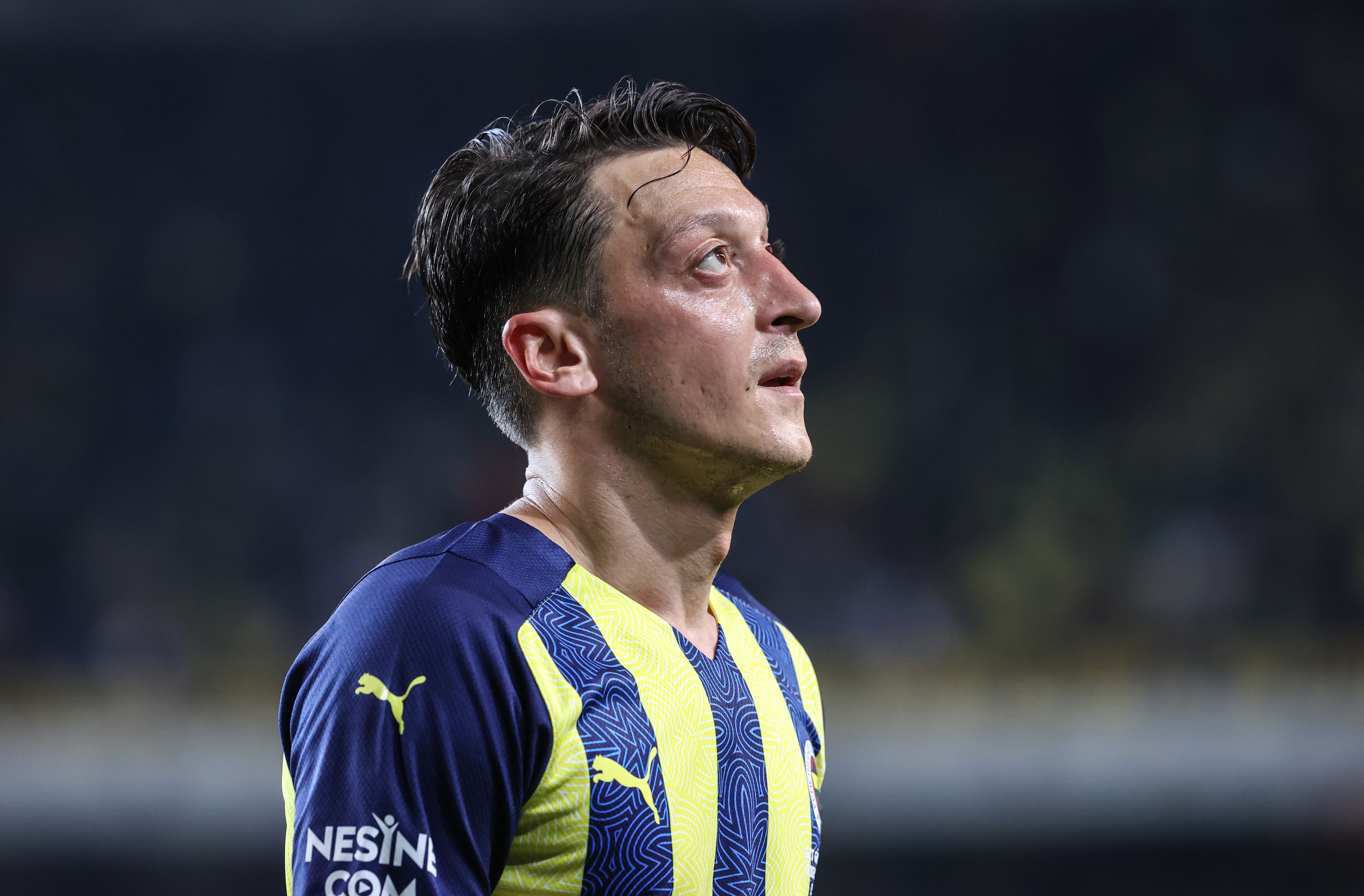 Ozil was hooked and replaced by Dimitris Pelkas just four minutes after Pieter Gerkens had equalised for the Belgian visitors in the Europa League clash.

But the 33-year-old reacted in furious fashion after his number was held up.

He proceeded to boot the water bottles as he made his way back to the bench before flinging his shirt after he tore it off.

His childish reaction did not go un-noticed and the playmaker took to social media after the match to explain his actions.

"The reaction I showed while leaving the game last night was related to the tension in the game and an important match that we had to win.

"I never targeted anyone, yet I shouldn't have done it. Keep fighting for Fenerbahce!"

Ozil's boss at Fenerbahce Vitor Pereira refused to slam the former Gunners man and instead praised his performance before the sulk.

He said: "We needed more intensity and some fresh blood.

"Mesut did well today, he can do well on the ball but today we had difficulty in keeping possession.

"For sure I cannot know what would happen if we did not bring him off.”

Fenerbahce are third in Group H – one point above Antwerp who are bottom and four behind Olympiacos.