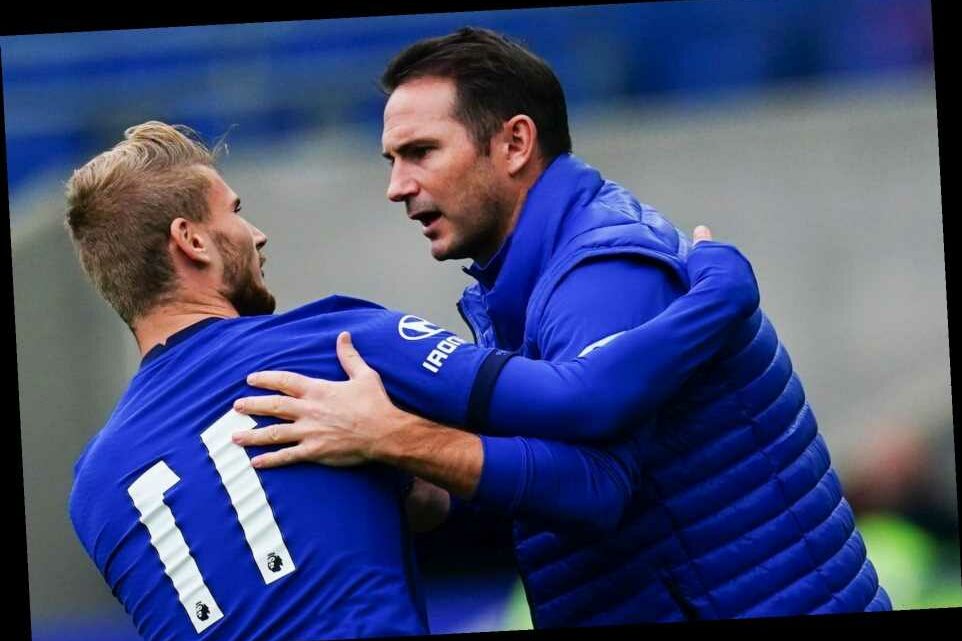 FRANK LAMPARD is not worried by Timo Werner's hit and miss start at Chelsea.

The German drew another blank during Saturday's 0-0 bore draw at Old Trafford. 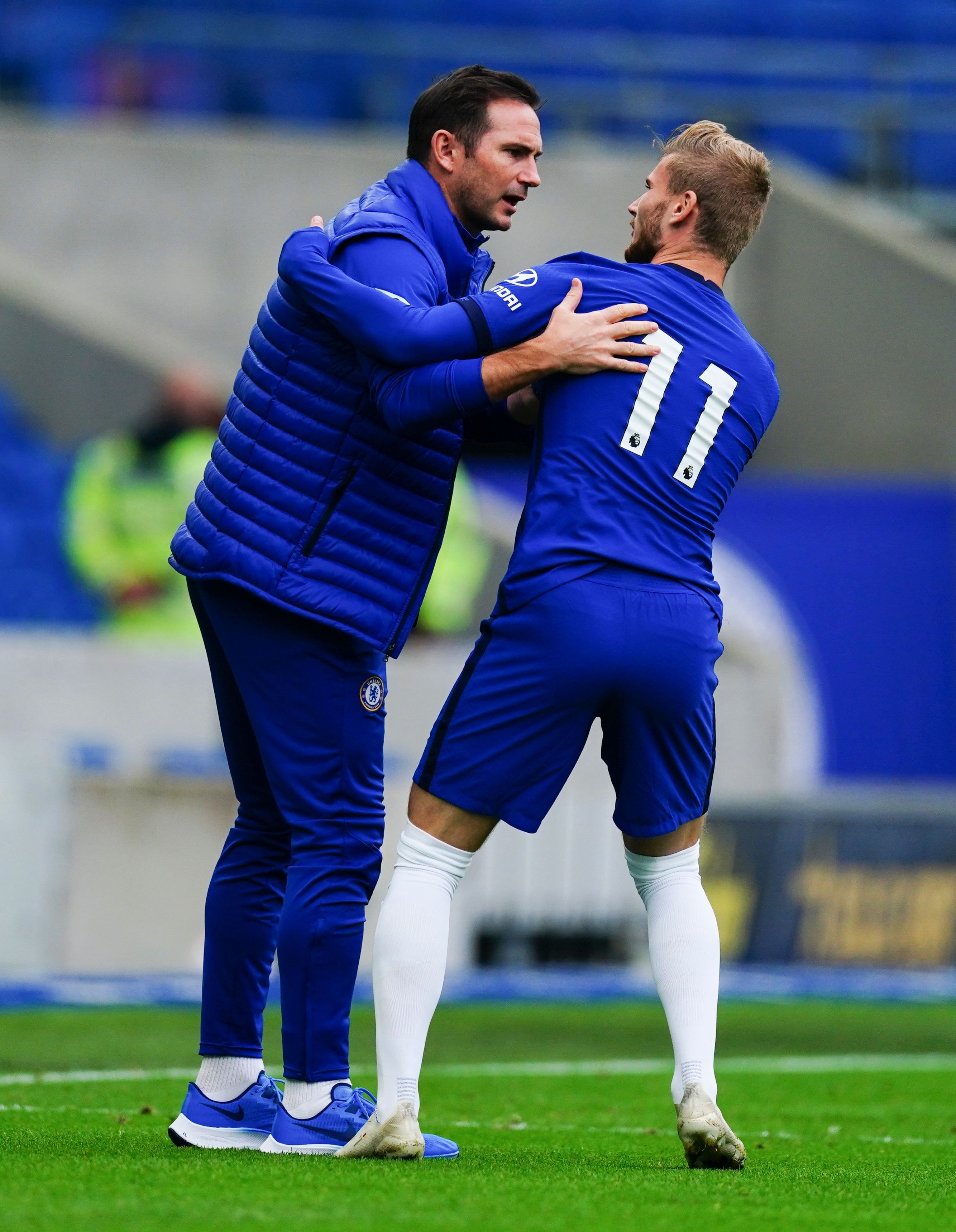 And he also struggled to score before finally getting his first league goals with a brace in the Blues' 3-3 home draw with Southampton the Saturday before.

The 24-year-old signed for Chelsea in a £53million deal from RB Leipzig in June.

He scored his only other competitive goal in their League Cup defeat to Tottenham on September 29.

But Lampard is not concerned by the seemingly sporadic nature of Werner's goalscoring.

Speaking ahead of his side's Champions League trip to Krasnodar tomorrow, Lampard said: "I am very happy with Timo.

"If you go back to the game before, he scored two goals and Kai Havertz scores a goal.

"I am least worried about the front end of the pitch with the players that we have there.

"It is normal that it will take some time for relationships – for when we have got to put the ball in behind, the ball into feet – clearly these things are going to take time to build.

"The reason we brought Timo and Kai into the club is to add to the quality we already have here.

"Hakim Ziyech is looking like he is getting close to starting a game with his fitness. I have no worries about that.

"The last bit didn't happen for us [vs United]. It is normal, that happens in football, but I am very happy with the players."

Werner recently said he idolised Chelsea players as a kid – including Lampard.