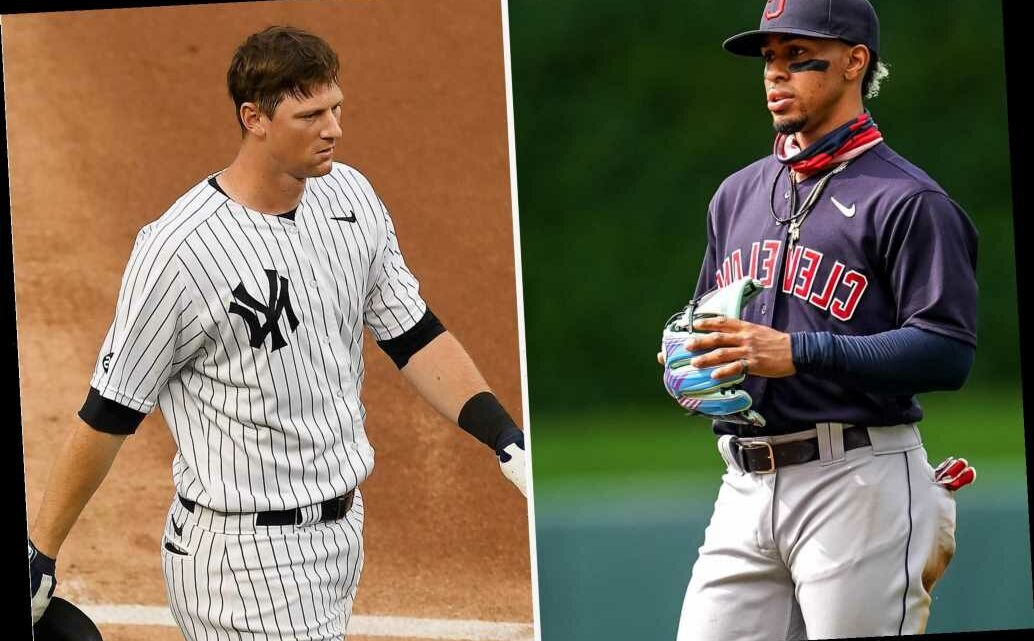 Yankees have a growing threat in their DJ LeMahieu pursuit

The Yankees’ slow offseason is starting to become a problem for Michael Kay.

The YES Network play-by-play man and ESPN Radio host took the team to task on Thursday in the wake of the Mets’ trade for Francisco Lindor.

The Yankees’ offseason is seemingly on hold until DJ LeMahieu — the team’s top priority — makes his free-agency decision. The glacially paced baseball offseason allows for patience, but that changed on Thursday, at least for Kay.

“Here’s the deal: I always felt a perfect Plan B if you didn’t sign DJ LeMahieu would be to pivot, get Francisco Lindor, move Gleyber Torres to second. Boom, you’ve improved your defense,” Kay said on his radio show, via NJ.com.

“I’ve always been very, very honest when people were saying, ‘Why aren’t they signing LeMahieu?’ I said, ‘Well, what’s the rush? The great (free agent) players are still out there. Trevor Bauer hasn’t signed. George Springer hasn’t signed. J.T. Realmuto hasn’t signed. And DJ hasn’t signed.’ Very slow-moving market. But if this slow-moving game of chicken that the Yankees and LeMahieu are playing with each other cost them the chance at Lindor, that’s a bad job.”

The Yankees are determined not to surpass the $210 million luxury tax threshold this offseason, which leaves them with approximately $30 million to spend.

Prior to the Lindor acquisition, the Mets were considered one of the potential challengers for LeMahieu. The Dodgers and Blue Jays remain threats.

The Post’s Joel Sherman reported in mid-December that the Yankees and LeMahieu were $25 million apart in contract negotiations. Aside from wanting to retain LeMahieu, the Yankees also have a glaring lack of depth in their rotation. The Mets’ trade also landed them quality veteran starter Carlos Carrasco.

“You can’t sit here until February and allow DJ LeMahieu to make a decision,” said Kay, who started his Thursday show an hour early to discuss the breaking Lindor news.

“And if you’re DJ LeMahieu, you can’t sit there and let the Yankees play their game. They both have to come together: ‘What’s your best offer for me right now?’ And if DJ’s agent said (to the Yankees), ‘The only way we’re going to get this done is five years’ when he knows he’ll take four … They have to come to a come-to-Jesus meeting and say exactly what the deal is because if all of this posturing cost you your plan B, not good.