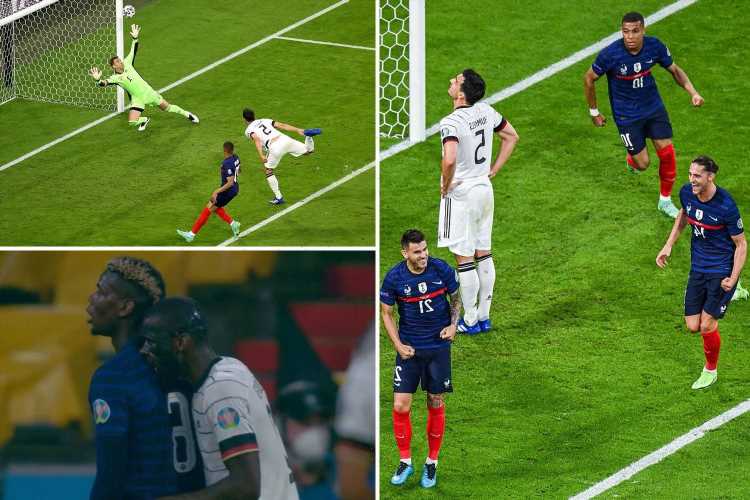 IT was always going to take something special to separate these two giants – but no-one expected quite the Humm-dinger which did so.

And so much for German boss Joachim Low finally sleeping easy again at the progress his rebuilt Mannschaft has made. 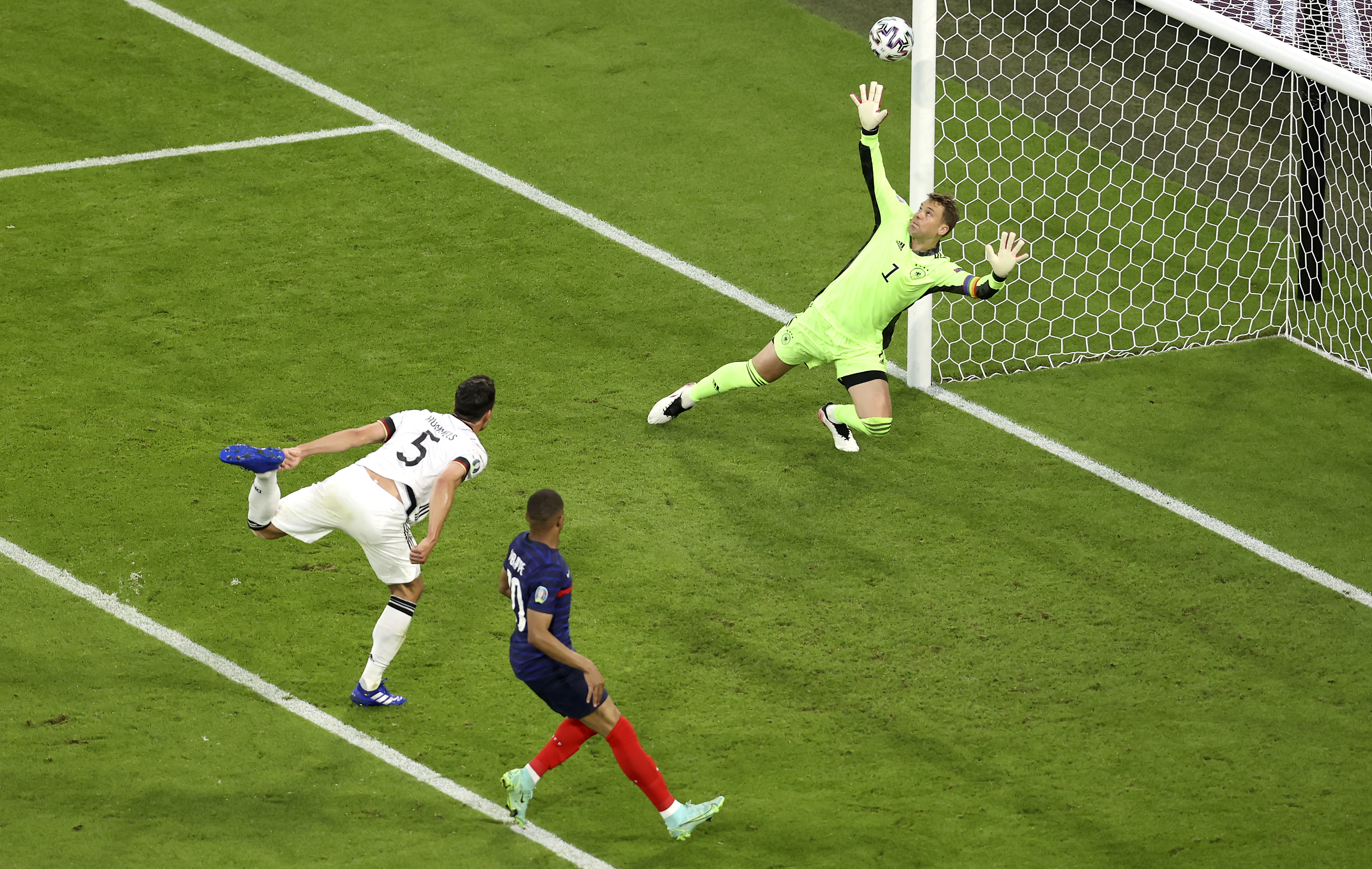 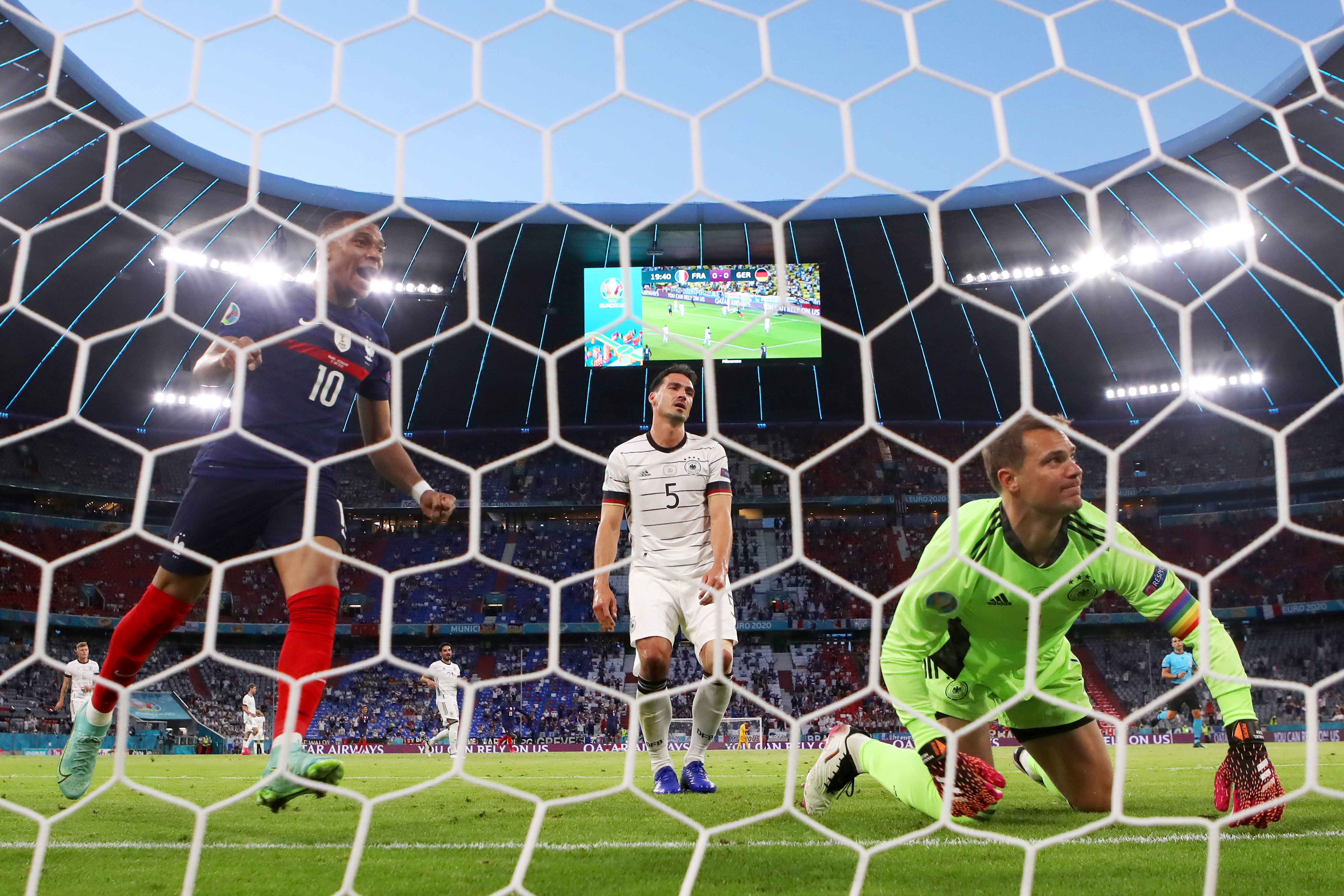 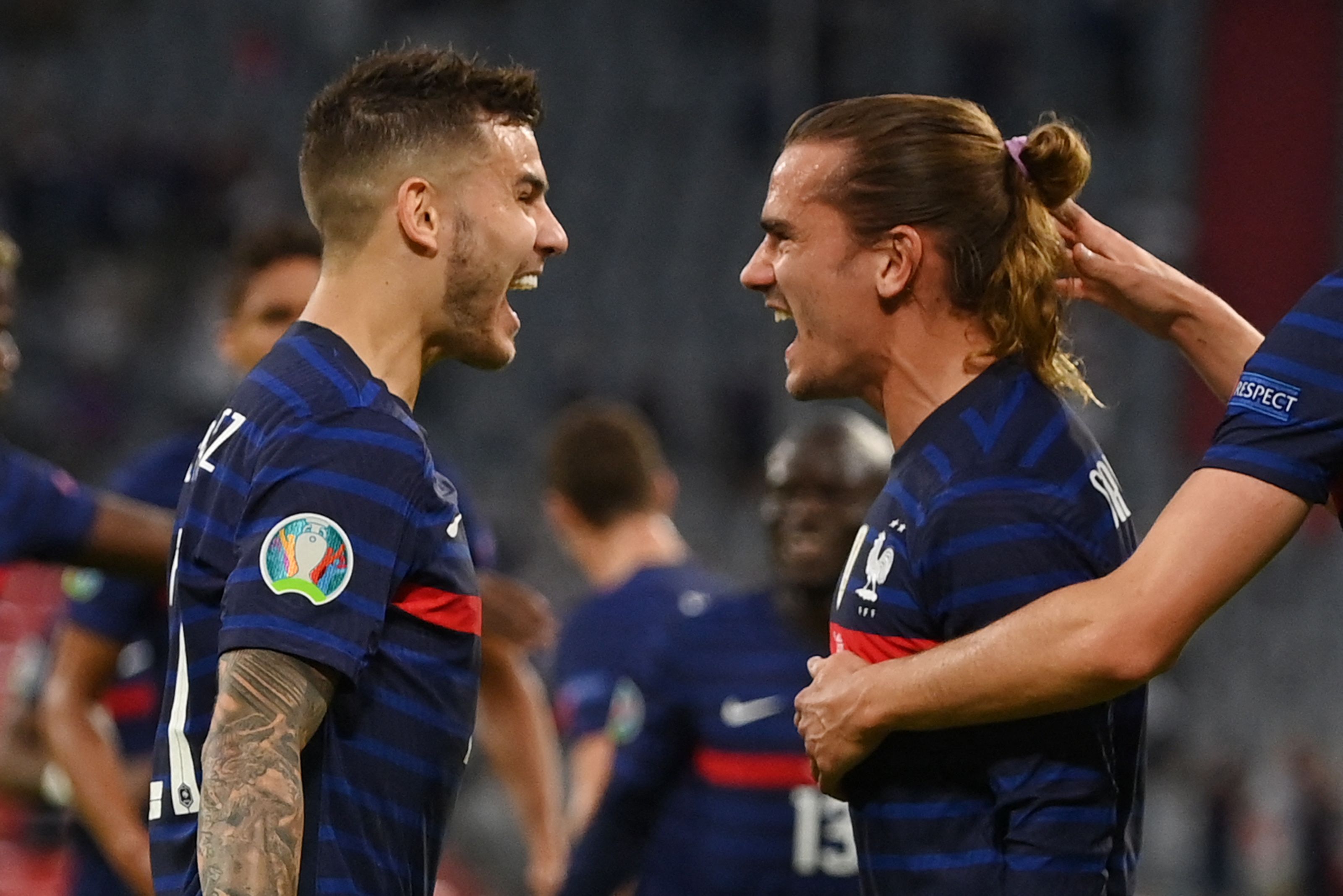 For the soon-to-depart gaffer will have nightmares about the goal that decided this heavyweight showdown every time he closes his eyes.

A comedy, tin-legged attempt to clear from the recalled Mats Hummels which instead flew into his own net and turned up the heat on Low and Co.

And you know that saying about how a manager stands or falls by his big decisions. Well you can chalk this one up as a definite backfire.

Hummels’ international career had ended after the horror show that was the 2018 World Cup, when he and Thomas Muller were told they were surplus to requirements.

Approaching the Euros, Low had a change of heart, both returned to the fold…and Hummels shot himself and a whole nation squarely in the foot.

He was actually on the scoresheet the last time these two met as well. Only that was in the right net, and the winner in a 2014 World Cup quarter-final.

Funny old game, eh? Well, at least it is if you’re not from Germany, anyway.

To be honest, though, as much as the winner itself was a scuffed, slapstick strike, France just about deserved it. 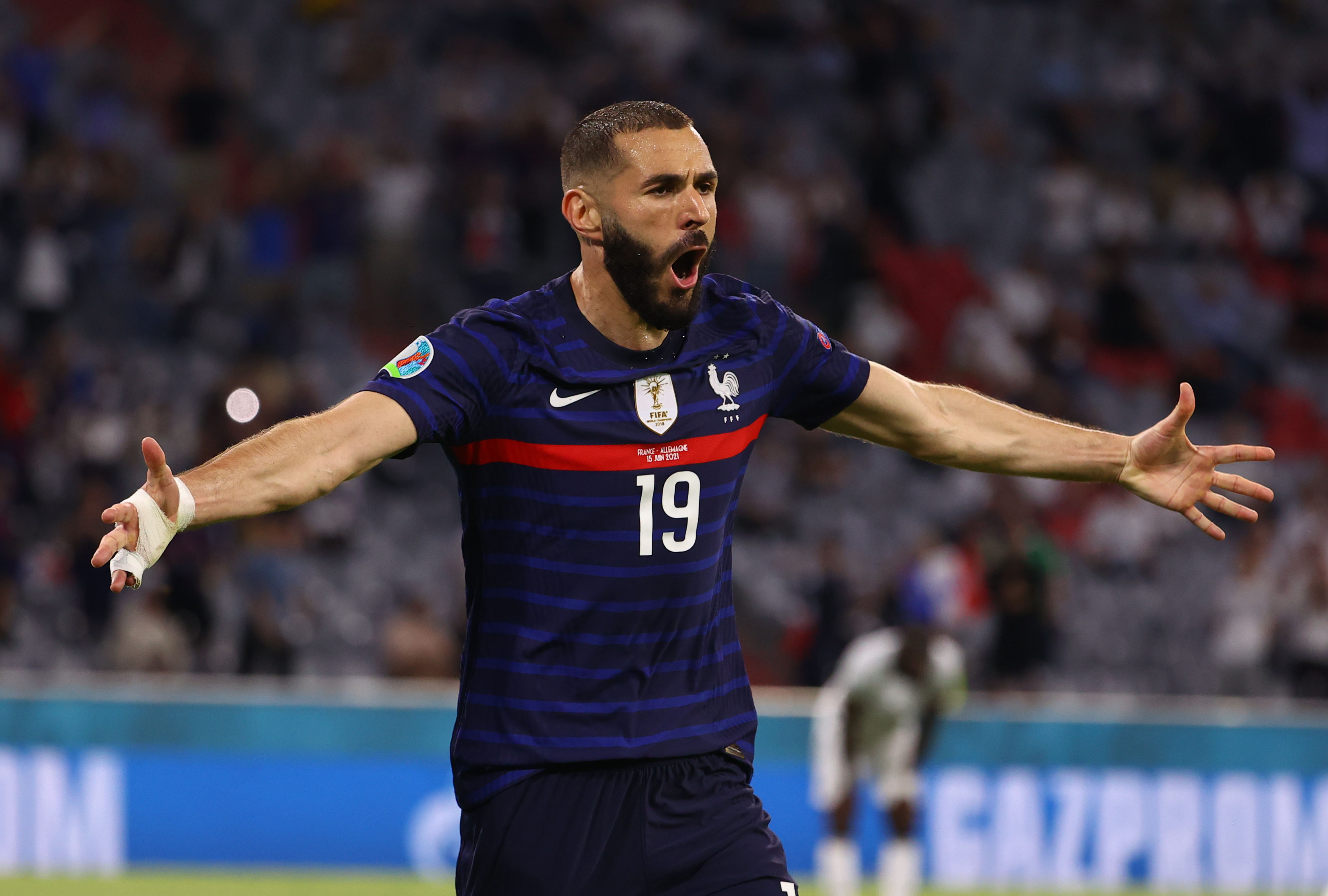 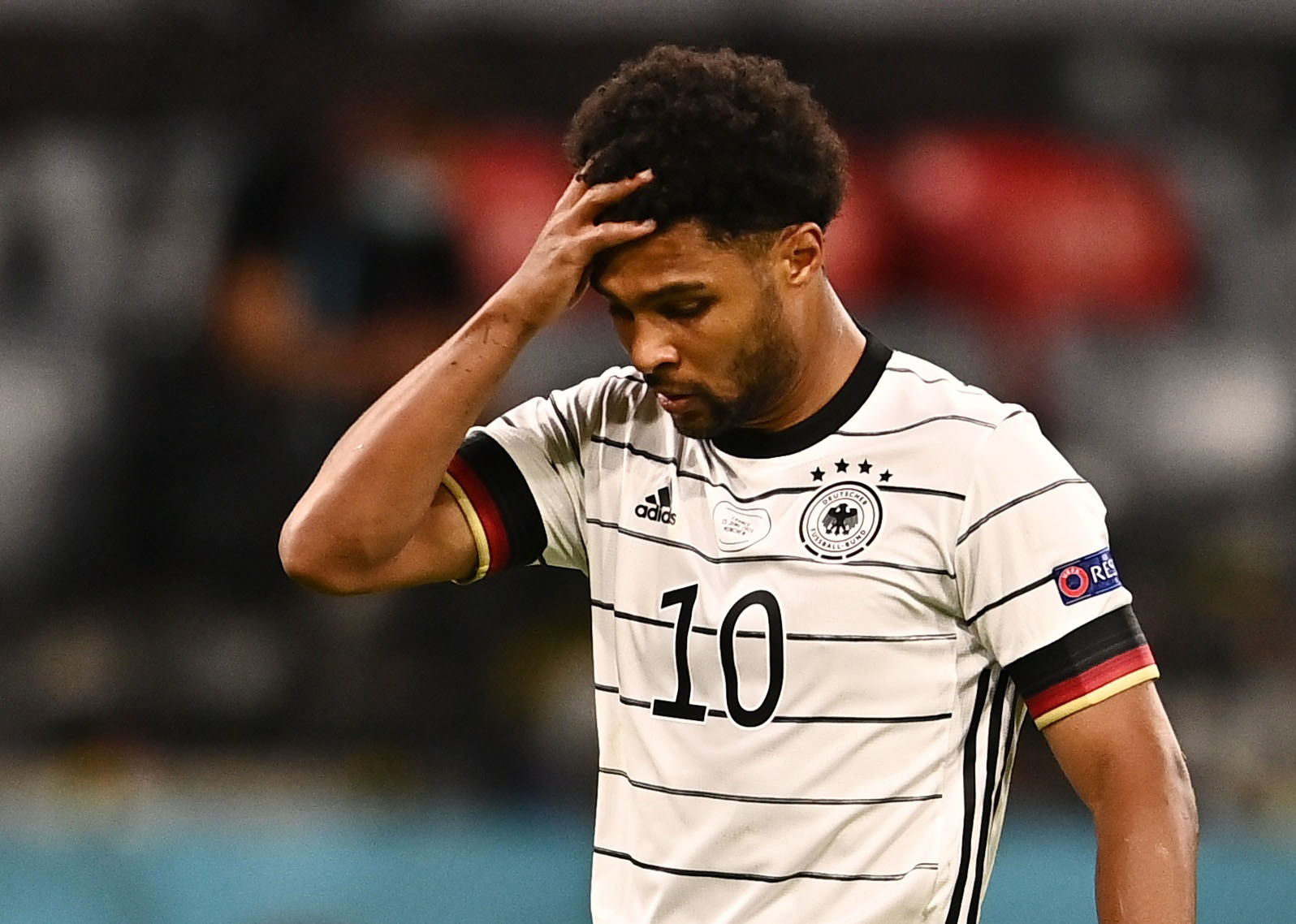 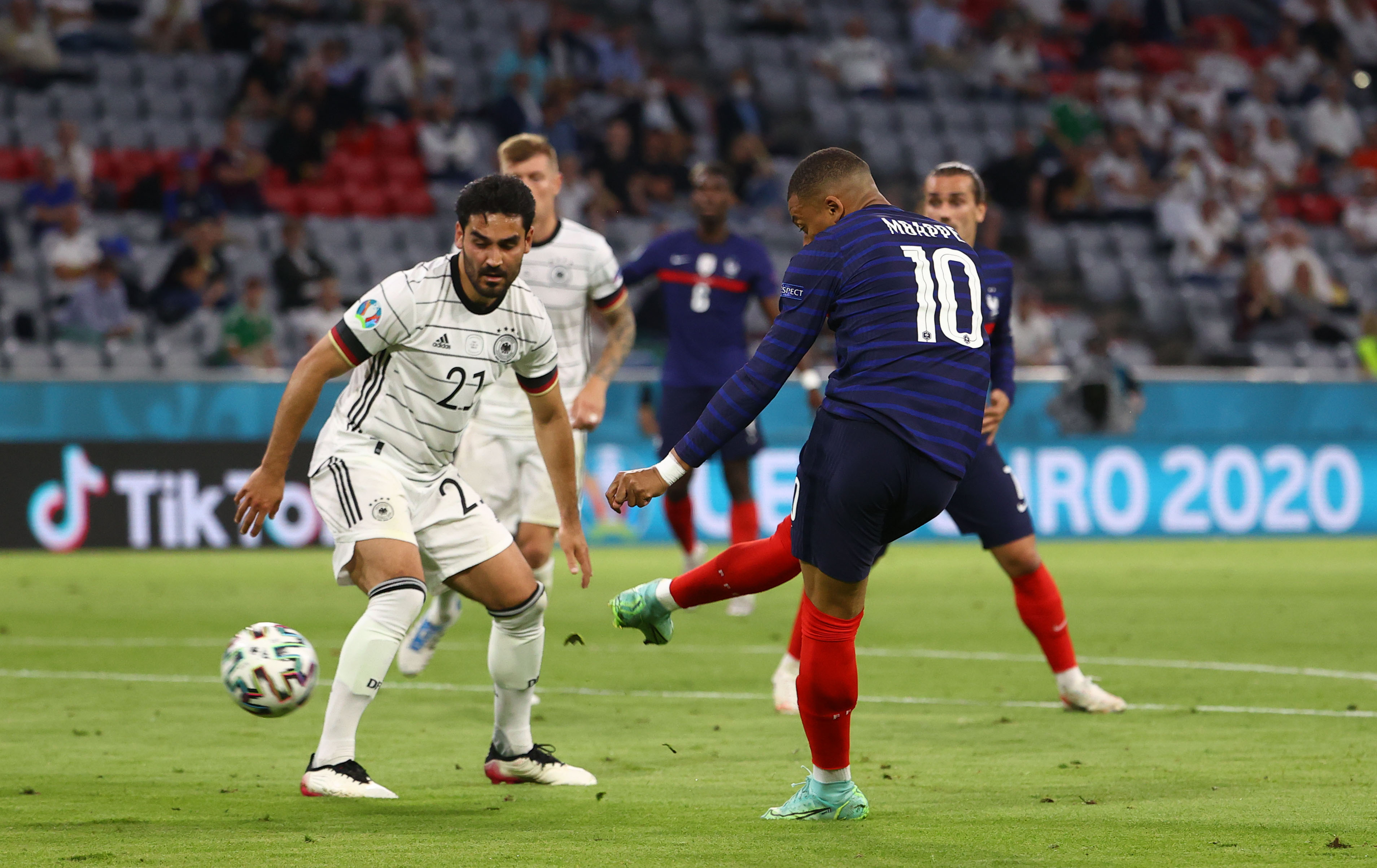 Indeed, if it hadn’t been denied by two hair’s-breadth offside calls, Kylian Mbappe and Karim Benzeman would have been celebrating goals and it would have been a stroll.

Both just about correct, but boy it was close.

And for all the goal was hardly a memorable one, the brilliant vision and delivery from Paul Pogba to help tee it up certainly was.

Only he spotted Lucas Hernandez ghosting down the left and floated the perfect outside-of-the-boot pass into the space.

Hernandez drilled over the cross, Hummels got his legs in a right old mix and the ball arrowed off his shin into his own net.

It was a moment of redemption for Pogba, too, because minutes earlier he had risen unopposed to meet an Antoine Griezemann corner and somehow headed over from six yards. 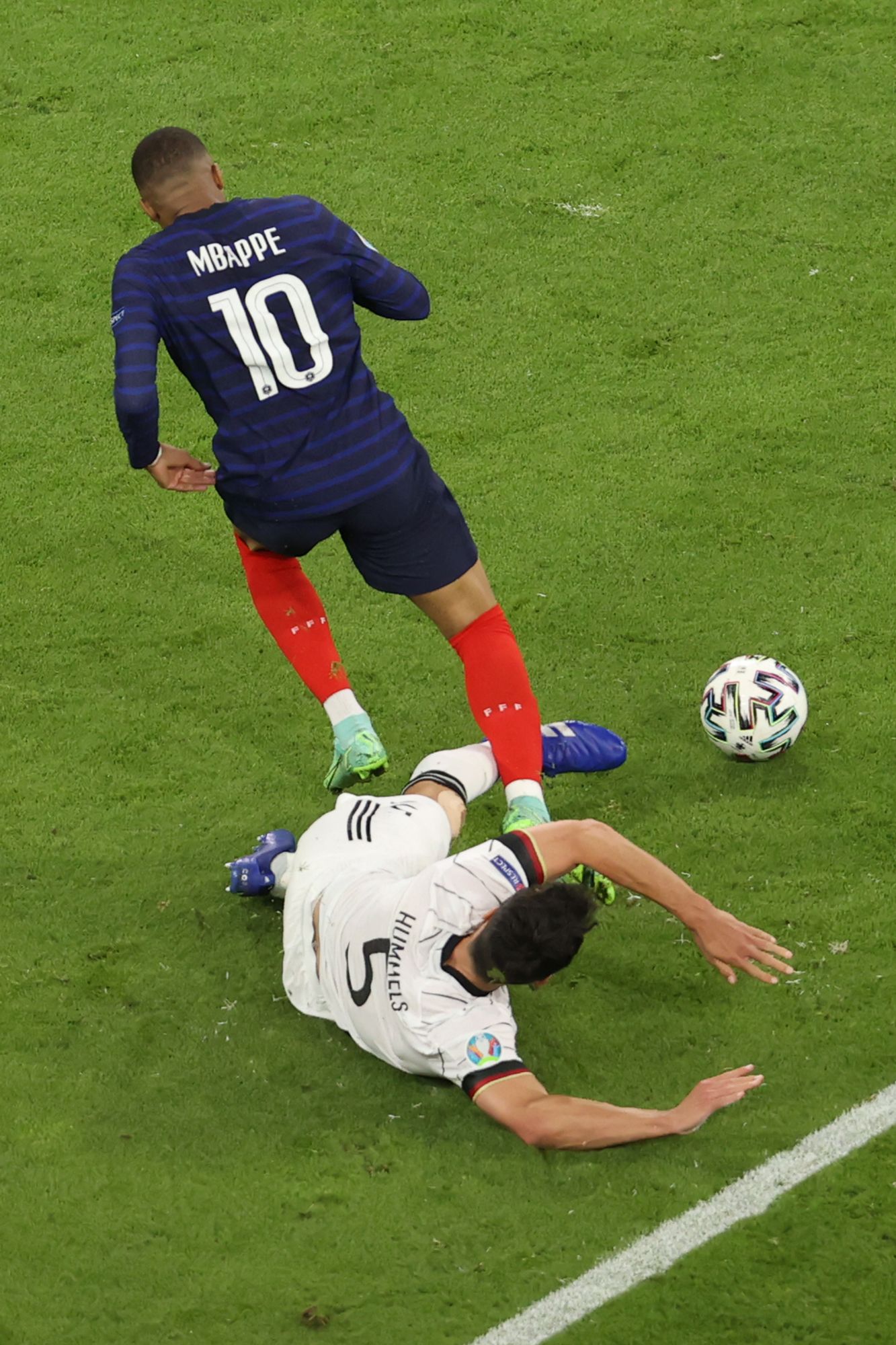 It was a rare blip for the Manchester United midfielder, who was spraying passes around so impressively even Graeme Souness would have found it hard to put the boot in.

Then again, maybe not. And Pogba did dip noticeably after the break…although having said that everyone in a blue shirt did.

That was down in no small part to Germany finally getting their act together and realising it wasn’t illegal to pass to your own team-mates. They did precious little of it in the first half.

And if Adrian Rabiot had raised his head instead of having tunnel vision for the target, it would have been wrapped up before the men in white sorted themselves out.

Kylian Mbappe sent Rabiot  haring clear down the left, but with Griezemann free and screaming for a pass, he chose to shoot and clipped the outside of the post.

The Germans off the hook, and the same again as they shortly after…this time thanks to a linesman’s flag. One that was, to be fair, pretty dead eye with its accuracy as well.

Not half as clinical as Mbappe, though, who – picked out by another stunning Pogba pass – curled a through a crowd of legs and in off Manuel Neuer’s far post.

Cue wild, yet very brief, French celebrations, as the PSG striker had strayed half a yard too far before Pogba’s ball.

At least there was no doubting he was onside when he gave Hummels a five yard start but shot through and looked for all the world like he was about to end any doubts.

Yet somehow Hummels, at 35 some 11 years older, stretched an elastic leg and just got studs on the ball before he pulled the trigger.

Mbappe felt it was a dead-cert penalty. So, in fairness, did all of France, but not referee Carlos Grande.

It mattered not, so we thought, when Pogba sent him scooting away again, he picked out Benzeman right in front and bang, game over.

Well actually not quite, as VAR official Juan Martinez decided Mbappe had again gone a split second early and Germany breathed again…they just couldn’t make the most of it.

So all in all the most disappointing of openings for Low. Yet still no reason to be too entirely downhearted.

They bossed large chunks of the second half and could mount a good case for deserving a share of it. Well that’s their argument and they’re sticking to it.

Yet what it does do is crank up the heat ahead of Saturday’s clash here in Munich with Portugal, Group F table-toppers after their opening game win.

With maybe even third place being good enough, it is not crisis point yet. But Germany cannot use that as a safety blanket.