Home » Sport » For The Love Of The Game: Sticking it out with lacrosse 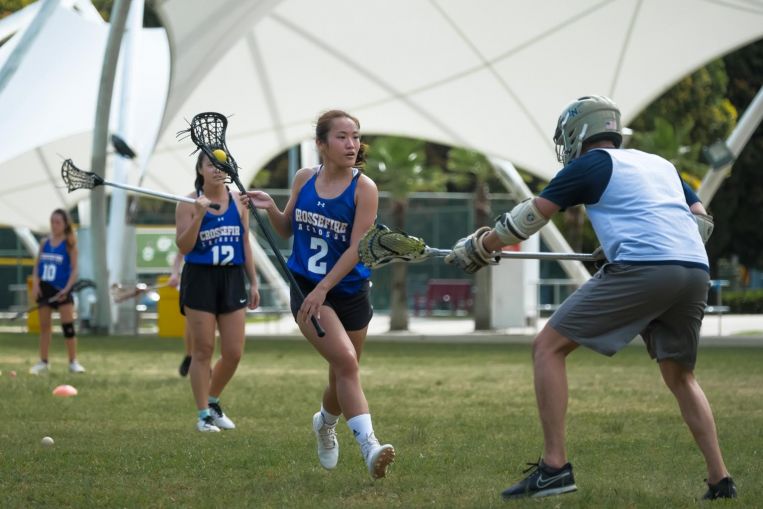 For The Love Of The Game: Sticking it out with lacrosse

SINGAPORE – Just days before her university final exams in 2018, Jessie Chan was in the thick of competition at the Hong Kong Lacrosse Open.

In the four-day event, which was the Singaporean’s maiden international competition since picking up the sport in 2013, she found herself coming up against players from Hong Kong, China and Japan and experiencing the rigours of participating in such tournaments for the first time.

Although her team did not win their games, the eye-opening experience is etched firmly in Chan’s memory.

After all, replicating the excitement of competition is a tough ask here as the sport is played only by a pocketful of enthusiasts with regular events, such as a local league, difficult to come by.

Chan has, in fact, dedicated a significant part of the past eight years to attempting to grow the sport. There had been times when the 24-year-old had thought of quitting because of the challenges of developing the local landscape.

Over the years, the regional strategic manager, who is part of local interest group Crossefire, has seen the number of local players dwindle and has had her commitment to the sport questioned. But one of the things that has kept her playing is others who share the same goal to expand the game here.

She said: “There have been a lot of challenges along the way. Why I’ve stuck around is because there is this group of like-minded individuals who really want to grow the sport.

“It’s also a unique sport and you get addicted to it because you think about the different tactics and techniques that you can carry out with your teammates to get a goal.”

Lacrosse is a team sport started by Native Americans. In the game, a lacrosse ball is thrown, carried and caught with a long-handled stick having a curve L-shaped or triangular frame at one end with a piece of shallow netting. It is typically played between teams of 10 players each and points are scored by shooting the ball into the opponent’s goal.

In Singapore, the sport is played mainly by expatriates and most of the activities are overseen by the Singapore Lacrosse Association (SLA), which, despite its name, is essentially a club.

Like Chan, Marcus Koh has been actively involved in outreach programmes to introduce more locals to lacrosse. The 25-year-old started playing the game five years ago when looking for a new sport to take up while he was still a student at the National University of Singapore.

After one session, he was hooked on the game.

Koh said: “I found it really challenging, but everyone was starting off on the same foot – there weren’t any ridiculously good players so I felt like I could grow along with the sport.”

While the engineer has continued to play lacrosse, he too has seen many enthusiasts come and go after graduating from university because of their work schedules.

Other obstacles that deter people from continuing include costly equipment, which has to be shipped in from overseas. Women’s lacrosse equipment, which comprises a lacrosse stick, mouth guard and goggles, can cost anywhere from $100 to over $500 for more advanced players.

For the men’s game, other equipment such as helmets and gloves are required, with the total set-up costing from $200 to $1,000.

Facilities are another obstacle as there are no dedicated lacrosse playing grounds in Singapore. The Crossefire group – who have just over 50 members – train once a week at a field in Bishan Active Park, but that means they have to share it with other users.

Booking a private field would mean added costs of $200 more per session, which is not a viable option now.

Koh said: “The hardest part is getting people to commit. A lot of people join for a few months and come occasionally, but if you don’t practise often, you can’t improve.”

They also launched the Crossefire League in which teams play scrimmages against each other.

Because of the lack of players, the league is played between teams of seven instead of the traditional 10 a side.

Koh and Chan hope to have more than just the Crossefire League in the future, with the dream of having enough local players to form a national team one day.

Chan said: “The main goal is to grow this sport in Singapore. What we’re trying to do is building up a competitive team so that we can go out there and play as a full local team.”

But as opportunities to participate in international tournaments and test matches are rare for local lacrosse players, they acknowledged that SLA has helped greatly in providing these chances.

Some Singaporean players join SLA teams to take part in competitions such as the 2018 Hong Kong Lacrosse Open that Chan took part in.

Since 2016, SLA, which is a member of World Lacrosse, the international federation for the sport, has been channelling its focus to the youth scene by setting up an academy for those aged seven to 17.

Academy players are taught the basics and fundamentals of the game and more advanced players are given the chance to coach younger players.

The academy has grown from about 20 youth players since it started to 65 now. One such player is Francesca Masi, 13, who has been in the sport for five years.

She began coaching SLA’s 12 and under players last year.

Having seen his father coaching, Campbell Reid, 16, decided to also try his hand at it.

The United World College of South East Asia Dover campus student said: “When you’re coaching you work on the techniques a lot more. “I have some things to improve on in my own game and use the opportunity in coaching to teach the younger ones the best possible way. It helps in playing to go back to the fundamentals.”

If you want to take up lacrosse

SLA: Wednesday from 6-7 pm (only for youth academy), Saturday 9.30am-12.30pm (one hour-long for the various youth age groups and adult category)

SLA: Two free practice sessions, after that $400 (youth academy), $275 (adults) per season. Spring season runs from January to May, while fall season is from August to December.

Learn the fundamentals of the sport, playing the game

What time is the minute silence for Covid Memorial Day today, Friday, March 5?