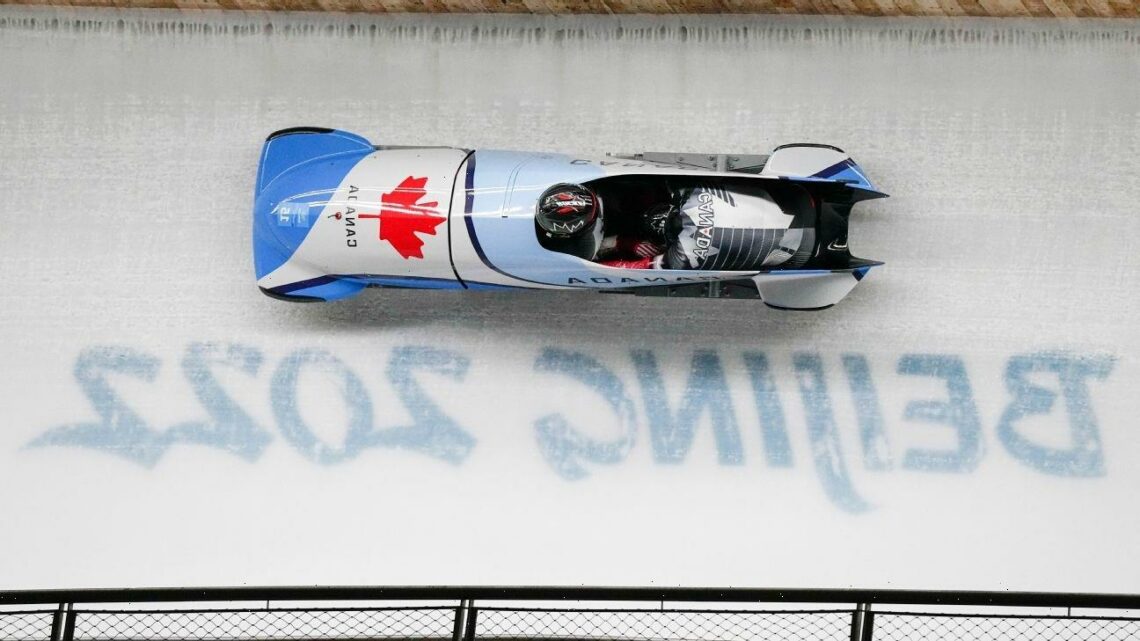 “For Sale: One bobsled. One previous owner.

When Canada slides down the “Flying Snow Dragon” track at the Yanqing National Sliding Centre for its first heat in the four-man bobsleigh Saturday at the 2022 Winter Olympics, it will be driving the sled that won gold for Germany’s Francesco Friedrich’s team four years ago in Pyeongchang.

Friedrich is aiming to become the first Olympian to win back-to-back gold medals in both the two- and four-man bob. He already secured gold in the two-man, but Canada’s team is hoping to end Friedrich’s plan with his own creation in the four-man.

The German team and its sled tech, made in partnership with BMW’s research and innovation department, is upgraded for each Olympic cycle. Since it was now redundant, the team could have stashed the sled from 2018 in the garage or used it for training or spare parts. Instead, it put a “For Sale” sign on it.

“[Friedrich] definitely wouldn’t have sold the sled if he didn’t have something better, right?” said Canada bobsledder Justin Kripps. “It’s a very expensive item to have sitting in your garage unused, so I can see why he sold it.”

Canada’s four-man pilot, Christopher Spring, took time to adjust to the secondhand sled — adorned in a blue and white design in tribute to the Royal Canadian Navy — but has grown to love it.

“I had some growing pains in that thing. It took me a while to get used to it, but I’ve got a good feel for it now,” Spring said. “[I’m] happy that I feel comfortable in it now, and we’re here at the right time with that feeling.”

Friedrich is considered one of the greats of bobsledding. Since Pyeongchang — where he tied for gold in the two-man with Canada’s Kripps and won the four-man — he has competed in 71 major international races, winning 82% of them and earning medals in 94%. However, his dominance is not received with resentment from the rest of the field.

“Friedrich helps other people out and I don’t think the sled thing was a charity thing, to be honest,” Kripps said. “He could have easily sat on it and sold it after the Games.”

Friedrich’s influence extends to both the Austria and the U.S. teams. When fundraising ahead of their seasons, both offered supporters the chance to have their names on their sleds in the World Cup if they committed $500. Friedrich duly sent over the money.

“Francesco thought it would be funny if his name was on my sled,” Austria’s Benjamin Maier said. But it was a heartfelt gesture and Friedrich’s generosity stretches beyond him having a bit of fun as he looks to preserve the long-term health of the sport.

“We Germans have so much equipment,” Friedrich said. “The money, when I give it to a young German team, they have enough, they don’t need it. Over the years you’ll see that the [number of] major nations [in bobsled] gets smaller and smaller. I said to myself that I want to do this for other nations who don’t have the materials, who don’t have the trainers, who don’t have the sponsors, to keep the bobsleigh family alive.”

Bobsledding is an expensive sport. Back in November, the Jamaica Bobsleigh & Skeleton Federation made an appeal to crowd-fund the team’s way to the Olympics, seeking to raise $194,000. “Four-man off-the-shelf can cost $140,000 and it doesn’t even have an engine,” the statement read. “Our athletes are among the best in the world. They are as committed, hardworking, resilient, and talented as any, but without elite sleds they can never reach their potential. We don’t want to be drag racing in a Prius.” Jamaica had to spend $40,000 to transport the equipment to Beijing, even sending it weeks in advance of fellow competitors to keep costs down.

The German team doesn’t have such financial constraints, given the wealth generated through primetime TV coverage and a batch of sponsors, which all help Friedrich in this chase for Winter Olympics immortality.

In April, Friedrich will fly in for Kripps’ wedding in California, but with the 2022 gold for the two-man bob already to his name, Friedrich will have little room for sentimentality when he looks to take the four-man gold this weekend. Yet his team will be up against a Canadian squad keen to knock them off their perch, plotting their downfall with their old ride.

“He wins everything right? So obviously people would consider him the one to beat,” Kripps said. “I think they also considered him the one to beat going into 2018, and he’s even more dominant now. But this is the Olympic Games. It’s four runs, anything can happen.”