Home » Sport » For Melburnians, the Australian Open Tests Anxieties About the Virus 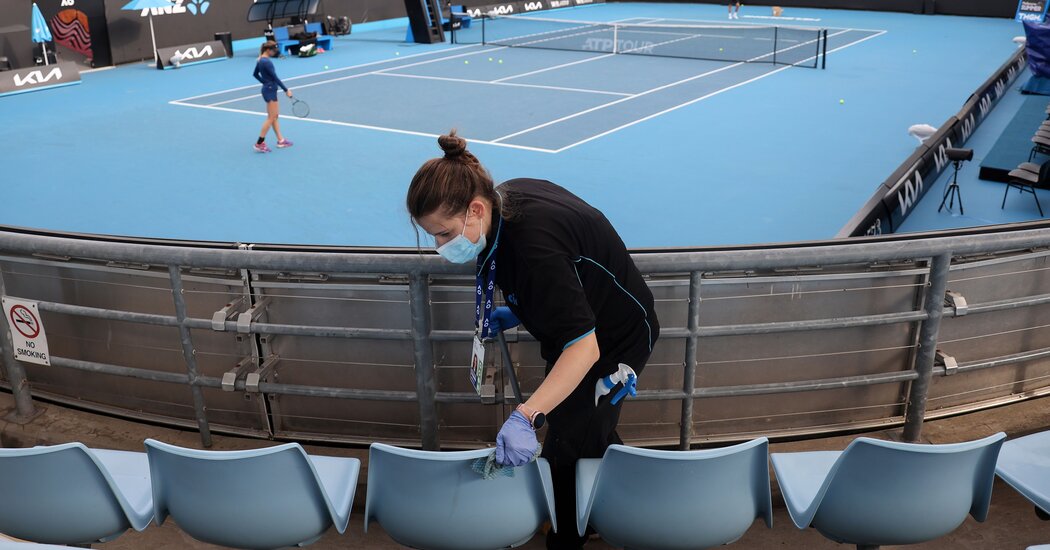 For Melburnians, the Australian Open Tests Anxieties About the Virus

MELBOURNE, Australia — From the banks of the Yarra River to the vineyards of Mornington Peninsula, the news out of muggy Melbourne Park sent shivers across the state of Victoria.

A worker at one of the hotels where players and officials were quarantined ahead of the Australian Open had tested positive for the coronavirus. The announcement, made late Wednesday, carried an irksome echo for Melburnians who have endured three lockdowns, including one that lasted 111 days, to successfully subdue the coronavirus.

“There’s no reason for people to panic,” Daniel Andrews, Victoria’s premier, said on Thursday. But in many circles of this city, that button had already been pressed. The first tennis major each year is the crown jewel in this country’s sporting calendar, but even before the positive result snapped the state’s 28-day streak of zero community transmission, many Australians seemed conflicted about going forward with the event.

Ian Hickie, a professor of psychiatry at the University of Sydney, said that Australia shut down the country last year — at tremendous cost to the economy and people’s mental health — “so we are spared the physical health disaster of North America and Europe and South America.”

To risk giving back those hard-won gains “just doesn’t make sense outside a very narrow business sector,” he said, adding, “I think it would be safe to say most people are furious that it’s gone ahead.”

The letters sections of Australia’s newspapers in recent weeks have become a Greek chorus, with readers railing about the hypocrisy of welcoming international visitors while continuing to shut out Australian citizens stuck abroad and about the dissonance of preaching about public health and safety while seeming to prioritize a world showcase event.

The tournament had planned to allow up to 30,000 paying fans a day on the grounds, but the positive test prompted some ticket holders to ask for refunds on Twitter.

Six men’s and women’s tuneup events at Melbourne Park were suspended Thursday, with matches rescheduled for Friday. The draw for the Australian Open was also postponed by a day to Friday. Craig Tiley, the chief executive of Tennis Australia, remained resolute that the Australian Open would start, as scheduled, on Monday. 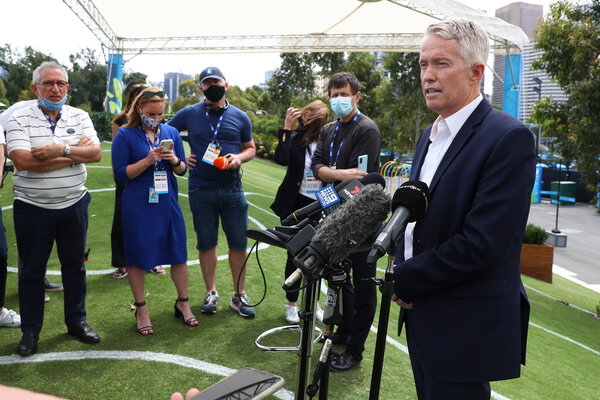 “This is not about no risk,” Tiley said. “There’s no such thing as no risk. There’s always going to be risk. The objective is to minimize it as much as possible.”

Restrictions on travel to a nation surrounded by water have helped Australia get and keep the virus largely under control. There were 52 active coronavirus cases in the country as of Thursday and nine people in the hospital. With a population of 25.8 million people — about four million more than live in Florida — Australia has had 28,838 cases and 909 deaths related to the virus.

That more than 1,200 visitors associated with the Australian Open, including those from countries where variants of the virus have shown to be more transmissible, were given exceptions to enter the country confounded Hickie. “Our social cohesion and cooperativeness isn’t something that you can buy, and the sense that some people are just more important than others is a very un-Australian concept,” he said.

In mid-January, as the players settled into their mandatory 14-day quarantine — some more cheerfully than others — Australians seemed divided. Some were aligned with tennis and government officials who looked at Victoria as a liberator rescuing international sport from the tyranny of the pandemic. Others believed that Australia’s standing as one of the leading countries in containing the virus carried more prestige than its standing as one of tennis’s four Grand Slam host countries.

“There’s a great analogy with bushfires,” Hickie said. “You went to bed and the bushfire was under control, and you woke up and your house had burned down. The idea that you can control this virus has proven to be a fallacy worldwide, and we’re not out of the crisis yet. But there’s great pride in Victoria over the collective effort to get it right.”

For Melburnians who have repeatedly, and resolutely, sacrificed personal comfort and convenience for the collective good, rooting for the sporting elite who have parachuted into their city for a five-week run at individual glory can seem too much to ask.

Darren Scammell, who stopped as he walked across Federation Square, a normally busy meeting place in Melbourne’s central business district, said he had tickets for a session during the second week of the Open.