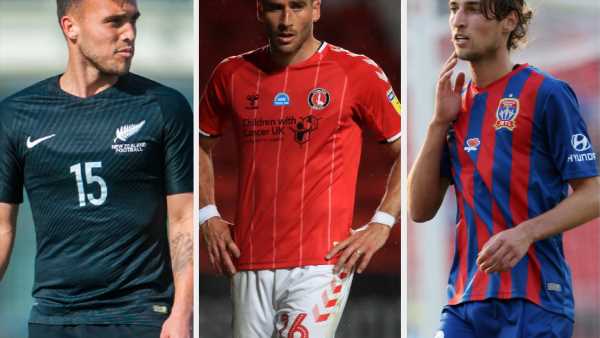 Football: Jason Pine – Analysing the new faces for the Wellington Phoenix ahead of new A-League season

Fifteen of the Wellington Phoenix squad from last season have returned for the new campaign, but who are the new (and returning) faces charged with the task of filling the boots of the departed Steven Taylor, Libby Cacace, Gary Hooper, Matti Steinmann and Callum McCowatt? Jason Pine analyses the new signings.

Israeli striker Tomer Hemed comes to the club with excellent pedigree, having played in both the English Premier League and Spain’s La Liga. A decent chunk of the Phoenix’s goalscoring load will fall to the 34-year-old, who takes up the mantle of another former Premier League marksman in Hooper. If Hemed can deliver on his potential, he appeals as the team’s most important acquisition for the new campaign.

Having spent the last six years playing in Germany, utility Josh Laws was lured to the Phoenix by coach Ufuk Talay, the pair having previously worked together as part of age-group Australian sides. A left-sided player who can fill several roles, Laws will initially slot in at centre back, replacing Taylor. With the carrot of a spot in the Australian Olympic side dangling in front of him, Laws has all the motivation he needs to produce a standout maiden season in the A-League.

Clayton Lewis has perhaps the most to prove of any player on the Phoenix roster. The 23-year-old Kiwi has long been touted as a player with professional and international credentials and despite a stint at English club Scunthorpe and 15 All Whites caps, there remains a sense of untapped potential. Lewis first faces a fight to make the Phoenix’s starting side, but can take a big step in his career by delivering performances to match his ability.

Young Australian striker Mirza Muratovic caught the eye for the Brisbane Roar last season, playing 13 games and scoring twice in his first A-League season. The 20-year-old may be limited to an impact role this season with the Phoenix flush with attacking options, but he offers a point of difference, youthful exuberance and an eye for goal which could prove crucial in tight matches.

In a previous three-year stay at the club, Kiwi utility James McGarry played just 15 minutes in two brief appearances from the bench. Having since spent time playing in the Netherlands, McGarry returns as the obvious replacement for All Whites teammate Cacace on the left-hand side of the Phoenix defence. It’s a golden opportunity for a player with huge ability to show what he’s capable of at this level.

Even at the age of 24, Kiwi midfielder Matthew Ridenton is something of an A-League veteran, having chalked up 107 appearances, 72 of those during a previous five-year stay in Wellington. After time at Newcastle and Brisbane, the six-cap All White has returned and will add depth and experience to Wellington’s midfield stocks.