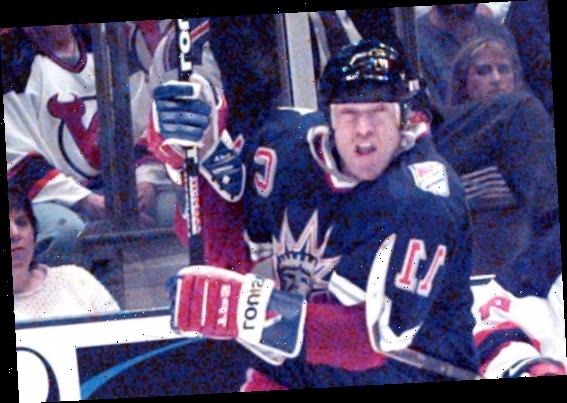 We’re being treated to classic rewinds on MSG, with the network televising noteworthy games from the 1980s and 1990s as well as many of the best and brightest from this century.

We’ve seen the Devils make the playoffs for the first time in their history; we’ve seen the first game of the first round of the 1990 Battle of New York, in which the Islanders assaulted Jeff Bloemberg at the final buzzer after Pat LaFontaine had been drilled in the head a minute earlier by James Patrick; we’ve seen Jason Arnott scoring in Game 6 double-overtime in Dallas to give the Devils the Stanley Cup in 2000.

The trip down memory lane provokes memories. As in, how is it possible that I forgot that Gary Nylund, who actually played 211 games for the team, was on the Islanders?

But it also provokes the opportunity to create rankings. In this case, The Post is going to rank the greatest teams in New York/New Jersey hockey history. We’re not adding up WAR or GAR or GAA numbers to create the list. Rather, it is based on eyeballs and experience. We’ve seen every one of these teams other than one.

As follows, Nos. 13-8 of the all-time Baker’s Dozen, with the top seven coming Saturday:

Truth be told, it was an underwhelming and disappointing season, the Blueshirts going just 38-34-10. The coach, Colin Campbell, was forced to hold a press conference in early November on the mezzanine level of the Hotel Macdonald in Edmonton to defend his job performance after the team had gotten off to a 7-11-4 start (that became 7-13-4). But this was the team with Wayne Gretzky and Mark Messier. And this was the team that caught magic in the playoffs, No. 99 recording a pair of hat tricks as the Blueshirts made it to the conference finals before an injury-decimated team fell to the Flyers in five games.

Frank Boucher was behind the bench of this 27-11-10 team that finished second to Boston, but knocked out the Bruins in the semifinals before capturing the franchise’s third Cup within 13 years with a six-game victory over the Maple Leafs in which the final four games were played in Toronto. These were the Blueshirts of Davey Kerr, Bryan Hextall Sr., Art Coulter, Neil and Mac Colville, Muzz and Lynn Patrick, Alex Shibicky and Phil Watson.

The Black-and-Blueshirts reached their zenith under John Tortorella with a 51-24-7 season in which they earned first seed in the Eastern Conference and fell one point short of the Presidents’ Trophy. Henrik Lundqvist was at his peak, and so was the shot-blocking brigade in front of the King. But playing seven-games in each of the first two rounds, through which the coach shortened the bench at a moment’s notice, drained the club that was shocked by the Devils in a six-game conference finals that represented Martin Brodeur’s last hurrah.

This represents the only season of Ilya Kovalchuk’s NHL career in which his team won a round in the playoffs. This team, which had gone 48-28-6 paced by No. 17, Zach Parise, Patrik Elias, Travis Zajac and Adam Henrique (“Henrique … it’s over!) up-front, won three rounds in the tournament including that signal upset of the Blueshirts before going down in six games to the Kings in the Final.

Charisma and aura everywhere, even behind the bench with Fred Shero in his first year on Broadway. There was the Ooh-La-La Gang featuring Ron Duguay and Dave Maloney; Anders Hedberg and Ulf Nilsson; the Godfather Line with Phil Esposito centering Don Murdoch and Don Maloney. The Rangers crushed the Flyers in a five-game quarterfinal matchup, taking the last four by an aggregate score of 26-5, before stunning the first-overall Islanders in the six-game conference finals — after which, according to The Post’s front page, the team partied at Studio 54. The team lost the final in five to Montreal after taking the opener.

Mark Messier won the Hart Trophy in his first year in New York with Roger Neilson behind the bench, Brian Leetch won the Norris Trophy at age 24, and the Rangers took the Presidents’ Trophy by going 50-25-5. But after winning a seven-game first round against the Devils, the Blueshirts were upset by the Penguins in six games in the series in which Adam Graves tapped Mario Lemieux on the wrist with his stick and Mike Richter allowed one from center ice.

The walls that speak volumes during video calls
World News