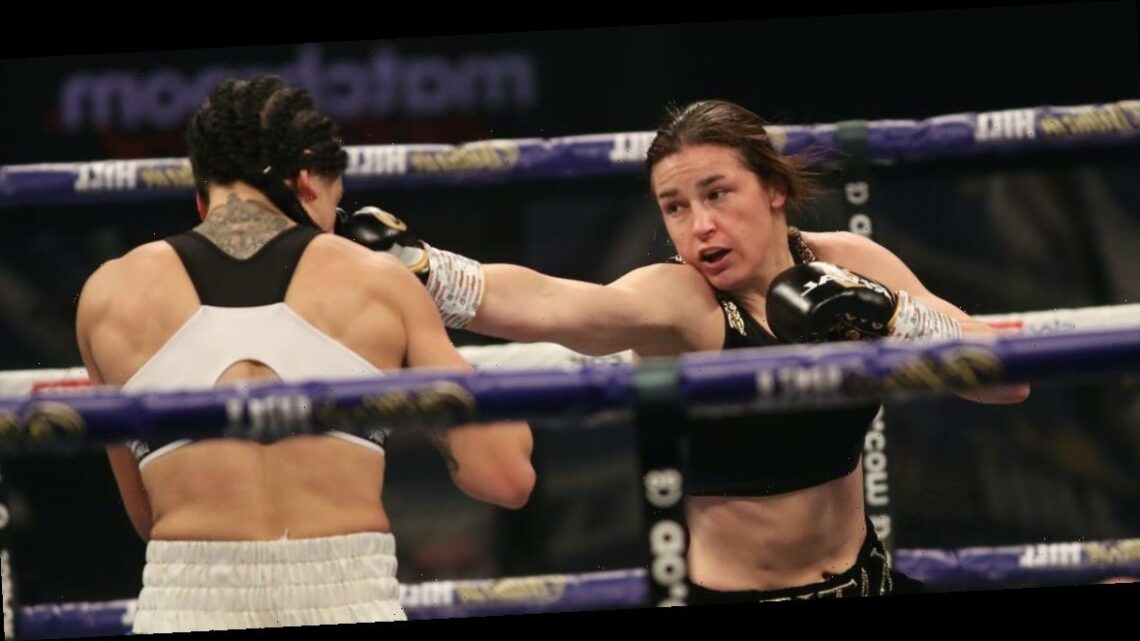 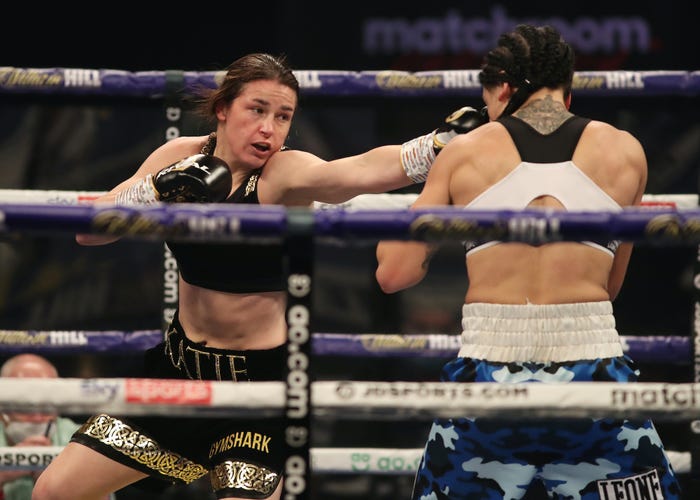 Fighting maestro Katie Taylor pitched a masterclass on Saturday and then said, "women's boxing is on fire right now."

Taylor is one of her sport's marquee names because of a fervent fandom in Europe, together with an extraordinary talent, which she showcased this weekend thanks to intelligent movement, precision punching, and a constantly-whirring 10-round engine.

The Irishwoman dominated Miriam Gutierrez from the off, punishing her body with shots to each side of her ribcage, buckling her legs with powerful right hands over the top, and seemingly mastering distance-management as she pivoted from defense to attack with ease.

Taylor would evade the Spaniard's shots, reset her feet, and pop a single punch back at her opponent before firing three-punch combinations.

When she had Gutierrez backed into a corner, Taylor would mercilessly unload with blow after blow, finishing with an almighty right-hand whack over the top.

Taylor won every minute of every round and had Gutierrez on the floor in the fourth with a one-two combo which landed flush on her face.

Her 135-pound match against Gutierrez was one of three women's fights on the Matchroom show, which also featured Terri Harper boxing through a broken right hand to beat Katharina Thanderz, after Rachel Ball out-pointed Jorgelina Guanini at super bantamweight.

She added: "Women's boxing is on fire right now because of the platform [Matchroom group managing director Eddie Hearn] has given us.

Taylor said she'd have loved to have finished Gutierrez, "I threw everything but the kitchen sink at her," she said. "I just couldn't get her out of there. She's tough as nails, so credit to her.

"I would have loved to get a stoppage in there tonight. I haven't got a stoppage for a long time. It is hard to hurt these girls. They're very strong and durable.

"I'm going home with all of the belts and I'm still the undisputed champion. I'm still unbeaten — a great end to the year."

Taylor's promoter Eddie Hearn said: "[She] is just amazing to watch, she's the greatest to ever do it."

How Accurate Is Charles & Diana’s Relationship In ‘The Crown’ Season 4? Here’s The Deal