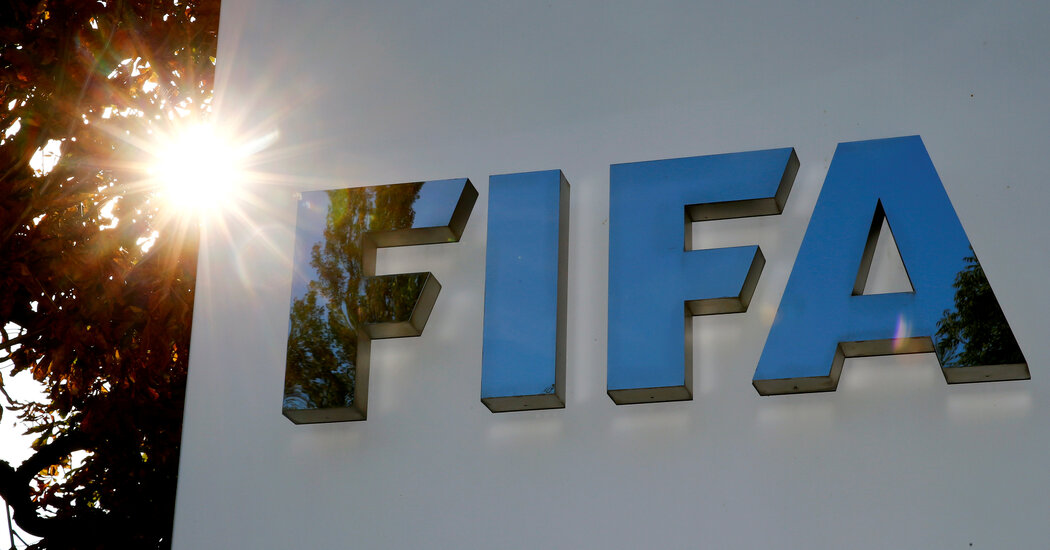 FIFA Will Share in $200 Million Payout From Justice Department

FIFA, world soccer’s governing body, and two other organizations in the Americas are set to receive about $200 million in compensation from the United States government after the Justice Department classified them as victims in the corruption scandal that toppled most of their senior leadership in 2015.

The repayment will begin with an initial payment of $32.3 million in forfeited funds, the Justice Department said Tuesday, but prosecutors have approved a plan that could see the soccer organizations receive as much as $201 million.

The return of the money comes six years after a sprawling criminal prosecution laid bare decades of corruption on a stunning scale, with millions of dollars diverted from the sport and into the pockets of global soccer officials and businessmen. It comes five years after FIFA, framing itself as corrupted but not corrupt, first began asking for a share of the money that American officials were collecting in the case.

The repayments will be directed to FIFA, the sport’s governing body; CONCACAF, the organization overseeing soccer in North and Central America and the Caribbean; and CONMEBOL, which governs the sport in South America. The previous leaders of those organizations, as well as those of national soccer federations across the Americas, had been implicated in the scandal in colorful detail. More than 50 people and companies have been charged in the case since 2015, and dozens have pleaded guilty.

The Justice Department’s decision suggested a measure of restored faith in FIFA’s management, even as the money came with strings attached: The funds must be walled off in a foundation and directed toward developing soccer around the world, according to Tuesday’s announcement.

In a statement Tuesday, FIFA’s president, Gianni Infantino, thanked the American authorities for their “fast and effective approach in bringing these matters to a conclusion, and also for their trust in general.”

Such parameters for spending have figured into other major corruption cases, like the United Nations oil-for-food case, in which the Justice Department specifically designated restitution money for a development fund in Iraq.

As American authorities announced their criminal case in 2015 and dozens of powerful officials and marketing executives pleaded guilty to charges including racketeering, wire fraud and money laundering conspiracy, prosecutors made clear they saw the soccer organizations as victims that had been co-opted by dishonest operators.

Lawyers for FIFA and the regional confederations fought further to manage the perceptions of prosecutors and the public, seeking to distance the organizations from the accused criminals; cooperate with the authorities; and solidify the sports organizations’ place as victims powerless to their top leaders’ fraud.

In a court filing in 2016, lawyers for FIFA argued that the organization had lost at least $28 million paid to 20 soccer officials over 12 years, along with having suffered other incalculable costs.

CONMEBOL has already recovered millions of dollars through other channels. In July, it said it had been awarded more than $1.7 million by the Swiss authorities, money that had been in a personal account of one of its former leaders. That money was in addition to the $55 million the organization said it had already clawed back from the accounts of other former officials.

In the years since it burst into public view with raids on a luxury hotel in 2015, the FIFA case, one of the largest criminal prosecutions in America when it was announced, has moved forward even as public attention to its proceedings and to corruption in global soccer has waned.

Just this week, Reynaldo Vasquez, El Salvador’s former top soccer official who was charged in 2015, pleaded guilty in federal court in Brooklyn. Earlier this year, prosecutors announced the Swiss bank Julius Baer had agreed to pay more than $79 million in penalties for its role in laundering money in the scandal.

Even so, years on, key figures have still not been convicted or sentenced, and some former officials remain at large. One, Marco Polo del Nero, the former head of Brazil’s soccer federation, was recently recorded appearing to direct the federation’s affairs despite FIFA having banned him for life from working in organized soccer.

In announcing the new conviction this week, American law enforcement officials telegraphed that they were still keeping tabs on the sport, and Tuesday’s announcement underscored that.

“From the start,” the acting U.S. attorney for the Eastern District of New York, Jacquelyn M. Kasulis, said in a statement, “this investigation and prosecution have been focused on bringing wrongdoers to justice and restoring ill-gotten gains to those who work for the benefit of the beautiful game.”

Trump says Biden is 'surrendering to terrorists' with Aug. 31 deadline