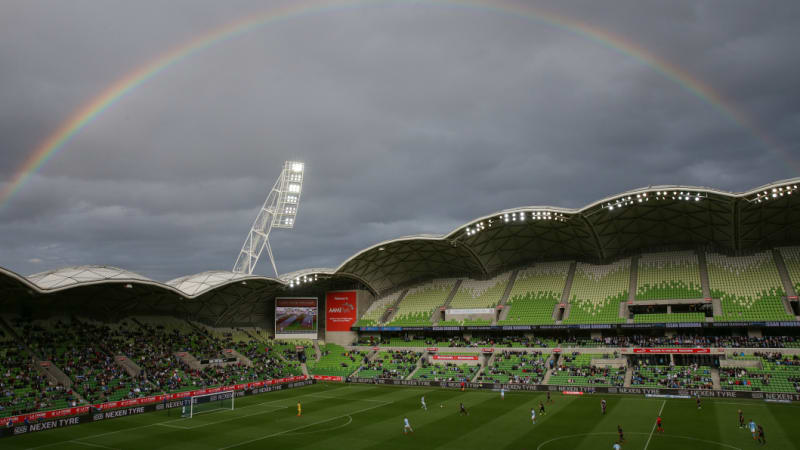 Much to the frustration of football fans around the country, there was no announcement from the offices at 1 Oxford Street by the close of business on Wednesday. The six remaining bids hoping to gain entrance into the A-League were left facing a nervous wait as Football Federation Australia’s board deliberated over A-League expansion but hinted only at a potential further delay on an announcement. 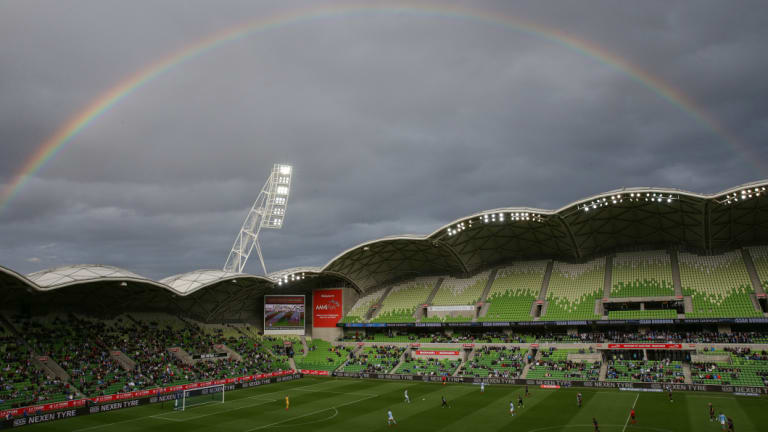 The expansion process is almost at an end, but will it lead to a pot of gold for the A-League?Credit:AAP

However, it wouldn’t likely be one that would hold-back plans for two new teams to enter as early as next season. It’s understood a strong push took place inside the board room to progress with the competition’s growth, adding a minimum of two new teams at the earliest possible opportunity, with an announcement set for midday on Thursday.

It comes just a week after FFA senior management highlighted a lack of urgency for a decision, suggesting the expansion process could even be concluded as late as January. Privately, sources close to the new FFA board expressed their desire to resolve the matter immediately while holding back their announcement for a press conference on Thursday.

It means those behind Macarthur-South West Sydney, Southern Expansion, Canberra and Melbourne bids Team 11, Western Melbourne Group and South Melbourne will face an anxious wait for the verdict.

Sources suggest that, dependent on permutations, Macarthur-South West Sydney, Canberra, West Melbourne and Team 11 are in the box seat for licences. The FFA board may not necessarily only deliver two licences with suggestions planning is already in place for the competition’s growth towards a 16-team competition.

No outcome was left off the table at Wednesday’s marathon board meeting, whether it be the number of licences issued, the schedule of expansion, conditions of entry such as stadia and, of course, the financial windfall delivered from the process. It's understood the board also discussed how the current expansion process would fit with a national second division and new A-League operating model.

It’s understood the new board expressed their commitment towards an independent outcome, choosing not to be beholden to the strict criteria and objectives of the previous board, nor the self-interest of other parties, in particular existing A-League clubs.

South West Sydney appear to have the nod over Southern Expansion for a licence in Sydney. Canberra are a strong chance to be included in a three-pronged expansion timeline.

It's understood West Melbourne are looked upon by some senior FFA officials as "pioneers" given their commitment to build the first privately own, football specific stadium despite concerns over short-term fan base in a population growth corridor. Team 11 from south-east Melbourne have plenty of support from the organisation's upper echelons, despite some insiders expressing serious concerns over their stadia issue, including interim home ground Casey Fields. South Melbourne lead a vocal campaign appealing to the club's history and status in the NSL but are likely to fall short at the final vote.

The board may decide to announce that Team 11 has in-principle support to enter the season after, giving the consortium from Melbourne's burgeoning south-east region the chance to solve the one issue that it is grappling with – a stadium to play at.

FFA officials were hoping that the Victorian government would make their decision for them by committing to backing a new stadium for Team 11 – estimated variously at between $140 million to $180 million – adjacent to Dandenong Station before any decision on officially announcing which bids had been given a license.

But with an election campaign to fight, the Andrews Government did not make any such commitment, telling the FFA it would wait to see which of the bids won the "auction".

Is It Normal To Celebrate Multiple Anniversaries? There Shouldn’t Be A Limit On Love