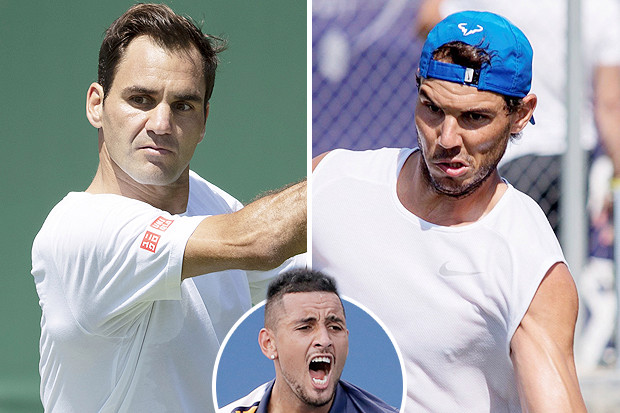 The outspoken Australian does not like the Spaniard, calling him “super salty” in a podcast last month that set shockwaves through tennis. 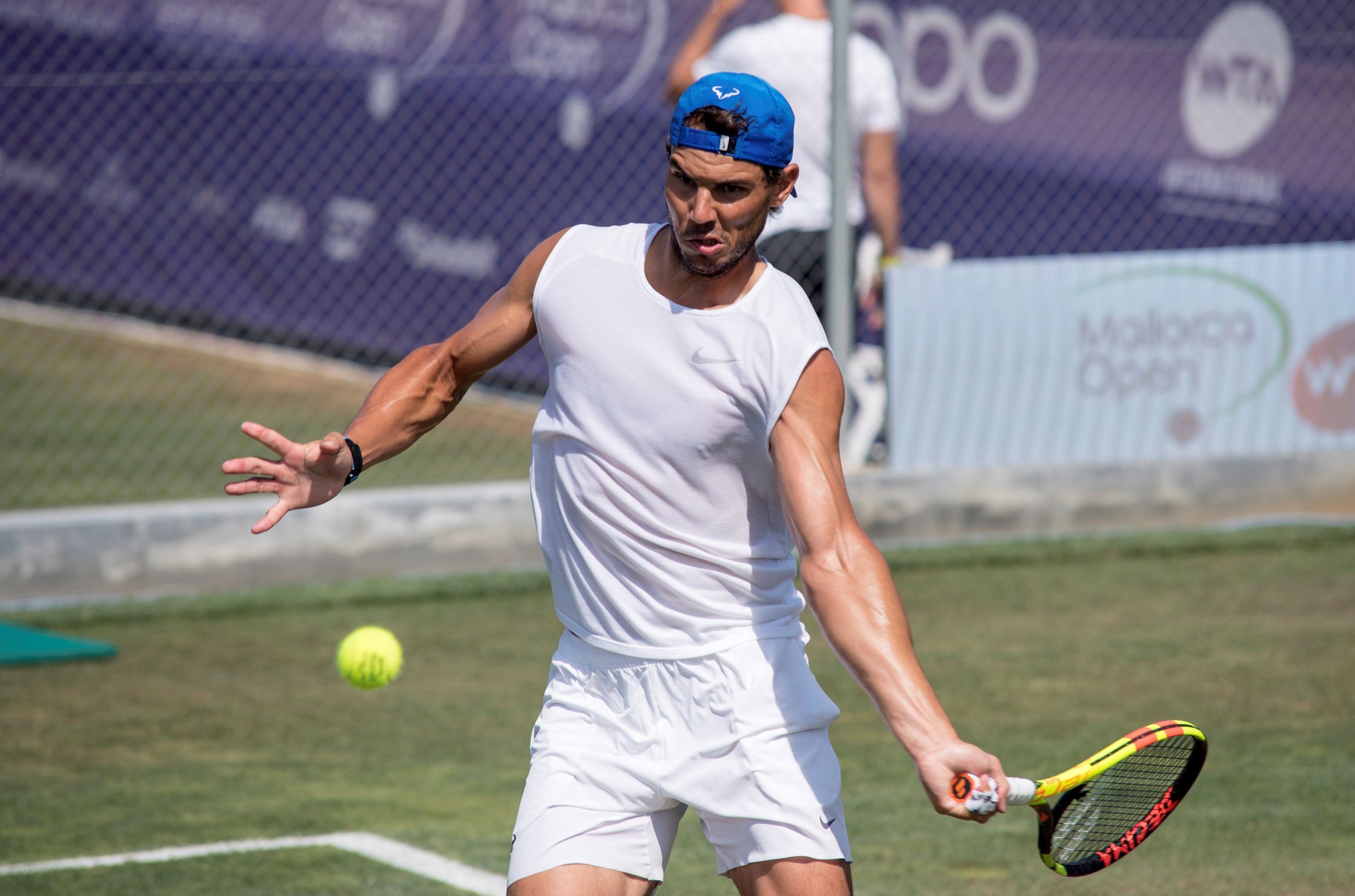 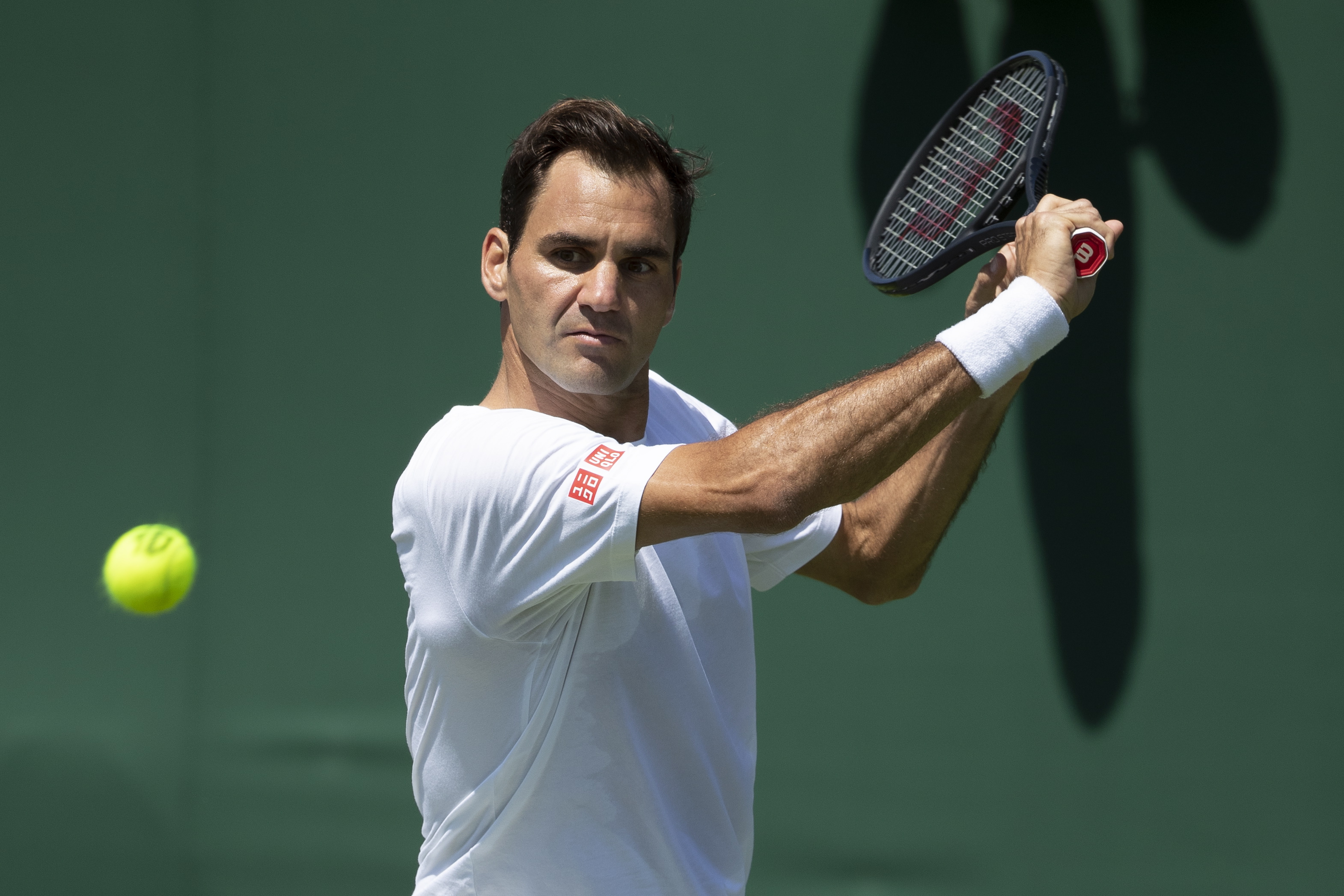 The pair clashed in Mexico in February when cheeky Kyrgios was accused of “disrespect” by the angry Spaniard after hitting an UNDERARM first serve!

Nadal, the No.3 seed, said his opponent lacked “respect for the public, the rival and himself” with Kyrgios responding with an Instagram message saying: “I can smell the blood when I play this dude.”

For this mouth-watering match to happen, Kyrgios, 24, would have to beat fellow Aussie Jordan Thompson, and Nadal would have to overcome Japan’s Yuichi Sugita.

Kyrgios has developed a reputation for bad-boy behaviour despite his clear talent.

The world No.43 was fined £13,771 last week following three separate incidents of unsportsmanlike conduct at Queen’s – he produced an X-rated rant against officials, argued with fans and threw a racket across the court.

Nadal is in the same half as Roger Federer with the Swiss superstar beginning his quest for a ninth singles title by taking on South Africa Lloyd Harris in the first round. 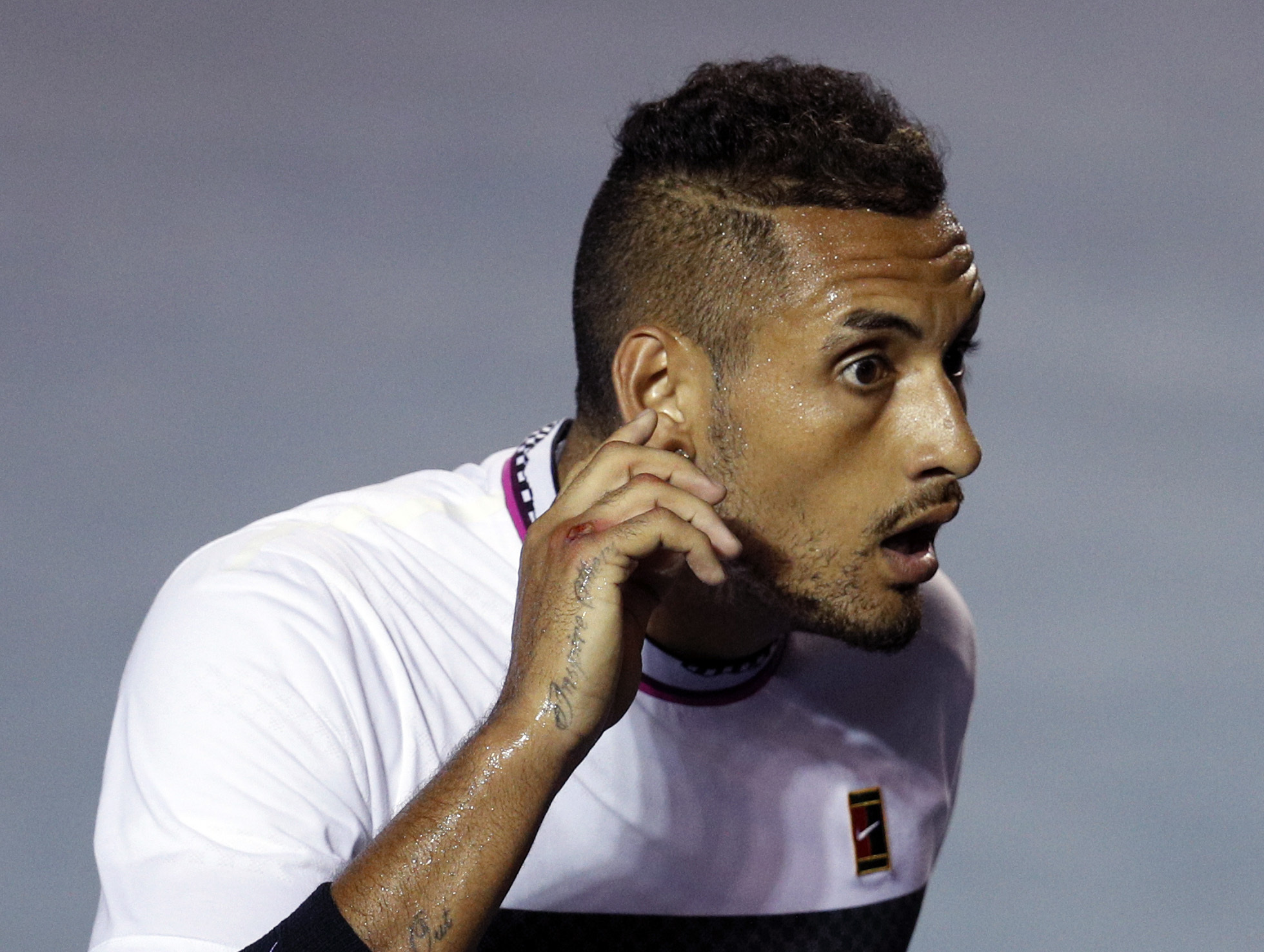 Should Jay Clarke beat American Noah Rubin then he may face the 20-time Grand Slam champion in the Last 64.

Teenager Paul Jubb, who grew up on a Hull council, will play Portugal’s Joao Sousa in his first match at Wimbledon.

In the ladies singles, Serena Williams has an extremely tough prospect if she wants to win a record-equalling 24th Grand Slam title. 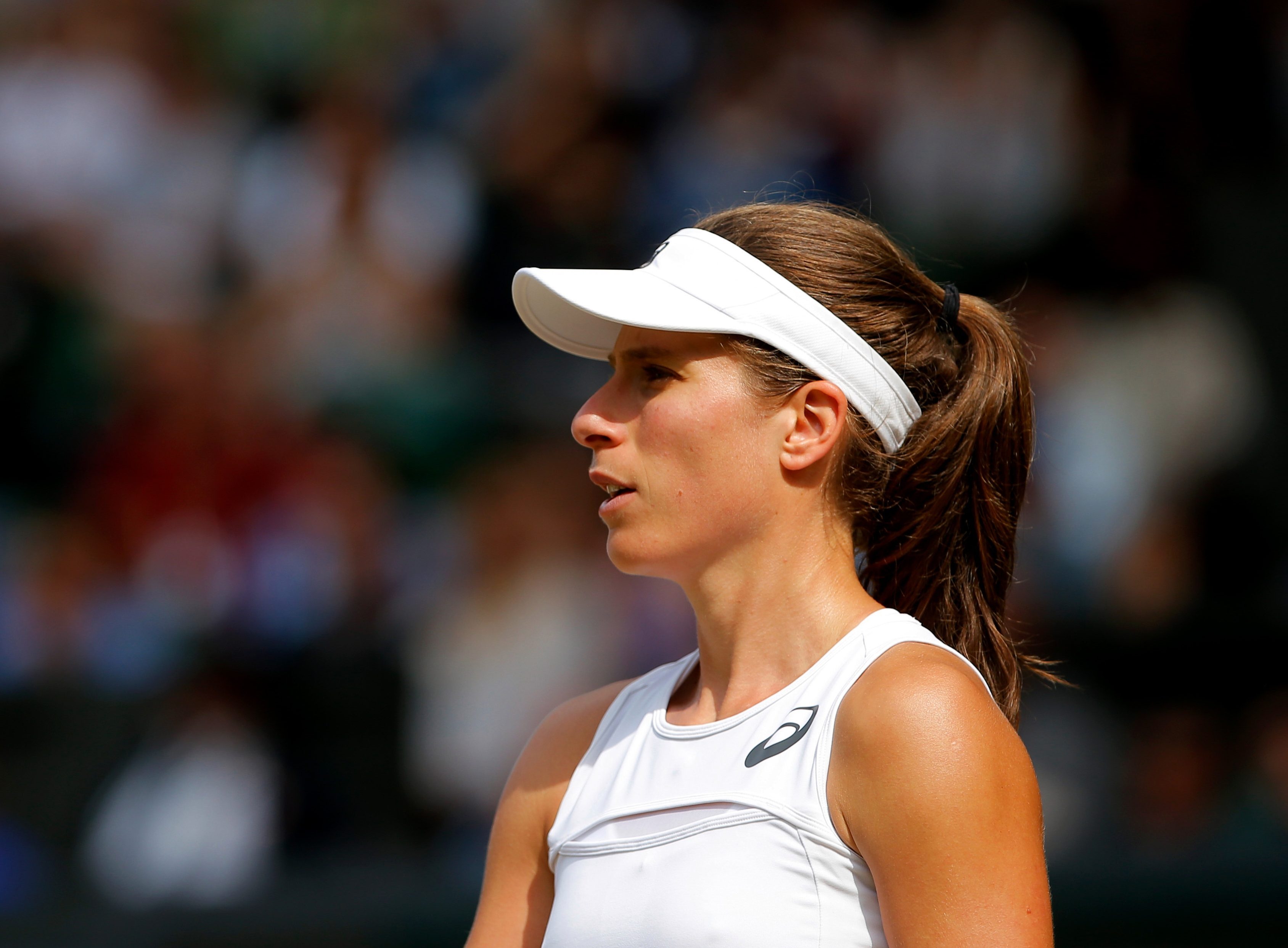 The American, 37, plays Italian qualifier Giulia Gatto-Monticone first up, but could potentially take on defending champion Angelique Kerber in the fourth round, hate rival Maria Sharapova in the fourth round and then the quarters against world No.1 Ash Barty, the French Open champion.

Jo Konta, drawn against Romanian Ana Bogdan, could play Sloane Stephens in the third round but she will buoyed by that convincing win over the American at Roland Garros.

British wildcard Harriet Dart will play Christina McHale from the US while Katie Swan and Heather Watson have been paired with German Laura Siegemund and American Caty McNally respectively.Nick Kyrgios smashes racket twice as he goes out of the Miami Open