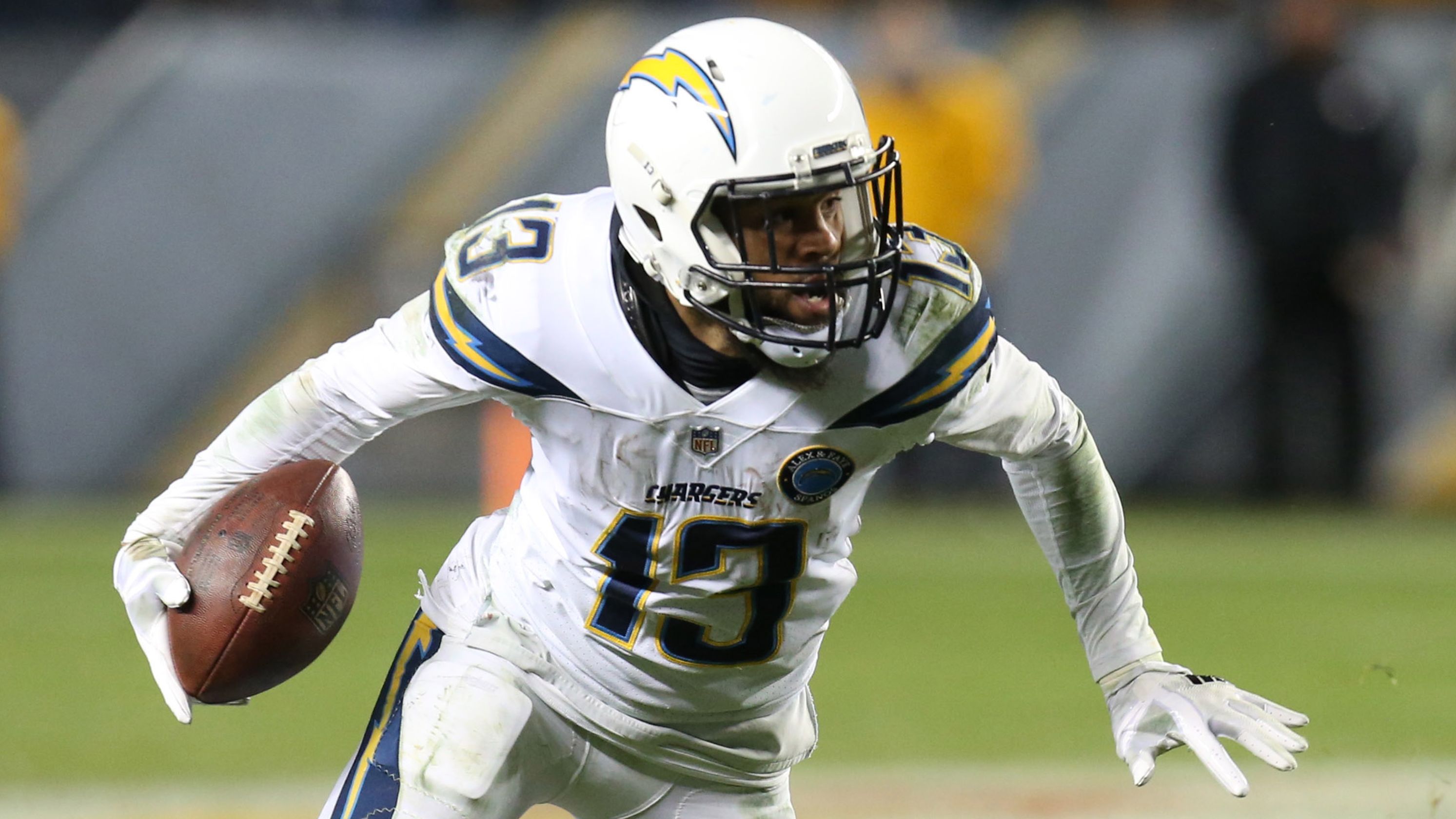 These players saw their fantasy values increase or decrease most based on their performances in Week 13:

WR Keenan Allen, Los Angeles Chargers: Allen has a reputation for being a slow starter and this season was no different. In an amazing fourth-quarter comeback over the Pittsburgh Steelers, Allen was targeted 19 times, catching 14 of them for 148 yards and a touchdown. It's his fourth consecutive game with a TD reception.

RB Tarik Cohen, Chicago Bears: Things may change when QB Mitchell Trubisky returns but Chase Daniel seems to only have eyes for Cohen. And why not? Cohen ran effectively, caught 12 of 14 targets for 156 yards and even threw a touchdown pass. He's clearly become the focal point of the offense.

RB Philip Lindsay, Denver Broncos: The undrafted rookie had the best game of his career, rushing for 157 yards and a pair of scores. He has been one of this season's best draft (or waiver wire) bargains, and he's showing no signs of letting up.

WR Zay Jones, Buffalo Bills: Jones tends to disappear against good defenses (zero catches against Jacksonville), but two of his last three games have been spectacular — scoring once against the New York Jets and twice against the Miami Dolphins. With another matchup against the Jets this week, Jones should be strongly considered as a starting option.

TE Jared Cook, Oakland Raiders: While critics claim Cook is inconsistent, he has scored in each of his last three games and has been targeted frequently due to the lack of options in the Oakland passing game. It's doubly hard to complain about someone who has the fifth-most fantasy points at his position on the season.

WR A.J. Green, Cincinnati Bengals: Fantasy owners had some trepidation starting Green this week, and for good reason; he was coming back from an injured toe and no longer had Andy Dalton throwing him the ball. Those brave enough to sit him were proven correct as Green reinjured his toe and had to be carted off the field after what could be a season-ending injury.

RB Tevin Coleman, Atlanta Falcons: The writing has been on the wall for a few weeks as Coleman has disappeared — along with the rest of the Falcons offense. After rushing for a total of 14 yards on 14 carries the past two games, there's no reason to expect a turnaround any time soon.

RB Marlon Mack, Indianapolis Colts: While Andrew Luck's 52 passing attempts certainly had a negative impact on Mack's fantasy totals, the entire Colts offense has been flat for a number of weeks now. And they have one of the league's toughest schedules to close out the regular season.

RB Mark Ingram, New Orleans Saints: Ingram was barely used in a Thursday's loss to Dallas. He has a juicy matchup against the Tampa Bay Buccaneers next, but then it's all difficult defenses for rest of the fantasy playoffs (Panthers, Steelers and Panthers again in Weeks 15-17).

TE Rob Gronkowski, New England Patriots: Gronk is clearly not 100% healthy and the Patriots have all but stopped throwing to him. Since Week 5 he has missed four games and in the other four, has yet to catch more than three passes. For where he was drafted, Gronk has to be considered a royal flop.

For more fantasy football stats and analysis, check out FantasySharks.com