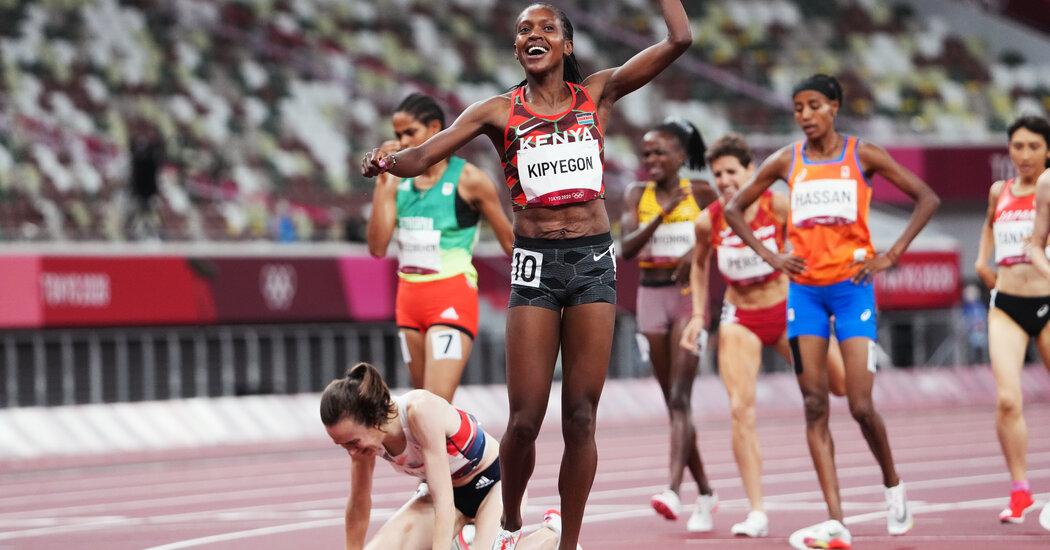 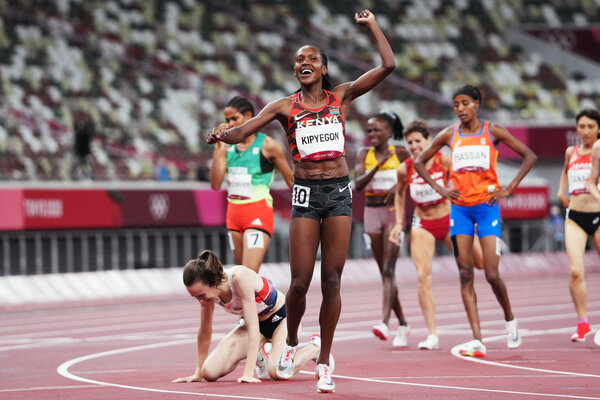 TOKYO — Faith Kipyegon of Kenya defended her Olympic title in the women’s 1,500 meters, and in the process ended Sifan Hassan’s audacious bid for three gold medals at the Tokyo Games.

Kipyegon, 27, ran the race in an Olympic record time of 3:53.11 after sprinting past Hassan on the final lap. Laura Muir of Britain finished second for her first medal at a major international outdoor championship, and Hassan finished with the bronze — no small consolation for an athlete who already won the 5,000 meters and has raced through hot, grinding heats since the start of the track and field competition. She will vie for another medal on Saturday in the women’s 10,000 meters.

Kipyegon, though, once again proved herself as the best in the world at her chosen distance. After winning the 1,500 meter gold at the 2016 Olympics, she gave birth to her first child in 2018. She returned to win the silver medal at the 2019 world championships, and ran the fourth fastest time in the history of the event at a meet in July: 3:51.07.

Elle Purrier St. Pierre, the Vermonter who won at the U.S. trials in June, placed 11th.