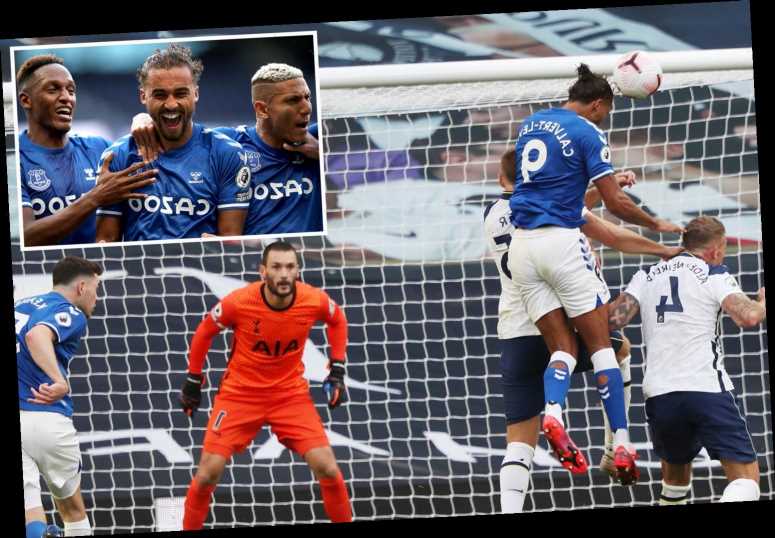 OH to be a fly on the wall of the Tottenham dressing-room after this one.

Jose Mourinho, the preening lead character in Spurs’ Amazon
documentary, hauled off Dele Alli at half-time and suffered his first
ever defeat on the opening weekend of a Premier League season. 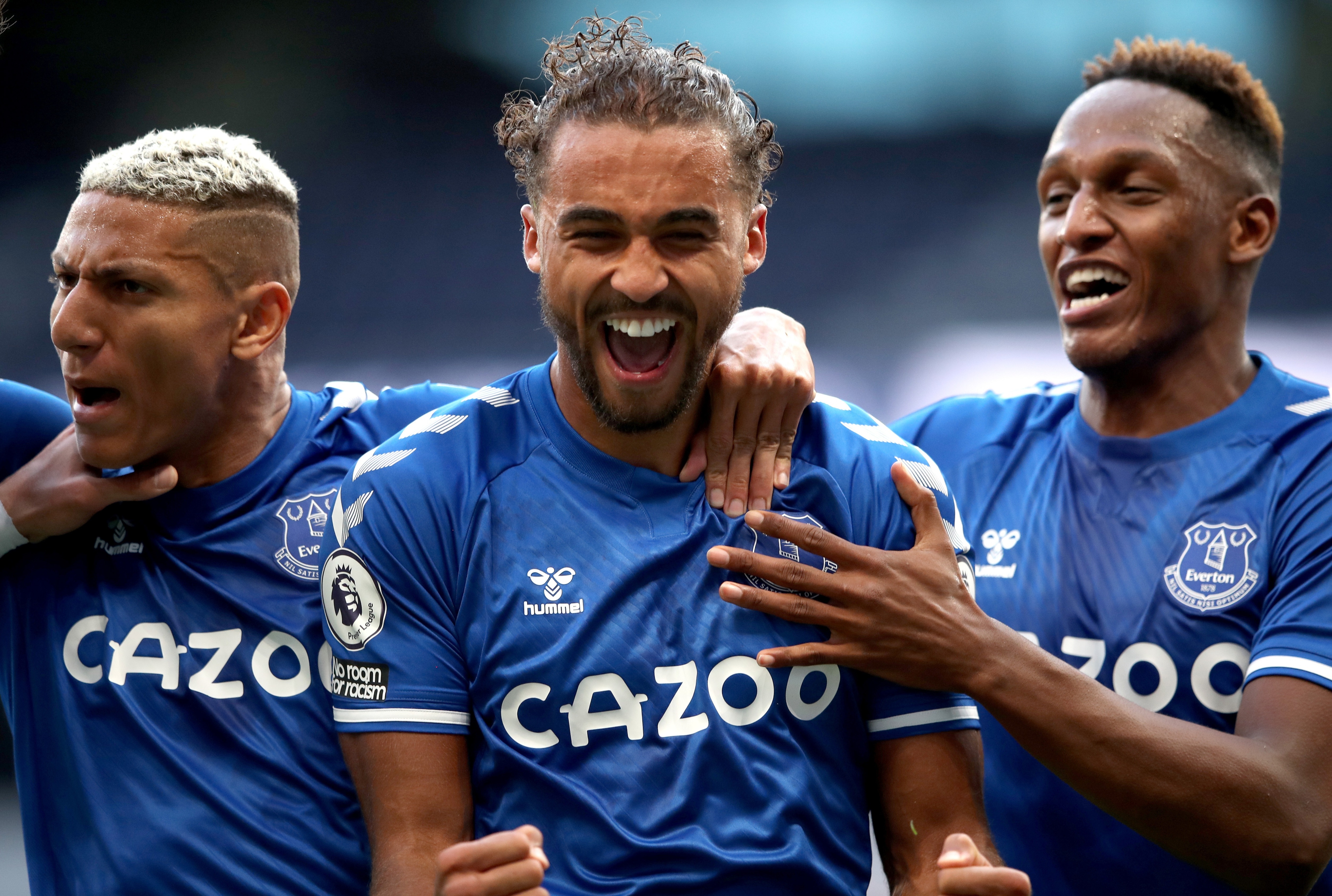 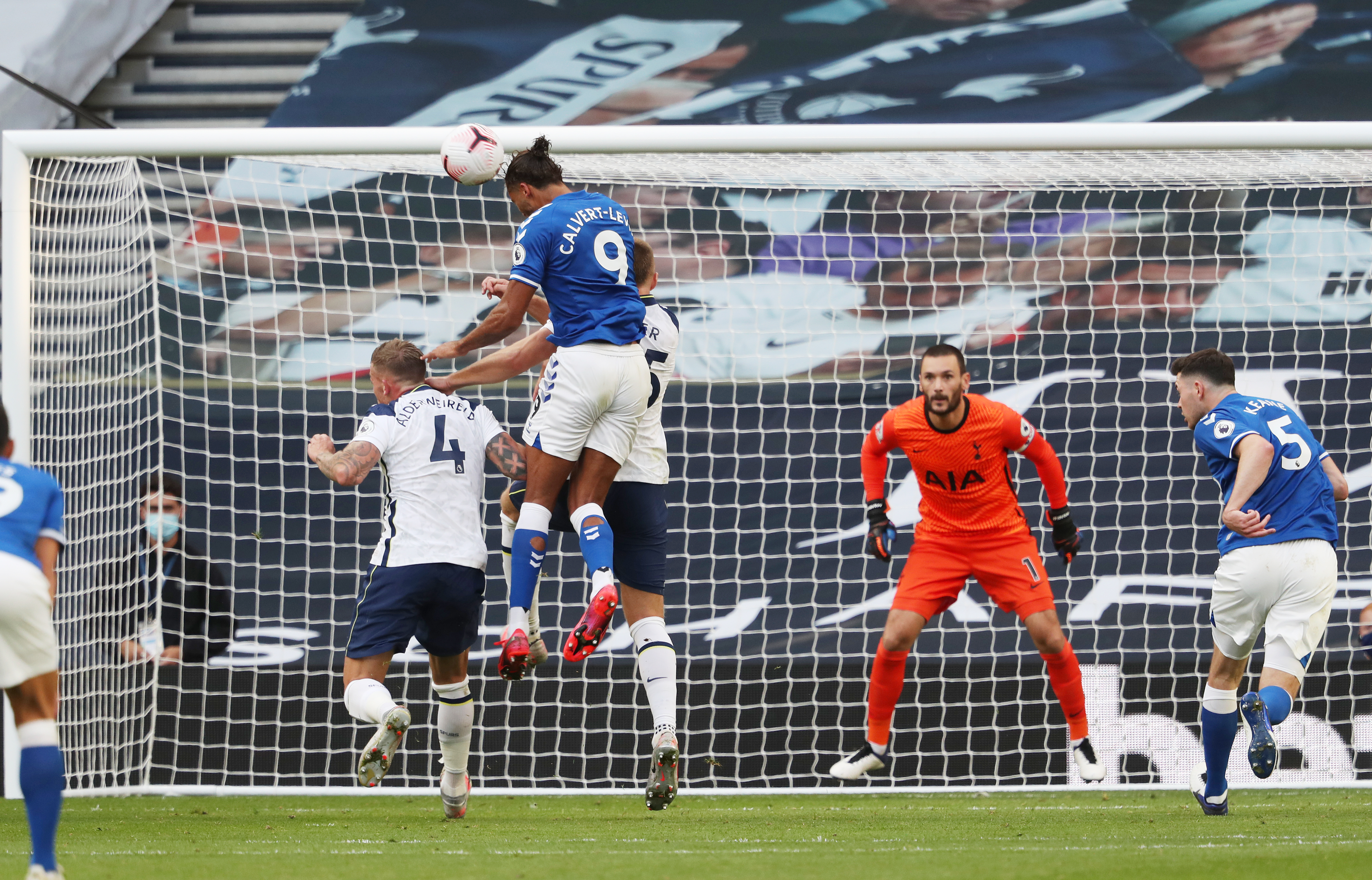 And star signing James Rodriguez shone on his debut as Carlo
Ancelotti’s men backed up the pre-season optimism which had been
glowing around Goodison Park.

Had Richarlison not squandered four decent scoring opportunities, this
would have been truly embarrassing for Mourinho.

The Spurs boss had branded Alli ‘lazy’ in that All Or Nothing reality
show – but it was still a shock to see the England midfielder hooked
after a goalless first half, during which he had forced the one save
Jordan Pickford had to make.

While Mourinho has been the small-screen idol this summer, it was
Everton making the Hollywood signings.

Two of Ancelotti’s old boys – Colombian World Cup star James, from
Real Madrid, and Allan the £22m Brazilian midfielder from Napoli, had
joined along with Abdoulaye Doucoure from Watford.

It was a much-needed midfield revamp after the under-achievements of
the past three seasons – during which Everton had spent almost half a
billion on new signings without the club qualifying for Europe.

Everton’s two new South Americans were prominent as the visitors
dominated possession early on. Allan looks a solid ball-winner and
James was passing with vision, accuracy and conviction. 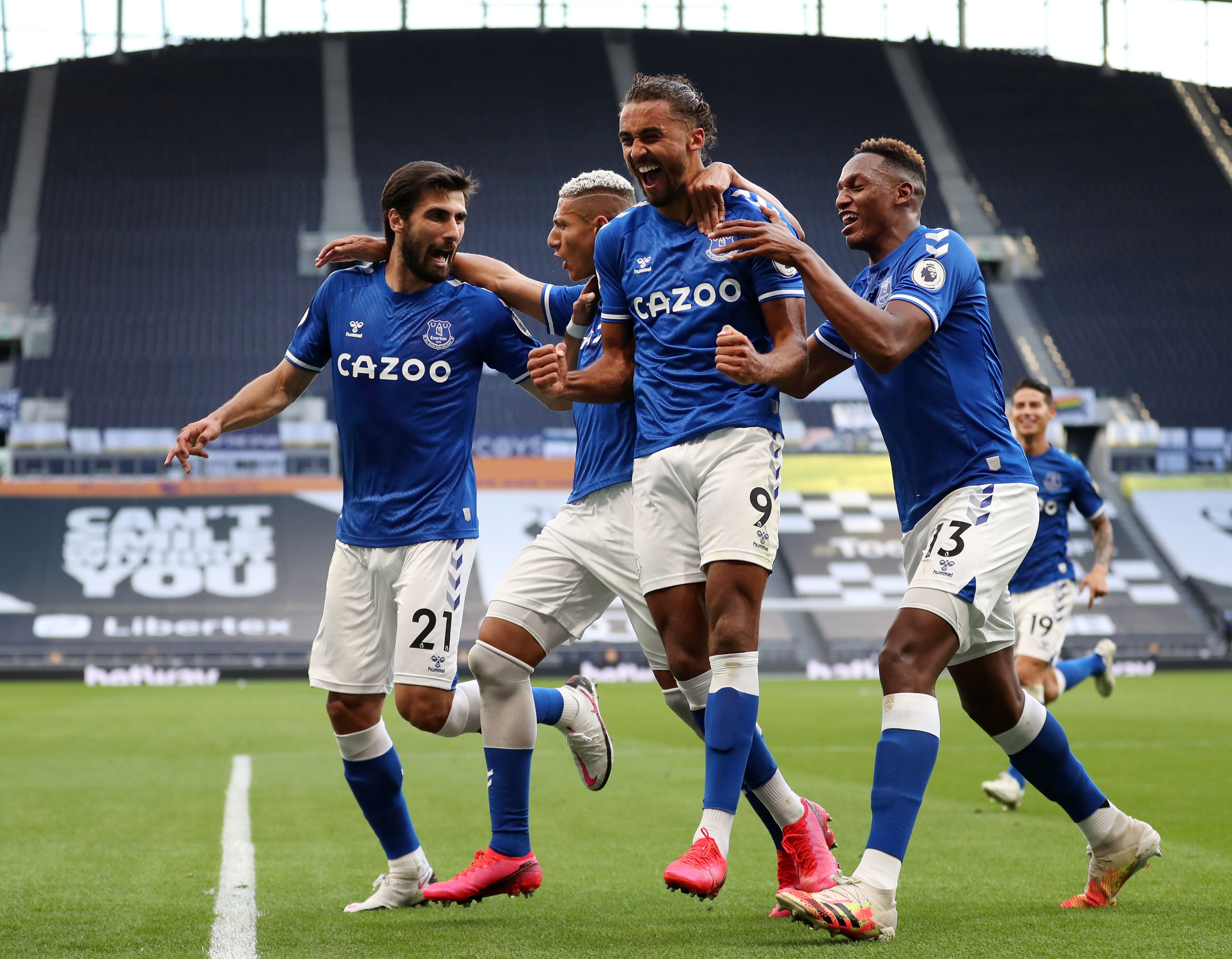 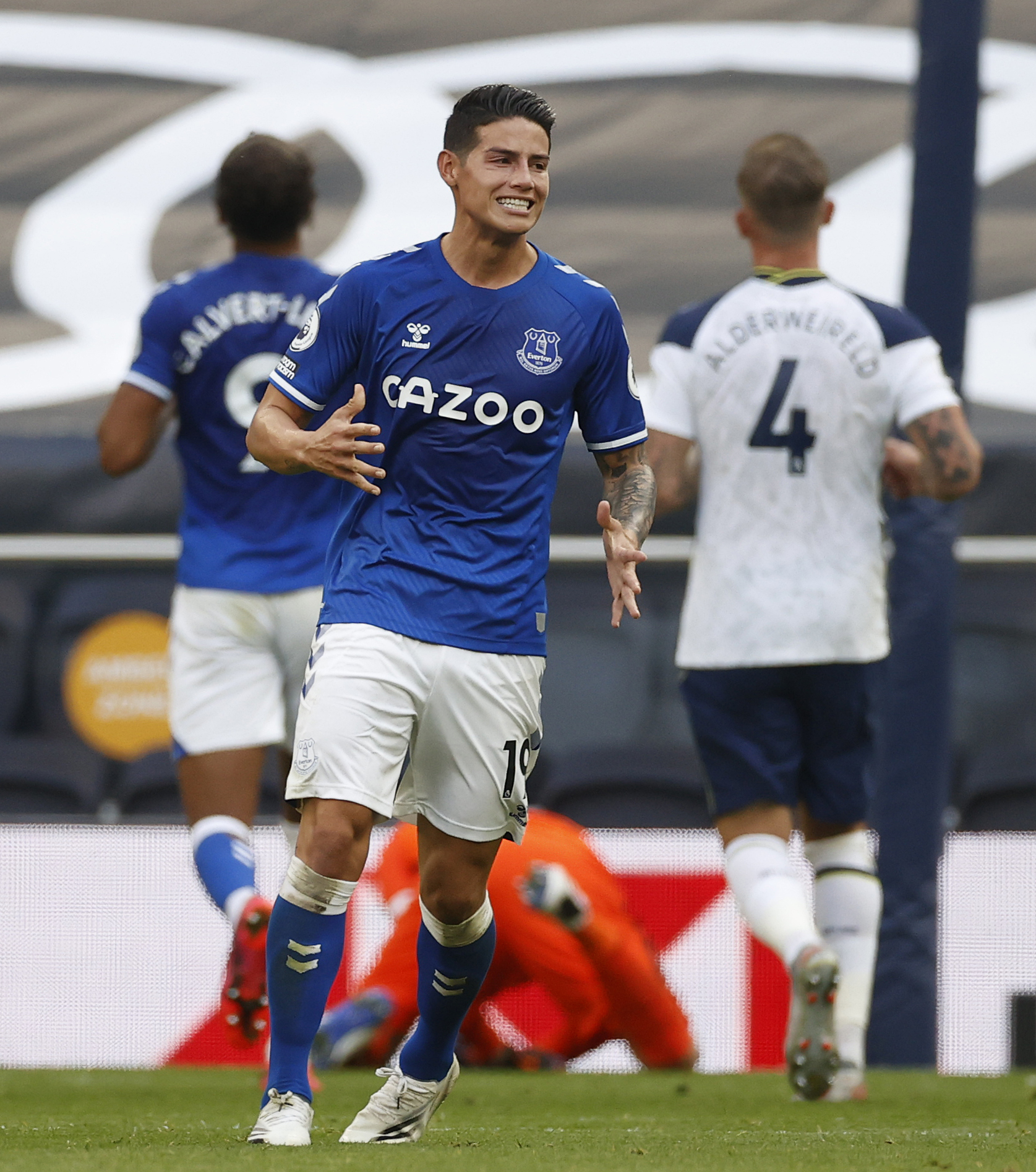 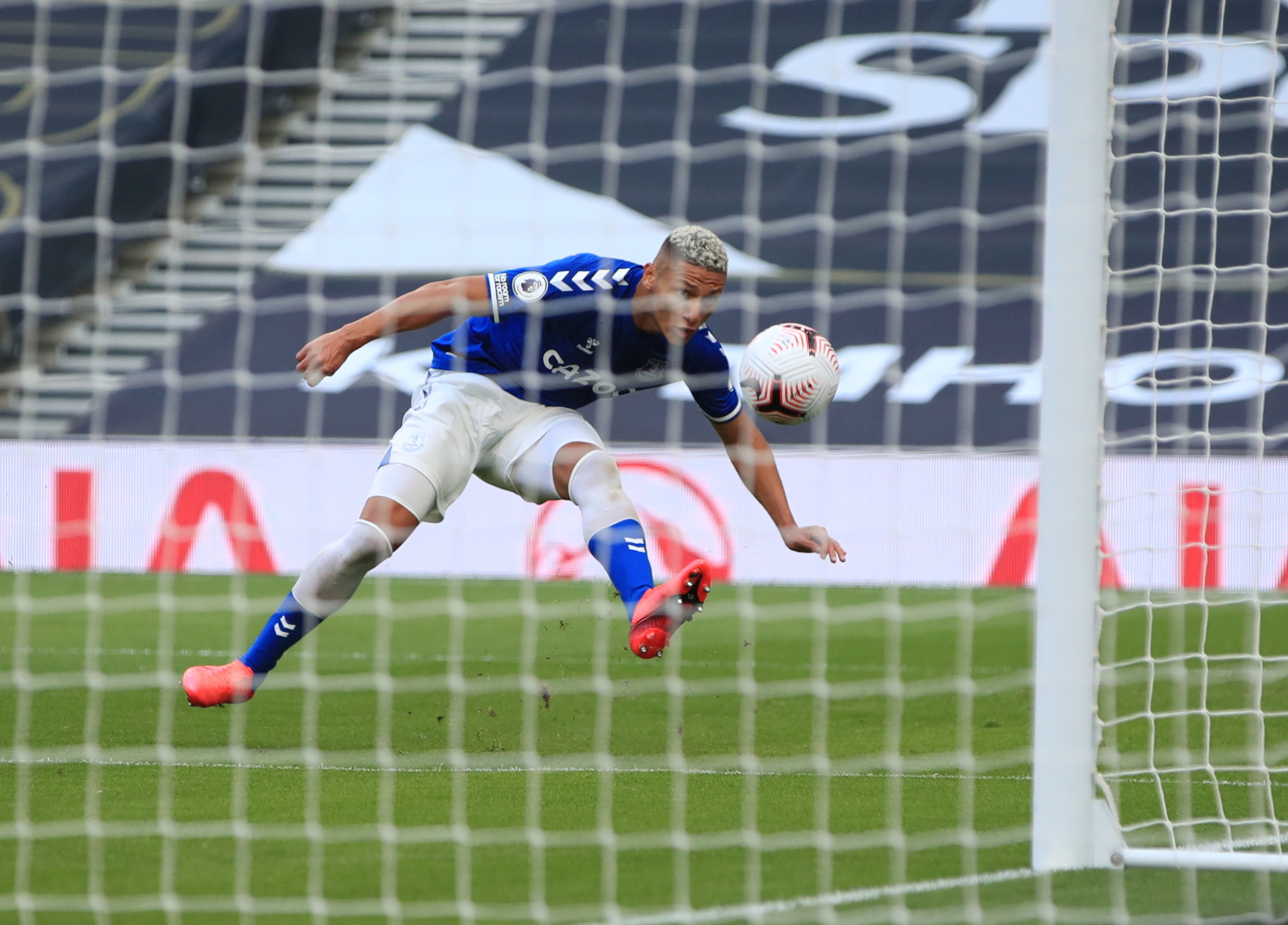 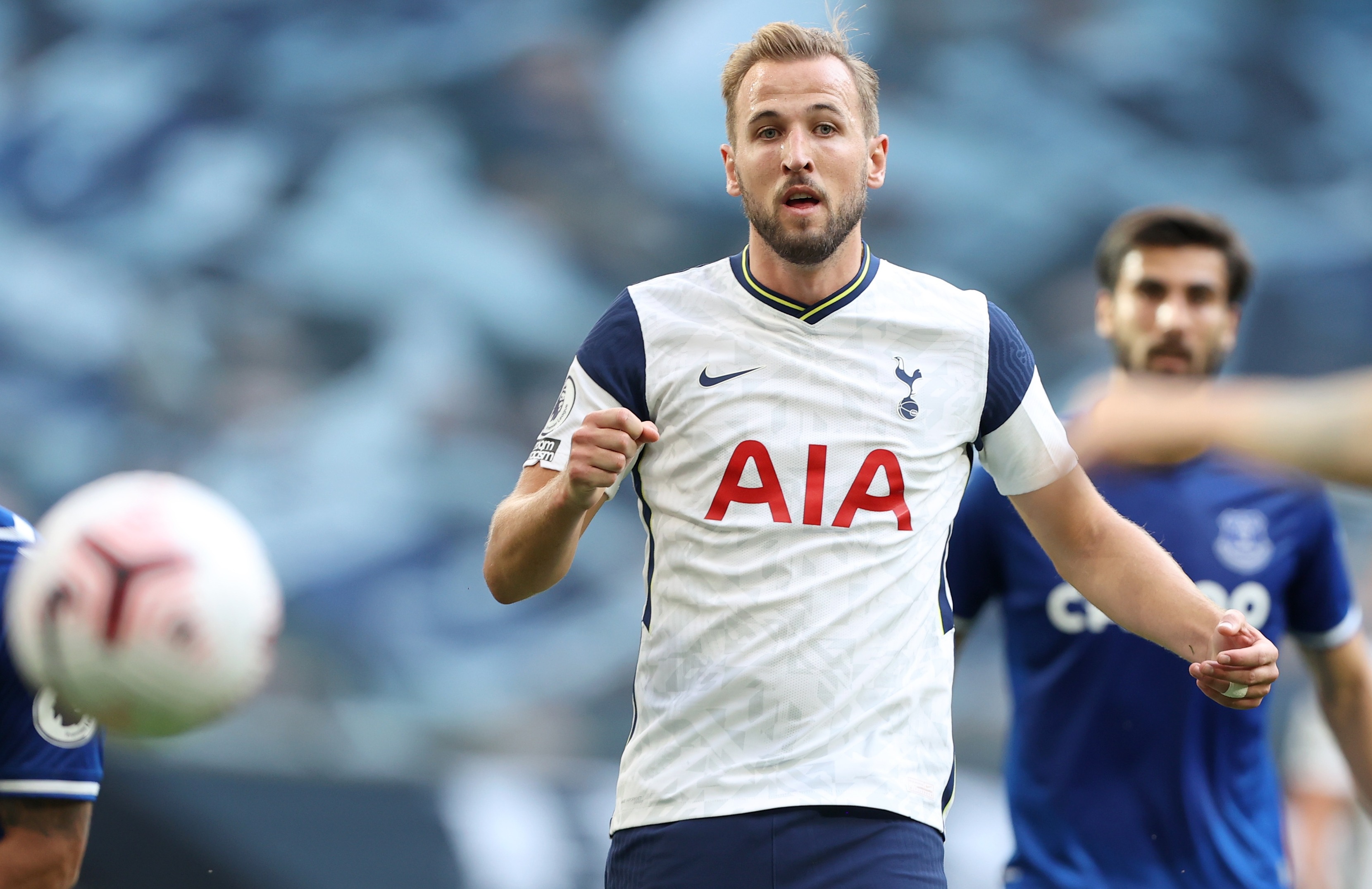 For all Everton’s impressive early pass-and-move, it was a wild ball
from Spurs full-back from Ben Davies which created their first
opening.

Richarlison raced clear, rounded Hugo Lloris but fired over an open
goal – though the Spurs keeper had forced the Brazilian wide and
off-balance.

Not unusually in the Mourinho era, it took 33 minutes for Spurs to
carve out a genuine chance – a break from an Everton corner, Lucas
Moura and Son Heung-Min combining for Alli, whose shot was pushed over
by Jordan Pickford.

James had a chance to open the scoring soon after, Pickford’s punt,
Calvert-Lewin’s knock-down and Doucoure’s pass teeing up the
Colombian, who curled a low shot narrowly wide.

It was a Tottenham new recruit, right-back Matt Doherty who went close
next – Kane’s lobbed return pass sending the former Wolves man
through, but Pickford saving Doherty’s shot with his legs.

Everton had shaded the first half but after Mourinho replaced Alli
with Moussa Sissoko, the Merseysiders took a firmer control.

James scuffed a shot wide from a Calvert-Lewin cross, then the
Colombian’s artful lofted pass picked out Richarlison at the far post
only for the Brazilian to head meekly wide.

Yet there was nothing timid about the Calvert-Lewin header which gave
Everton the lead – he climbed above Eric Dier and Toby Alderweireld to
meet Lucas Digne’s free-kick with a towering, powering effort – the
kind Everton coach Duncan Ferguson used to trademark.

Mourinho was moaning about the position the free-kick was taken from
but it was the Portuguese who seemed to have made the most glaring
error with a half-time sub which did not have the desired effect.

Twice, Richarlison cut in from the left and shot wide of the far post.

And Spurs debutant Pierre-Emile Hojbjerg was lucky to escape with a
yellow card for a horrible late challenge on Richarlison which sparked
a massed handbags session late on.

Trump promises to 'negotiate' third term because he's 'entitled' to it