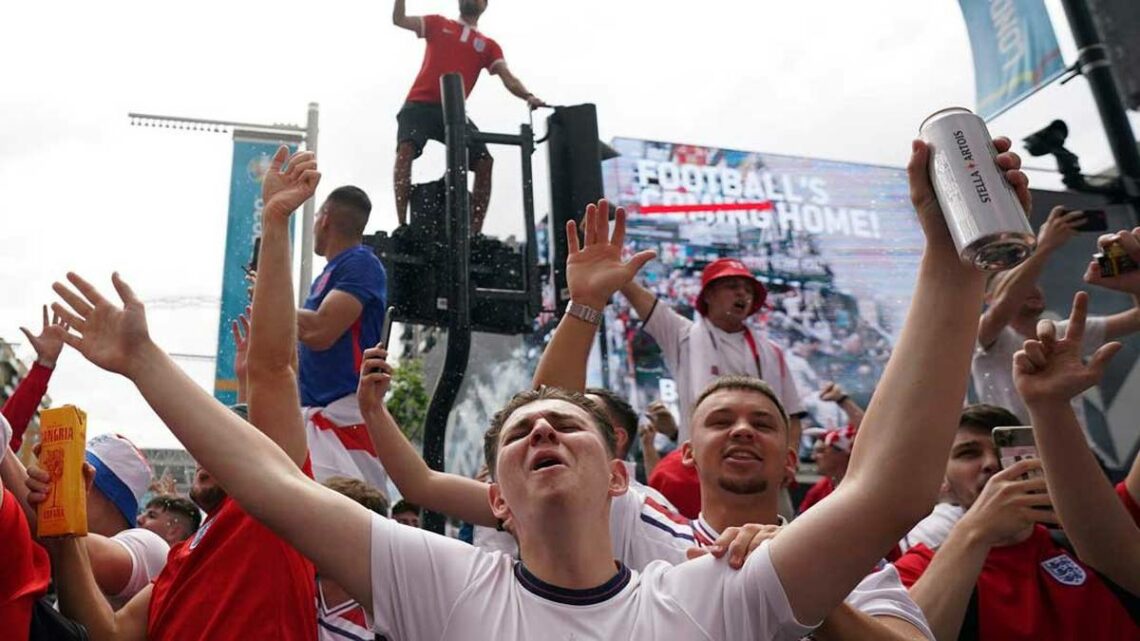 It’s being billed as the best team of the tournament against, in effect, the host nation.

The European Championship final between Italy and England at Wembley Stadium on Sunday has all the makings of a tight and tense title match.

Where the game could be won and lost

Midfield is the department where Italy undoubtedly has the edge in terms of quality and experience.

Marco Verratti is one of the few genuinely world-class midfielders at the tournament, Jorginho is a newly crowned Champions League winner and is the conductor of play in front of the defence, while Nicolo Barella — at age 24, the youngest of the trio — has been a revelation coming off a title-winning season at Inter Milan.

While England’s hard-working, central-midfield pairing of Declan Rice and Kalvin Phillips gives the team a solid base, they should be overmatched.

“The games against Spain [in the semifinals] and England will be very different,” Verratti said. “The midfield is a key section. We can perhaps make the difference there and must dictate the pace of the game.”

Expect Mason Mount, England’s attacking midfielder, to play a little deeper to help out Rice and Phillips, or even potentially a change of system.

This is probably England’s biggest strength. Get this: The full backs from Chelsea’s Champions League-winning team, Reece James and Ben Chilwell, have played one game between them at Euro 2020.

The two players England coach Gareth Southgate was able to bring on at the start of extra time against Denmark in the semifinals were Jordan Henderson, the Champions League and Premier League-winning captain of Liverpool, and Phil Foden, widely regarded as the future star of English soccer. Among the unused subs were Manchester United forwards Marcus Rashford and Jadon Sancho, a player who has just been signed for $100 million from Borussia Dortmund.

England probably has had the most attacking depth of all teams in the tournament along with France, which could be crucial if the final goes to extra time.

Italy’s squad isn’t quite so stacked with high-profile names, especially up front, but has midfielder Manuel Locatelli — one of the best players in the group stage — and some reliable defenders in reserve.

One is a Premier League-winning manager with experience of coaching in three other countries and a number of Europe’s top clubs. The other’s only stint in club management lasted three years and saw him get relegated.

Euro 2020 is showing, however, that Southgate’s abilities should not necessarily be regarded as inferior to Roberto Mancini’s — at international level, anyway.

Southgate has had a set approach this tournament, modelled on the pragmatic way France won the World Cup in 2018, where system and structure has trumped the temptation of bowing to an individual player, however high-profile or talented they are.

Almost every call Southgate has made has proved to be the right one. When it comes to the biggest game of his coaching career, can he still make the right call? There are fewer doubts about Mancini, Italy’s king of cool on the sidelines.

The semifinals perhaps highlighted a couple of areas to be exploited within two teams containing few obvious weaknesses.

England goalkeeper Jordan Pickford came into the tournament as possibly the team’s biggest concern, yet has been virtually error-free until a ragged performance against Denmark when his kicking was poor and his oft-questioned composure was shown up.

As for Italy, England likely will have noticed Spain frequently getting in behind Italy left back Emerson Palmieri, who came in as the replacement for injured starter Leonardo Spinazzola.

Emerson, who only appeared fleetingly for Chelsea this season, is a naturally attacking full back and could leave gaps behind him, especially if Italy loses possession and England can break quickly.

These have been the two best defenses at Euro 2020.

England has conceded one goal — and that came from the only successfully converted direct free kick of the tournament. With Southgate often preferring two defensive midfielders sitting in front of his back four, England’s opponents can have little space to operate.

Italy’s defensive robustness goes back decades and remains a proud trait of the national team. In all but one of Italy’s 38 matches since Mancini took charge in May 2018, the team has conceded either zero or one goal.

There have been 23 clean sheets in that time, with Leonardo Bonucci and Giorgio Chiellini enduring figures at the heart of the defense. They’re so close, they’re going on vacation together after the tournament.

“They have those two warriors at the back who have seen all this before,” Southgate said.

The potential for a 0-0 draw should not be ruled out.

Route to the final

How to catch the action

The Herald will provide live updates on nzherald.co.nz/sport. The ACC will have live commentary of the match on iHeartRadio.

The match will be broadcast live on Sky Sport 7. If you want to watch the match online, you can stream the game live via Sky Sport Now.