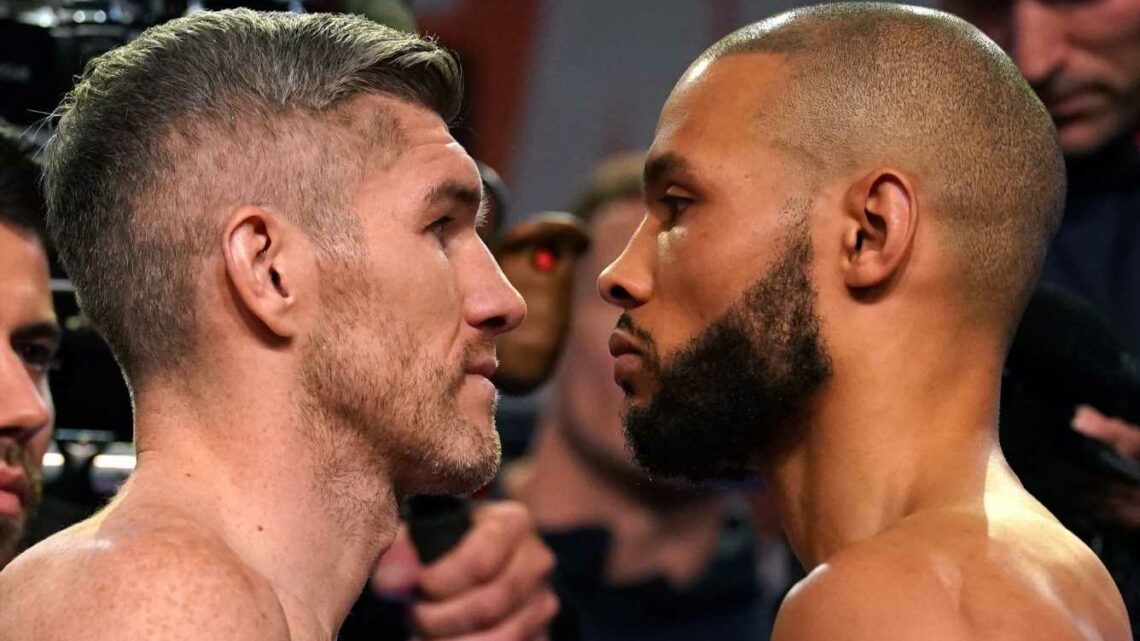 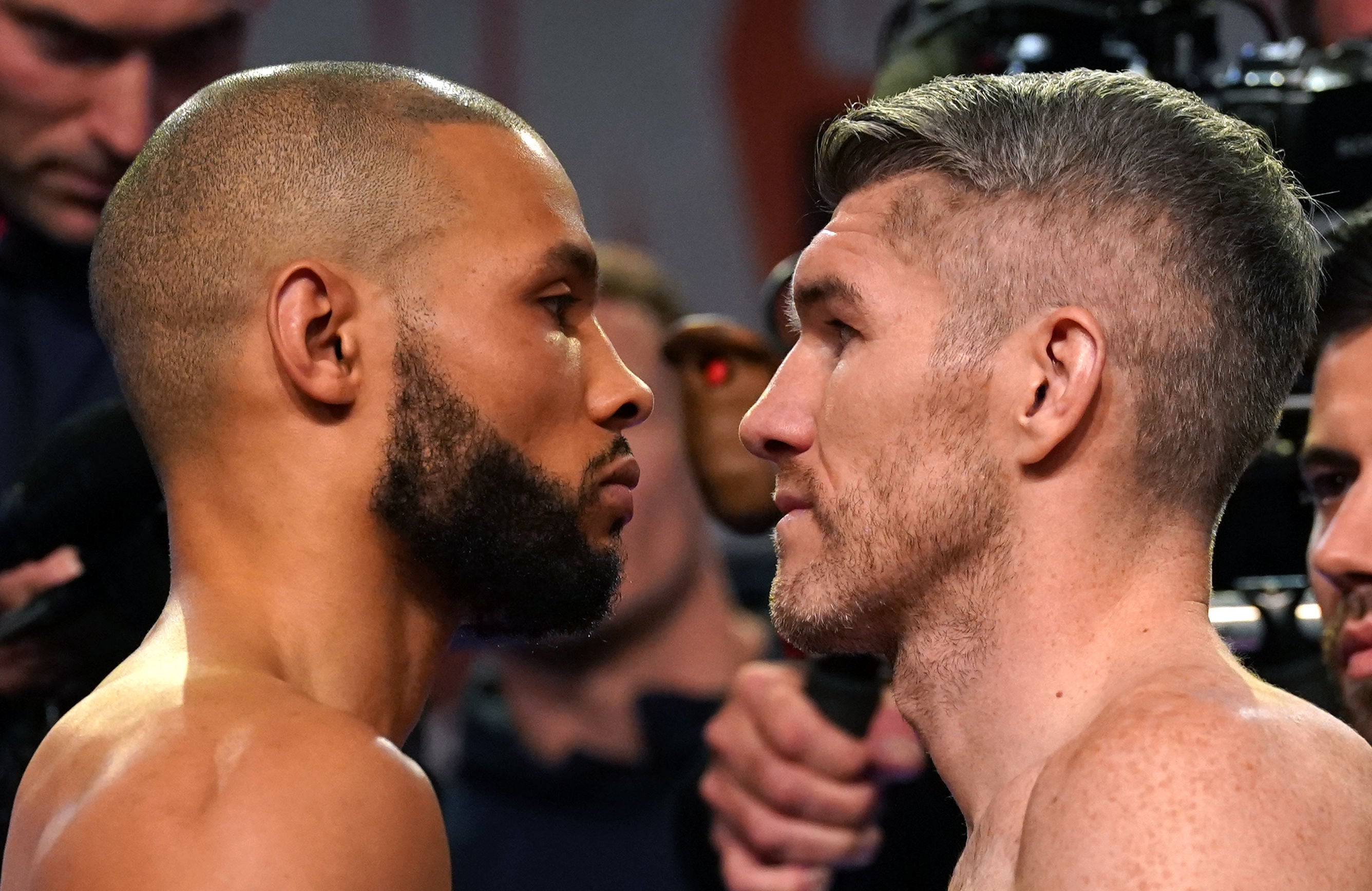 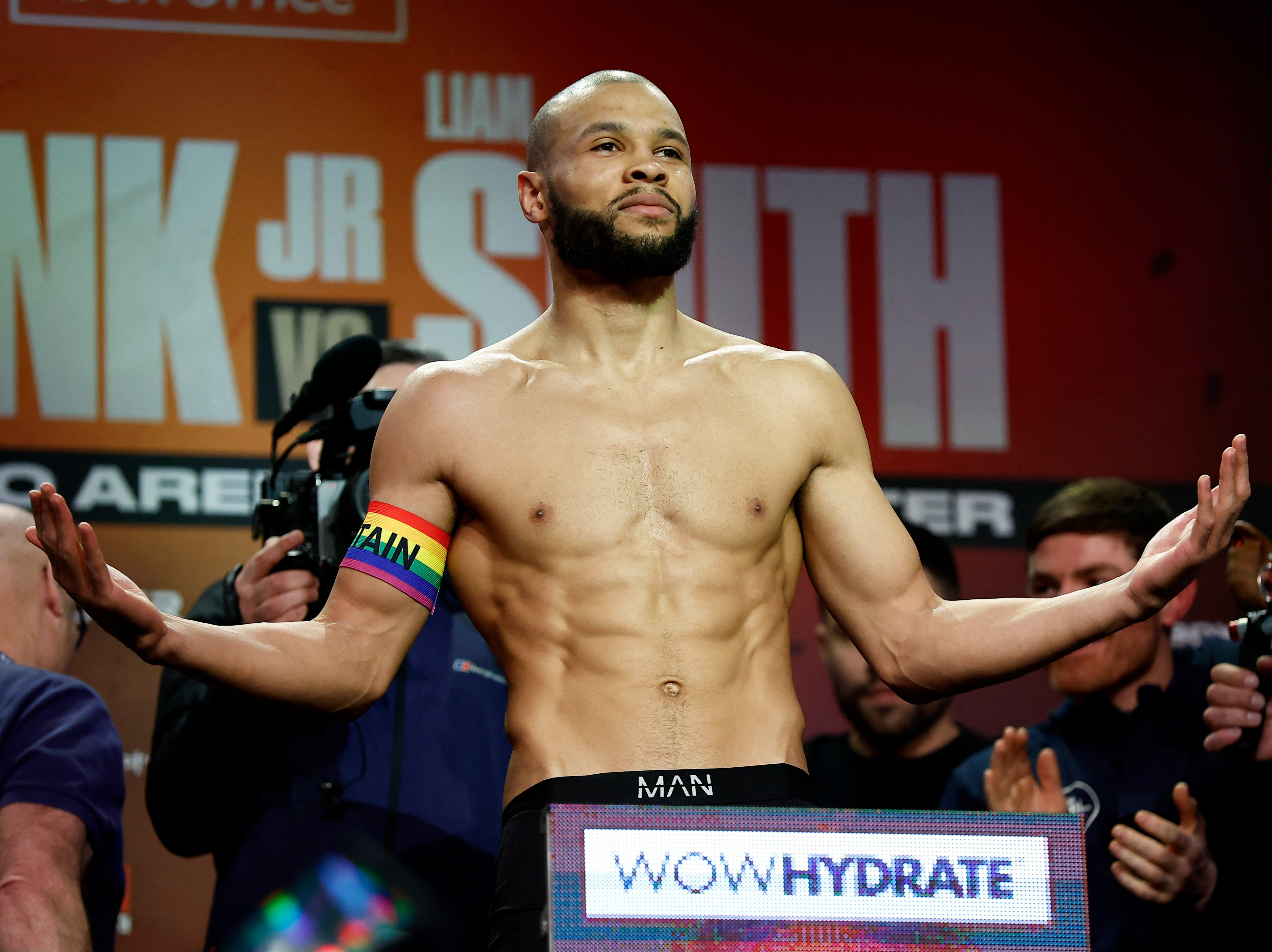 Liam Smith is in the building

One half of tonight’s main event has arrived. Liam Smith looking focussed.

Heavyweight action currently happening in the ring. Joseph Parker taking on Jack Massey, with Parker looking to bounce back from his loss to Joe Joyce last time out.

Anthony Joshua, Dillian Whyte and Joyce the only men to beat Parker in his career – not bad for 33 fights. He’s looking to get back on track against Massey tonight.

Chris Eubank Jr feels Liam Smith “embarrassed himself” as the British rivals engaged in an ugly slanging match ahead of their middleweight showdown.

A contrite Smith afterwards accepted the personal barbs “crossed a line” following a reference to Eubank Jr’s sexuality during the final press conference for their fight at Manchester’s AO Arena.

“You go on about girls, has anyone in this room ever seen you with a girl? I am just asking, do you want to tell us something?” Smith asked.

Sky Sports have also since apologised for the remarks made on stage.

Former cruiserweight and heavyweight champion David Haye is in the building and has given his prediction about tonight’s main event.

After a tight first few rounds, he’s confident there will be a stoppage.

Look who has come to watch…

Tonight’s main event has captured the interest of the boxing world and there are some big names in attendance at the AO Arena. That includes a certain Tyson Fury… 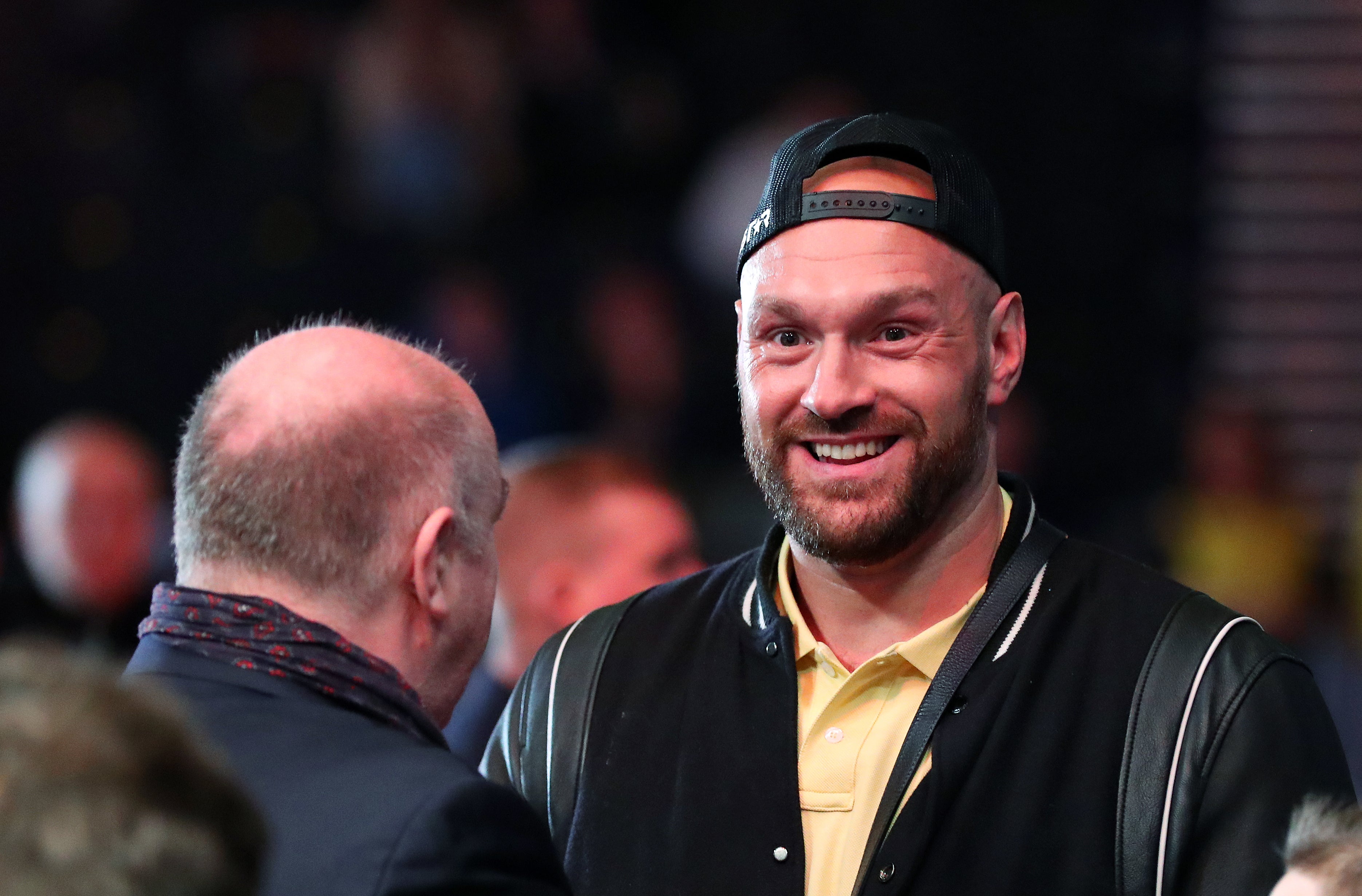 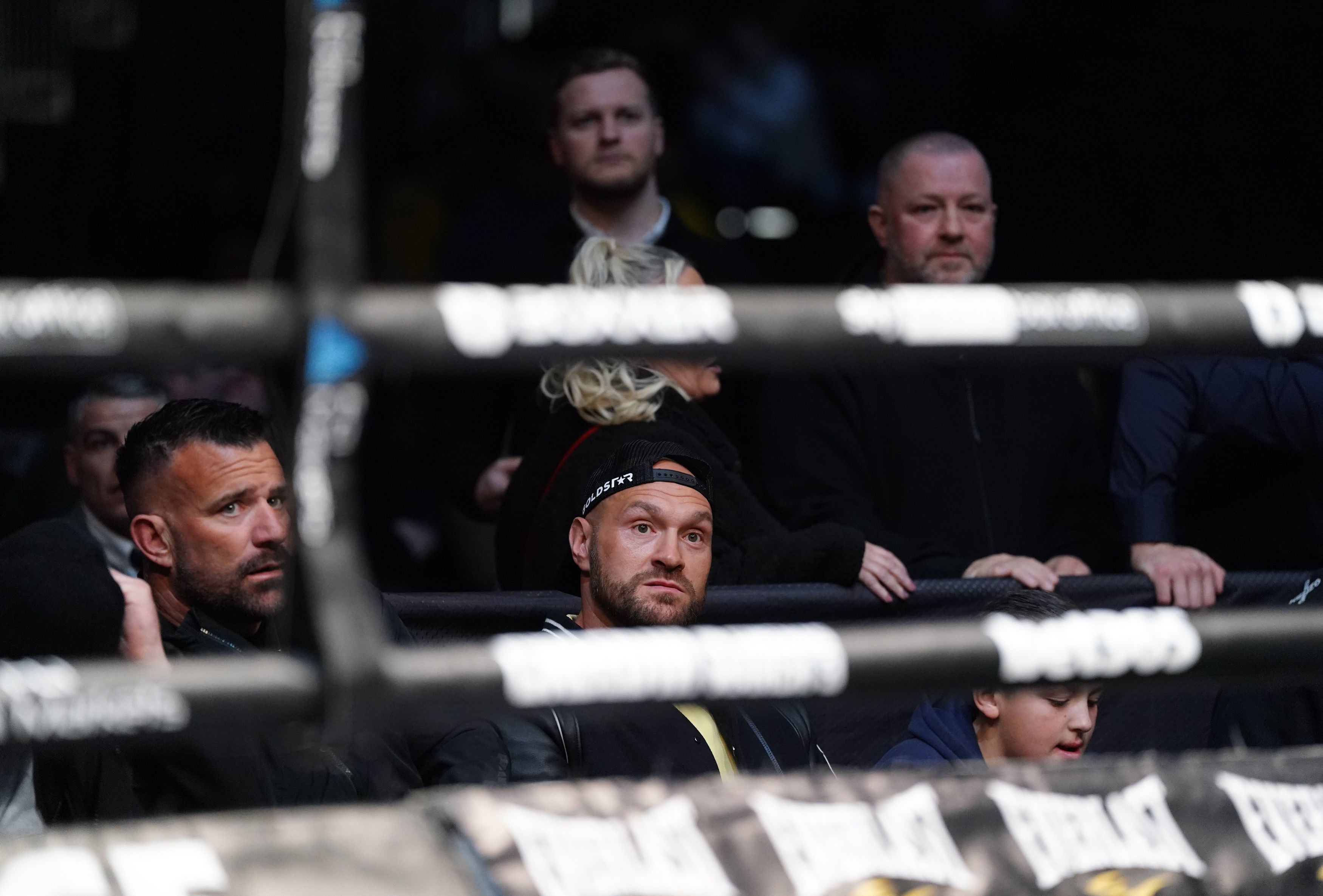 ‘Big Fraze’ Frazer Clarke got the job done in the latest undercard fight. The Olympian – a super-heavyweight bronze medallist at Tokyo 2020 – moved to 5-0 with a win over Kevin Espindola.

Espindola looked to suffer a right-arm injury early on and appeared in some discomfort. Eventually, he retired on his stool after the fourth round of the scheduled six-rounder. He’d never been stopped before.

Big Fraze probably not far away from a shot at the English heavyweight title as he continues to build his pro career. 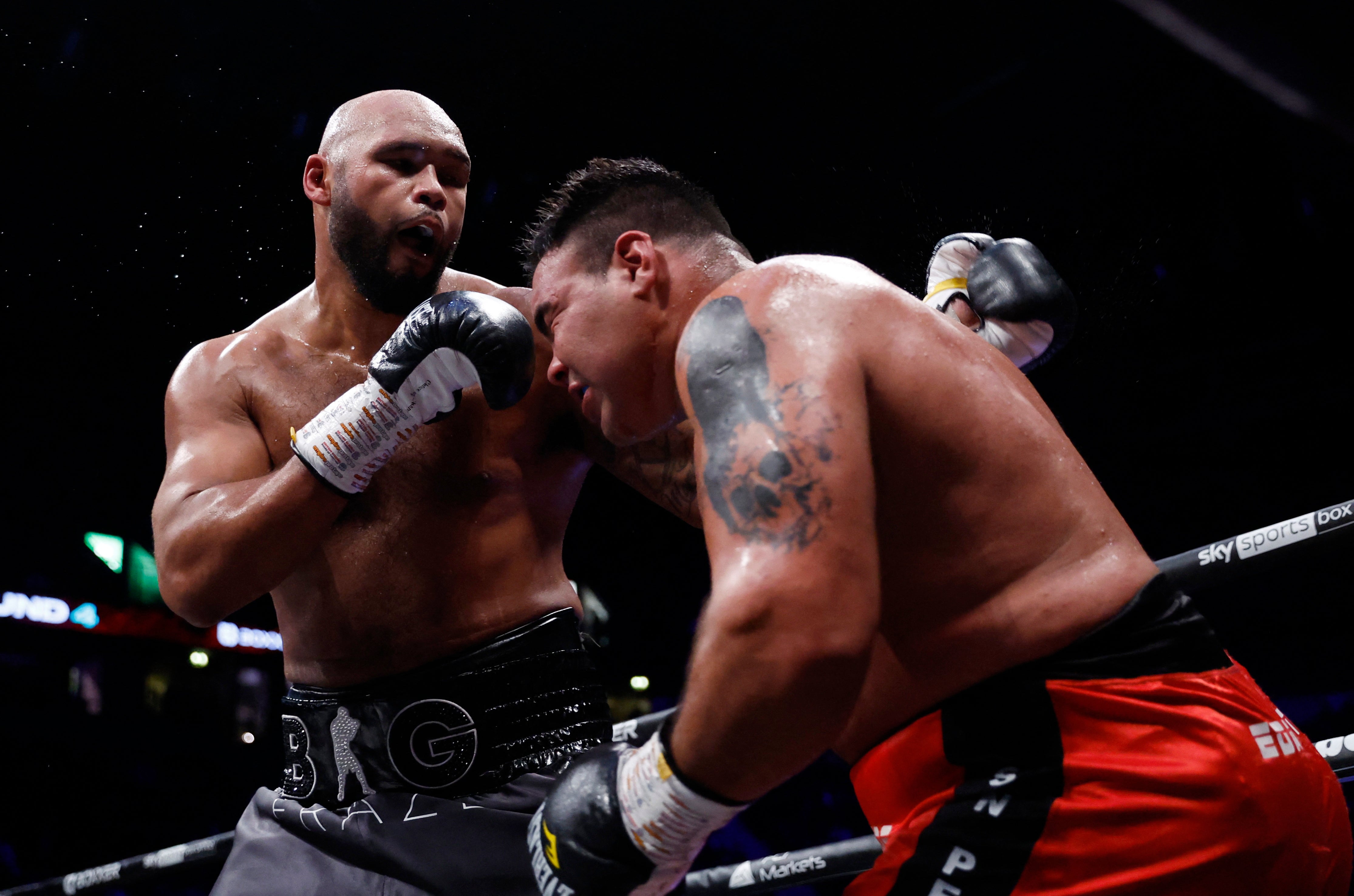 Sky Sports were forced to apologise after “homophobic remarks” were made between Liam Smith and Chris Eubank Jr at their pre-fight press conference.

The Liverpudlian provoked his rival ahead of their all-British middleweight grudge match at the Manchester Arena.

The former world champion confronted Eubank Jr about his private life and urged his rival to come out.

He then made a personal insult of his own concerning his rival’s relationship with his wife before adding: “If you would like to ask me a question just slide into my DMs.” 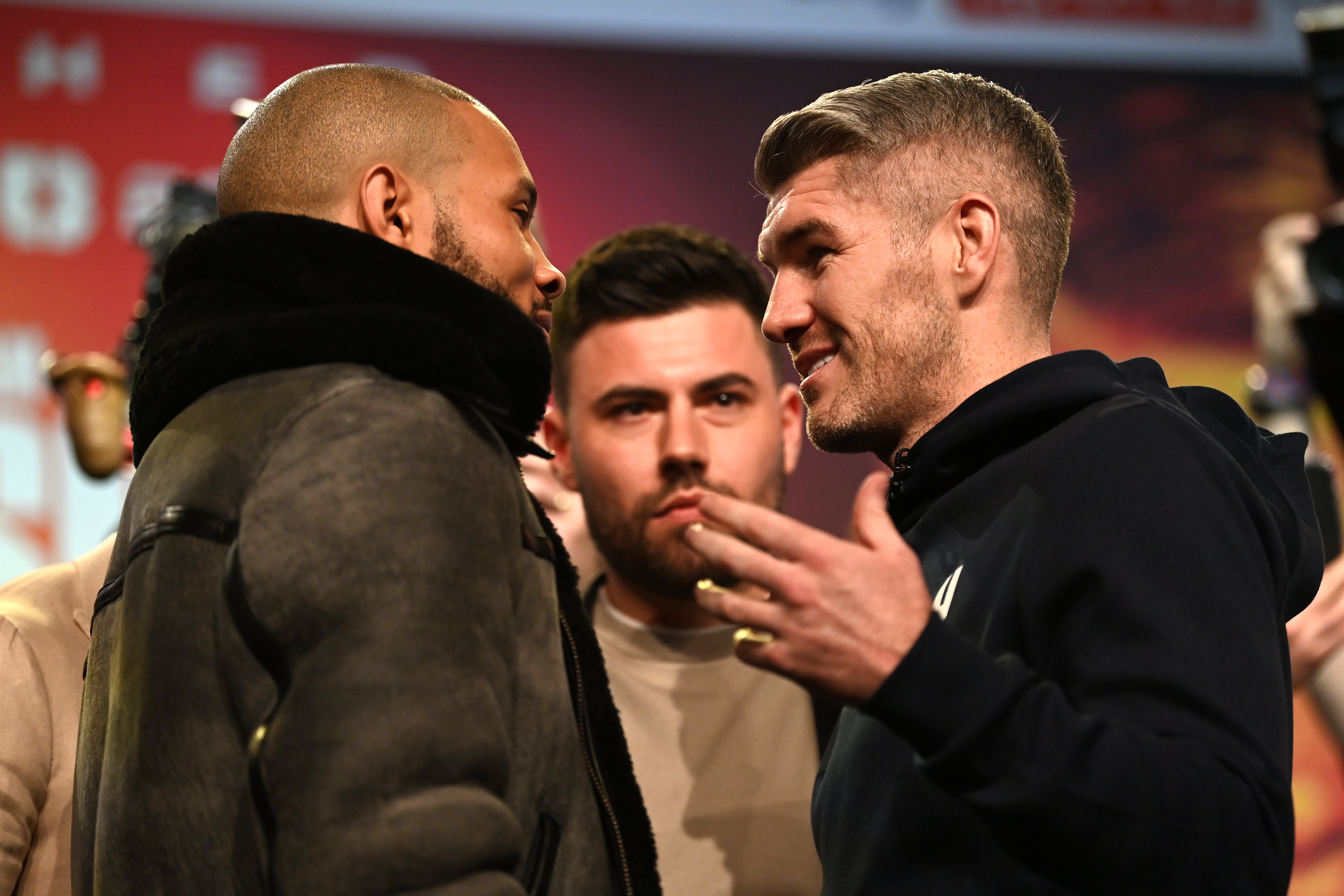 A few results to bring you from the undercard so far.

On the biggest night of his young boxing career so far, Frankie Stringer won the evening’s opening bout. He took every round of his four-round lightweight contest against Christian Narvaez to move to 4-0. He is expected to be back in the ring next month.

Matty Harris then completely obliterated Jiri Surmaj inside 90 seconds of their heaveyweight clash. Three first-round knockouts on the spin now for Harris. Watch that knockout below.

Eubank Jr vs Smith live stream: How to watch fight online and on TV today

Chris Eubank Jr and Liam Smith will square off in an all-English clash tonight as the middleweight main event in Manchester.

Eubank Jr (32-2, 23 knockouts) last fought 11 months ago, outpointing Liam Williams on the Welshman’s home turf in Cardiff, though the 33-year-old should have stepped in the ring again in October.

A highly-anticipated bout with Conor Benn fell through on late notice, however, amid adverse findings in Benn’s drug-test results.

Meanwhile, 34-year-old Smith’s last outing came in September, when the Liverpudlian (32-3-1, 19 KOs) stopped Hassan Mwakinyo in the fourth round.

Here’s all you need to know about Eubank Jr vs Smith: 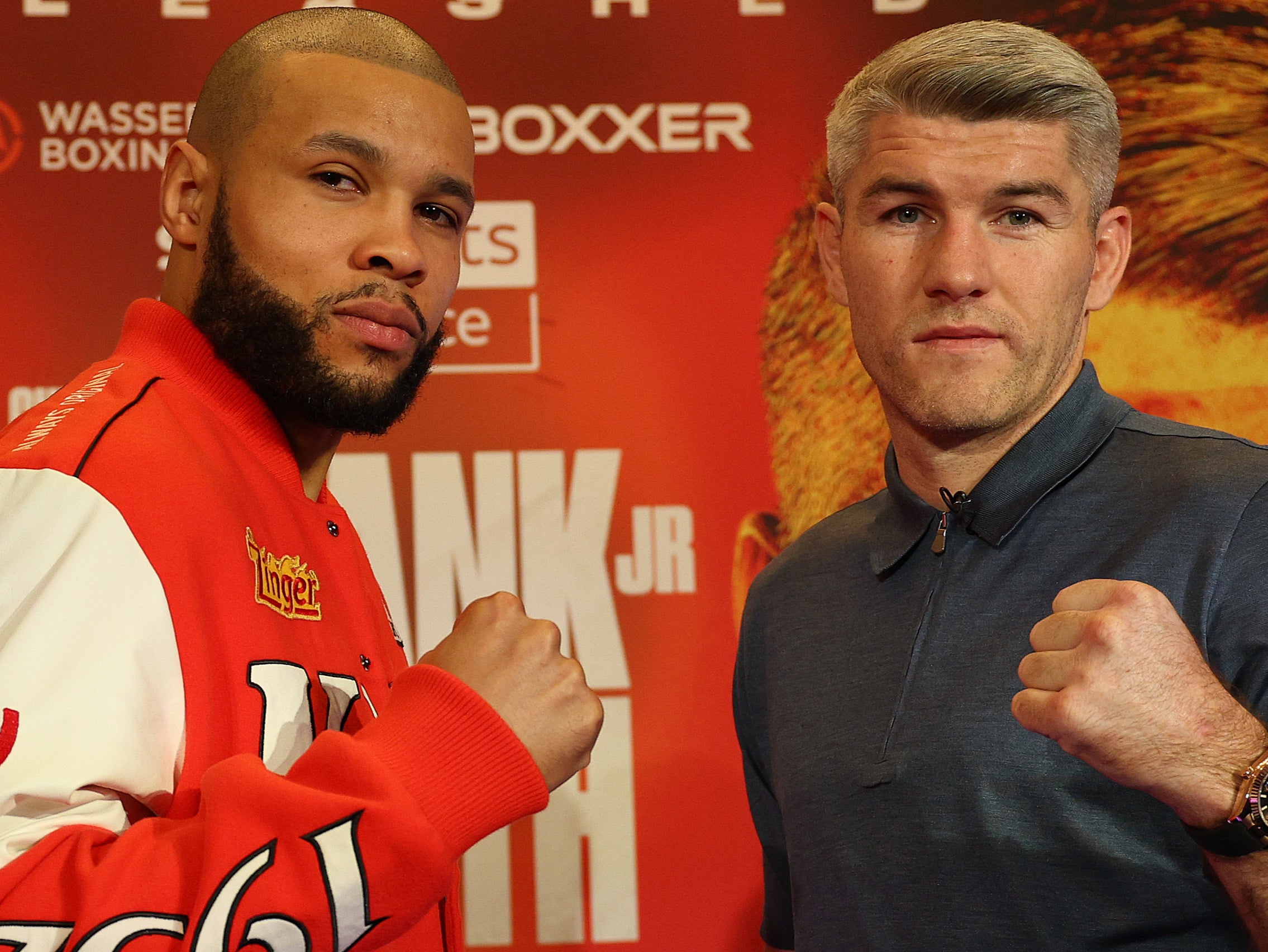 Chris Eubank Jr vs Liam Smith live stream: How to watch fight online and on TV

Who else is fighting tonight?

Here’s the full undercard for tonight’s event. We’ll update you on a couple of the early results shortly, with Matty Harris having just obliterated Jiri Surmaj inside 90 seconds of a six-round heavyweight fight.