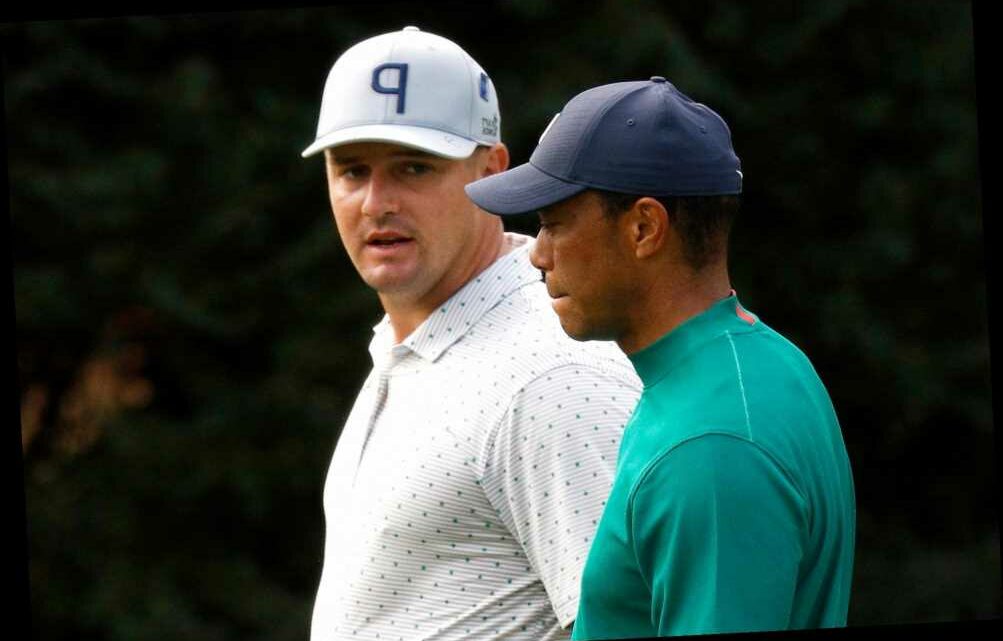 Enter for a chance to win $10,000 in this Masters contest

The Masters in November? It’s hardly a tradition unlike any other. And it’s hardly something we want to make an annual event.

But given the choice of not playing the greatest golf tournament in the world or not, we’ll take November.

We’ll begin to see Thursday how the move to the fall changes Augusta and we’ll also begin to get answers to a lot of questions, including these six that make up FoxBet’s $10,000 Super 6 Masters contest. Here’s my best shot.

Enter the Masters Challenge on the FOX Super 6 app for free and you can win the $10,000 jackpot! Download now at foxsuper6.com!

What will Tiger Woods shoot in the 1st round of the Masters?

a) 3 under par or better

CANNIZZARO Answer: e) 1-over par. Woods has played only six tournaments since the PGA Tour restart following the COVID-19 pause and his form has not been good, with a tie for 37th at the PGA Championship his best finish. In the 22 Masters Woods has played, he’s been a notorious slow starter at Augusta, shooting only one sub-70 round. In four of the five Masters Woods has won, he’s shot 70 in the opening round. In his other win, he shot 74 in the first round.

Which of these golfers will have the most birdies by the end of the 2nd round?

CANNIZZARO Answer: a) Mickelson. The problem for him is, he’ll probably have a few bogeys and a double or two mixed in. Mickelson, who’s inherently aggressive, is a player who posts a lot of birdies.

Bryson DeChambeau is the FOX Bet favorite at +800, what position will he finish the tournament?

CANNIZZARO Answer: c) 5th or 6th. Without question, DeChambeau is the most improved player in the game right now, having transformed his body, swing speed, length and overall game. But he’s yet to have success at Augusta, with his best finish in his three Masters a tie for 21st in 2016, which was his first and when he was an amateur. DeChambeau, too, has not yet shown that he’s mastered the Augusta greens. He’ll likely win a Masters, but not this year. It feels too obvious with him as the favorite.

Will someone make a hole-in-one on Sunday?

CANNIZZARO Answer: No. I say that only because the odds are against it. It’s so difficult to do.

Which of these golfers will have the lowest single-round score for the tournament?

CANNIZZARO Answer: c) Tony Finau. He’s played two Masters with a tie for 10th in 2018 and a tie for fifth last year. Of the eight rounds he’s played, three of them have been in the 60s, including the 8-under 64 he shot in the third round last year.

Which of these golfers will have the lowest overall score for the tournament?

CANNIZZARO Answer: b) Dustin Johnson. The No. 1-ranked player in the world is on form and he’s done about everything around Augusta except win a green jacket. Johnson’s last four Masters results: tie for sixth, tie for fourth, tie for 10th and runner-up last year. He’s due.

CategorySport
Tags10 A chance Enter for to win

Safaree Samuels & Daughter, 9 Mos., Twin In Fur Coats As He Shows Her Off In Rare Photo — Cute Pic

We Finally Got a Look at the New Gossip Girl Cast, and Blair Waldorf Would Surely Approve
World News