CHRIS BOYD says England flanker Tom Wood has never been "fitter or friskier" after recovering from life-threatening blood clots in his lungs.

Northampton Saints star Wood was taken to hospital last month and put on blood-thinning meds after suffering severe pains in the middle of the night. 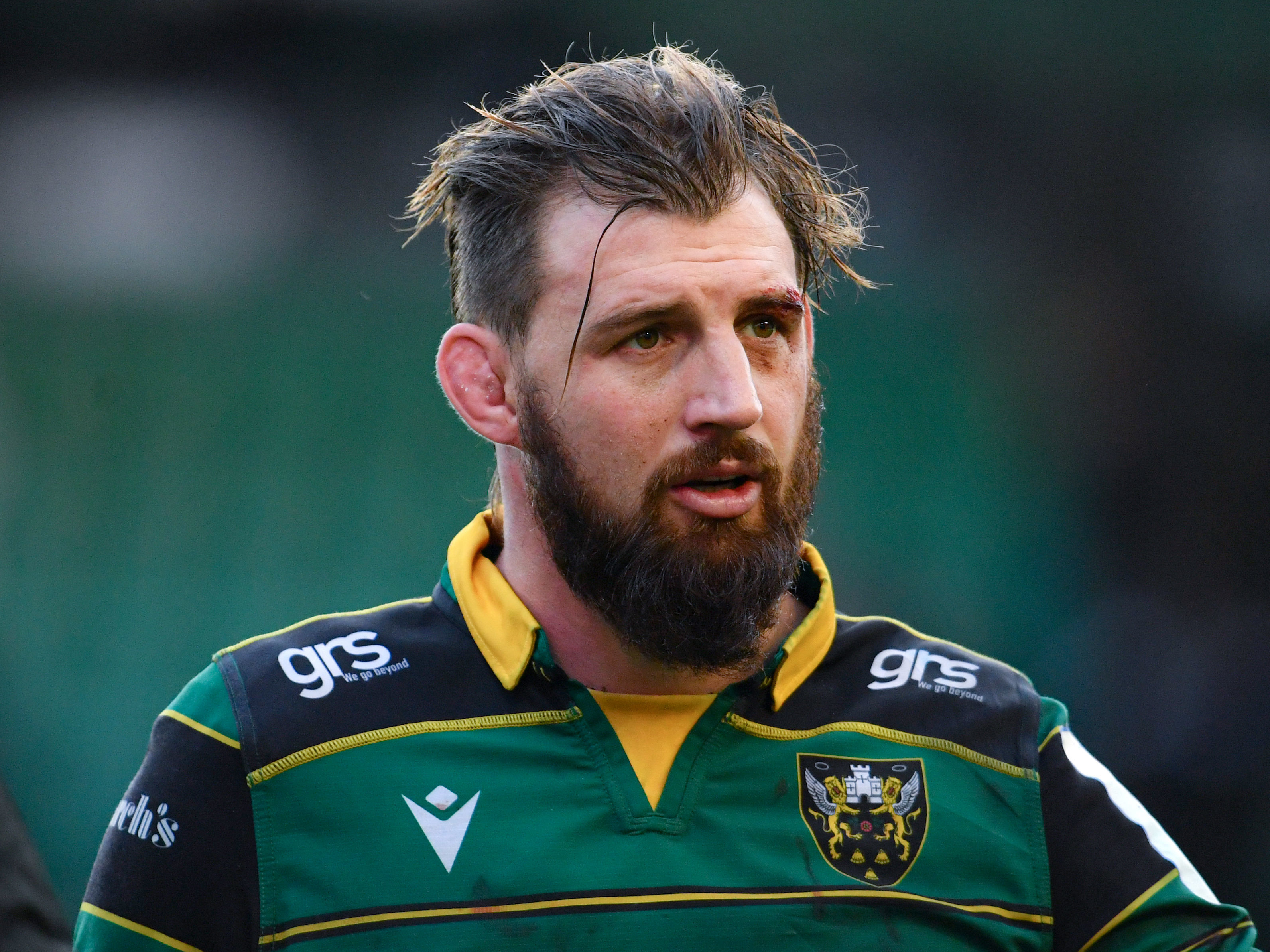 The 33-year-old, who is also a wood-work fanatic and will need to be careful off the pitch too, is unlikely to play this season due to the issues he could suffer if he takes a bad cut.

But Saints boss Boyd said: "He came back and immediately came and put pressure on me for a year's extension! He reckons he's never been fitter or friskier.

"He had a bit of a scare when he woke up in the middle of the night with some fairly severe pain and ultimately they diagnosed the fact that he had a pulmonary embolism that came out of one of his legs – much the same as a DVT.

"He is on medication to keep his blood thin and as long as he doesn't chop his finger off in the woodwork shop then he will get through the next chunk of time.

"But he can't take contact as you can't afford to take a bleed when you have the thinning medication. So he is probably on light duties and non selection until the end of the season.

"Those clots, when they dislodge and they end up getting into major organs, other the heart or the lungs, I’m not a medical man – but they can certainly be a fairly significant problem.

"He was in a lot of pain. He said he was enjoying the drugs! But he’s fighting fit now and he’s ready to go. It was a bolt out of the blue. But he’s been really good for us actually."

Saints have called back Jamie Gibson on a short-term deal to cover for Wood – having already let the flanker go.

Yesterday, fit-again Wood tweeted: "Thank you to everyone for the kind messages in relation to my little health blip. It was a strange/ uncomfortable couple of days.

"But I’m completely symptom free and training hard again now after passing a full MOT. I’m unable to play though until I’m off blood thinners.

"Would like to add a huge thanks to the @SaintsRugby medical staff and @NGHnhstrust for taking such good care of me.

"Considering the added challenges of Covid the the speed and quality of diagnosis & treatment was incredible. I’m very grateful."

Saints centre Fraser Dingwall admitted that the news of their Wood's hospital dash had sent shockwaves through the squad at Franklin's Gardens.

He added: "Initially it was quite a shock. It isn’t common in rugby.

Most read in sport

"When it comes to major injuries in rugby the focus is normally on physical stuff you can see. Medical issues aren’t seen as often.

"Having him back in training has eased everyone’s nerves a little bit, just to see him. He seems very healthy in his normal self.

"That’s settled everyone massively. He is pretty indestructible. He’s had a fair few knocks and niggles and he keeps moving."