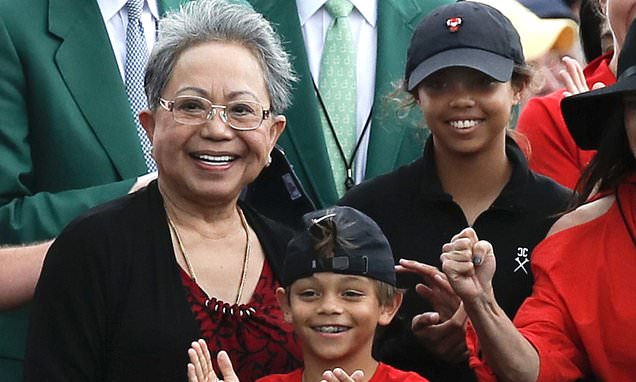 ‘They associated it with their daddy being in pain’: Emotional Tiger Woods admits joy to have his children see him win a major after years of injury hell

Tiger Woods relished winning the Masters for his first major title in 11 years on Sunday night and said: ‘This has to rank up there with anything that I have ever achieved.’

One of the many things that made it special was the fact it was the first major he has won in front of his two kids, Sam and Charlie, who were waiting for him behind the 18th green.

‘Since I had my last back operation and returned, I think they’ve come to see what this game means to me,’ said the 43 year old. 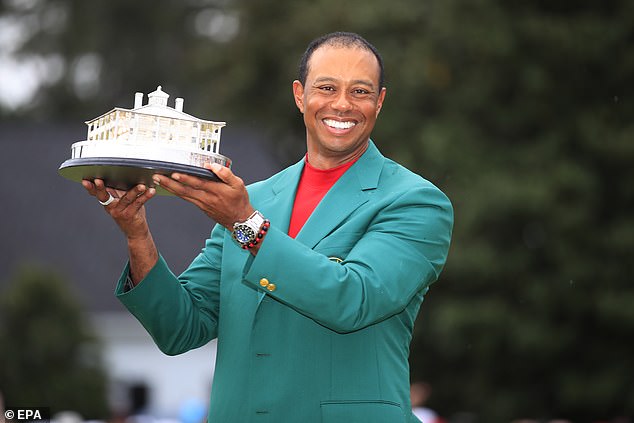 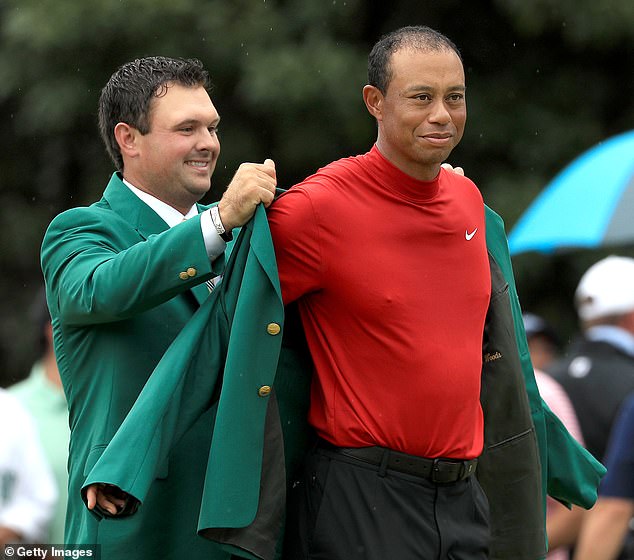 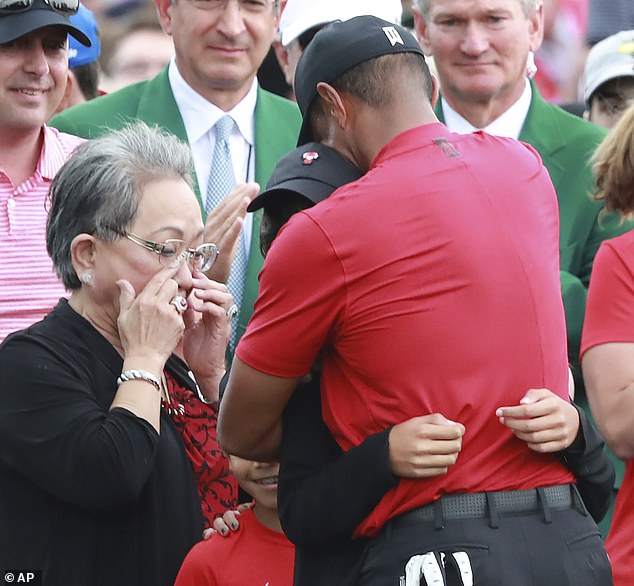 ‘Before then, they didn’t like golf much because, as far as they were concerned, they associated it with their daddy being in pain. But this was great. I’ve said many times I wanted to win a major with them present, and it was fantastic to have them there.

‘This is going to give me such confidence going forward. I’m sore now, because I put so much into it, but I know I can win majors again.’

Woods’s astonishing victory by one stroke – his fifth Masters win but first since 2005 – rendered his miraculous recovery from back surgery complete and was greeted with rapture in the golf world. 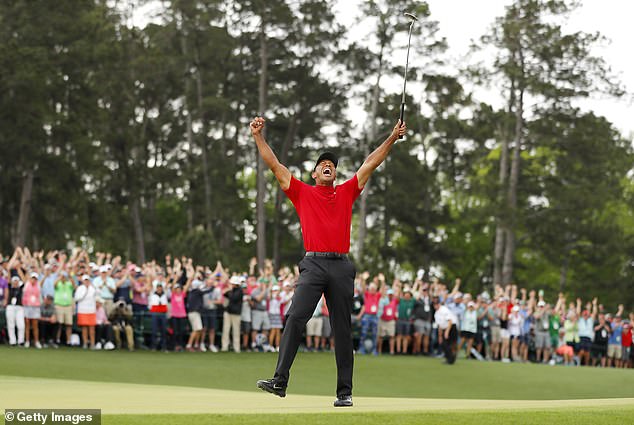 Jack Nicklaus was among the first to congratulate Woods, after the latter moved to within three majors of the Golden Bear’s all-time leading total of 18.

Nicklaus had been bone fishing in the Bahamas but made sure he found land in time to watch the final few holes. ‘I’d just like to say a big well done from me,’ said the man whose lifetime achievements Tiger posted on his wall when growing up.

‘I’m so happy for Tiger and the entire game. It’s just fantastic for golf and all of sport.’ Commenting for American television, three-time Masters champion Sir Nick Faldo said the scene of pure joy around the 18th green was the best he had ever seen in his long career in the game. 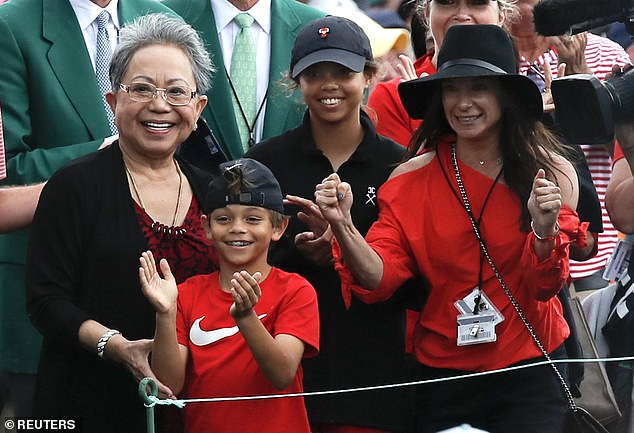 After years of seeing their father left in pain due to golf, Woods’ children witnessed his triumph

‘There’s just such an outpouring of emotion from everyone because for so long we never thought we’d see him win another major,’ he said.

‘This is the greatest thing you will ever see, folks. I said before the tournament this is the best event in sport and now everyone can see why I feel that way.’

Woods will now take a break before training his sights on the US PGA Championship at Bethpage next month – a venue where he just happened to win the US Open in 2002.