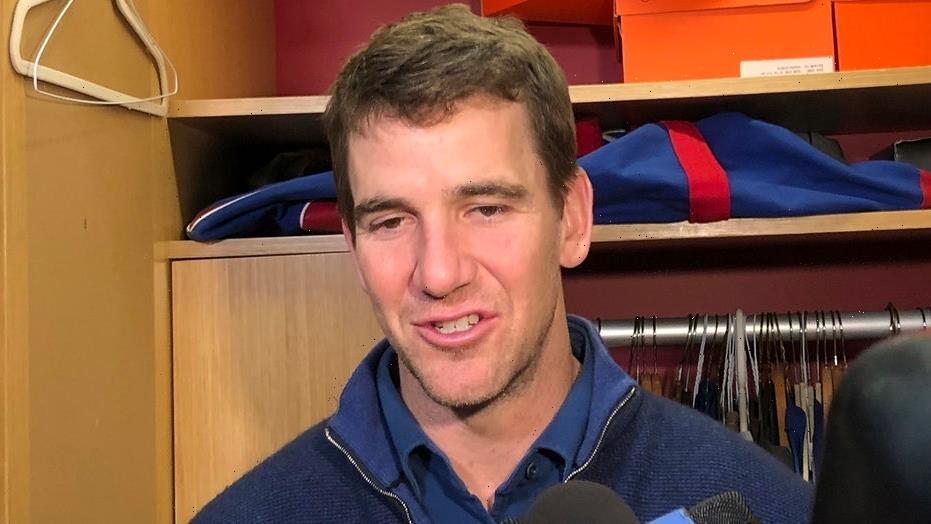 Eli Manning has Dad jokes, even a few ribbing his brother and Tom Brady.

The retired Giants quarterback took part in an exchange of Father’s Day jokes with former center Shaun O’Hara, in a video posted Sunday by the team’s official Twitter account.

Of Brady, whose Patriots lost twice in the Super Bowl to the Giants, Manning asked: “What is Tom Brady’s favorite wine?”

He immediately answered his own question in a high-pitched impression, while flailing his arms up and down: “I can’t beat the Giants!”

O’Hara laughed and responded “You can’t throw it and catch it,” channeling Brady’s wife, Gisele Bundchen, who once was caught on video yelling at a heckling fan, “My husband cannot f—ing throw the ball and catch the ball at the same time.”

He then moved on to a quip about his older brother Peyton.

“What happened when Peyton Manning told his receivers a joke?” Eli asked. “It went over their heads.”