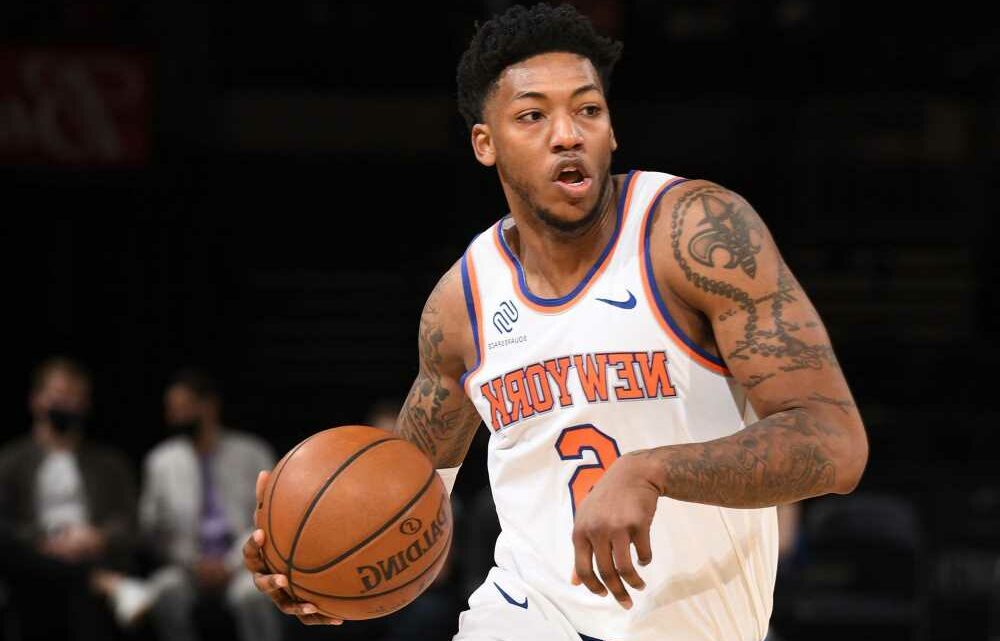 Knicks clinch No. 4 seed as playoff opponent is revealed

Knicks control their destiny in battle for No. 4 seed in East

Knicks starting point guard Elfrid Payton has a week of practice to get out of his horrendous funk — and perhaps stave off a playoff benching.

Payton, who never lost his starting job even when Derrick Rose surged, hit rock bottom in the Knicks’ 96-92 win over Boston Lite on Sunday at the Garden that clinched home-court advantage for the first round.

The Knicks survived Payton’s 14 painful minutes as the Louisiana-Lafayette product couldn’t do anything right. He finished scoreless for the second time in three games, missing all four of his shots, with two turnovers.

Twice, his layup attempts were swatted away at the rim. He hasn’t scored more than two points in four straight games.

Payton is averaging 2.8 points in the past six games, and has looked completely bereft of confidence — far from the attacking player he was entering the All-Star break.

With the Hawks and otherworldly point guard Trae Young on tap in the first round, Thibodeau needs to mull whether Payton deserves playoff minutes considering his massive slump.

The saving grace is Thibodeau considers Payton a physical defender because of his size. But if the coaching staff doesn’t think he can keep up with Young, a change to Frank Ntilikina may be in the offing.

Payton committed two turnovers in the first three minutes Sunday. His second half didn’t start much better, as he passed up an open look in the lane. On the next possession, Payton missed a runner after which he stared at the hardwood.

The Knicks’ point-guard situation is not in the best shape entering their first playoff appearance since 2013. Sharp all season, Rose sprained his ankle during a 39-minute night in Los Angeles on Tuesday and was rested for Thursday’s game against the Spurs.

On Saturday, because he wasn’t keeping up defensively, Thibodeau benched Rose for the game’s final 16 minutes, including all of overtime in favor of an Alec Burks-Immanuel Quickley backcourt tandem.

Sunday, Ntilikina came in for 30 seconds for defensive purposes late in the third quarter over Payton, whose minutes have been slashed.

Rose’s shot was uncharacteristically ragged Sunday — he went 3-for-9 for seven points — and he committed a horrendous late turnover. Rose admits he’s not 100 percent.

“I’m feeling good, man,’’ Rose said. “Trying to, I mean, outside of the ankle, just trying to get my body right since I twisted my ankle, playing live, I didn’t play in practice. The games has been the only action I’ve been getting. So I’m out there just making sure I’ve got nothing lingering into the postseason and just trying to get ready coming back from the ankle.’’

When asked if he’d tighten the 10-man rotation for the playoffs, Thibodeau didn’t rule it out.

“We’ll see,’’ Thibodeau said. “Matchups are important but I like the depth of our team.’’

Knicks center Nerlens Noel finished his first regular season with the Knicks with another defensive gem — three steals, three blocks and two points. Thibodeau hasn’t said one way or another if there’s a chance Mitchell Robinson (broken foot) could rejoin the club amid a deep playoff run, but the center seemed to have a limp as he walked off the court.

One day after Knicks broadcaster Mike Breen was officially honored with the basketball Hall of Fame’s Curt Gowdy Award for 2020, the Garden’s legendary photographer, George Kalinsky, was named one of the 2021 recipients of the Curt Gowdy Award.