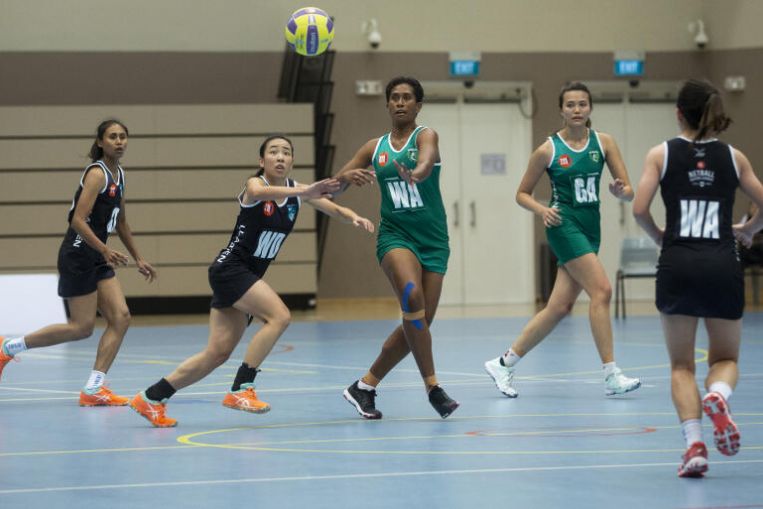 But the Fijian’s joy was short-lived when she was informed by Netball Singapore hours later that she and her five compatriots, who were playing for the six NSL teams, would not be able to compete in the remaining two weeks of the season.

Instead, the six players would be flying back to Fiji the following night. Due to the border control measures introduced in response to the coronavirus pandemic, Fiji Airways has suspended 95 per cent of its international flights until the end of May, with only twice-weekly services run between Singapore and Nadi, Fiji.

But with Singapore barring short-term visitors from entering or transiting in Singapore from 11.59pm today, there were concerns over whether the flights between Singapore and Fiji would continue.

Waqa, who plays as a centre or goal attacker, said: “I didn’t expect the call last night, we were all shocked.

“We were very sad since the semi-finals were this weekend. I was looking forward to it after we won the important game on Sunday and I was beginning to settle in with the team.

“It’s not something we can control. We just have to deal with it and head home to where our families are.”

Since 2011, the NSL has recruited international players for the teams from Round 2, which kicked off on March 8 this season.

Fijian player Ema Mualuvu, who was named the Most Valuable International Player, was disappointed to see her season come to a premature end. The 20-year-old defender said: “I was shocked and didn’t feel happy at all. I was looking forward to these games before the finals before heading back to Fiji.

“But it’s important to go back to our home country because it’s for our own benefit.”

While Blaze Dolphins coach Wang Jingqing was concerned that this would affect preparations for their semi-final clash against Marlins, she was understanding of the situation. “Rusivakula has impacted our game, but we do understand the decision made by the committee,” she said.

Mannas captain Charmaine Soh said that the international players’ absence would be felt, but she was optimistic that her team, who face Sneakers Stingrays in the semi-finals on Saturday, can rise to the challenge.

She said: “Ema has been a great asset to our team. We will surely miss her presence in the defence circle.

“However, we do have amazing defenders so we will just have to regroup and come up with new strategies for the remaining games.”

Kate Middleton: What does the Duchess’s parenting style reveal about Kate?
World News