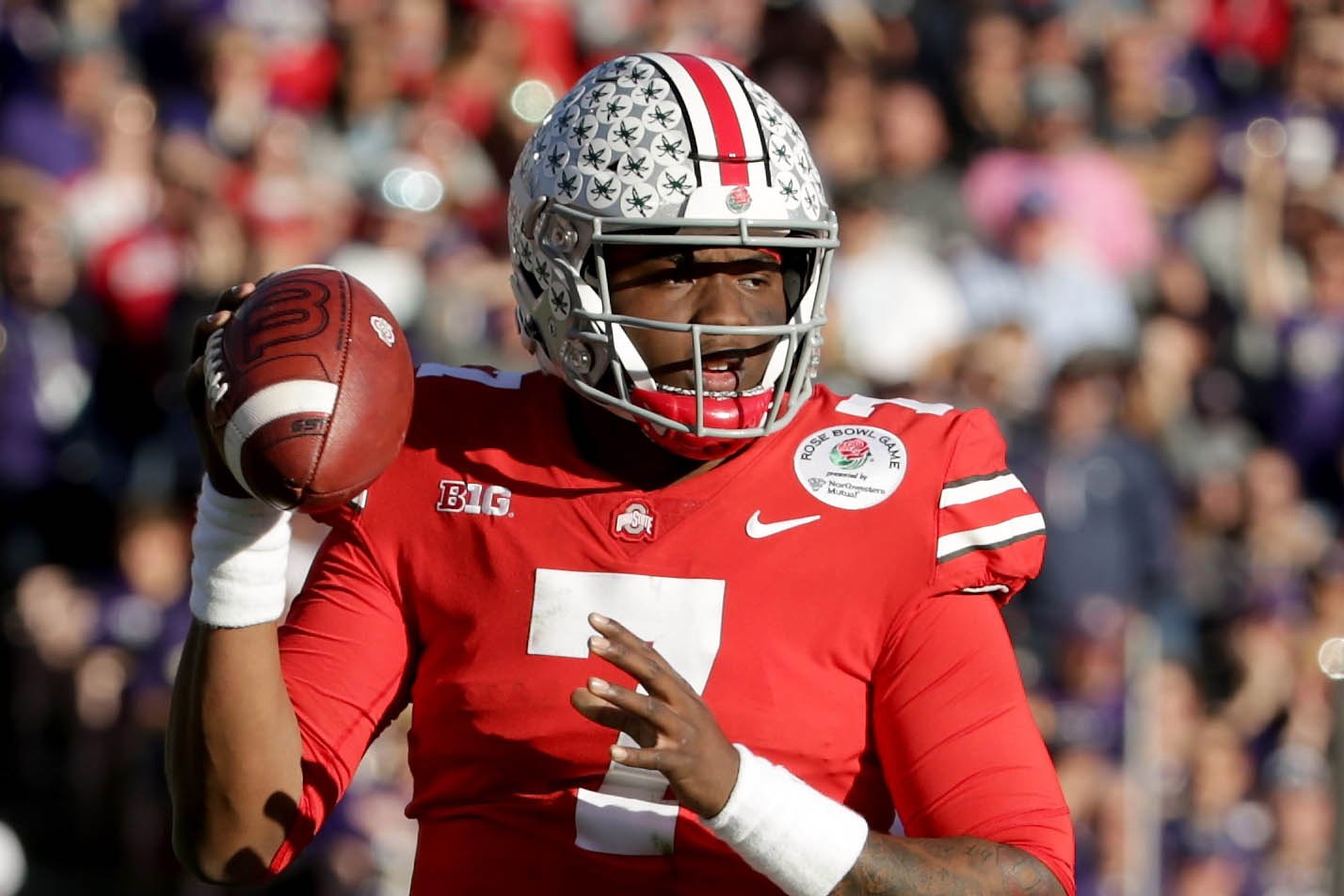 If the Giants want Dwayne Haskins, they now know for certain what has been strongly speculated for weeks: The Ohio State product will enter the 2019 NFL Draft.

Haskins, 21, on Monday made it official, saying he will leave school now, after his redshirt sophomore season, and enter the draft. He is expected to be the first quarterback taken April 25 in what most analysts say is an extremely down year at the position. The Giants have the No. 6-overall pick and, given the dearth of quarterbacks this year, might actually have to trade up if they want Haskins, even though he is considered a raw and not-ready-to-play prospect.

A native of Highland Park, N.J., Haskins said he grew up a fan of the Giants. Back in early December, before finishing third in the Heisman Trophy voting behind winner Kyler Murray of Oklahoma and Tua Tagovailoa of Alabama, Haskins said, “It would be pretty nice” to play for the Giants.

Haskins grew up in New Jersey before moving to Maryland before high school.

“I’ve been a Giants fan for a long time,” he said.

The 6-foot-3, 220-pound Haskins started only one season at Ohio State, but one was enough for him to set a Big Ten record with 50 touchdown passes and bid adieu to Columbus. Haskins completed 70 percent of his passes this season. Few expected him to return for his junior year and he took to social media on Monday to say farewell.

“Buckeye Nation, I would like to thank you for everything,” he wrote. “You have made this experience a blessing. As a young kid, I had dreams of playing at The Ohio State since the age of 10 years old. God has blessed me with the opportunity to go achieve another dream. The NFL. After many thoughts and prayers with family and close friends, I have decided to declare for the 2019 NFL draft. To my coaches, teammates and friends that I’ve made at this prestigious university, THANK YOU! To Buckeye Nation, what an unbelievable experience. I love this university and will support it for the rest of my life.”

Haskins closed out his career by leading the Buckeyes to a 28-23 victory over Washington in the Rose Bowl. He completed 25-of-37 passes for 251 yards, three touchdowns and no interceptions.

The Giants are in the process of figuring out if they will bring Eli Manning back for a 16th season, if they will part ways with their franchise quarterback, if they will look to free agency to add a veteran such as Nick Foles or Teddy Bridgewater or if they will take a quarterback high in the draft.