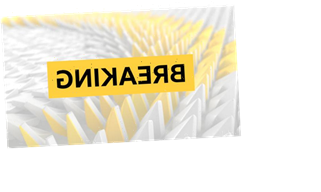 Dundee say they have held “positive discussions” over league reconstruction but have not clarified if they will vote to end the season now.

The SPFL’s resolution to call the lower league campaign rests on the Scottish Championship club after they retracted their original no vote.

Dundee, who are third in the league, say they have their own and Scottish football’s interests at heart.

“It is a time for integrity and impartiality,” said a statement.

“Over the past few days, we have entered into various positive discussions with reconstruction at the forefront of these.

“Given our discussions and considering all aspects, we don’t feel we are in a position to comment further on the resolution that was put forward.”

With only Dundee’s vote needed after Friday’s 17:00 BST ballot to pass the resolution, the Championship, League One and League Two would finish now on a points-per-game basis. The Premiership season would also be ended, should the SPFL board “determines the games cannot be played”.

For the SPFL motion to be passed, it needs nine Premiership clubs, eight in the Championship, and 15 in Leagues One and Two combined to vote in favour.

However, Partick Thistle, who would be relegated from the second tier if the motion was passed, have said their legal advice states Dundee’s retracted no vote should stand.

“We understand that this may bring more questions than answers and we will look to give a much more substantial account of the past few days at the conclusion of this process,” added Dundee.

“Our supporters should know that we are, as always, looking out for the best interests of both Dundee Football Club and Scottish football as a whole.”