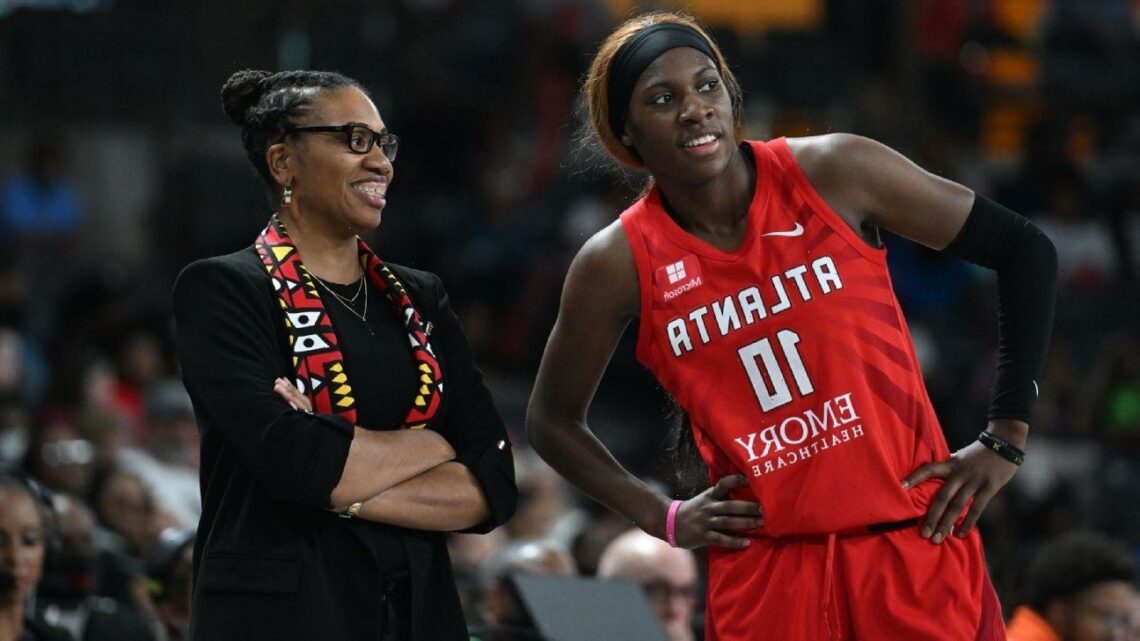 M.A. Voepel covers the WNBA, women’s college basketball, and other college sports for espnW. Voepel began covering women’s basketball in 1984, and has been with ESPN since 1996.

The Atlanta Dream have extended the contracts of coach Tanisha Wright and general manager Dan Padover through the 2027 season, it was announced Tuesday.

Terms of the extensions, other than the length, were not disclosed, but they represent a lengthy commitment for Wright and Padover. The Dream went 14-22 last season and were in the WNBA playoff race until the last week of the season, while Rhyne Howard, Atlanta’s No. 1 draft pick, was the WNBA Rookie of the Year.

“There is an excitement to know that the ownership group believes in you that much,” Wright told ESPN. “I’m excited to be here and build on the foundation that we started.”

The Dream came under new management in February 2021, when the team was bought by an ownership group headed by real estate investor Larry Gottesdiener. Then-coach Nicki Collen left for the Baylor Bears in May 2021, just before the WNBA season. Mike Petersen and then Darius Taylor coached Atlanta that season to an 8-24 record.

Wright and Padover, who were both with the Las Vegas Aces, were hired a few weeks apart by the Dream in October 2021.

“I think our ownership group brought both of us in with the idea of, ‘How do we turn this around?'” Padover told ESPN. “And after a year, we made some good strides. What this commitment shows is they are supporting us to look out for the long-term of this franchise.

“With that, we’re able to make smart decisions, be patient, not skip any steps. We want to set this franchise up for years and years to come.”

Wright, who starred collegiately for the Penn State Lady Lions, played 14 seasons in the WNBA, including 10 with the Seattle Storm, who drafted her in 2005. She was a starter for the 2010 Storm team that won the league championship.

The 39-year-old Wright, who is one of six former WNBA players to currently hold a head-coaching position in the league, began her coaching career as an assistant in the college ranks for the Charlotte 49ers women’s team. She then became an assistant to Bill Laimbeer with the Aces.

“I enjoy the development part of basketball, seeing players get better,” Wright said. “It doesn’t matter if they are young or if they’re vets, as long as they want to get better.”

Padover, a two-time WNBA Executive of the Year, executed the trade in April 2022 to get the No. 1 pick that landed Howard. The Dream have a young nucleus and could be active in free agency in 2023, plus have the Nos. 3 and 8 picks in the first round of April’s draft.

“These are the people I want to run with,” Gottesdiener told ESPN of Wright and Padover. “They have the highest integrity, and they want to build a team the right way. It’s going to take time, and we wanted to say to them and to the world at large, this is a long-term project, and we’re all in this together.”