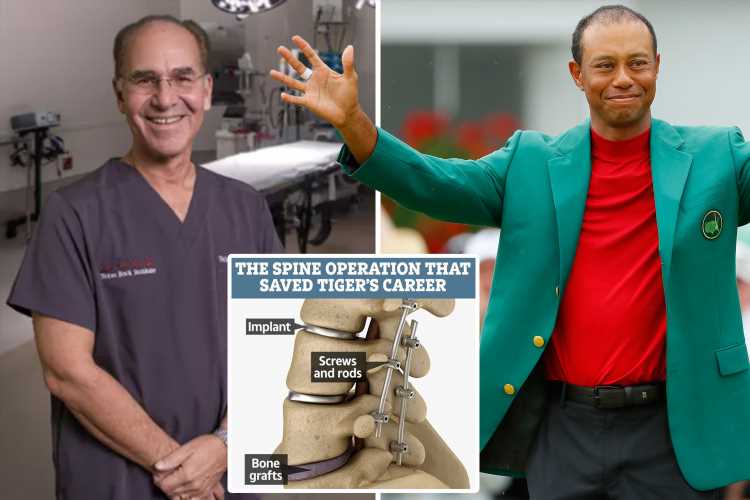 TIGER WOODS could barely walk. The man who strode down the fairways as the greatest golfer of his generation needed help just to get out of bed.

But two years later he is the Masters champion again for a fifth time – thanks to pioneering surgeon Dr Richard Guyer. 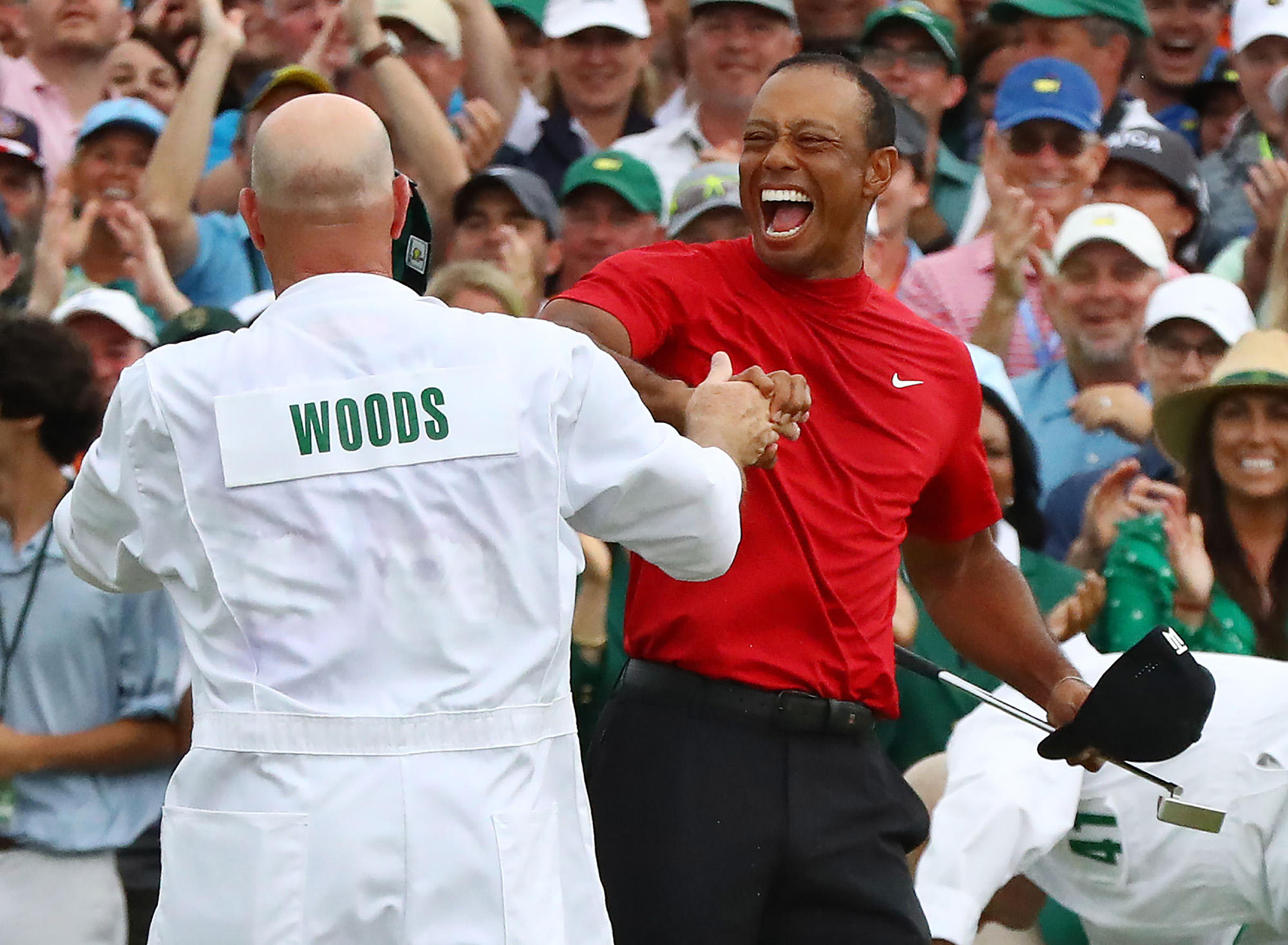 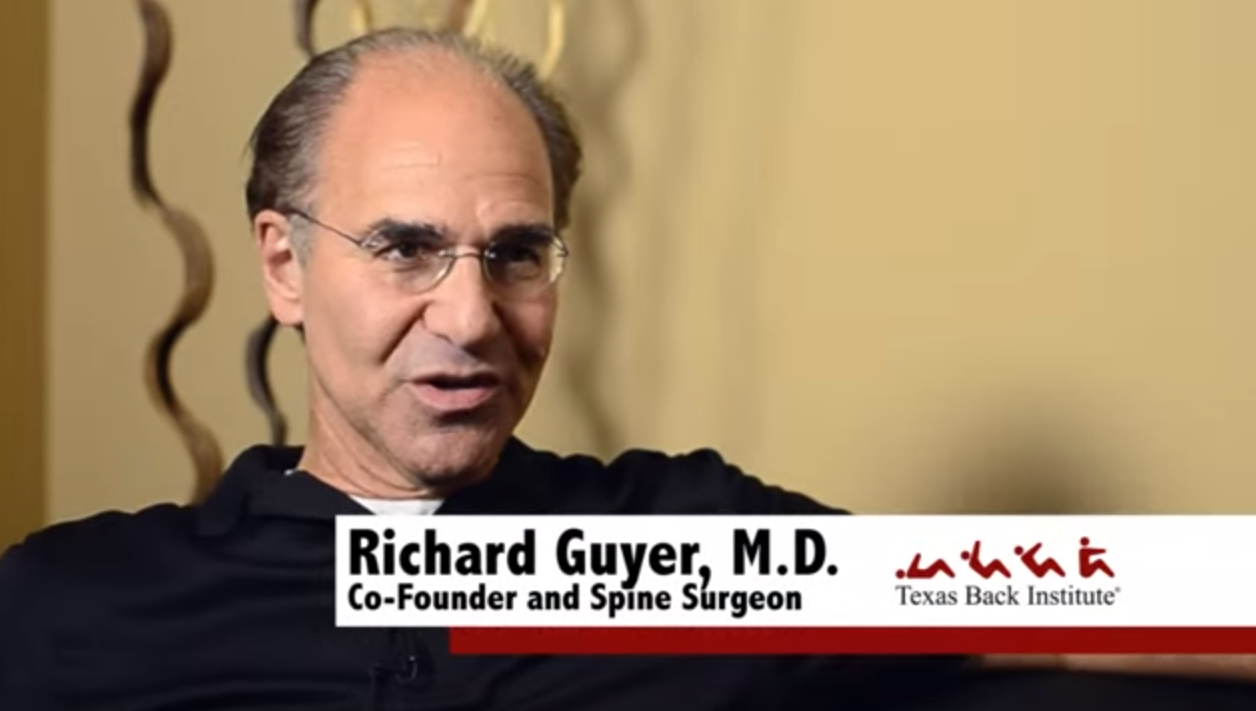 On a nondescript street in Plato, Texas, across the road from a nail bar, sits the Texas Back Institute, the surgery where Woods underwent make-or-break spinal fusion surgery in April 2017.

The 15-time major winner, 43, was in pain 24 hours a day. He fell to the floor in agony while trying to play with his kids.

Just two years before his comeback for the ages last Sunday night, he told peers he was "done" in the game. He thought there was no way back.

Step in Dr Guyer, a spine surgeon and huge Lewis Hamilton fan, entrusted with hopefully giving Woods a way of life once again.

One professor said golfers have a "0 per cent success rate" of recovery from this type of operation, but on April 20 2017, Woods announced his fourth back surgery had gone "well".

To say it was a gruesome procedure is to put it nicely.

First, Dr Guyer, who has won a 'Best Doctors Award' in the US and is a world-renowned expert in spinal surgery, cut through Woods' stomach and pushed his organs aside to get to his spine.

Then he cut out the damaged disc between the golfer's L5/S1 and replaced it with bone from another part of Woods' body or a metal implant.

Finally the vertebrae were fused together with screws.

The aim of the operation is to relieve the pressure on the nerve and give it the best chance of healing. 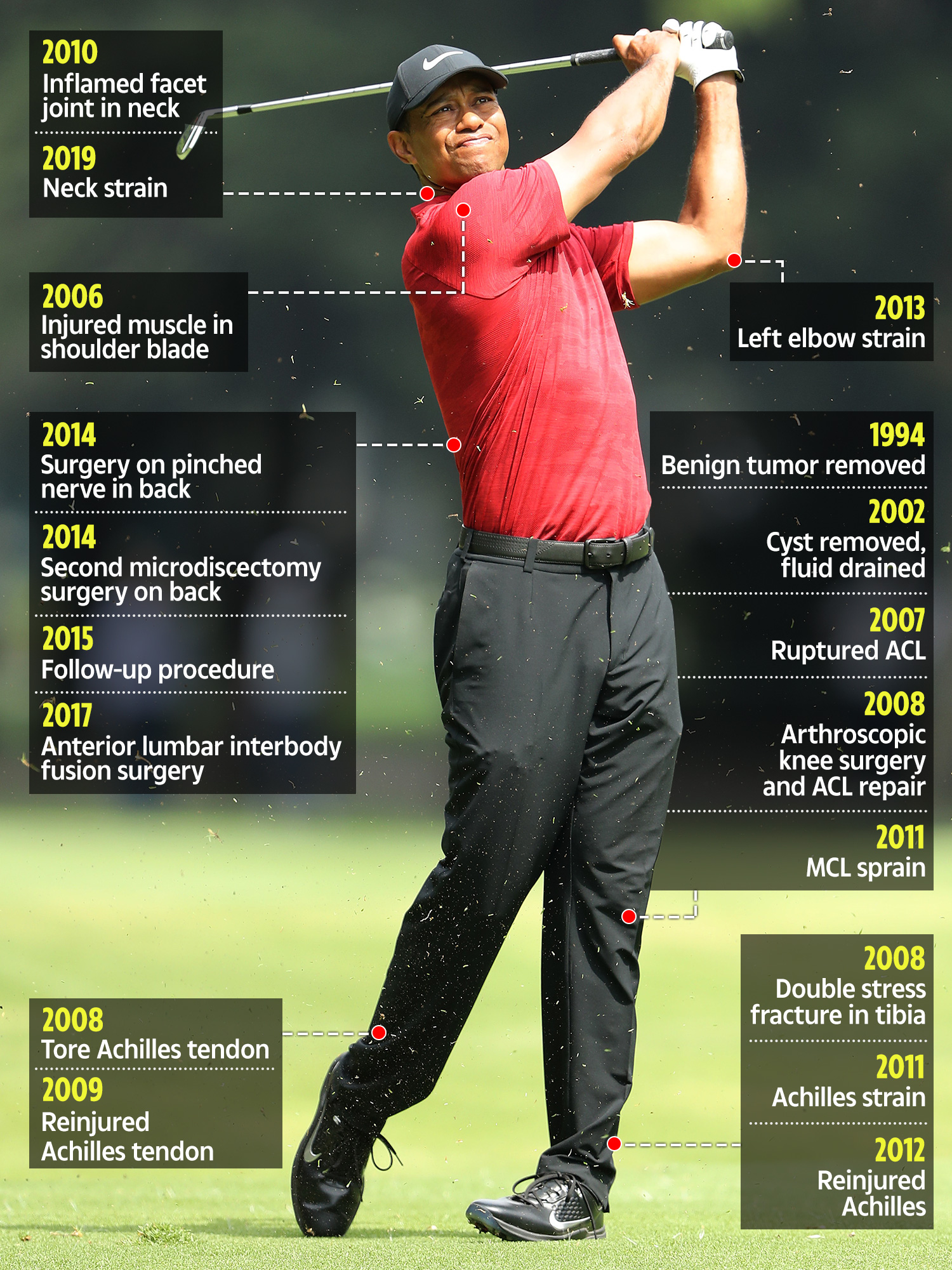 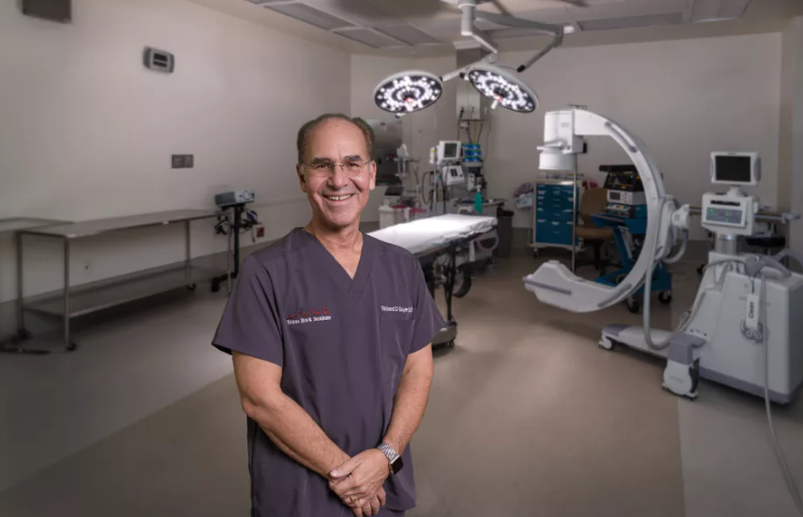 Dr Guyer said: "After he recovers from surgery, he will gradually begin his rehabilitation until he is completely healed.

"Once that's accomplished, his workouts will be geared to allowing him to return to competitive golf."
But the immediate signs were not good.

Woods hit a new low when he was arrested for driving under the influence just a month after surgery, found by cops asleep at the wheel of his Mercedes.

He had a cocktail of drugs in his body and was filmed slumped in a chair at a police station, clearly out of it.

That was the moment the chances of a comeback were written off by so many.

The horrendous mugshot showing a bloated and scruffy Woods looked a tragic end to a superstar career that ended too soon.

But the success of Dr Guyer's surgery stood the test of time once Woods got his act together and committed to his rehab.

Soon he could putt again, then he was allowed to hit pitch shots. When Woods got the go ahead to hit his first driver, it carried only 90 yards.

But then he showed the world his first full swings – in customary red shirt – in October 2017.

A year after that 90-yard drive, Woods smashed his first at this year's Masters 317 yards down the fairway.

Just 18 months later he is back at the top of his sport – thanks in part as well to his family and girlfriend Erica Herman.