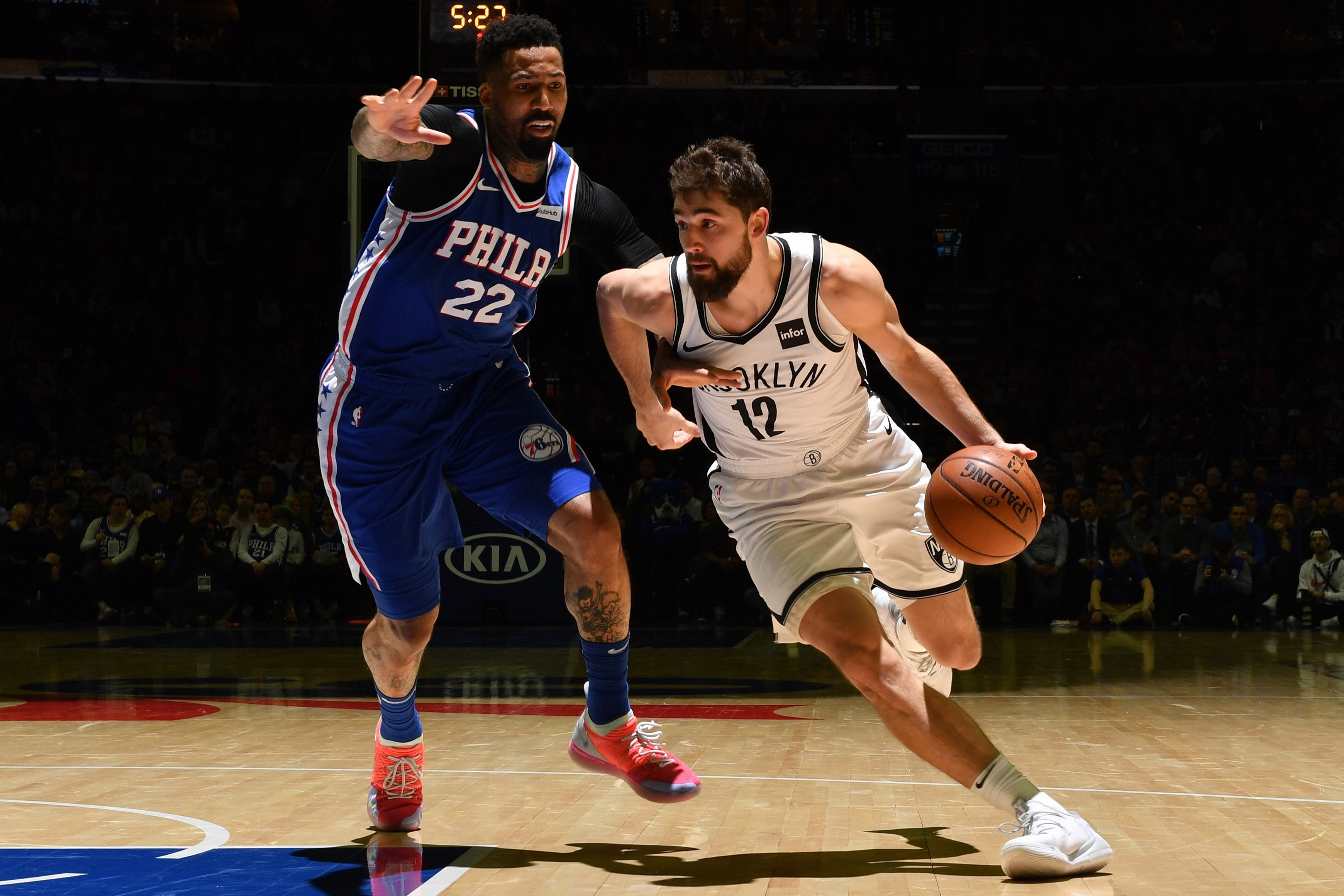 Dinwiddie’s gem helps Nets come from behind to stun 76ers

PHILADELPHIA — The best game of Spencer Dinwiddie’s life carried the Nets to their best winning streak of the season.

Dinwiddie was the engine that drove the Nets’ come-from-behind 127-124 victory over the 76ers before a sellout crowd of 20,376 at Wells Fargo Center. He got hot and burned Philadelphia for 39 points, feeling like Steph Curry and — for a night — doing a pretty good imitation.

“If I had two 3s in a row, I feel like Steph,” said Dinwiddie, whose 39 points were a career-high and most by a Net this season. “I hit a couple 3s, boy, I tell you I felt like I was 6-foot-3 and light skinned. I wasn’t about to stop shooting after that.”

The Nets are lucky he didn’t. Dinwiddie hit 11-of-18 from the floor, 4-of-6 from 3-point range. He attacked the Sixers’ switches aggressively all night, going 13-of-14 from the free-throw line and dominating the pivotal third quarter.

“It’s just so evident, you can’t take him out and he’s playing great basketball,” Nets coach Kenny Atkinson said. “Obviously, he’s our engine right now, especially in the second half.”

Dinwiddie spurred the Nets (11-18) to a third straight victory, matching their longest streak of the season. Considering this stretch started with a players-only film session that has been followed by wins over the NBA-leading Raptors, rival Knicks, and a Sixers team that’s third in the Eastern Conference, the Nets are hopeful they have turned a corner.

“The bigger thing is we won the game, so that’s what makes this more special than anything. Anybody can score and lose, so scoring and winning is a testament of better playing and a great team, so thank you to my guys,” said Dinwiddie, who was hopeful Brooklyn is building legitimate momentum.