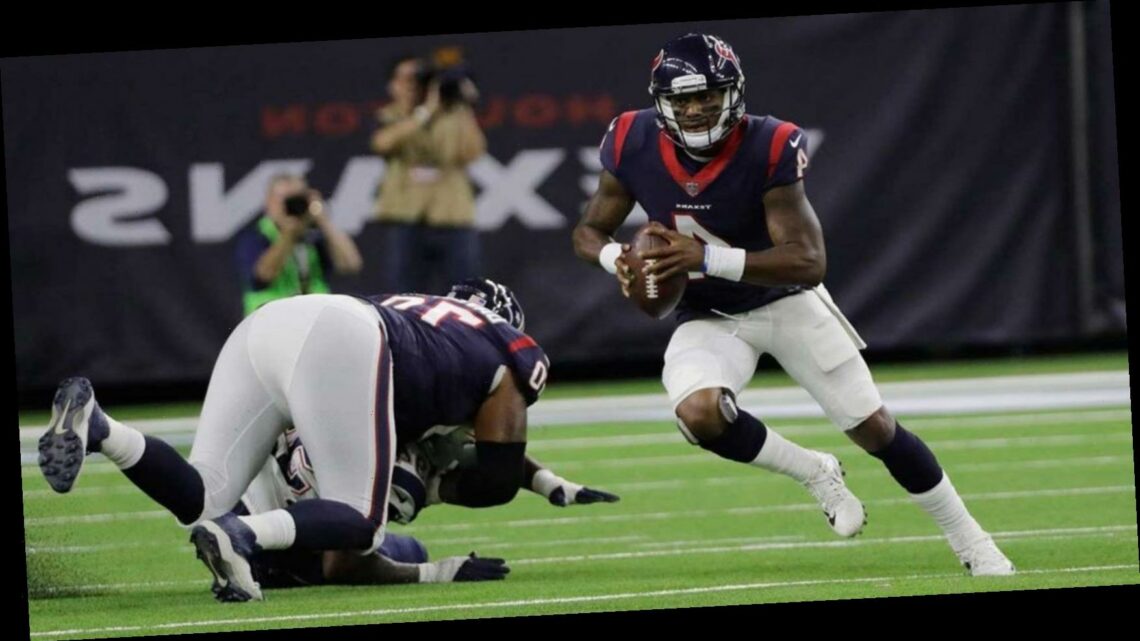 Another one of the NFL’s elite quarterbacks has signed a massive contract extension ahead of the 2020 season.

According to ESPN’s Adam Schefter, the Houston Texans have signed quarterback Deshaun Watson to a massive four-year contract extension worth $177.54 million, with $111 million of it guaranteed.

As Schefter noted, this is the second largest contract in NFL history, behind only the mammoth and record-setting 12-year, $503 million contract Patrick Mahomes signed with the Kansas City Chiefs in July.

The soon-to-be 25-year-old Watson is entering the fourth year of his rookie contract. The Texans picked up the fifth-year option on that deal, however, so the $177.74 million deal won’t kick in until the 2022 season.

Watson’s new deal easily surpasses the $150 million total that Atlanta Falcons quarterback Matt Ryan signed in the 2018 offseason. The latter’s contract was for five years, and Watson’s is for four.

It just goes to show how much the quarterback market has increased over the last two years.

Widely regarded as one of the NFL’s top five quarterbacks, Watson has led Houston to consecutive AFC South division titles. He’s accumulated a 24-13 record through his first three seasons with 71 touchdowns against 29 interceptions.

Last season, Watson tossed 3,852 passing yards and 26 touchdowns against 12 interceptions. He also rushed for 413 yards and seven touchdowns, guiding Houston to its fifth winning season in six years. The Texans advanced to the AFC Divisional Round, where they fell to Mahomes and Kansas City.

The Texans traded up to select Watson with the No. 12 pick in 2017. He and Mahomes have quickly emerged as elite superstars, making the 2017 class one of the best in recent memory.