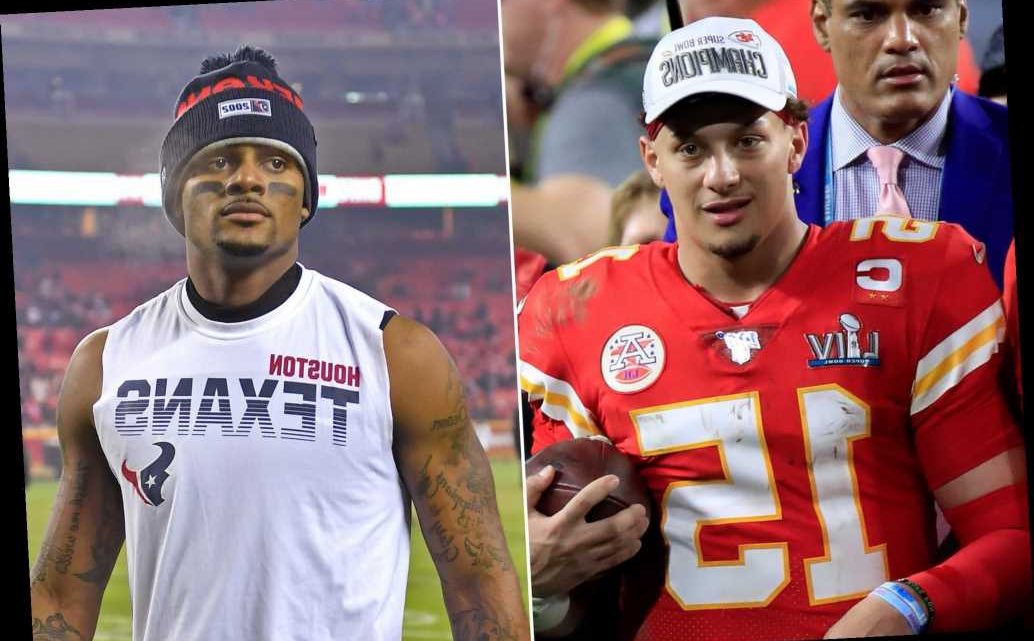 Deshaun Watson is in no rush to make a $503 million deal with the Texans.

Pro Football Talk’s Mike Florio similarly reported in late June that the 2017 first-rounder is seeking a three-year extension, akin to that of teammate Laremy Tunsil, whom the Texans extended for four years, $76.3 million in April.

“It’s definitely good,” Watson told the Chronicle of Tunsil’s deal that made him the highest-paid offensive lineman in the NFL. “Only time will tell, but we’re going to do everything we can to make sure it’s on the right track. We’re going to win a lot of games and championships while we continue to figure out that side of the business, too.”

Mahomes’ unprecedented 10-year contract — which carries $477 million in guarantee mechanisms — is expected to reset the top-tier quarterback market entirely and will impact Watson and Cowboys’ franchise-tagged signal-caller Dak Prescott in the near-term as they continue negotiations with their respective teams for their next paydays.

“History made,” agents Leigh Steinberg and Chris Cabbott, who negotiated on behalf of the 24-year-old reigning Super Bowl MVP, wrote on social media.

Watson, also 24, was the third quarterback selected in the 2017 NFL Draft at No. 12 overall — two spots after Mahomes and 10 spots after the Bears selected Mitch Trubisky — following a prolific NCAA career at Clemson that included two Manning Awards, two Heisman Trophy finalist selections, ACC Player of the Year, unanimous All-American and a CFP National Championship title.

Since entering the league, the two-time Pro Bowler has appeared in 38 games and completed 66.8 percent of his passes for 9,716 yards, 71 touchdowns and 29 interceptions. He also has 1,233 rushing yards and 14 rushing touchdowns.

Florio suggested that a shorter-term contract would give Watson more flexibility and the option to negotiate another deal, which would likely exceed the value of this one even sooner. The Chronicle added that Watson could command $40-$42 million per year.

But with the coronavirus pandemic still threatening a start to the NFL season and the subsequent expected revenue fallout, the Texans’ front office (like many others) hopes to gain additional clarity on the 2021 salary cap before agreeing to a blockbuster deal with their franchise quarterback.