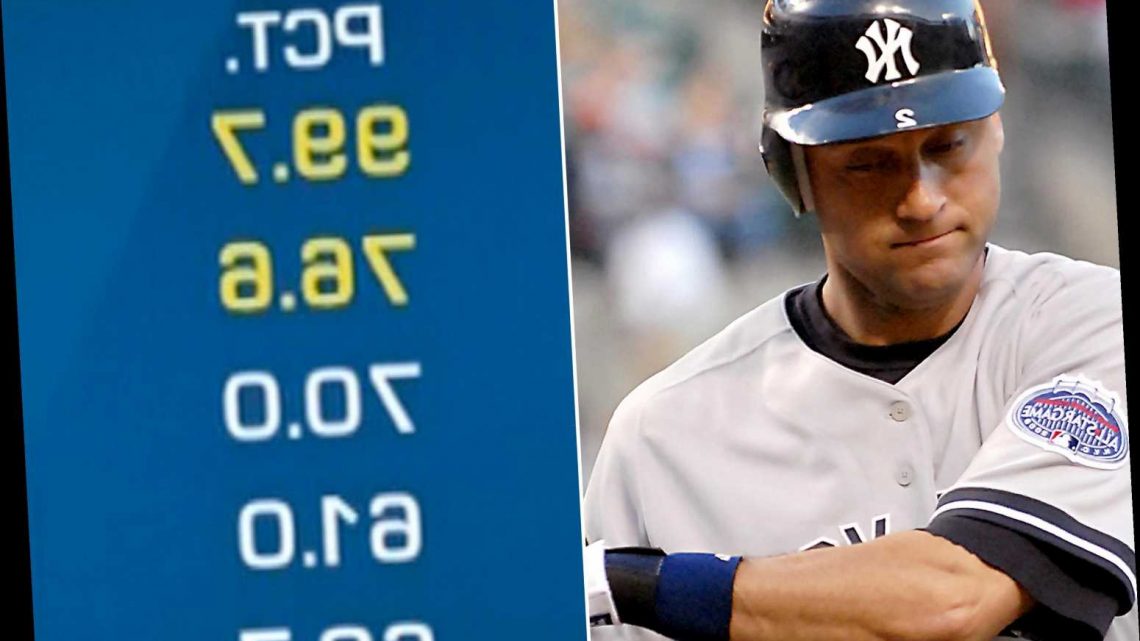 Well, how about that? For once in his charmed baseball life, things didn’t go absolutely perfectly for Derek Jeter.

Although, if any true justice existed in this universe, Jeffrey Maier would’ve been sitting in left field back on that magical 1996 night … and Jeter would be a unanimous Baseball Hall of Famer right now.

Good fortune gave Jeter an undeserved home run (to right field, you surely recall) back in Game 1 of the ’96 American League Championship Series. Bad logic deprived the beloved Yankees captain of matching his longtime teammate Mariano Rivera, who therefore remains the only man ever elected unanimously on the Baseball Writers’ Association of America ballot.

Yup, Jeter, the owner of so many records, set one he surely doesn’t want on Tuesday: Closest to Hall of Fame perfection on the writers’ ballot without getting there. Three hundred ninety-seven BBWAA members voted on this year’s class. Three-hundred ninety-six, including all 13 voters from The Post, checked Jeter’s name.

“I look at all the votes that I got,” Jeter, who never did like what he regarded as negative questions, said Tuesday night in a conference call. “It takes a lot of votes to get into the Hall of Fame. Trying to get that many people to agree on something is pretty difficult to do. So that’s not something that’s on my mind. I’m just extremely excited and honored to be elected.”

So who is Voter 397? For now, he or she remains private, under no obligation to disclose. The Hall wants the writers to make their choices without fear of public scrutiny and some members take that road. And look, should this person declare, there will be some uncivil discourse, and that won’t be right. The low stakes don’t merit such fury.

There can be polite disapproval, however, and that’s what registers here. Look, we can’t ignore the vote’s history, which explains our journey to this spot. Consider that an astonishing 23 voters out of 432 turned down Willie Mays in 1979, his first year of eligibility. Then nine (out of 415) didn’t support Hank Aaron in 1982. Fast-forward to 2016, when Ken Griffey Jr. established a new benchmark by tallying 437 out of 440.

The Griffey result felt like the last call for such silliness, writers deciding that no one was worthy of a first-time election or acting on some personal feud with the player or, a more recent wrinkle, opting for “strategic voting,” the principle that Player A will easily surpass the required 75 percent threshold without my backing, so let me go ahead and vote for Player B because he needs it more.

Nonsense, all of them. Choose your 10 best players — apply whatever philosophy you have on the “integrity, sportsmanship, character” language in the voting guidelines — and mail it in. (Literally. The Hall gives you a self-addressed stamped envelope.)

When Rivera finally broke through last year and set the perfection precedent, it appeared that we had moved past the garbage of misguided tradition or petty disputes or logical pretzels. Alas, sometimes it requires a while to take out all the garbage.

Statistically, Jeter represents a slam dunk, his 3,465 hits ranking sixth all time and his .308/.374/.465 postseason slash line — in 158 games and 734 plate appearances! — nothing short of ridiculous. And while he might not have behaved as perfectly as mythologized, his tenuous relationship with teammate Alex Rodriguez damaging the Yankees’ clubhouse and meriting dual blame, it would be awfully difficult to use that against him. By those standards, you’d have to hand in an empty ballot.

It’s not that Jeter deserved the unanimous support because of what he meant to the game or any such syrupy pablum; his life will go on just fine. It’s that logic deserved a unanimous Jeter vote.

The good news is we won’t get another such slam dunk until Ichiro Suzuki hits the ballot for the 2025 class. That’ll provide a world of time for the writers to get our house in order. To let common sense build fortitude in the battle against stupidity.