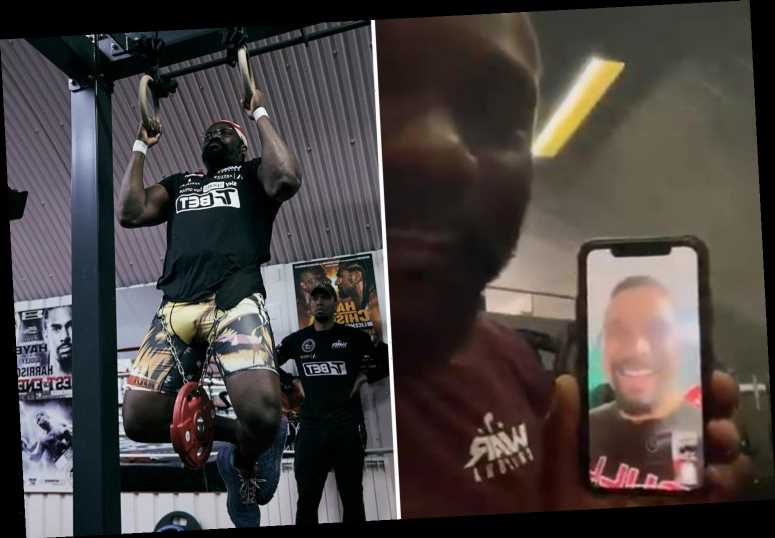 DEREK CHISORA has verbally agreed a May showdown with Joseph Parker after sharing a call between the pair.

The British heavyweight has been bombarding the New Zealander through the night in a bid to set up a summer fight in the UK.

And Chisora tweeted that he finally got through in which Parker joked that the late hour is why he's been refusing to pick up.

But after a bit of back and forth about their gym work, the pair both claimed they were ready to step in the ring on May 1.

The heavyweights were due to fight in October 2019, but Parker pulled out with a freak injury after being bitten by a SPIDER.

Yet he has now turned his attention back to Parker, who called him a 'donkey' following his win over Junior Fa.

The Kiwi, a friend of Tyson Fury's who was beaten by Anthony Joshua in 2018 and Dillian Whyte a year later, has won his last four.

Their latest phone call came after the pair were told that they were running out of time to finalise a fight date.

Parker's manager David Higgins told Sky Sports: "There's about nine weeks and if Joseph would leave New Zealand at the end of this week, there's only eight weeks, so touch and go.

"If we're going to take the fight at only eight weeks, everyone would have to agree terms right now in the next 48 hours. There are discussions going on.

"A base contract was already developed for the previous fight. There are things in our favour. Duco, my company, and Matchroom have made quick deals before and have worked together well.

"Both guys want the fight. It's very possible we can put it together. We'll probably set a drop date at the end of this week."