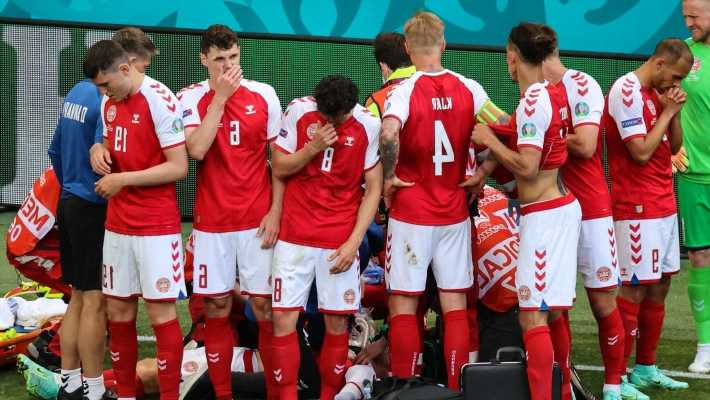 Members of Denmark's national soccer team are upset over having to choose whether to continue their 2020 UEFA European Football Championship opener against Finland on Saturday after Christian Eriksen's collapse.

The Union of European Football Associations gave the teams the option of either continuing the match later Saturday night or resuming at 10 a.m. local time on Sunday.

"We were put in a position which I personally don't think we should have been put in," Denmark goalkeeper Kasper Schmeichel said.

"It probably required that someone above us had said that it was not the time to make a decision and maybe should wait for the next day," he added.

Eriksen collapsed just before halftime and was taken to a hospital after receiving medical attention on the field. Denmark's team doctor said Eriksen underwent cardiac arrest at one point during his medical emergency.

UEFA said that after a request made by players of both teams, the match would continue. Finland won the Group B match 1-0.

"We had two options. None of the options were good. We took the least bad one. There were a lot of players, that weren't able to play the match. They were elsewhere [mentally]," Denmark forward Martin Braithwaite said. "You could have wished for a third option in this situation."

Denmark is next slated to take on Belgium at Parken Stadium in Copenhagen on Thursday.