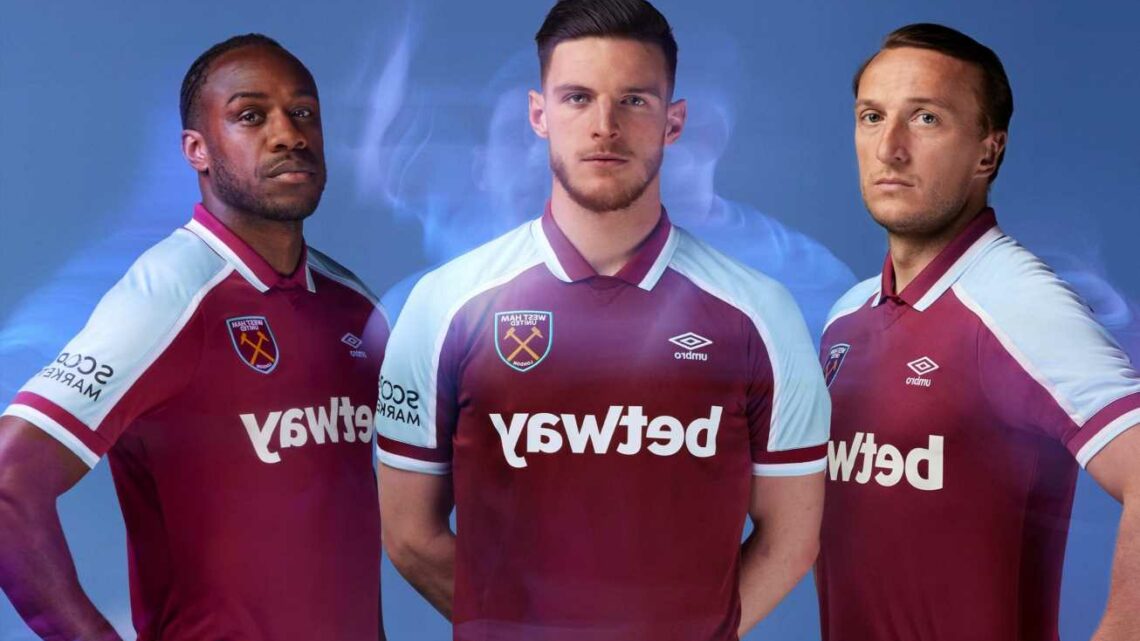 DECLAN RICE features front and centre in West Ham's new home kit launch in a huge hint he could stay at the club.

The Hammers also gave local NHS heroes a first look at the classy throwback strip before its official launch on Thursday morning. 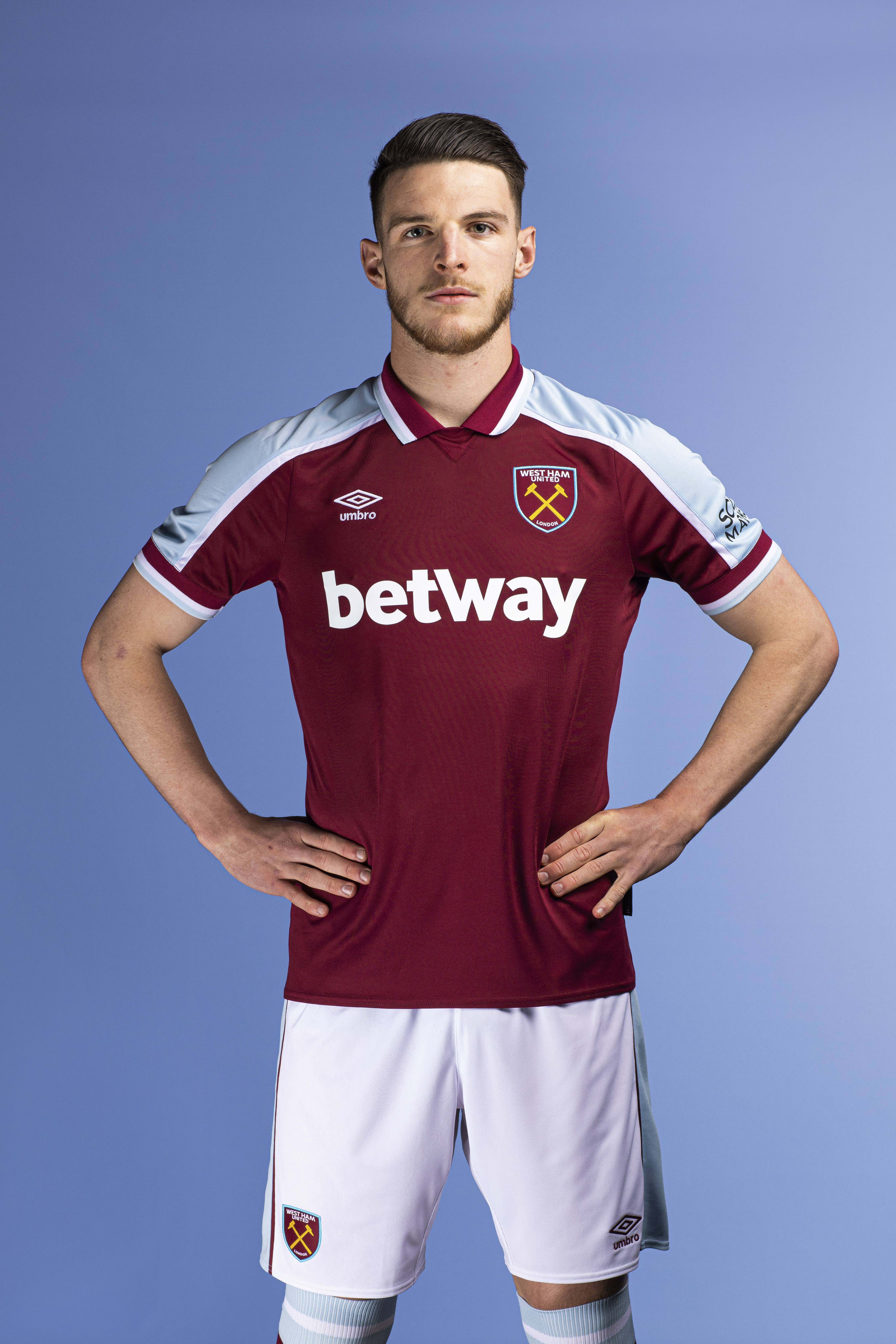 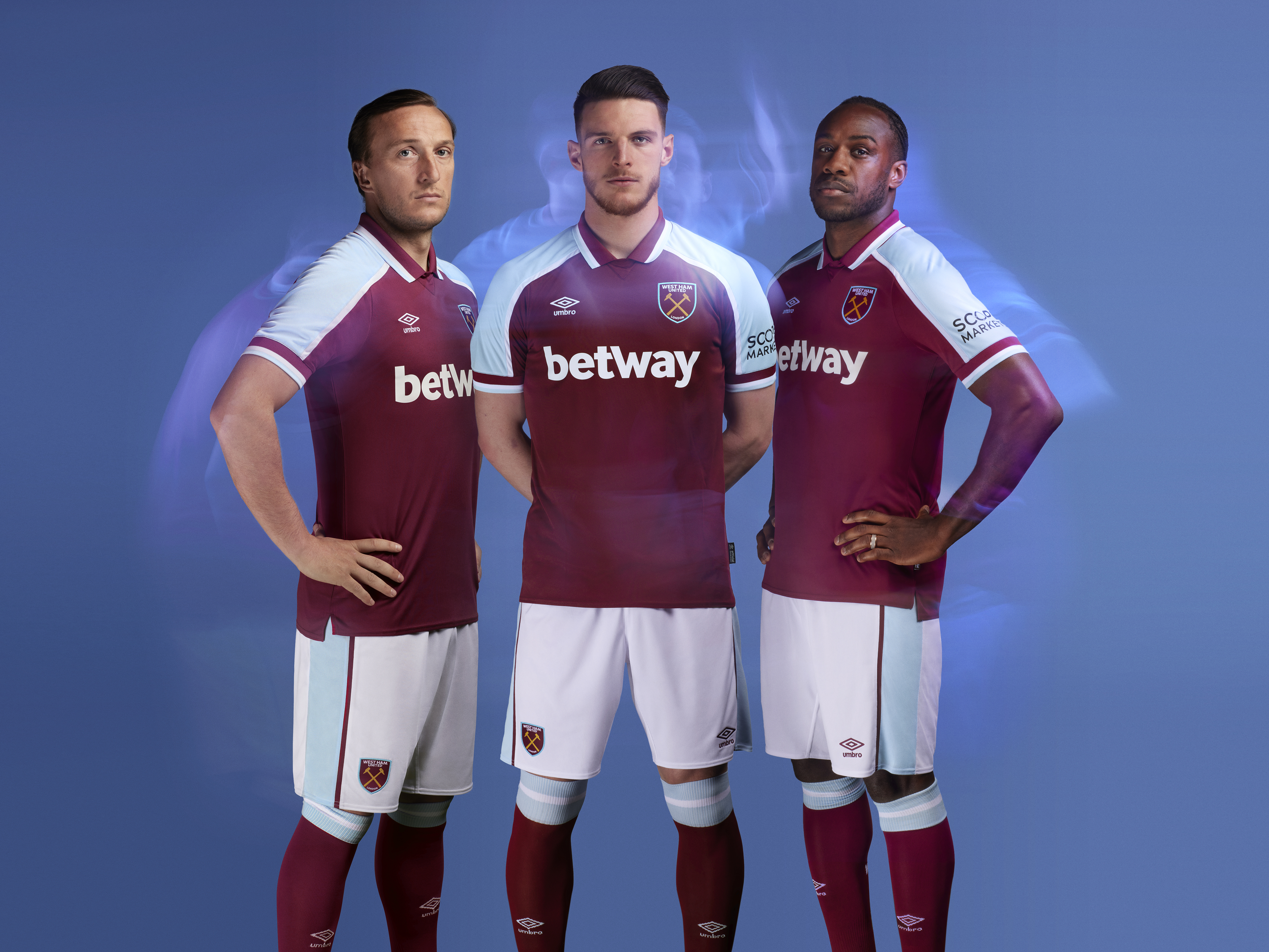 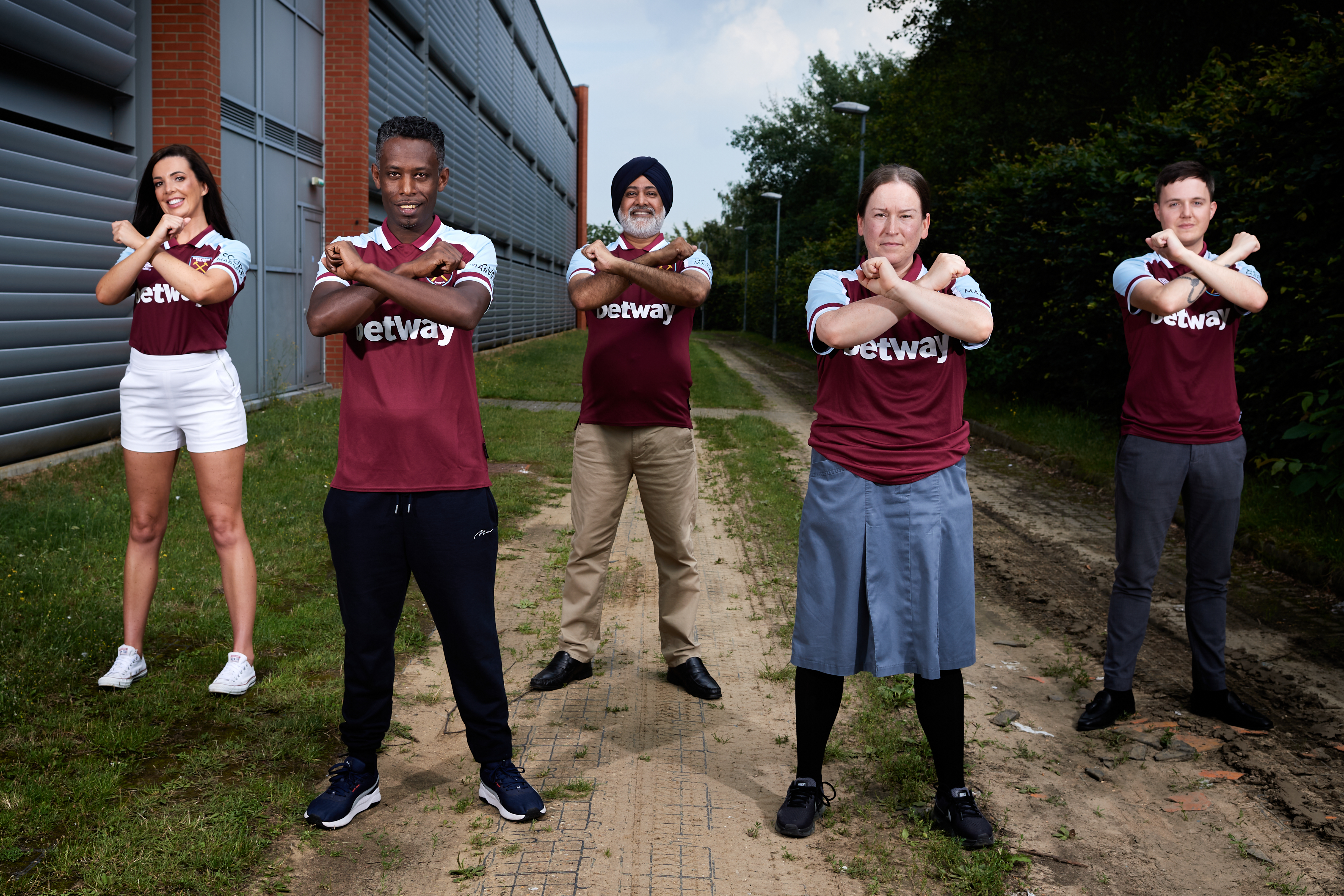 Staff from Barking, Havering and Redbridge University Hospitals NHS Trust were invited to see the new gear before anyone else to thank them for their sterling efforts during the pandemic.

The Trust's Queen’s Hospital in Romford is just around the corner from the Irons’ Rush Green training ground.

The kit is the latest impressive installment by Umbro who have done a fine job since signing a deal with the East Londoners in 2015/16.

It is inspired by the iconic Fila strip worn by adored club legend Paolo Di Canio at the turn of the millennium.

The maverick Italian wore that same kit when he scored his unforgettable mid-air scissor volley against Wimbledon – a goal voted the best-ever scored at Upton Park.

And the new kit also evokes memories of a famous European awayday in Metz when Trevor Sinclair, Frank Lampard and Paulo Wanchope all found the back of the net to seal West Ham's Uefa Intertoto Cup success in 1999.

The design features the club's traditional colours, with the collared shirt’s claret body being complemented by blue detailing on the sleeves, white shorts and claret socks.

COMPETITION: WIN ONE OF FOUR SUPERCARS OR A DREAM CAR AND £100k IN CASH 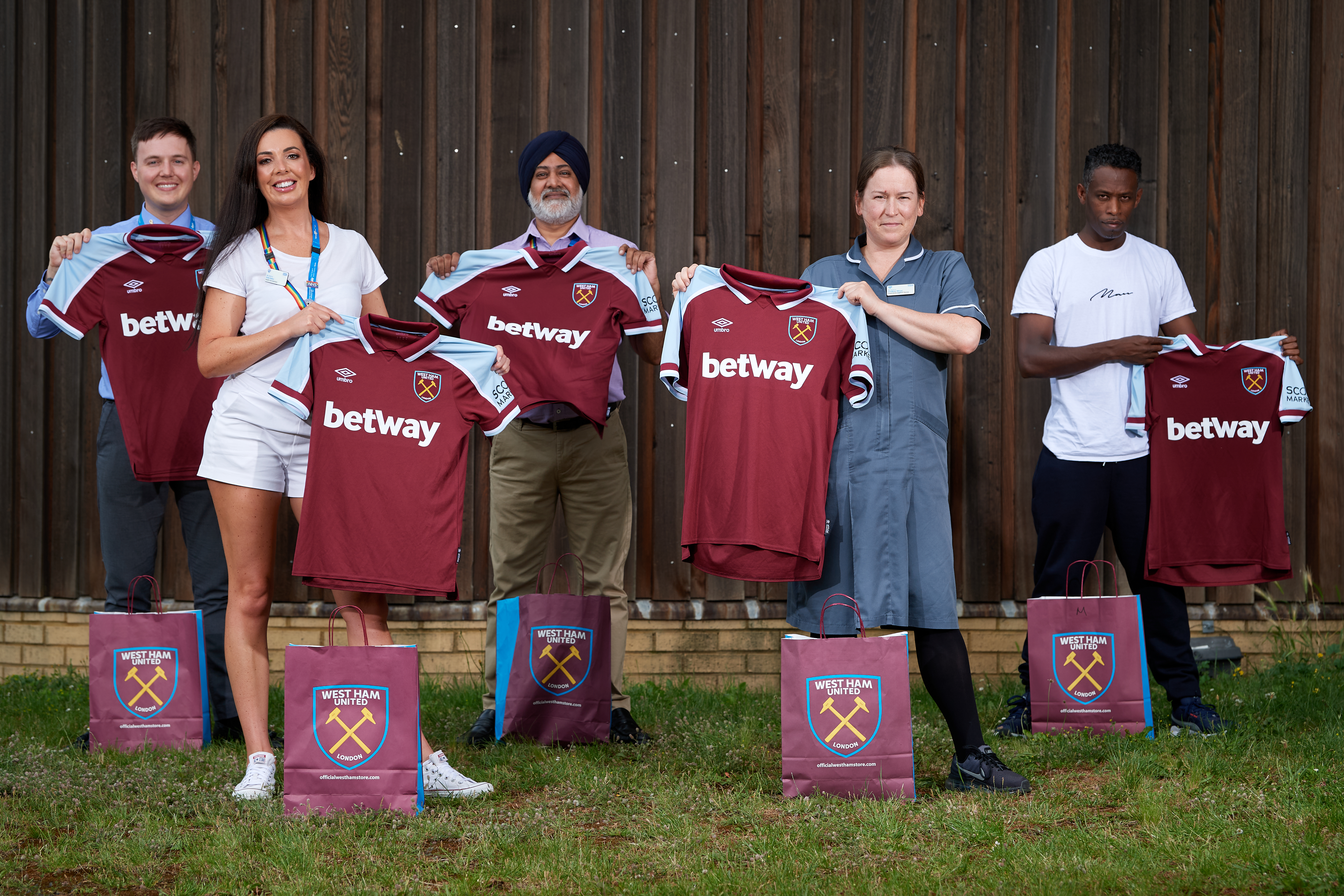 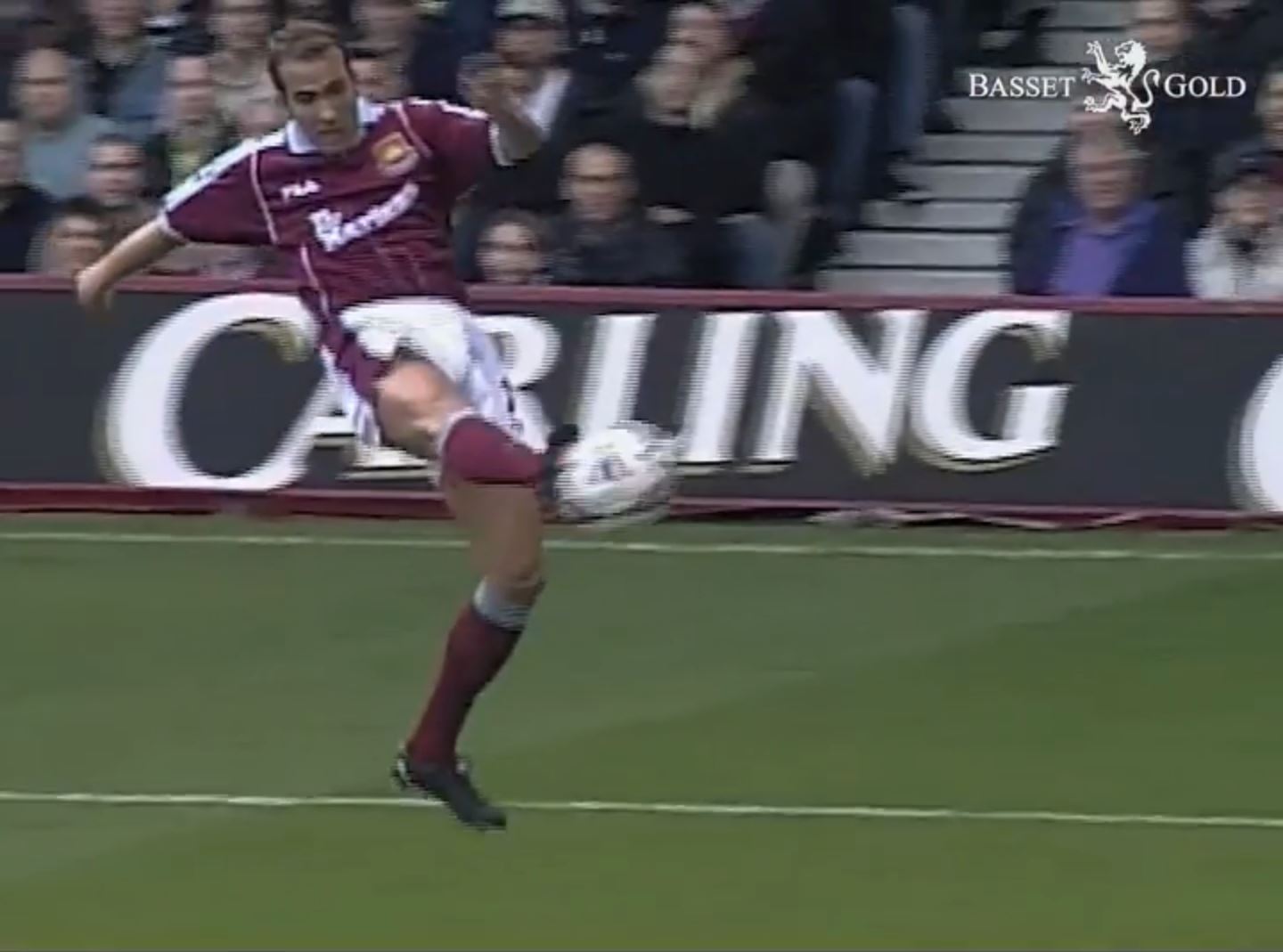 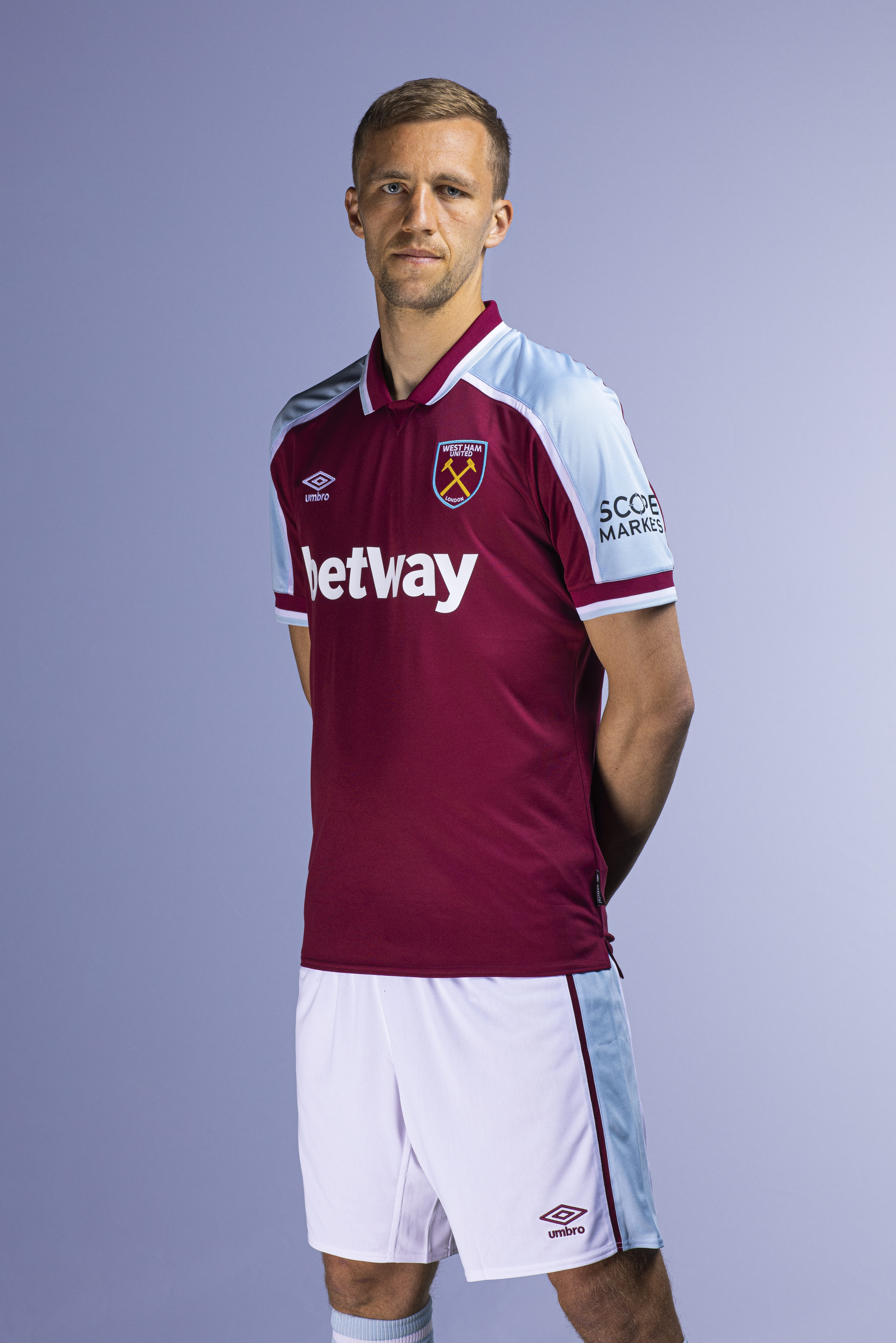 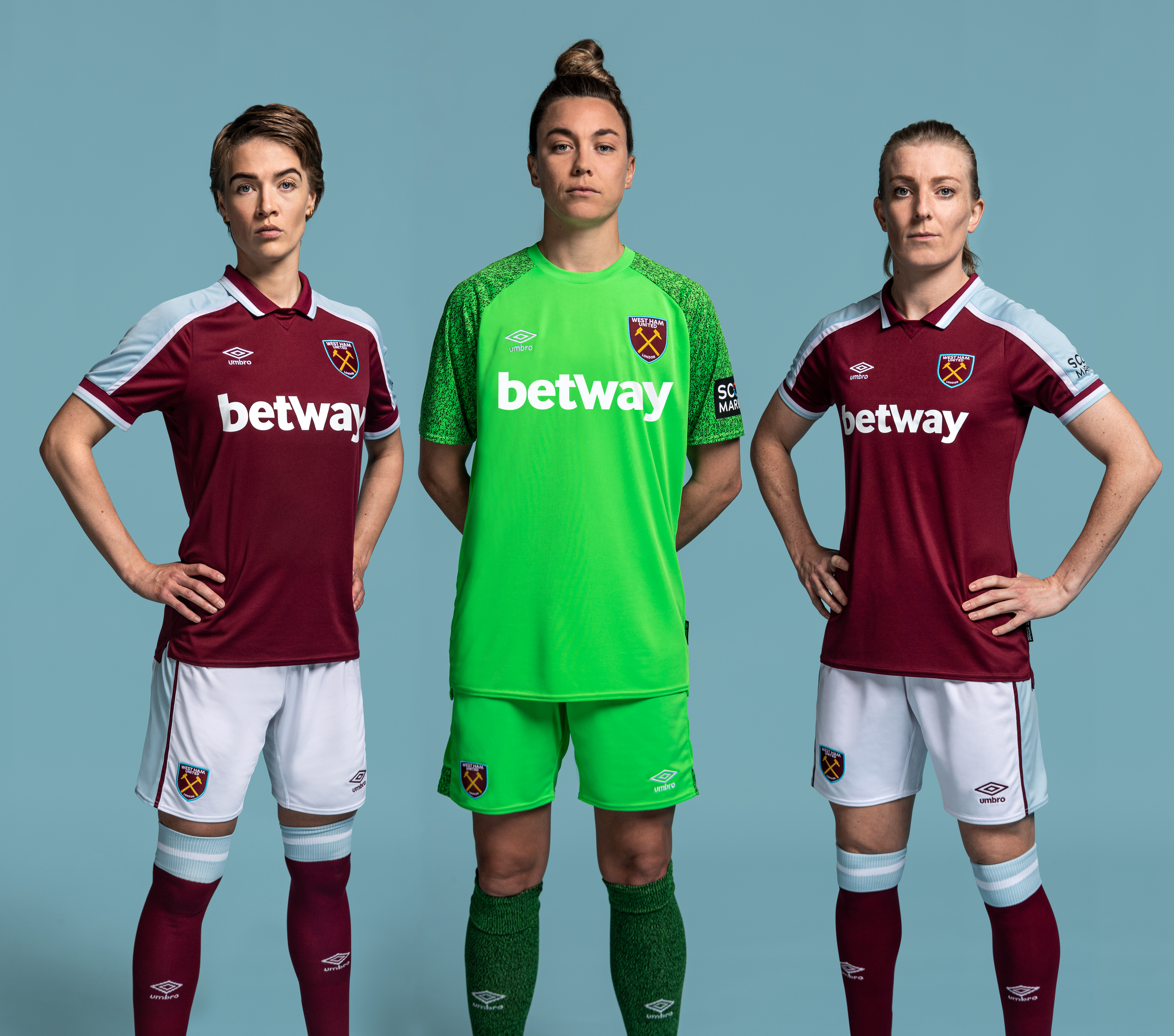 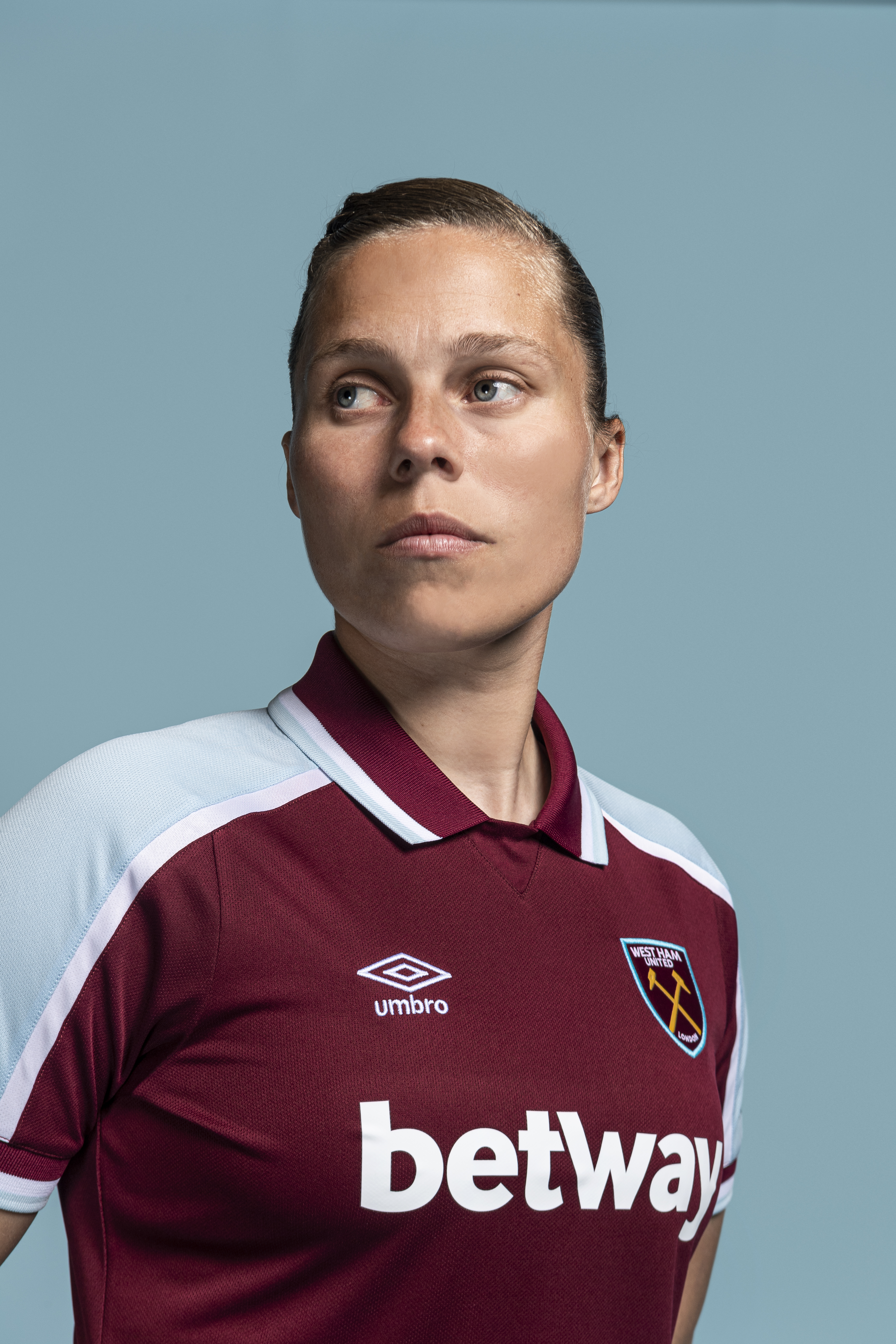 NHS worker and Hammers fan Mealey said: "As soon as I saw it, the first thing I thought was it’s back to the kit when Di Canio scored against Wimbledon. I really like the collar and the sleeve.

“The relationship between our Trust and the club has just continued to grow.

"We are really grateful for the continued support the club have shown us throughout the pandemic and even recently, in the thank you week for our incredible staff for what they’ve done for the last year-and-a-bit.

"We had a thank you video from the men’s and women’s teams and it’s really appreciated by everyone here."

And like most other West Ham supporters, Mealey & Co will be delighted to see Rice involved in the sales campaign.

SunSport exclusively revealed on Wednesday the Hammers could use the significant wages freed up by Felipe Anderson's Lazio exit to try and tie down Rice to a bumper new deal.

The Brazilian is set rejoin the Italians for £5million – just three years after moving the other way for £42m – and the East Londoners will look to use the extra available cash to reward Rice with a lucrative new contract.

The Hammers are working tirelessly to agree a new deal with the Three Lions hero to reward him for his outstanding performances, which helped secure the club's Europa League qualification last season.

Rice has rejected two substantial Hammers offers this summer amid interest from Chelsea and Manchester United – with the 22-year-old looking for more than what has been put on the table so far.

However, talks are ongoing between West Ham and Rice's representatives and there is hope a deal can be struck soon. 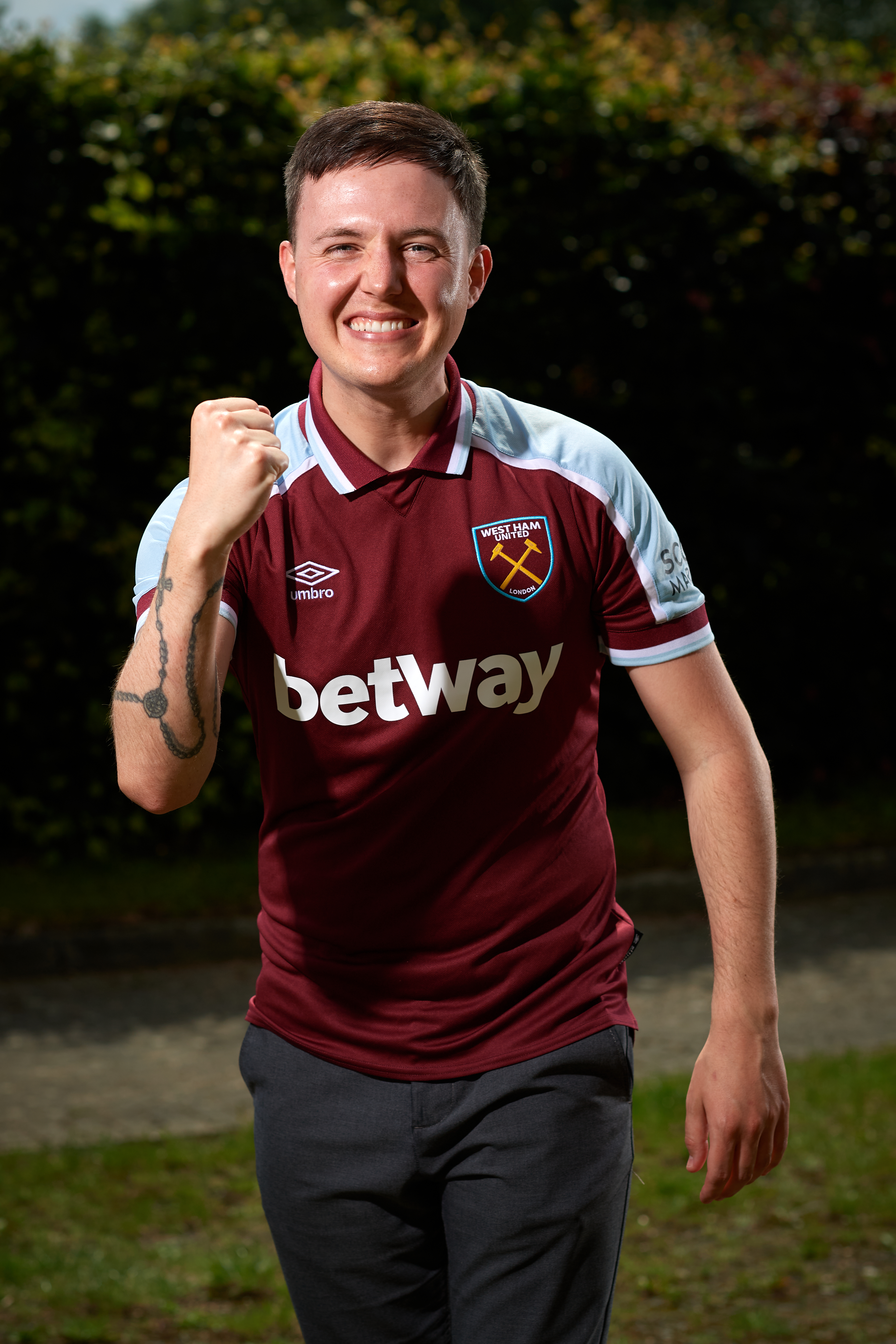 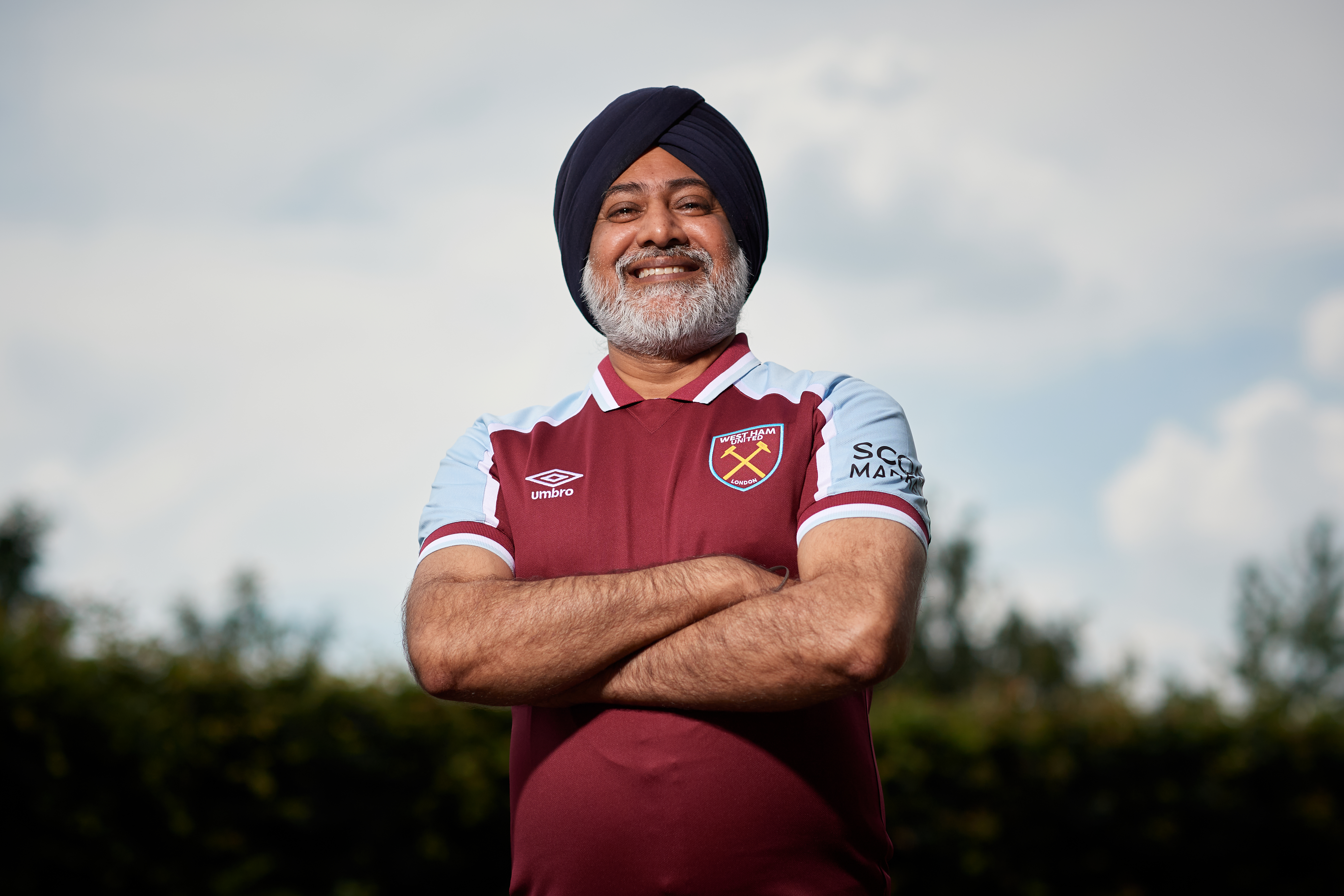 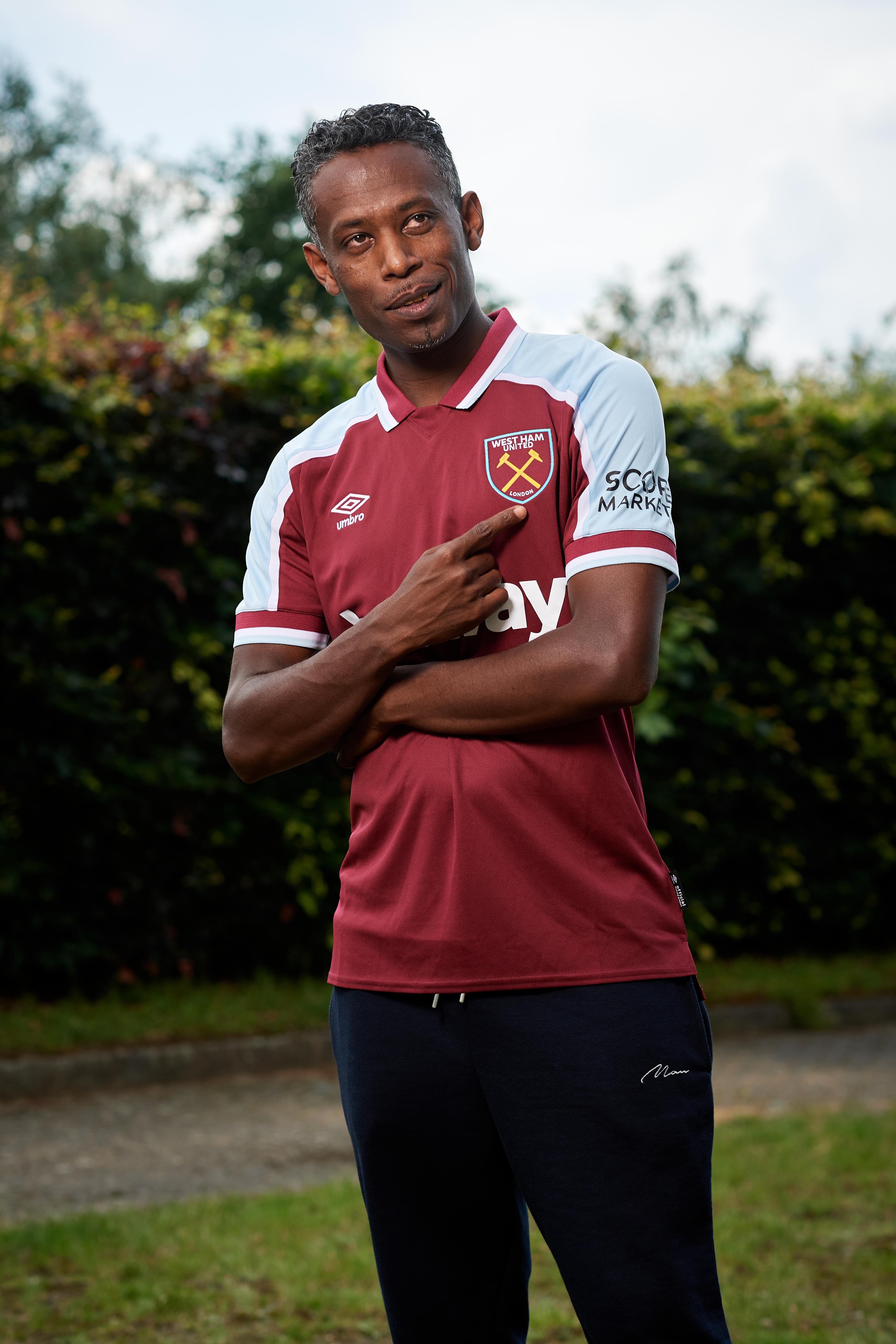 Upon the launch of the new kit, West Ham said: "The claret & blue kit will grace the Premier League and Europe in 2021-22, as David Moyes’ men get set for their first-ever Uefa Europa League group campaign.

"And with 60,000 fans set to be packing London Stadium right from the start of the 2021-22 campaign, the players will be wearing the kit in front of the loyal and passionate Claret & Blue Army once again."

One said: "Looks even better in person. I'm so happy the blue stripe goes down the whole sleve and not just the shoulders!"

And MJD quipped: "Couldn't give a monkey's what the kit looks like, as long as Dec is wearing it that'll do for me."

While Robert joked: "More to the point Rice ain’t going anywhere then."

The shirts are priced at £55 in adult men’s and women’s sizes and £45 for juniors, while season ticket holders can claim a 10 per cent discount either online or in store.