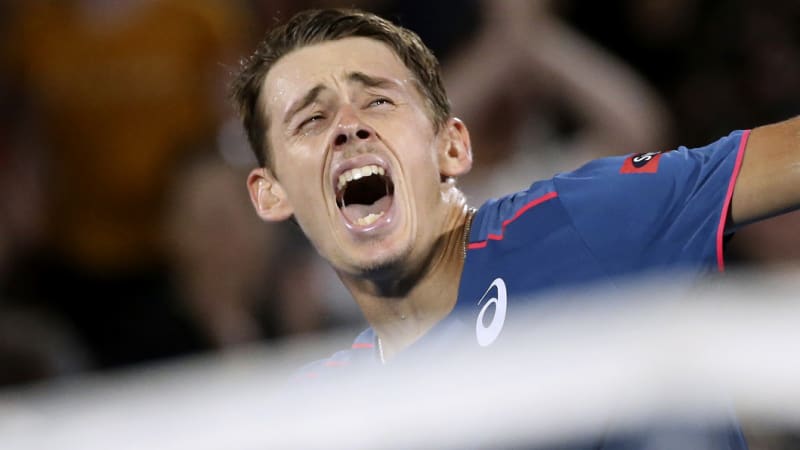 Australia's top Australian Open hope Alex de Minaur says he has overcome a gruelling final day of the Sydney International, declaring himself ready to go for his first-round match on Monday after arriving in Melbourne on a private jet in the early hours of Sunday.

The 19-year-old was back on a practice court at Melbourne Park on Sunday only 13 hours after claiming his first ATP title with a 7-5, 7-6 win over Italy's Andreas Seppi in Sydney. 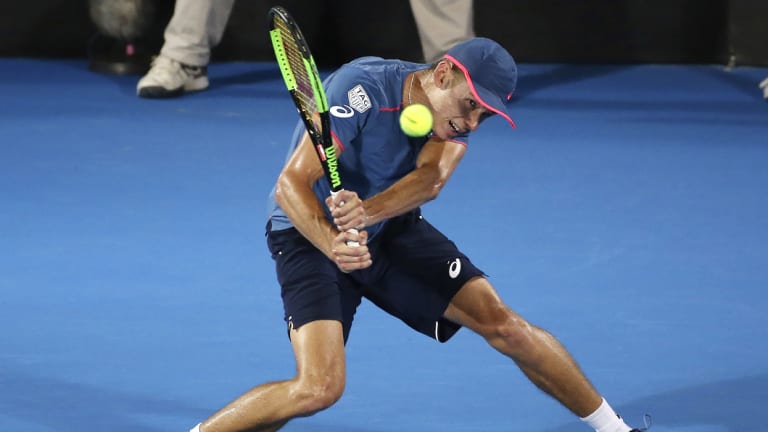 It was the 27th seed's second match of the day, having defeated France's Gilles Simon in scorching heat in his semi-final earlier on Saturday.

He vented his frustration between matches in Sydney about been scheduled for a first-round Australian Open match on Monday, rather than Tuesday, with his manager raising the issue with Tennis Australia chief executive Craig Tiley.

De Minaur is determined, however, to put that matter behind him and he focuses on a meeting on Margaret Court Arena with Portugal's Pedro Sousa on Monday afternoon.

"It's just what happens," he said. "We've got to come back and play tomorrow. Look, I'm ready. The body is feeling good. Mentally I'm ready. I just can't wait to get out there. I'm excited to play my first round. Hopefully I can play some good tennis."

The Australian No.1 and his support team caught a late-night jet out of Sydney to get to Melbourne as soon as possible and aid his recovery.

He hopes to ride the wave of his success in Sydney this week.

"It's given me a lot of confidence," de Minaur said. "To be able to do it at my home in front of my friends and family, it's always that much more special.

"Hopefully I can just ride that momentum and keep playing some great tennis here in Melbourne."