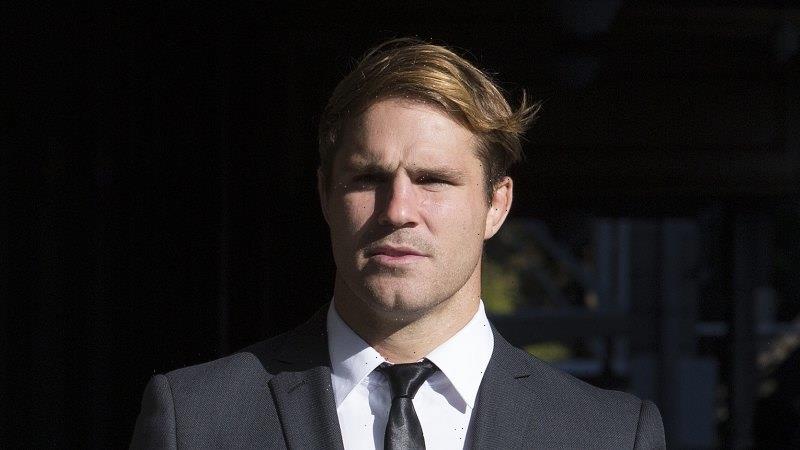 Seriously, you could set your watch by it.

No sooner had the NSW Department of Public Prosecutions announced they would not continue with a third trial for charges of aggravated sexual assault levelled at St George Illawarra player Jack de Belin, than the calls came out criticising the NRL for the no-fault stand-down rule. 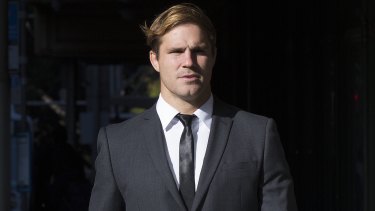 The standard of proof required to send someone to prison is way higher than the one required to establish that they brought the game into disrepute. Who, seriously, doubts that de Belin did precisely that?

I hate to agree with the NRL, but they got this one right. The no-fault stand-down rule was long overdue, Peter Beattie got it exactly right in initiating it, just as Peter V’landys is right in continuing it, and the de Belin case is the exemplar of why it works, not a reason to abandon it.

The Fitz Files’ cup of “you cannot make this up” do now so runneth over, I think we might have just officially reached peak farce. And given that the notoriously homophobic-poster Israel Folau was involved, how very appropriate that it all occurred not under a blue moon, but under a rising pink one!

For there the oh-so-pious footballer was last week sitting right beside Australia’s own rising force of farce Clive Palmer, as they announced that Folau would be playing as part Palmer’s Southport club in the Queensland comp.

Folau, holier-than-thou, pointed to Jesus on his shoulder, thanking his Lord and saviour for sorting out his football. (I would have thought if disposed to intervene in matters on Earth, Jesus might have been more inclined to stop the current killing closer to home in the Middle East, but don’t get me started.)

Palmer, then piped up and swore legal hell on anyone who tried to stop Folau playing. Because, you know, the sanctity of the law and all that!

But now to the delicious part.

For it was at this point, the French club Catalans piped up, pointing out that, “Ummm, nous avons un CONTRACT avec Monsieur Folau, you know?”

Folau thanks his Lord and Saviour for organising his contract with Southport, which would normally make you think that there might have been a fair chunk of , honesty and goodness involved.

Then Palmer calls on the sanctity of the law to preserve and protect the sacred right of Folau to play.

And THEN a serious French club says, “Vous want to talk about what’s right, with God on its side, and what’s legal, well, vous might want to look at this contract Monsieur Folau signed with us, when we were the only club on the planet willing to take him on board! ”

Could anything, ever, be more farcical?

That would appear to be the legal reasoning put forth by the Palmer mob for why Folau’s contract is null and void: because Catalans stopped paying Folau around Christmas, when he failed to return from a trip home to Australia to nurse a sick family member!

Catalans let Folau come home, on the understanding that he’ll be back in a short time. When he fails to show, they – not unreasonably – withhold payments until he comes back, and now Folau uses that lack of payment over the last five months to say there is no contract to stop him reneging on the contract!

You can’t make it up, I am telling you.

As a serious point, given that Folau has left controversy after controversy behind him across three codes in two countries for the last decade or so, why on earth would the QRL want him on board? And given the apparent disrespect and ingratitude that Folau has shown them, why would Catalans allow him to just walk away from his – yes – commitment to return?

For they now get what TFF has said all along.

Commitment on anything and $5 might buy you a cappuccino, but beyond that it has a track record of being completely worthless. And given that, it would very much surprise me if Jesus wanted to have anything to do with it.

The NRL has done well to steer clear!

Joke of the week

At one point during the Lindfield vs Waverton under-9s soccer game, the coach calls one of his 9-year-old players aside and asks, “Timmy, do you understand what cooperation is? What a team is?”

“Do you understand that what matters is whether we win or lose together, as a team?”

Again, the little boy nods in the affirmative.

“So,” the coach continues, “I’m sure you know, when a penalty is called against us, you shouldn’t argue, or curse, or attack the referee, or call him an arsehole. Do you understand all that?”

One more time, the little boy nods. Yes, he gets it.

But still the coach goes on: “And when I take you out of the game so that another boy gets a chance to play, we don’t call that ‘a dumbarse decision’ or that it means that the coach is ‘a shithead’, am I right?”

“Good”, says the coach, finally satisfied. “Now I want you to go over there and explain all that to your grandmother …”

I don’t, believe me, want to re-open the whole #StadiumSplurge saga. But there are now two things I don’t get.

The first, as you know, is why the hell the NSW knocked down a perfectly good stadium, that was only 30 years old?

But the second is this. One of the selling points for the new stadium was meant to be that it would help attract international events. But now, the first big one comes along, the 2027 Rugby World Cup, and Sydney will likely lose out on the final because the new stadium, like the old stadium, holds only 45,000 and the World Cup rules specifically state that all World Cup venues for the finals have to hold at least 65,000.

What is wrong with this picture?

Phil Mickelson on his improbable PGA Championship win: “This is just an incredible feeling because I believed it was possible, but everything was saying it wasn’t.”

St Kilda President Andrew Bassat: “We knew that with our list profile we would need to be patient to be competitive every week against the better sides and that our genuine window would more likely start in 2022 than 2021.” Translated, he means, forget this year and let’s hope things come good for next year, but in the meantime could you get off my back?

Japanese newspaper Asahi Shimbun, an official partner of the Tokyo 2020 Olympics, called for the Games to be cancelled in an editorial: “We ask Prime Minister [Yoshihide] Suga to calmly and objectively assess the situation and decide on the cancellation of the event this summer.”

Bob Fulton’s infamous 1987 quote to Bill Harrigan, recalled this, the week of his death: “I hope you get hit by a cement truck.”

Tiger Woods on his recovery from injury. “I do my routines every day. I’m taking it one step at a time.” With his shattered leg, there is surely no other way of doing it?

Swans coach John Longmire on the media’s obsession with Buddy Franklin kicking 1000 career goals: “I understand the interest in it. It’d be a great achievement for him but it takes up probably zero per cent of my time during the week.”

Suspended Rooster Victor Radley: “Just because they decide to change the rules midway through the season, doesn’t mean I have to change my tackling style.” Victor? It means exactly that. I would have thought two stints in the sin bin, and placed on report four times in the one game, which your team lost, followed by a five-week suspension, might be a small clue?

Peter V’landys on participation numbers of young kids: “People shouldn’t look at the NRL and consider it exactly the same. We’re going to educate people that junior rugby league is safe. Kids can get off their video machines and off their devices and start playing rugby league.” Rugby union would be better – safer, nicer, and far more genuinely a world sport. (INCOMMMMMMMING!)

Titans coach Justin Holbrook on the NRL rule interpretations. How many other sports can be insulted? “I understand what we’re trying to do as a game, we’re all in agreeance, we don’t want to see direct contact (with the head). Hopefully that doesn’t last too long. We don’t want to become the English Premier League.” I know. I was wondering the same thing. But I looked it up, and “we’re all in agreeance,” as opposed to “in agreement,” is not incorrect, it’s just a bit odd.

ARL Commission chairman Peter V’landys on the death of Bob Fulton: “We have lost a giant of the game, a great promoter of the game and he will forever be part of rugby league’s DNA. The game is so much richer for the contributions of Bozo.”

Nathan Buckley doesn’t want to be asked about the board: “There’s a lot of focus on plenty of things that none of those boys or I are in control of. Ask the question of the people who are. We work on our ground ball, marking, connection, defence and offence. There are plenty of things to fill our minds with, we don’t need anything more to clog it up.” Maybe, but from afar, it still feels like the last days of Chez Nous.

Deleted tweet of ABC Election expert Antony Green: “A fulsome apology for raising this, but the headline ‘Rugby League Immortal Bob Fulton has died’ does contain a significant level of conflict with dictionary meaning.”

Team of the week

A-League and W-League. Have signed a five-year contract with Channel Ten and its streaming subsidiary Paramount+ worth $200 million in cash and commercial contra.

Phil Mickelson. Became the oldest man in golf history to win a major championship, eight years after his previous major.

Joseph Suaalii. Made his NRL debut. If it was cricket, I think we’d say he got 35 runs in his first time at bat. It was a solid knock, and good luck to him, but it was a long way from a century on debut.

Socceroos. World Cup qualifying continues next week against Kuwait. Their last match was back in November 2019!

GWS. After a slow start, have found their feet

RIP Bob Fulton 1947-2021. Champion player and coach – an “Immortal” for his prowess on the field – passed away last Sunday.

Sports news, results and expert commentary delivered straight to your inbox each weekday. Sign up here.

Who is Made in Chelsea star Heloise Agostinelli? Jamie Laing's girlfriend is the daughter of a billionaire known as Ell