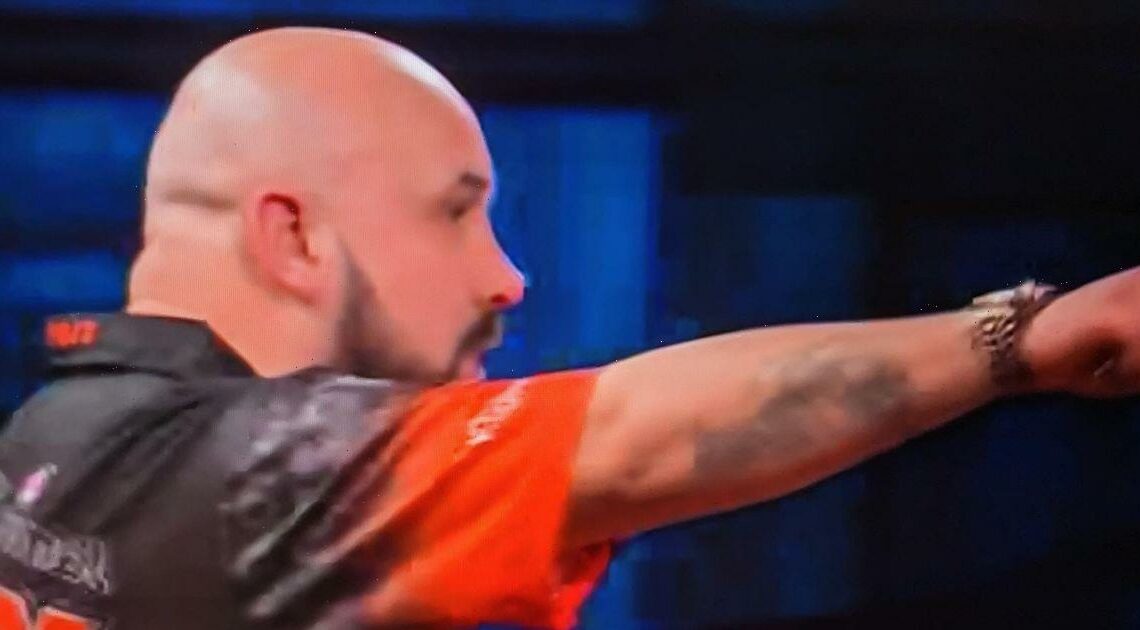 Jamie Hughes was involved in an on-stage altercation with legendary darts Russ Bray during his first round tie with Jimmy Hendriks at the World Darts Championship.

In a match of desperately poor quality, both players were miles short of their best on the Alexandra Palace stage. Fans had already taken to social media to brand the match one of the worst they had ever seen by the time Hughes, for an as-yet unknown reason, became irate following the first dart of a visit. He then remonstrated with Bray, who hold Hughes in no uncertain terms not to swear.

The spat left commentator Wayne Mardle baffled. He said: “I really am uncertain what the problem is. You heard Russ Bray saying to Jamie ‘don’t swear’. He’s visibly annoyed, whatever it is, but something has absolutely riled Jamie Hughes. We’ll try and find out what it is.”

Henriks went on to win the match 3-1 to put the fans in attendance and viewers at home out of their misery.

Alluding to the drawn-out nature of the match, one fan quipped: “Russ Bray is going have chance for a quick cig then back out for tomorrow's evening session at this rate.”

“Just do closest to the bull wins at this rate,” pleaded another. A third suggested: “Can we bring back the wasp [which made an appearance during Monday’s place] for a little entertainment?”

Was that the worst game in PDC World Championship history? Tell us in the comments section below “Worst game of darts I've ever seen,” said another. One desperate fan added: “Please just call the next set the last one because this is about as entertaining as root canal surgery – horrific game.”

Another sympathised with the fans at the Ally Pally, posting: “At this rate the crowd will be watching the last 2 matches after last orders. Be the first time a crowd have left the ally pally sobered up.”

On a similar theme, one fan commented: "People that paid should be given a free drink after having to sit through that Jimmy Hendriks and Jamie Hughes match. Possibly the worst match ever at the darts.. Brendan Dolan should be giving a walkover in the next round."