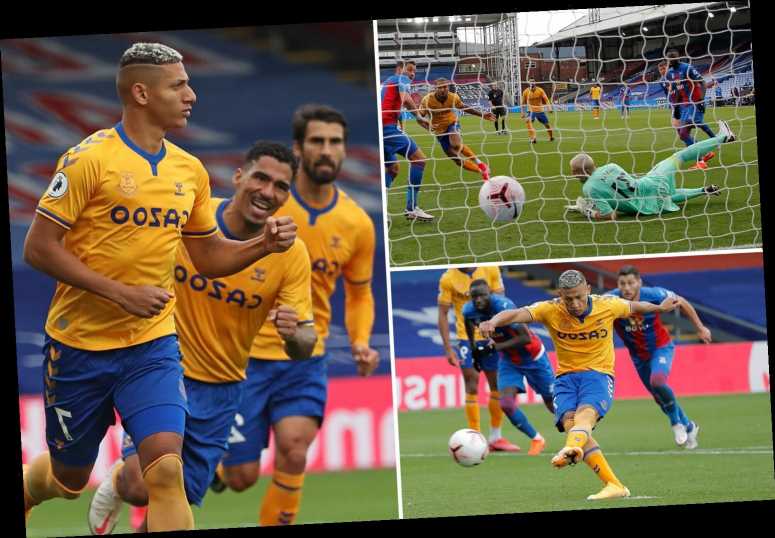 FROM the sublime to the ridiculous…and for Everton a long-awaited chance to show they still have a head for heights.

For Carlo Ancelotti’s Toffees sit proudly on top of the Premier League, the first time they’ve done that after the opening three games in 19 years. 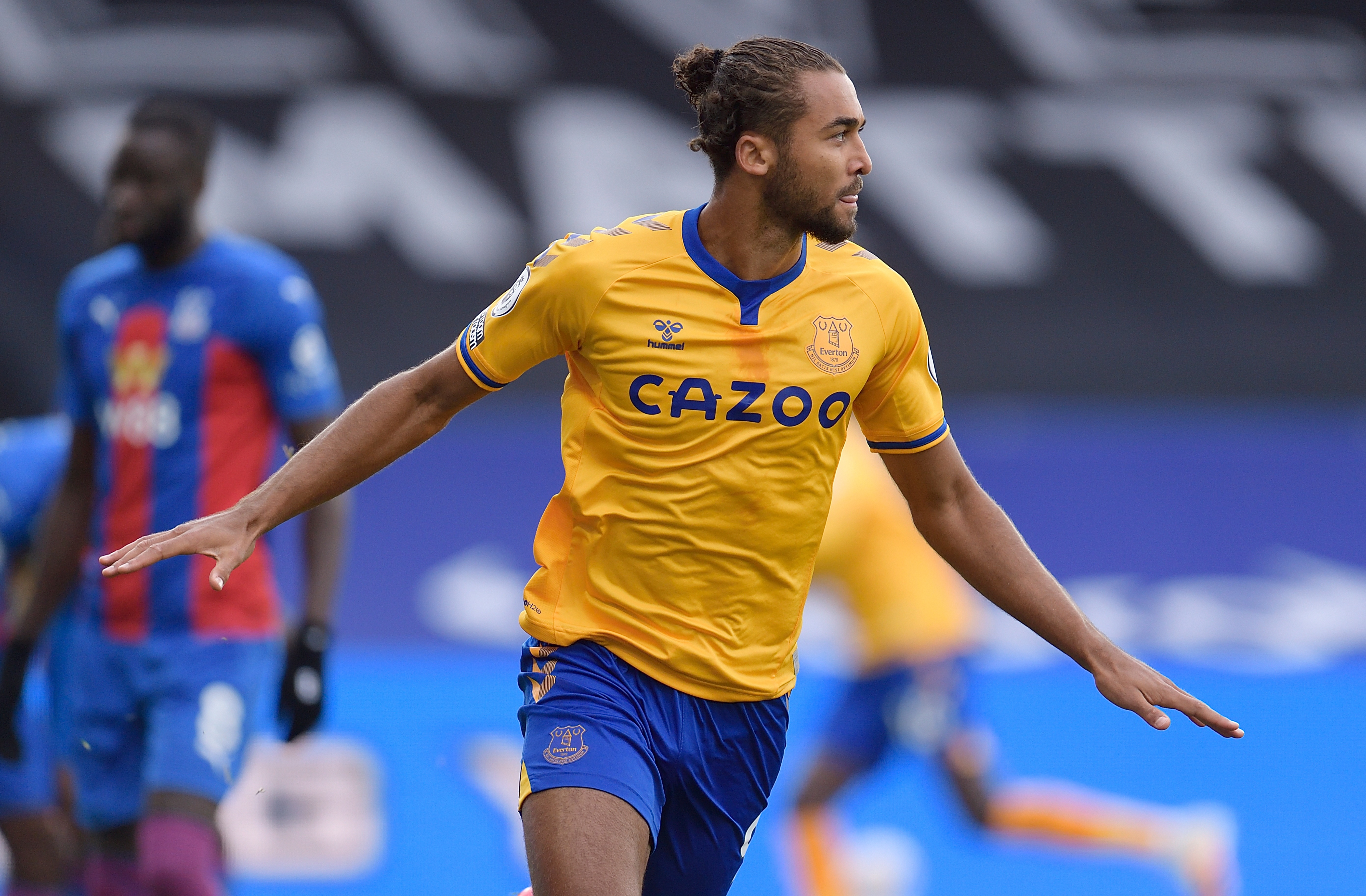 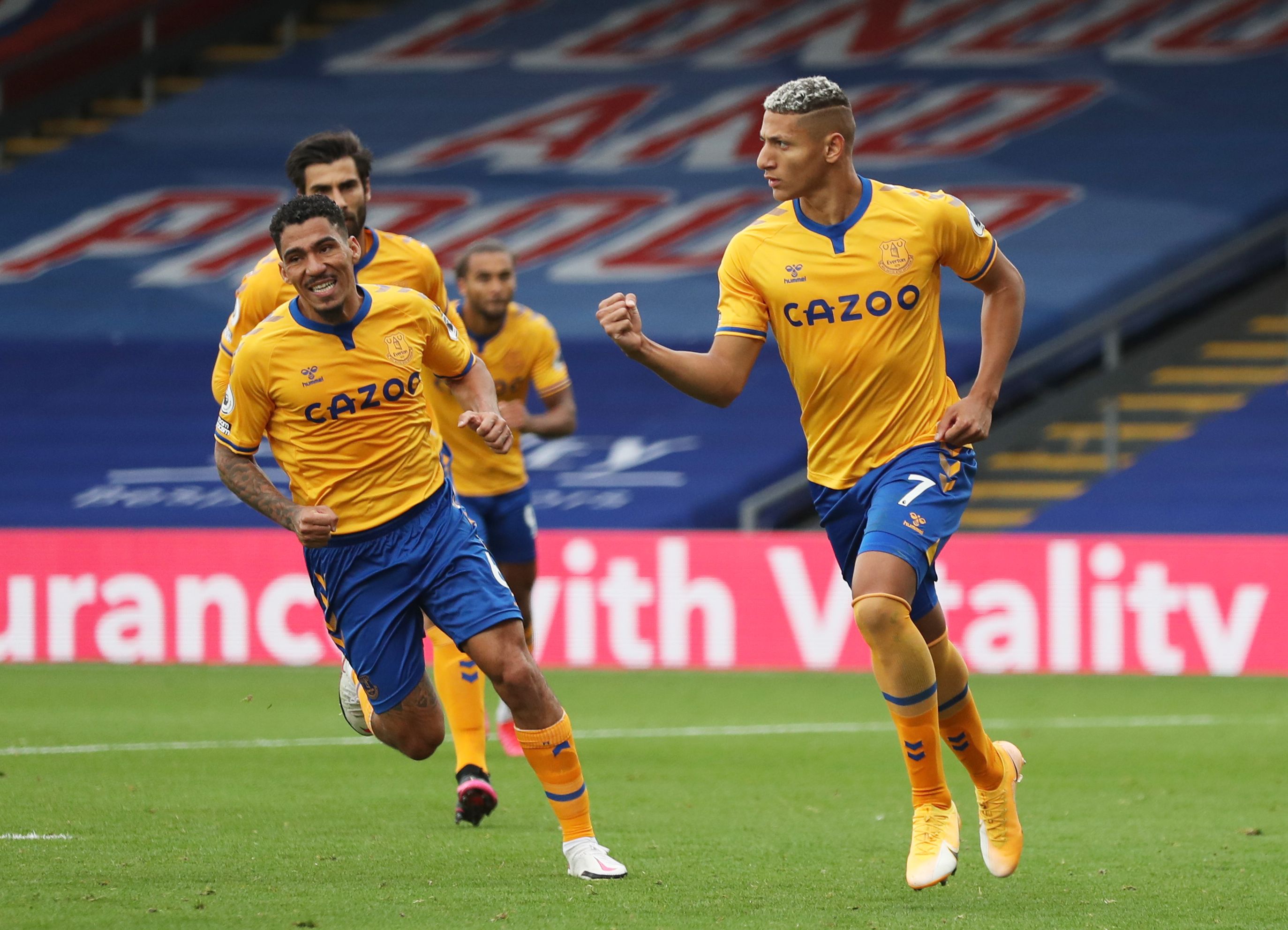 That they do so is down in no small part to another golden show from James Rodriguez, such a footballing maestro he wouldn’t look out of place with a baton in his hand.

But also thanks to another VAR verdict that had you raging at the injustice of it all, yet at the same time chuckling at the absolute farce it has become.

We’d not been short of head-scratching incidents before this game even began. But if they ever do a compilation of the season’s biggest, yesterday’s will be pushing for the top.

The fact it led to what ultimately proved to be the winner was even more annoying, given what great entertainment both Everton and Palace were serving up.

Predictably James was at the heart of it, and his arrowed 37th minute crossfield ball to Lucas Digne was just one of a host of standing ovation deliveries.

Digne nodded it back into the box, where it struck Joel Ward – who had just seen one handball check against him quickly and correctly waved away – on the arm.

Admittedly this time it was a little further away than the one VAR official Anthony Taylor had ruled against without the need to involve referee Kevin Friend.

But the Palace defender hadn’t moved it towards the ball. He hadn’t made a deliberate attempt to stop the ball reaching a striker. He wasn’t trying to gain an unfair advantage. 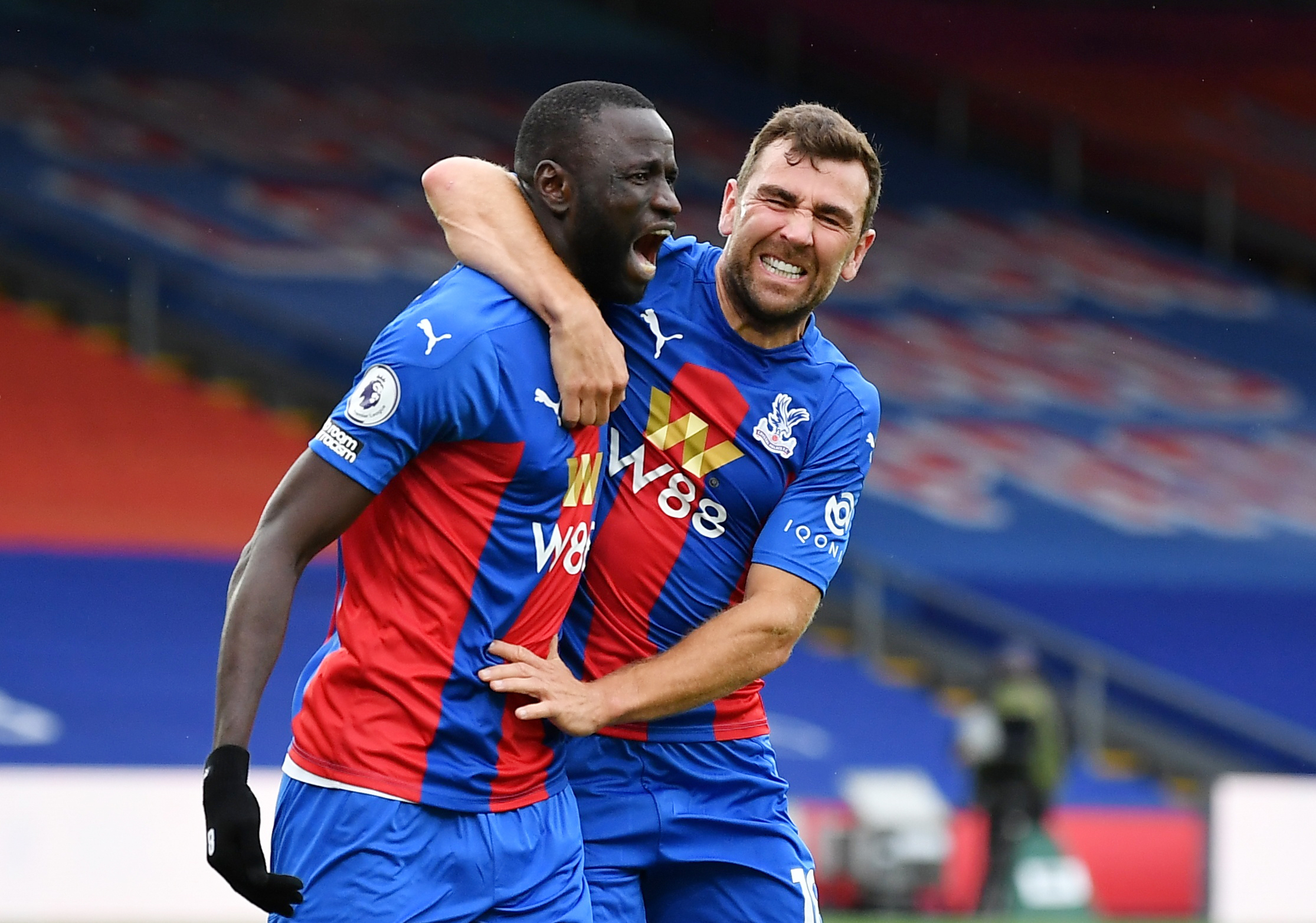 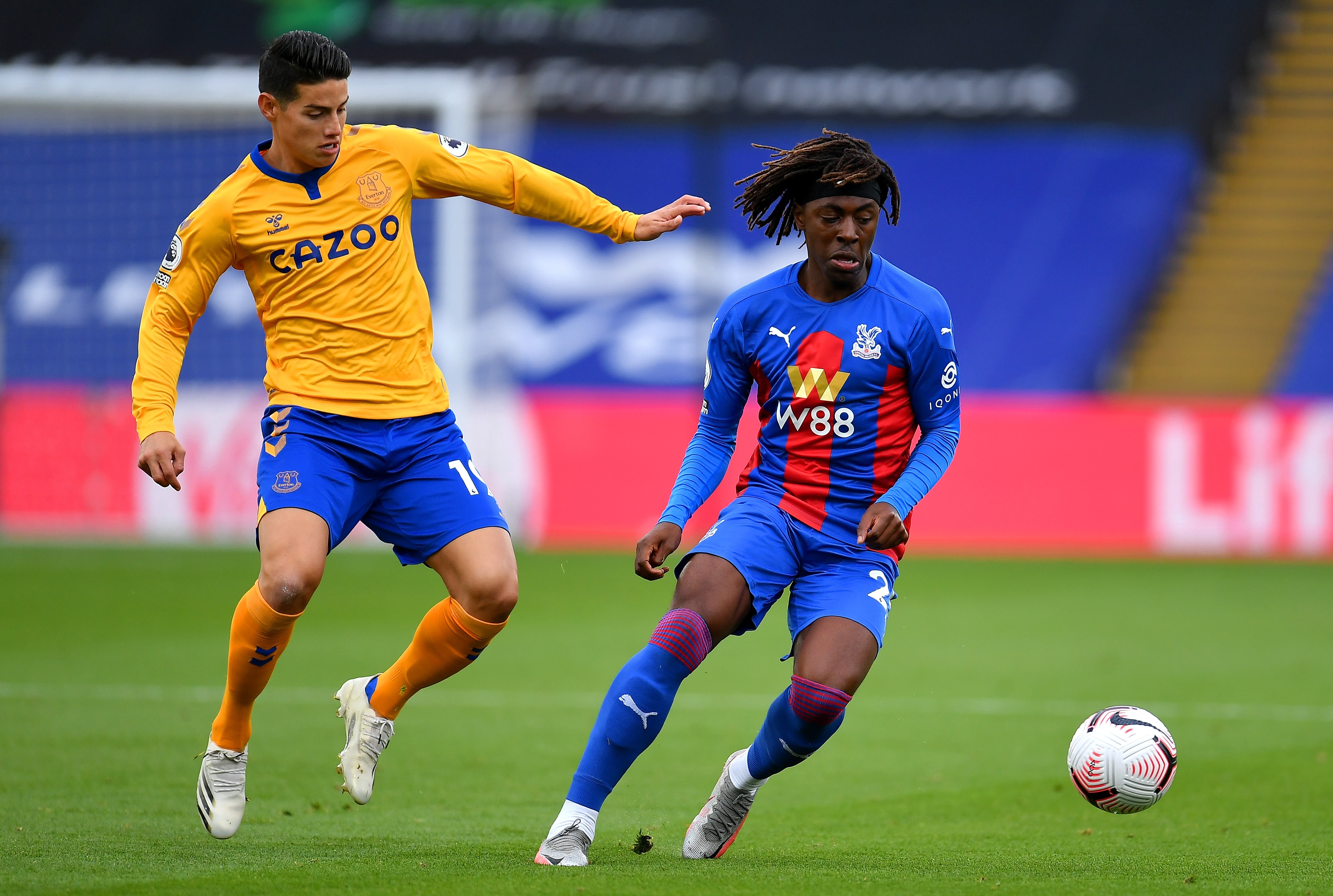 Then again, there is no place for logic and reason with the tweaked handball law. So when referee Friend jogged to the sideline to take a second look, we knew what was coming.

Sure enough, we got the square in the air, the finger pointing to the spot, total bemusement on the face of full back Ward…and Richarlison burying the penalty past Guaita.

Palace predictably raged at the ref, but in fairness he had no choice. The rule, as it stands, left him no other option.

Of course some will have little sympathy with the home side. They’ll point out the ludicrous spot kick they themselves got against Victor Lindelof at Old Trafford a week earlier.

They’ll claim it was just desserts after Palace scored from the retake when David De Gea strayed a couple of inches off his line.

But two wrongs making a right and all that? This law most definitely is an ass.

Not that Everton fans will be too concerned. The only thing of interest to Bluenoses will be the fact their team is top after three games for the first time in 19 years. 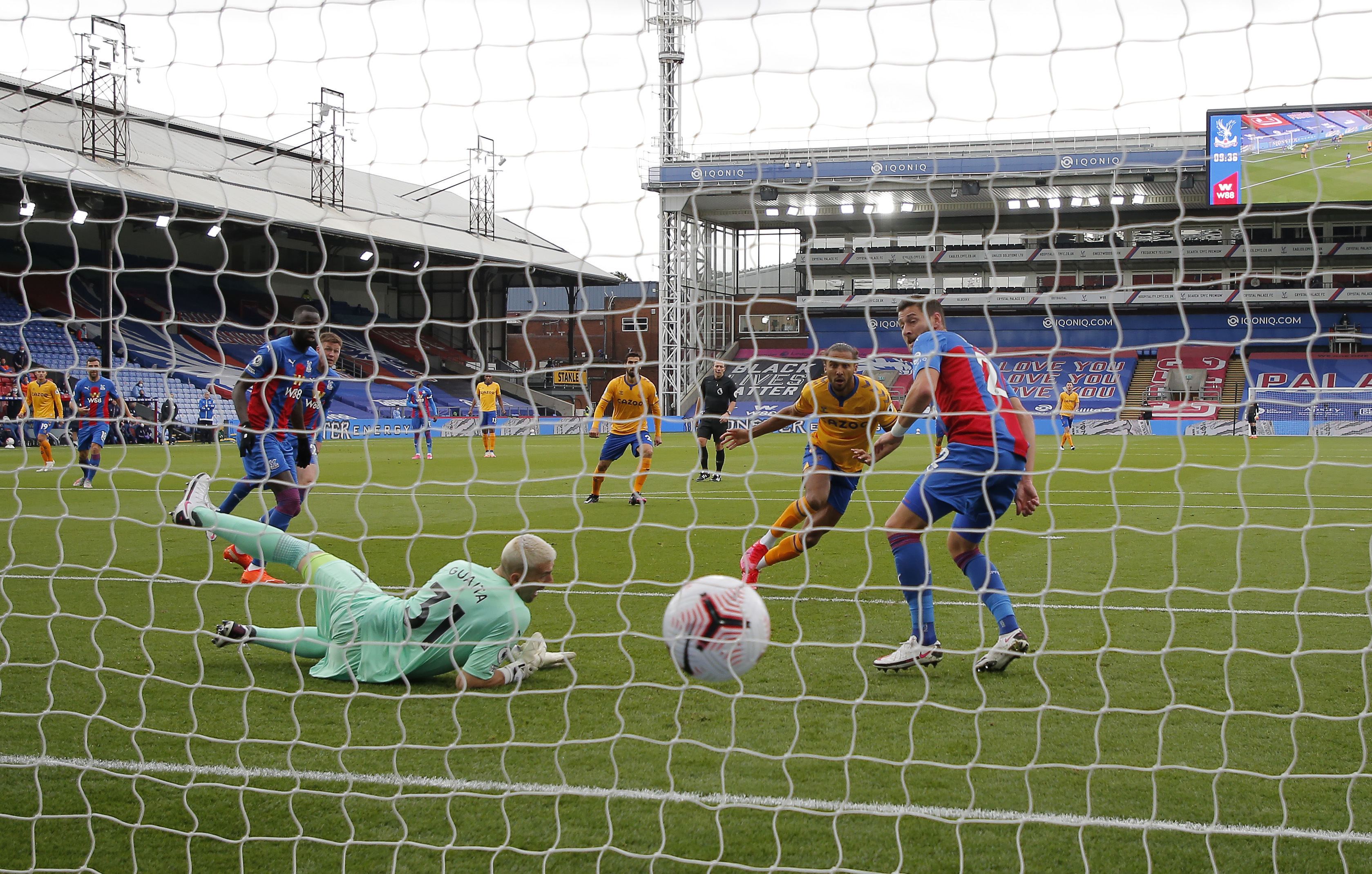 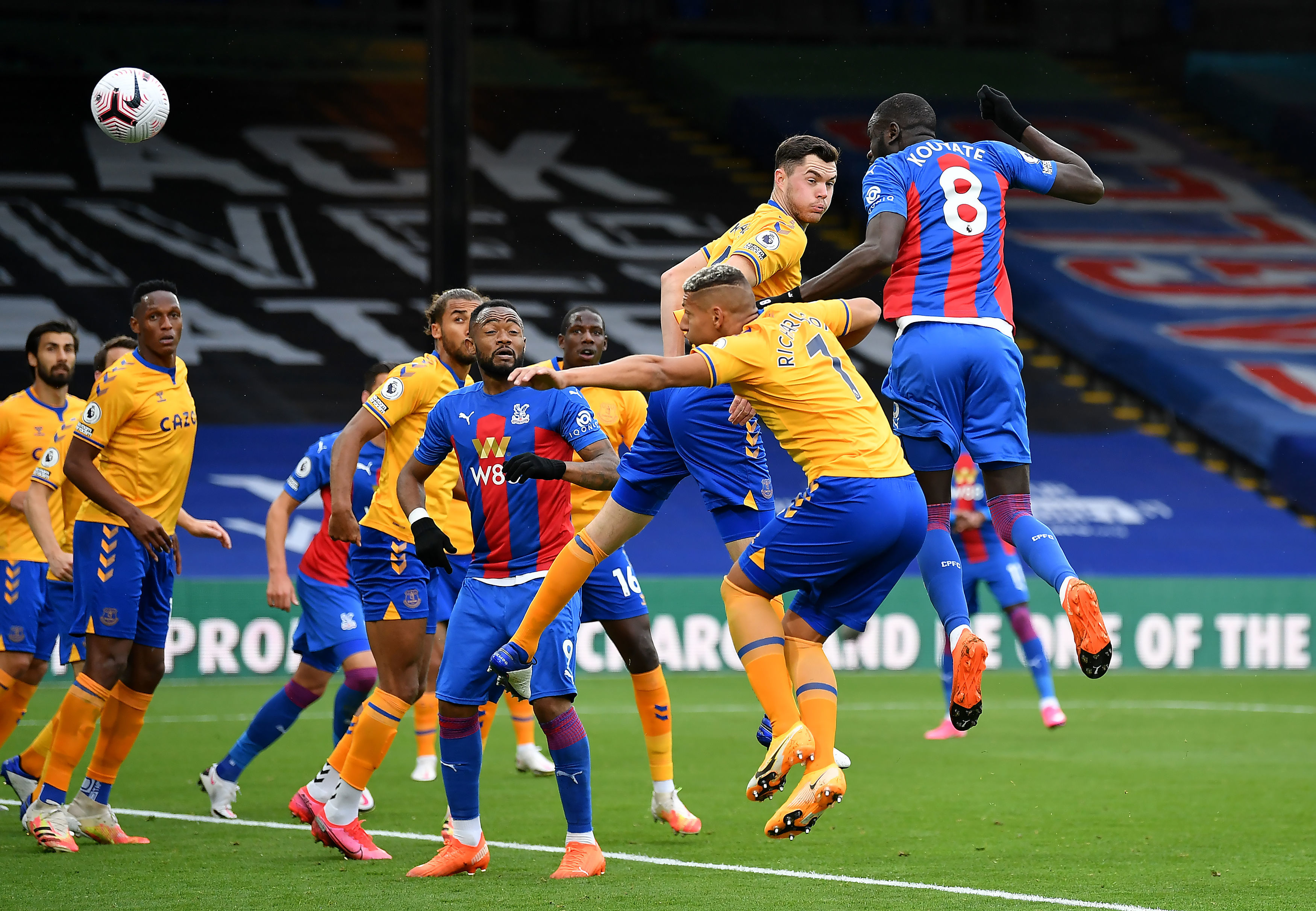 It may last no longer than 24 hours, almost certainly not more than 48, but still a world away from the nightmare seasons of recent years.

And in Dominic Calvert-Lewin they have a striker who is doing his damndest to show he can one day be mentioned in the same breath as some others to pull on the No 9 shirt.

Bear in mind many had questioned his place in the side at the start of the season, and with just five goals in 15 games before it began, some would have said rightly so. Not any more.

For after just ten minutes yesterday had already matched that tally, with an opener which, predictably, stemmed from the stardust-sprinkled feet of James.

His first time slide rule sidefoot found Seamus Coleman, who had got half a yard beyond rookie full back Tyrick Mitchell, and his his cut back was just as precise.

For a man in the form Calvert-Lewin is right now, the outcome was nailed on. Mind you, keeper Vincente Guaita hardly covered himself in glory with his attempt to save.

While the Everton striker connected sweetly, his shot was virtually straight at Guaita, yet he could only shovel the ball into his net. 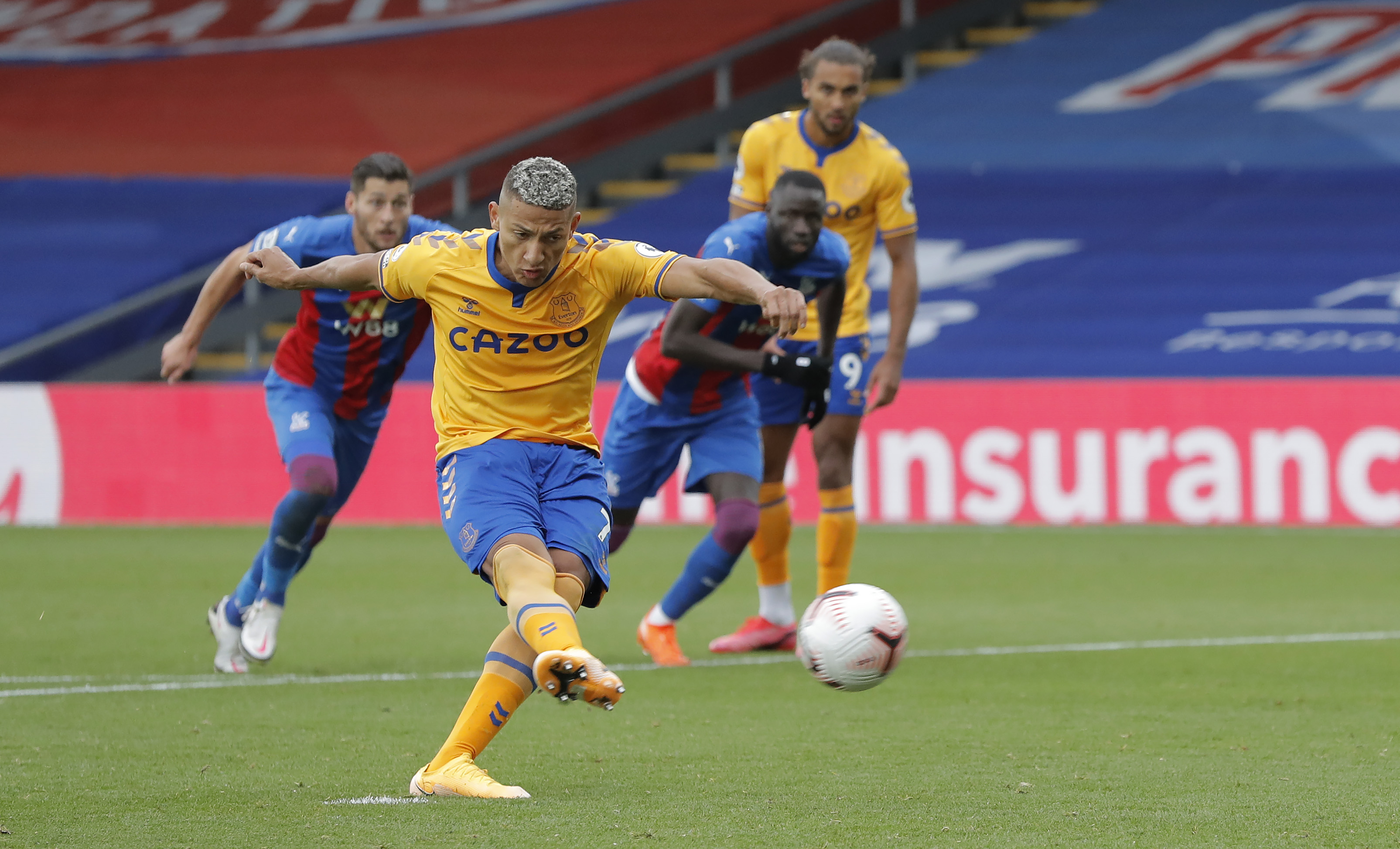 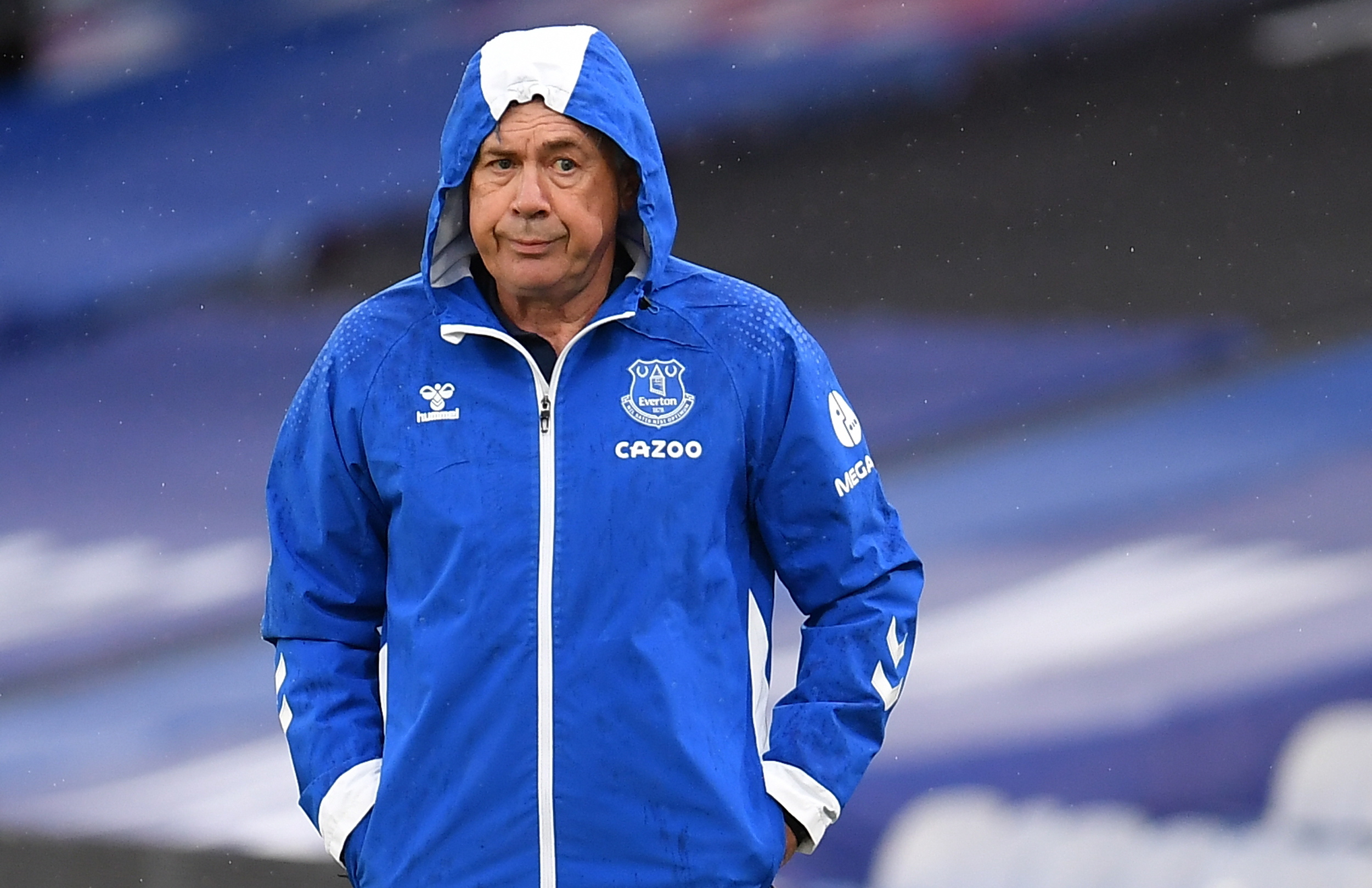 If some think the criticism of the Palace keeper was harsh, they certainly couldn’t argue with the flak Everton’s defenders doubtless got off their gaffer for the equaliser.

Yes, Andros Townsend’s corner was pinpoint, and Cheikh Kouyate’s finish as fine an example of a thumping header as you’ll see.

But zonal marking in this case meant no marking, as Michael Keane jumped under the ball and Digne got nowhere near it.

So all square, touch paper lit and the makings of a real classic on our hands here, then?

An afternoon being wowed by the dancing feet of Wilfried Zaha, Eberechi Eze, the magic and mastery of James?

Well for all they should have been the talking points, ultimately once more they were overshadowed by a row about technology.

At least they got it right in ruling that when Zaha’s drive struck Calvert-Lewin in the guts before glancing off his arm, this time it wasn’t a spot kick.

Don’t get too carried away, though. Common sense with these things will never catch on…