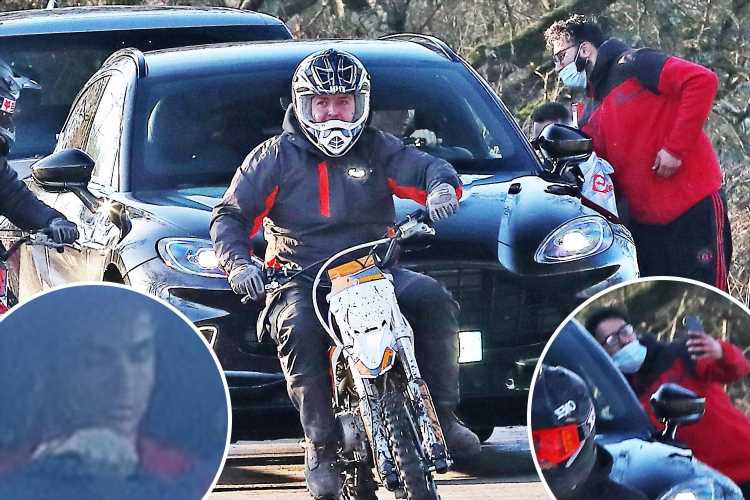 CRISTIANO RONALDO took the time to take a selfie with a Manchester United fan after Thursday's training session came to an end.

One of the Old Trafford faithful braved the icy cold outside of United's Carrington training ground in the hopes of stopping the five-time Ballon d'Or winner. 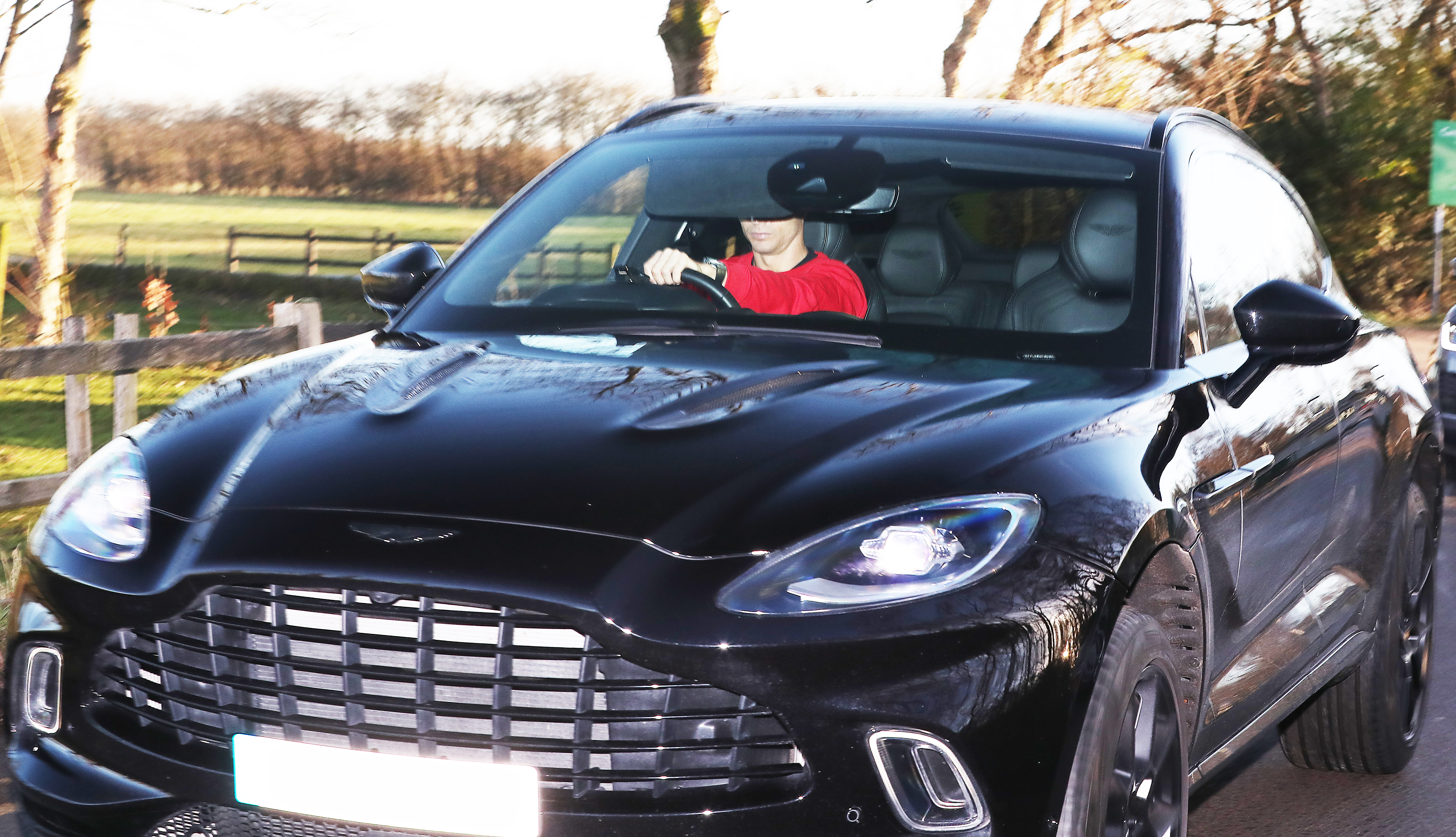 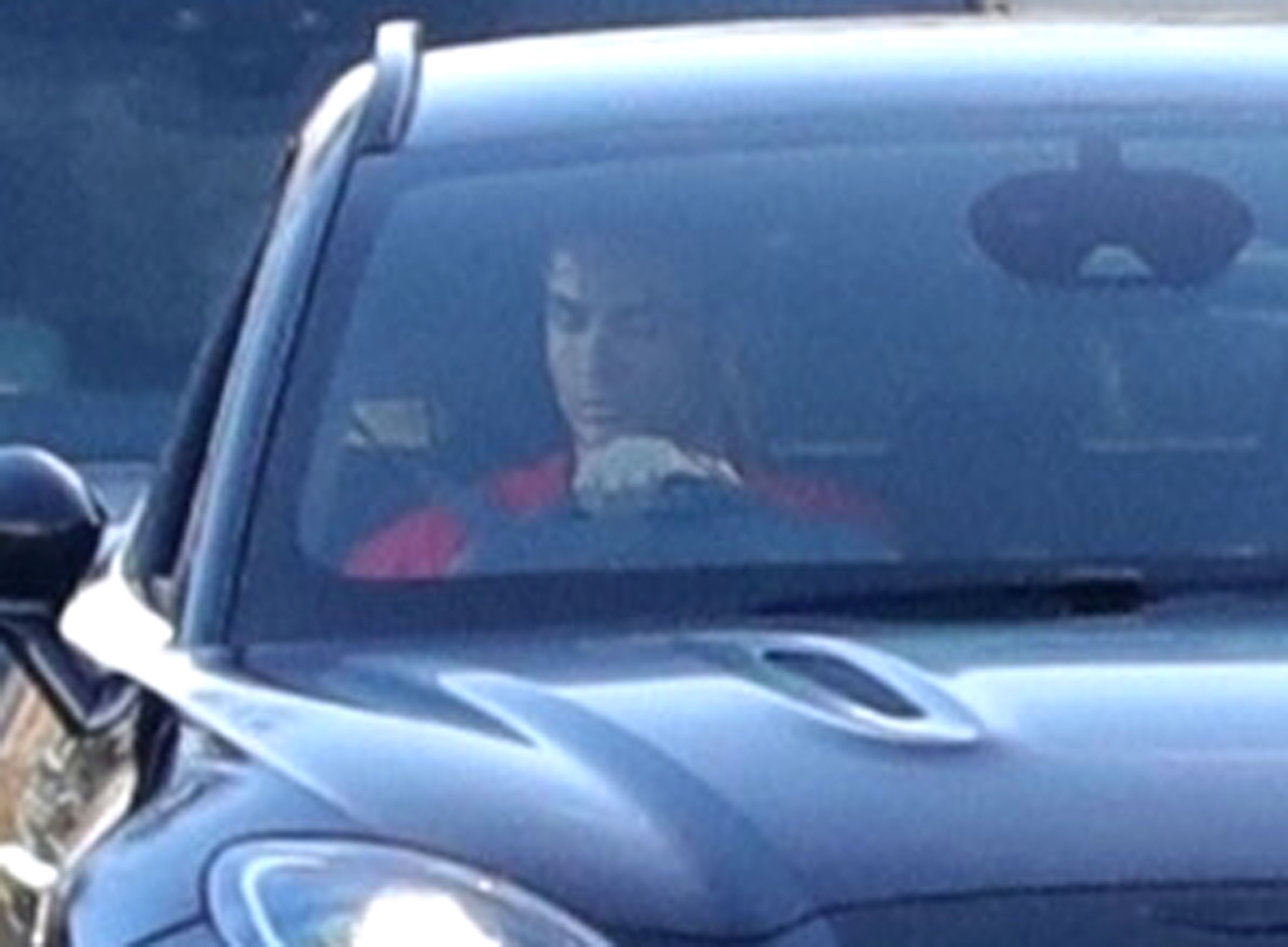 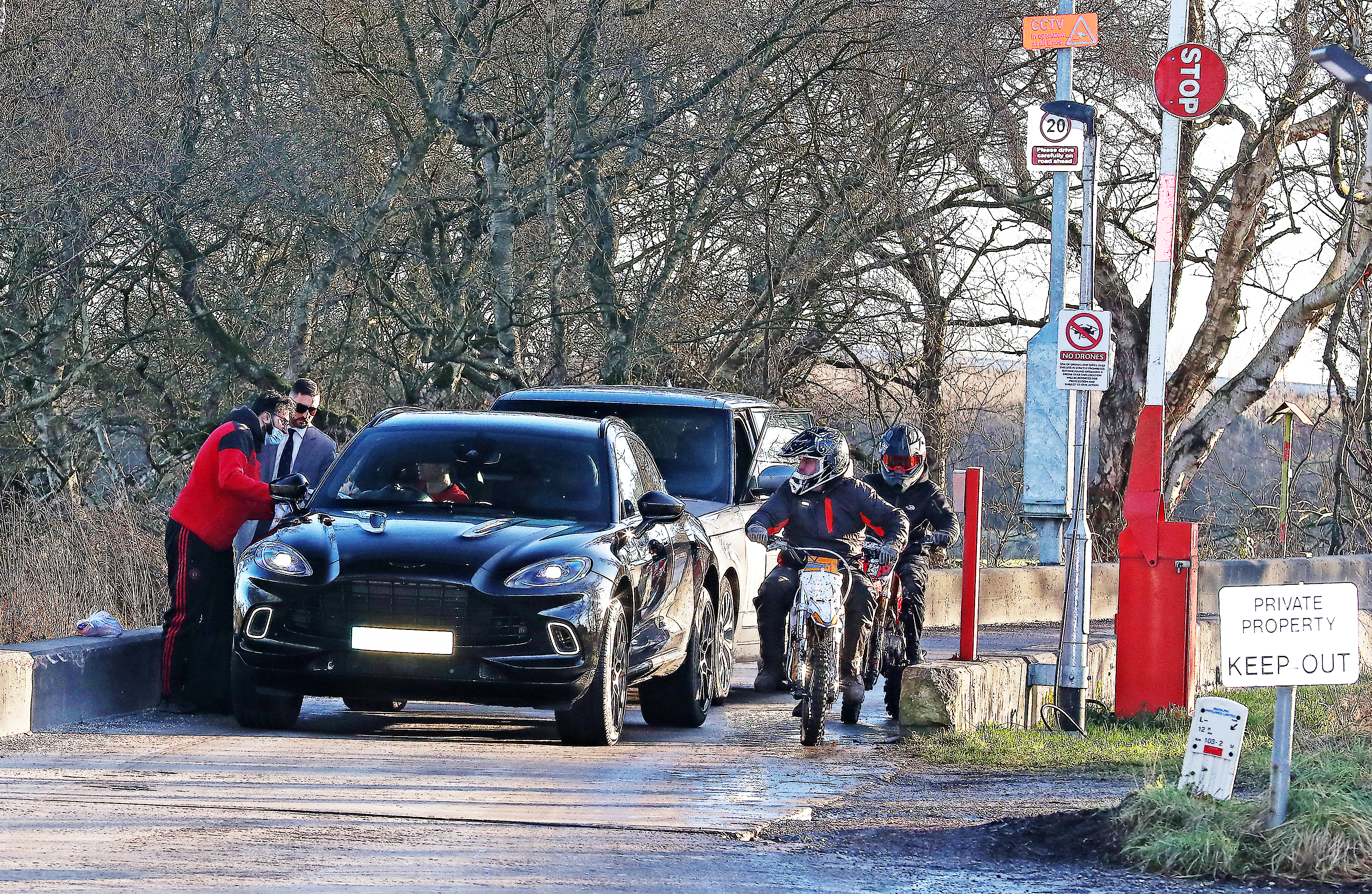 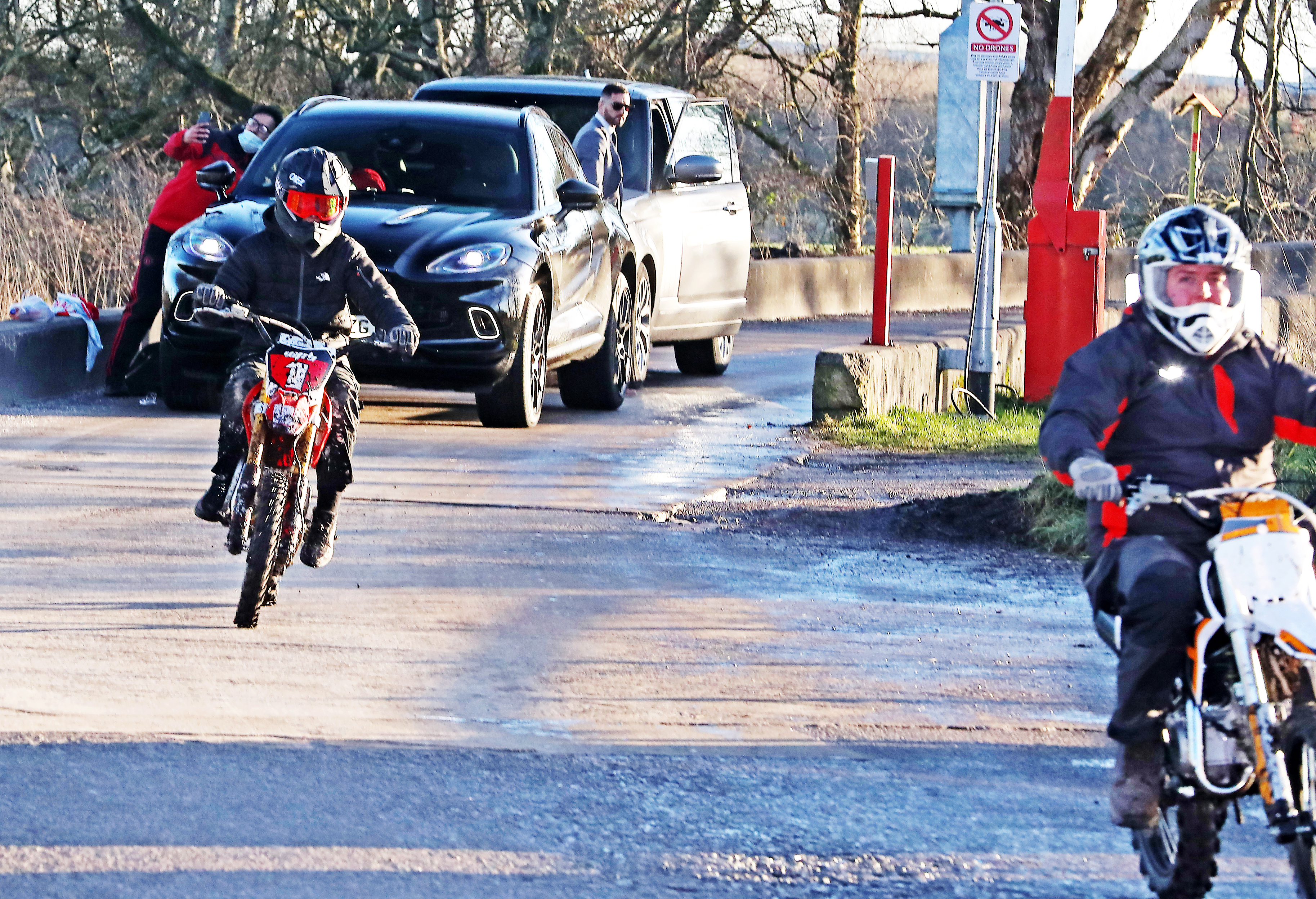 And Ronaldo made his day by stopping his Aston Martin DBX 4×4 to take a selfie and sign an autograph.

Ronaldo's act of kindness came less than 24 hours after he threw a strop in United's 3-1 win over Brentford on Wednesday.

The Portugal skipper stormed off the pitch after being subbed with 20 minutes of the match remaining.

A furious Ronaldo then THREW his coat to the floor in frustration before seemingly questioning the decision on the substitutes' bench.

But interim United boss Ralf Rangnick had no issue with the club legend's passionate reaction to being hooked.

The German told BT Sport: "That is normal – a striker wants to score.

"But he has come back from a little injury and it was important to remember we have got another game coming up.

"Also after what happened at Villa Park, we had to defend the lead this time and it was important that we went back to a back five and while we didn't keep the clean sheet it was important to make sure nothing else happened."

Rangnick added: "The only reaction I got was, 'why me? Why did you take me off?'

"I had to take the decision in the interest of the team and the club.

"We did the same thing when 2-0 up at Villa and didn't want to make the same mistake again.

"I understand Cristiano is ambitious but maybe when he is a manager in the future, he will make the same decision after 75 minutes.

"I didn't expect him to hug me after being substituted.

"I know how goalscoring players think and I had to make this decision.

"I have no issues with Cristiano. He was coming back from injury and hadn't played for one-and-a-half weeks.

"We had the likes of Rashford and Anthony Martial on the bench so why not use it? I would make the same decision again."

'NO ISSUE WITH CRISTIANO'

Rangnick continued: "I've been here now for six weeks and I've never had an issue with Cristiano.

"We had a discussion before the Villa cup game about his injury and we agreed not to use him.

"He was available again today and we decided to play him from the start.

"The most important thing is that we win games and this comes first."

Ronaldo took to social media after the final whistle to reflect on a much-needed three points.

Along with a picture of himself dribbling and one of him celebrating with his team-mates, he wrote: "3 important points! Well done lads."

Ronaldo and his United team-mates will be back in action on Saturday afternoon, welcoming the high-flying West Ham to Old Trafford. 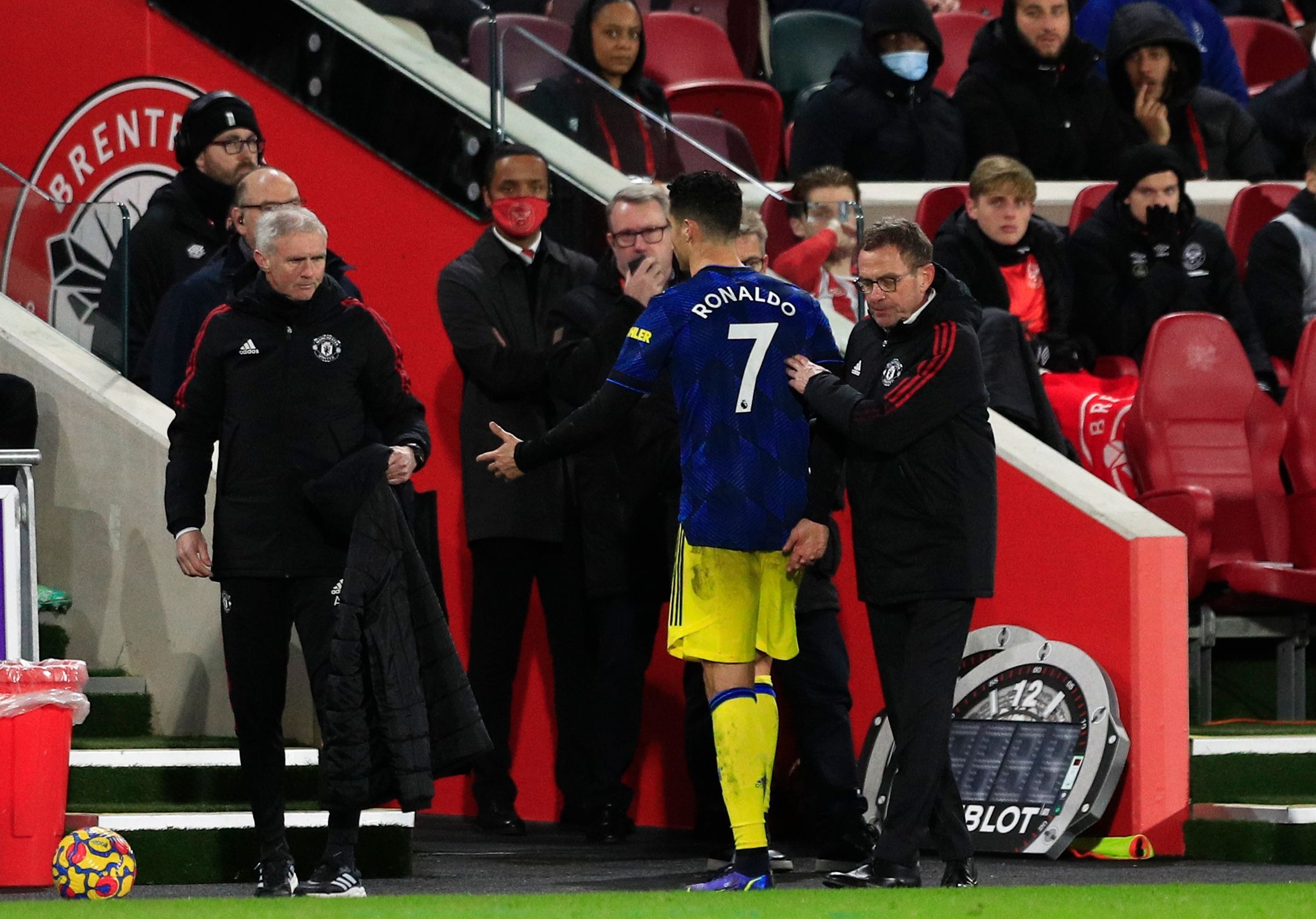 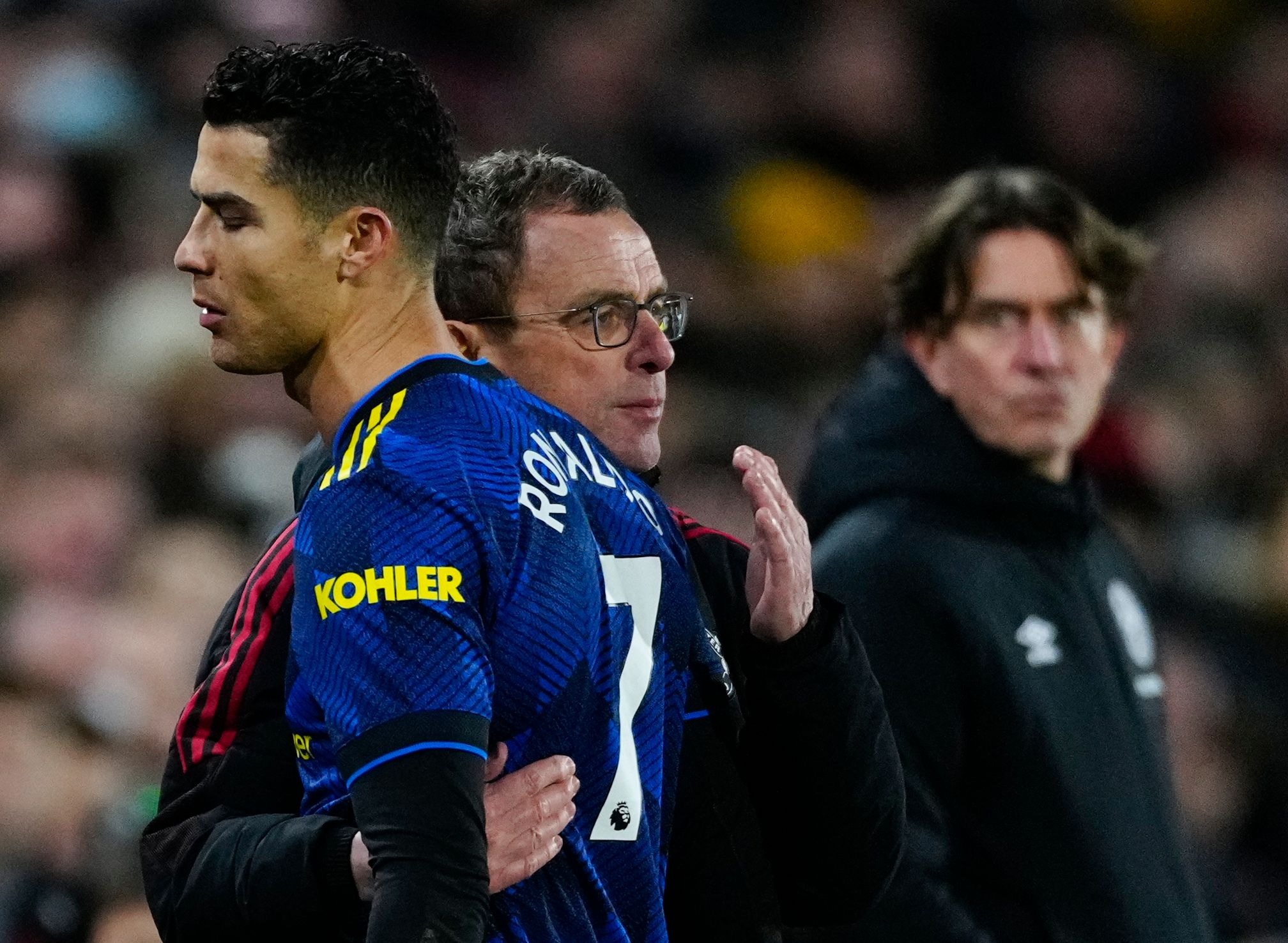