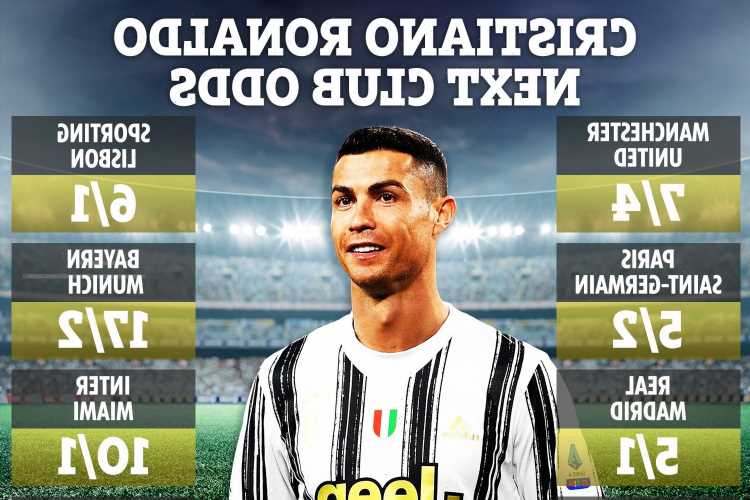 MANCHESTER UNITED are the most likely candidates to sign Cristiano Ronaldo.

At least that's what the bookies are saying with Betfair pricing United at 7/4 to re-sign their iconic number 7. 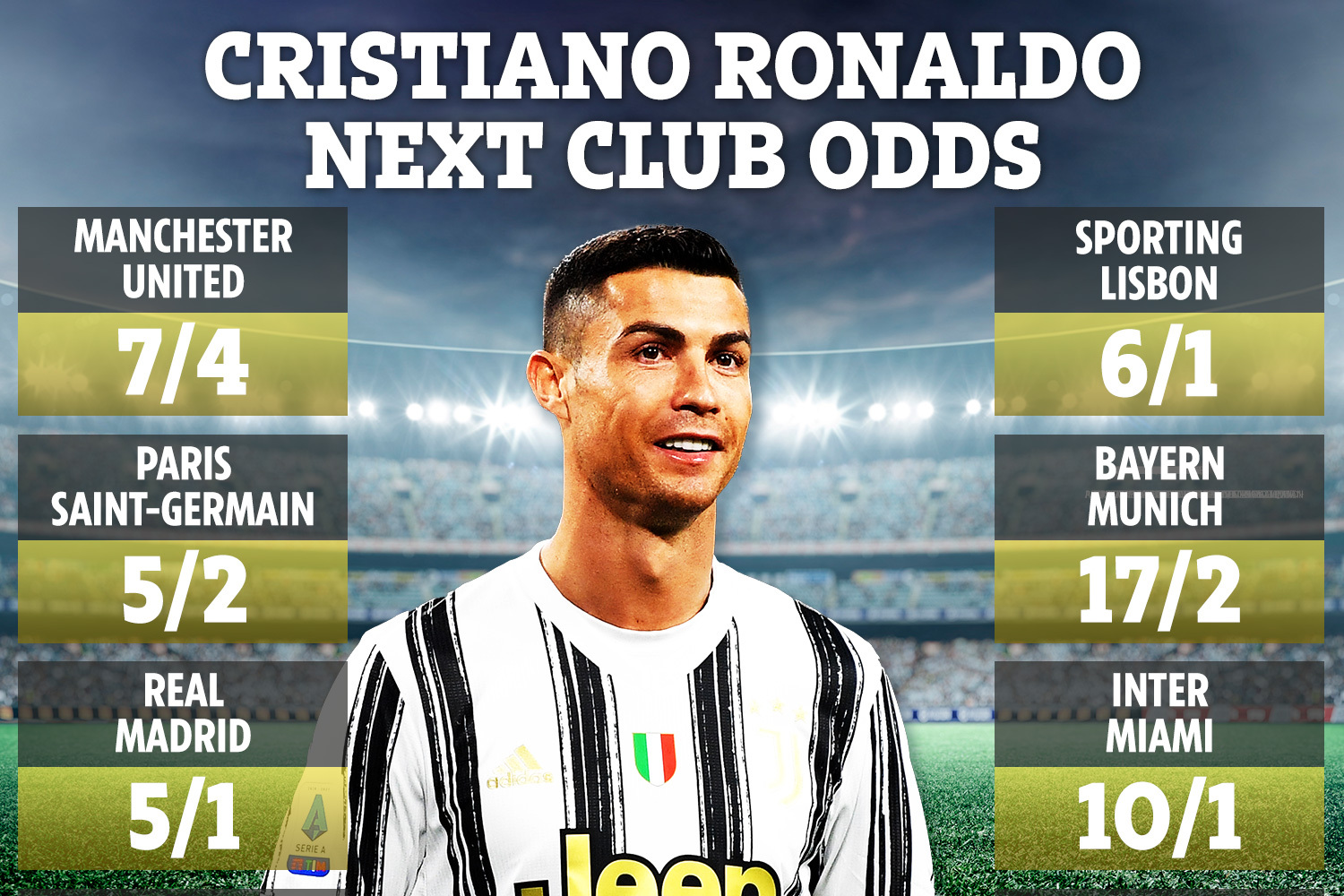 It's just shy of 12 years since Ronaldo completed his £80million move to Real Madrid.

The 36-year-old left Old Trafford in 2009 with an outstanding record of 118 goals and 69 assists in 292 appearances in all competitions.

The Portuguese still speaks highly of United and vowed to return during an interview back in 2014.

He said: "I love Manchester. Everyone knows that. Manchester is in my heart. The supporters are amazing and I wish I can come back one day."

The prospect of that happening are increasing by the day, reports suggest.

And that's because Ronaldo is being tipped to leave Juventus if the Old Lady are unable to secure Champions League qualification.

Andrea Pirlo's side are a point behind fourth-placed Napoli with two fixtures remaining.

Failure to qualify would worsen the financial status of the Italian heavyweights, who have been heavily affected by the Coronavirus pandemic.

And it's thought failure to reach Europe's top competition would leave them unable to meet his £500,000-a-week wages.

Ronaldo would also be hesitant to play Europa League football and is supposedly being ‘abandoned’ by the Juventus dressing room for receiving preferential treatment.

Close behind United in the betting market are Paris Saint-Germain at 5/2.

The club's president Nasser Al-Khelaifi has frequently discussed his admiration for Ronaldo and Arte one of a handful of teams capable of matching his current wage packet.

Real Madrid are available at 5/1 although their chief Florentino Perez said the move 'does not make sense' when asked recently.

Former club Sporting Lisbon said to be keen on a reunion.

The newly-crowned Portuguese champions could offer Champions League football and his mum, Dolores, has vowed to persuade her son to make a spectacular return.

Bayern Munich are offered at 17/2 with a move Stateside to either Inter Miami or LA Galaxy both priced at 10s.