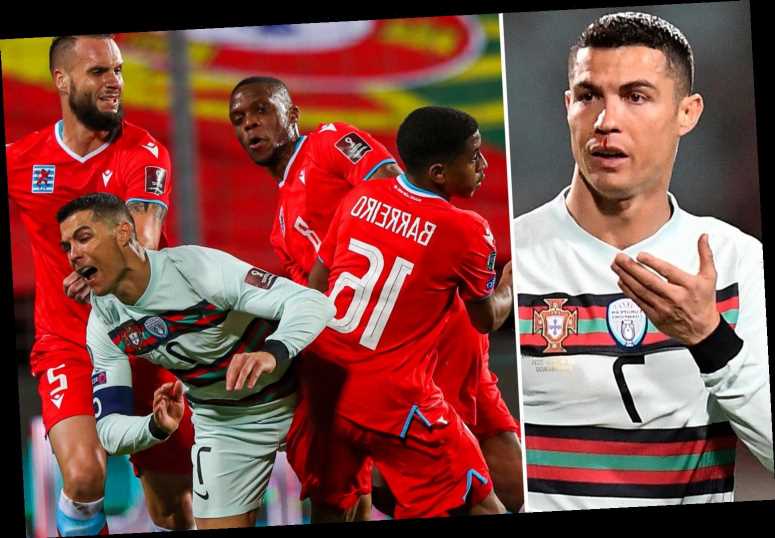 CRISTIANO RONALDO'S memorable international break took another twist last night after being left with a bloodied face in the win over Luxembourg.

The Juventus superstar and Diogo Jota spared Portugal's blushes as they came back to beat the minnows 3-1. 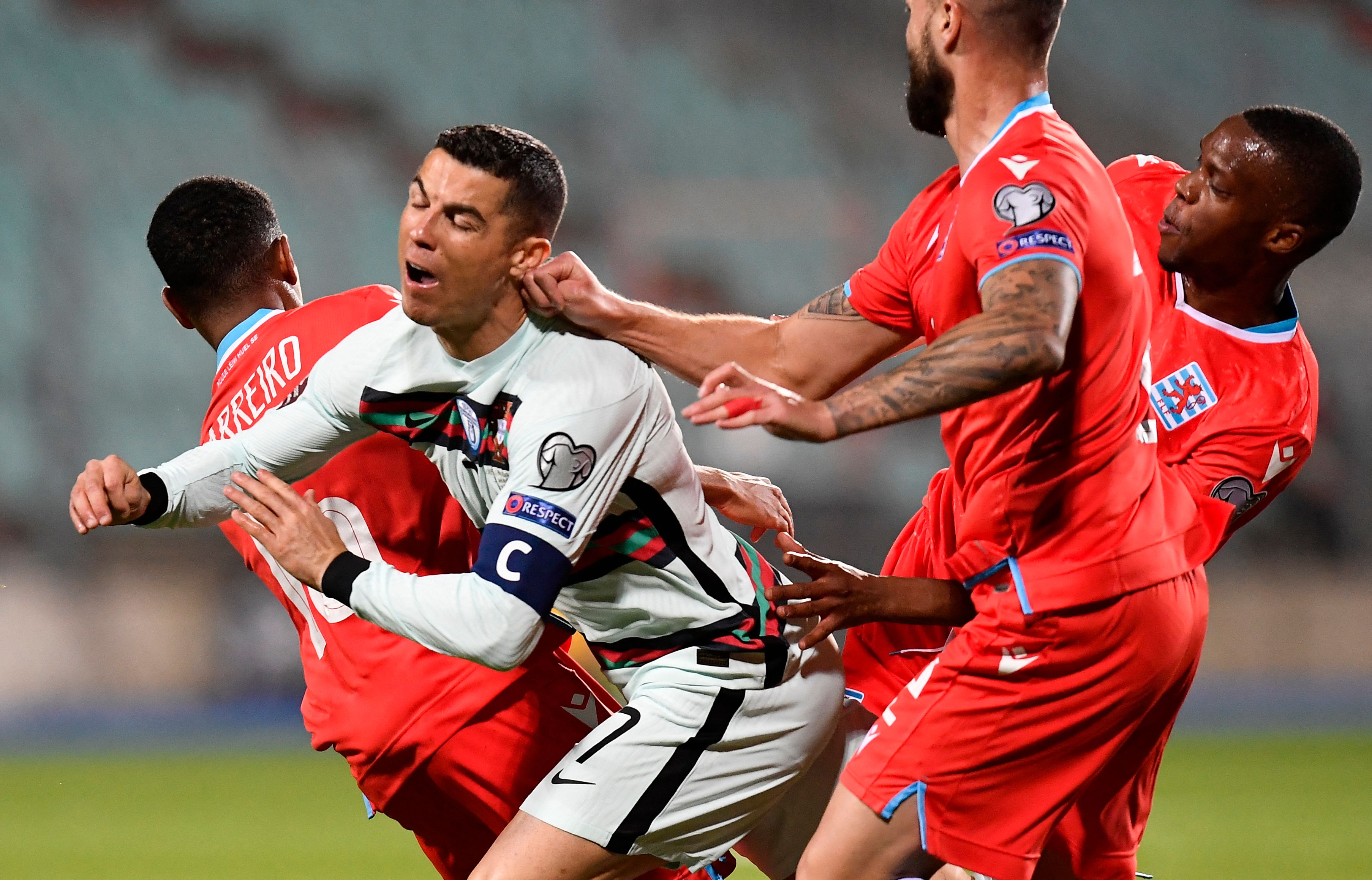 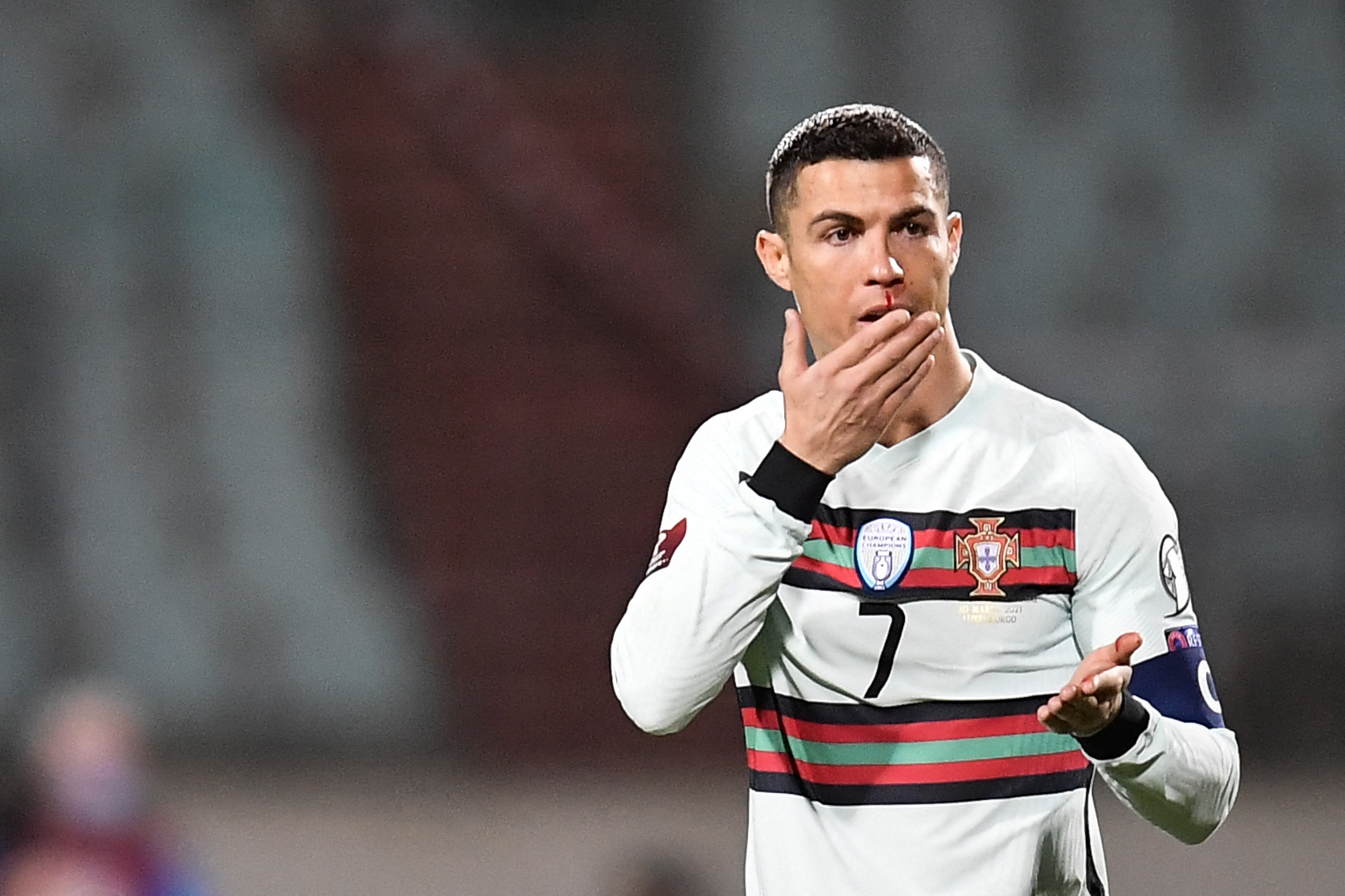 Luxembourg, buoyed by their win over Ireland, took a shock lead through Gerson Rodrigues on 30 minutes.

Jota then equalised on half-time before Ronaldo and Joao Palhinha ensured Portugal remained on track for World Cup qualification.

Ronaldo, who scored his 103rd goal for his country, was given a match souvenir of his own for his troubles.

He took an arm to the nose when three Luxembourg players attempted to stop him in his tracks.

He drew blood from his nostril and had it checked from the medics but they didn't appear overly concerned.

It's been an eventful few days for Ronaldo following his antics in the dramatic draw with Serbia.

After being denied a last-gasp winner when his strike crossed the line, the furious forward stormed off the pitch and launched his captain's armband to the ground. 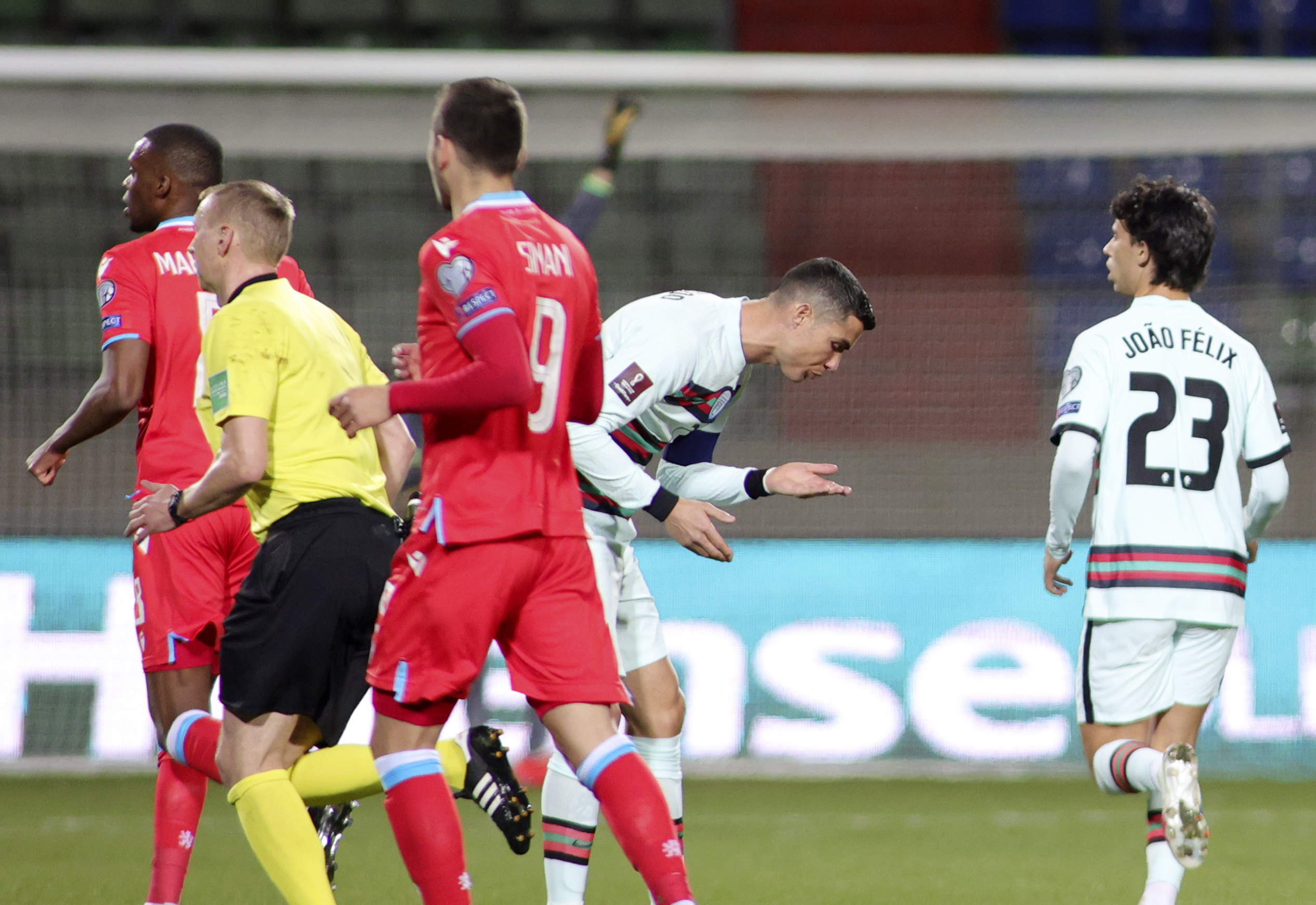 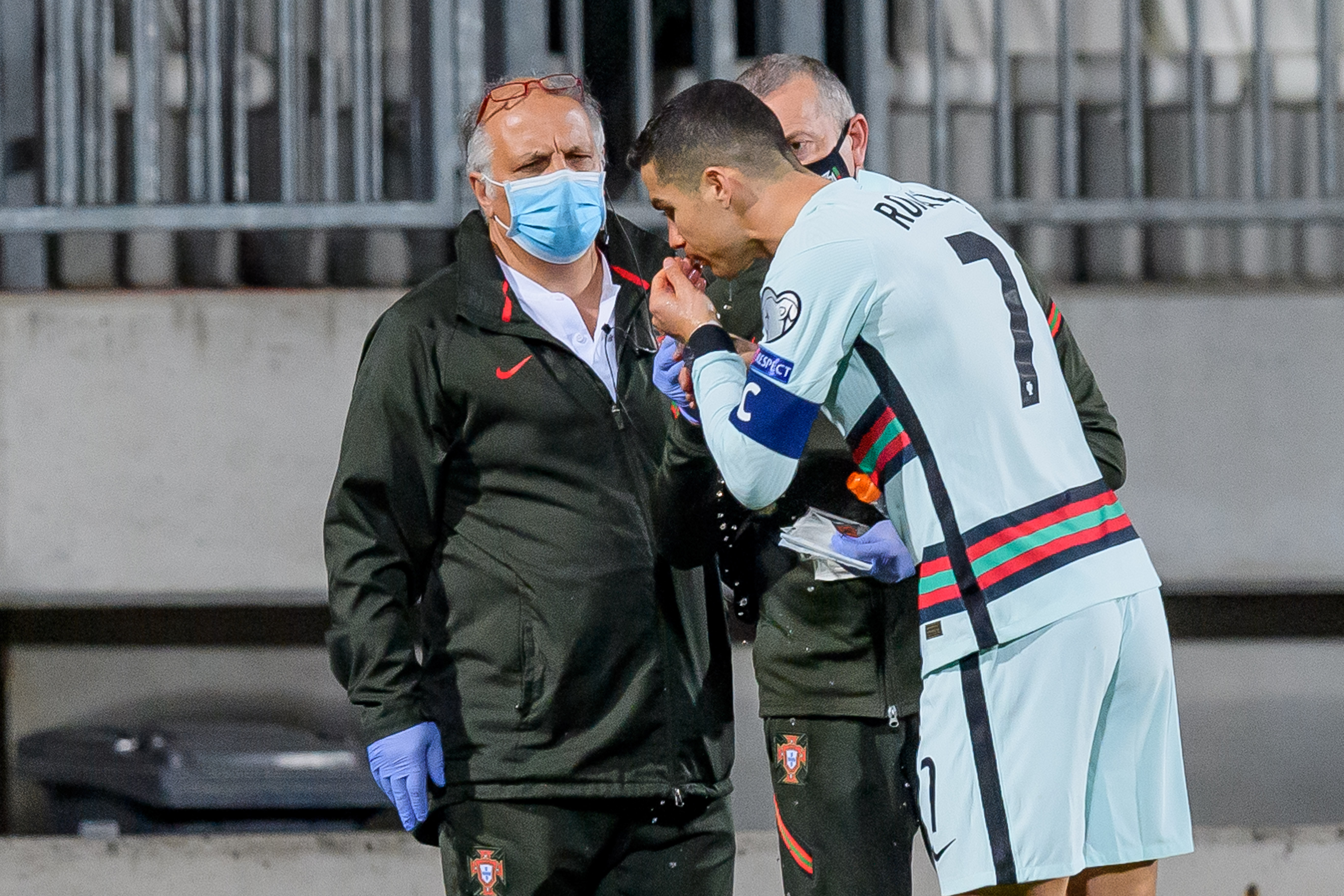 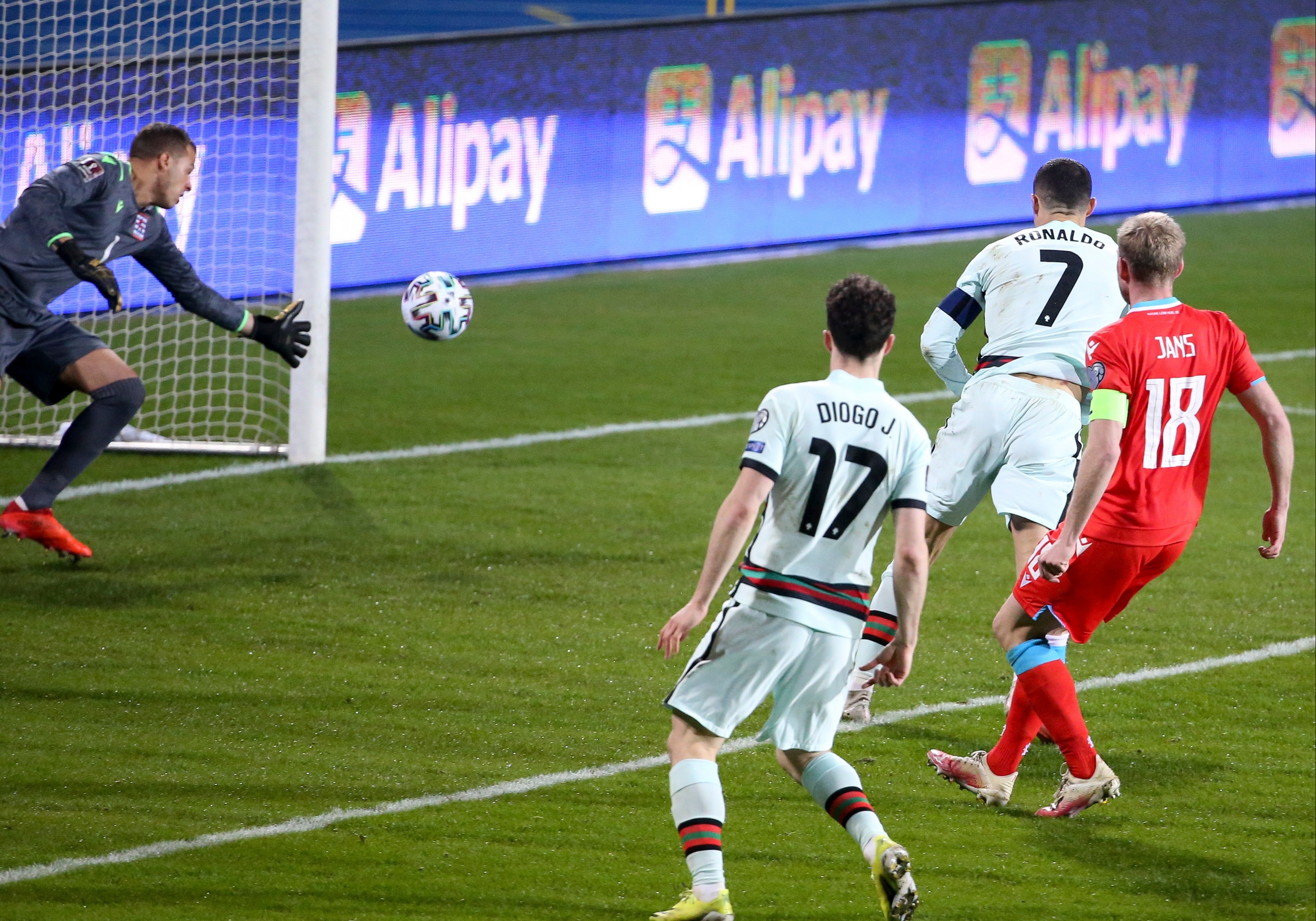 The referee later apologised to Ronaldo and claimed he was 'embarrassed' for his blunder.

No goal line technology was being used in the contest.

But for all Ronaldo's despair, Serbia are auctioning the armband with all money raised going to Gavril Djurdjevic, a six-month-old child who suffers from spinal muscular atrophy.