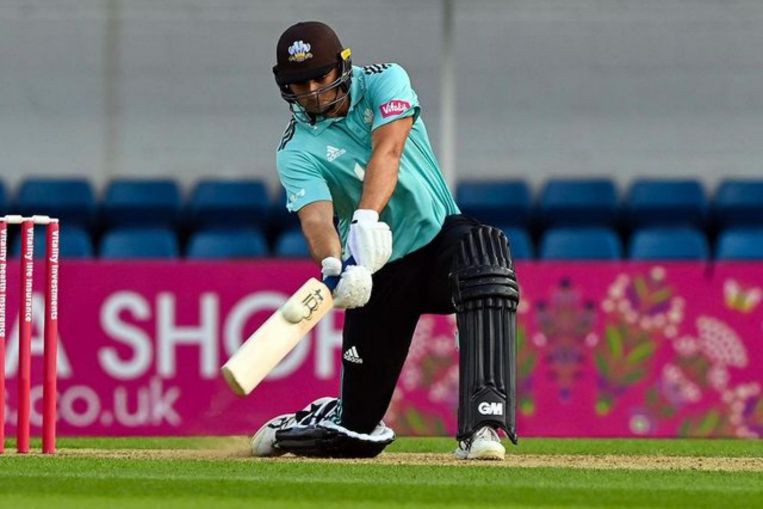 The signing of the Singapore-born player and Sri Lankan duo Dushmantha Chameera and Wanindu Hasaranga for the rest of the season was announced by the franchise on Saturday (Aug 21).

The IPL is one of the most prestigious cricket leagues in the world and the RCB, who are currently third, is home to India’s national captain Virat Kohli.

The eight-team competition was suspended in May after several players and backroom staff tested positive for Covid-19 amid a second wave of infections in India. It will resume on Sept 19 in the United Arab Emirates (UAE), with the final set for Oct 15.

Australian David has played all over the globe including in the Pakistan Super League (PSL) and the Big Bash League (BBL), an Australian professional Twenty20 competition. More recently, he featured for the Southampton-based Southern Brave in The Hundred competition and for Surrey in the Royal London One-Day Cup.

He scored 279 runs at a strike rate of 153.29 in 14 innings for the Hobart Hurricanes in the BBL 20-21 season and hit 180 runs from six matches for the Lahore Qalandars in this year’s PSL, which resumed in June in the UAE after it was also postponed owing to the pandemic.

His father Rod also played cricket for Singapore and the family moved to Perth when David was two.

Singapore Cricket Association (SCA) president Mahmood Gaznavi was not surprised that David is joining the IPL.

“Since he started playing for Singapore, he had already shown he was of a different breed so the fact that he’s been catapulted into the IPL is not really shocking to us,” said Gaznavi, who has been Singapore’s cricket chief since 2015.

“For us, it was a question of when he would put Singapore on the world map rather than whether he would ever do so.”

SCA chief executive officer Saad Khan Janjua added that he was happy for David and hoped that the player can impart his experience and knowledge to locals.

He added: “It’s a blessing for us that a Singapore player is taking part in the IPL. The national players will also get motivated because we need to have a hero so you can follow them.

“When they see him on the big screen, they will be very happy to see him and it’s motivational for them.”

Minister for Afghanistan Lord Ahmad 'was on HOLIDAY' when Kabul fell