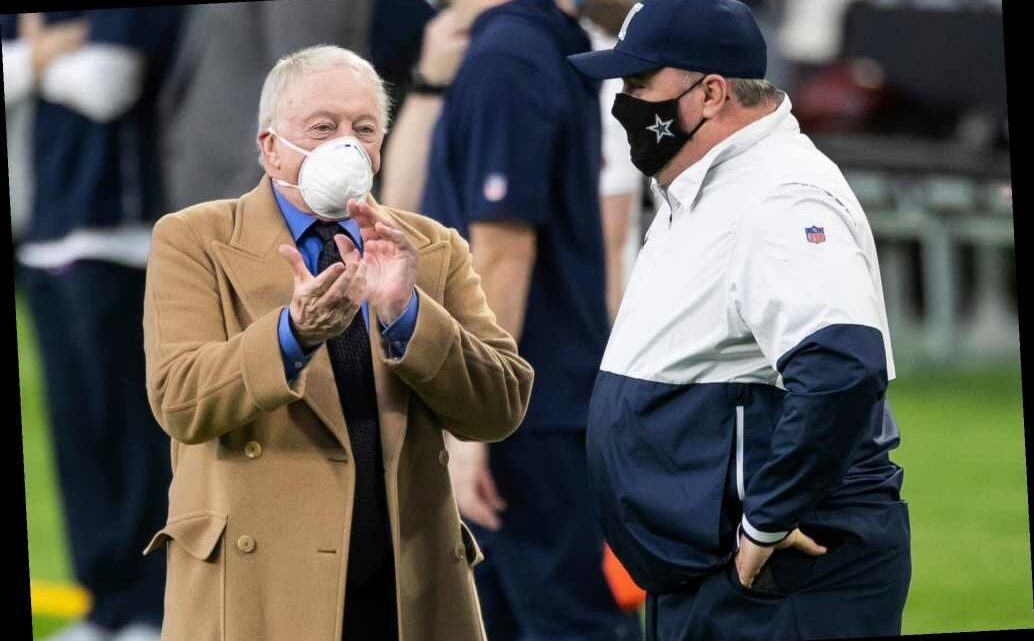 Giants are in serious trouble

Jerry Jones offered Mike McCarthy another dreaded vote of confidence in a way only the Cowboys owner and general manager could.

“Not one time have I been in any discussion, had any dream, been sitting by myself, have I given a thought to anything but Mike McCarthy being our coach next year and being our coach in the future,” Jones said Tuesday morning on 105.3 The Fan in Dallas, per USA Today. “How in the hell something like that could get going with a conversation … is ridiculous.”

“I don’t understand frankly just how so ridiculous this conversation is in terms of it actually having any meat of the bone,” he added. “I don’t think I’ve even dreamed the thought of him not being coach.”

McCarthy’s first season as head coach in Dallas has been far from a dream, with the Cowboys sitting in last place of the NFC East with a 4-9 record. They lost quarterback Dak Prescott to a compound fracture and dislocation of his right ankle in Week 5 against the Giants and then lost his backup, Andy Dalton, for two games due to a concussion.

But Cowboys management has made it clear that McCarthy, the former Packers coach, is not in danger of losing his job. Team vice president Stephen Jones, Jerry’s son, confirmed there would be no coaching change Monday in an interview with the same radio station.

“I am surprised someone would question Mike, with this unprecedented situation that everyone has been in,” Stephen Jones said Monday on 105.3 The Fan.

Jerry Jones echoed those comments Tuesday, saying he appreciated McCarthy’s experience and how he has led the team through the season being played in the midst of a pandemic.

The Hall of Famer also pointed to the former Cowboys coaches he has stuck with after tough first seasons to see them grow into success. Jimmy Johnson was 1-15 in his first season as head coach in 1989 — which was also Jones’ first season as owner/GM — before going on to win a pair of Super Bowl rings.

Here’s How Gwen Stefani Discovered She Has Dyslexia
World News