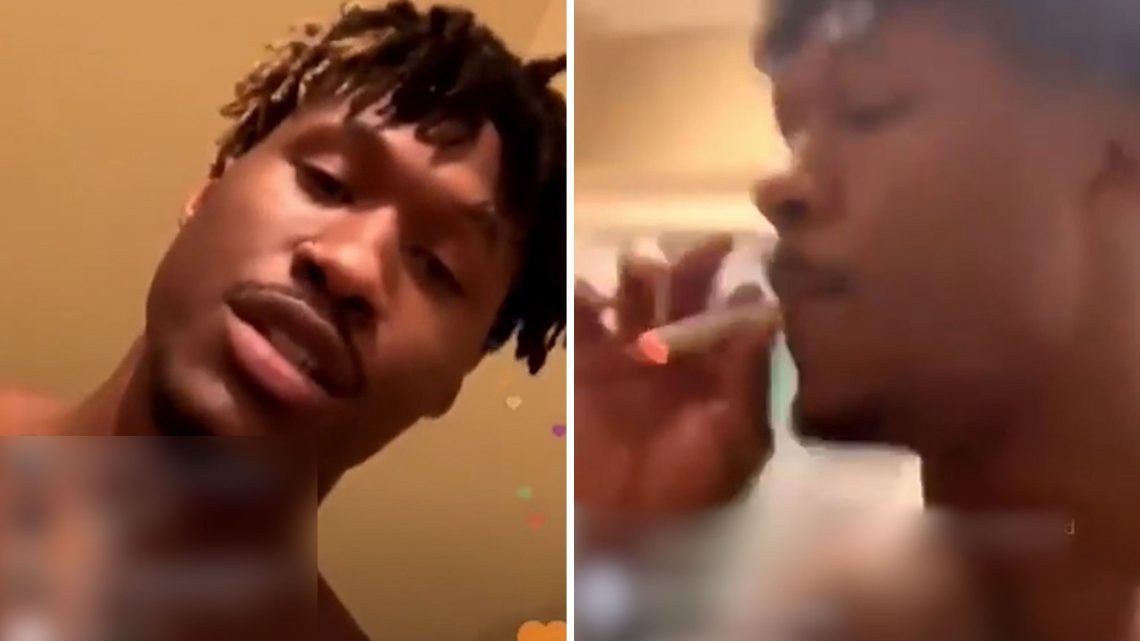 “Pass the blunt, bro,” a smiling Irving said into the camera while holding a sizable joint. “Weed … you’re addicted to this, and that. I mean, s–t, if I’m going to be addicted to something, I’d rather it be marijuana, which is medical. It’s medicine; I do not consider it a drug, rather than the Xanax bars or the hydros or the Seroquel and all that crazy s–t that they feed you.”

Irving, who was suspended indefinitely by the NFL last week for violating the league’s drug policy, then appeared to smoke on the video as he ignited a lighter off-camera.

Irving, 25, played four seasons with the Cowboys, but played just two games for Dallas in 2018, notching one sack and four tackles.

Irving went on to refer to marijuana as “medicine” and criticized the league’s drug policy, accusing it of being too restrictive on marijuana while being lenient on opioids and other treatment options.

“I’m not putting up with this s–t for no reason,” Irving said. “Plant over pills.”

Irving has dealt with injuries and multiple suspensions throughout his brief NFL career. Irving’s then-girlfriend accused the California native of domestic violence last year, but she later recanted those allegations.

Irving, meanwhile, maintained that he still loves football, but did not profess the same adoration for the NFL.

“But yeah, I’m all right, this is my choice,” Irving said. “I’m living with it. I’m not about to be forced into doing something. I’m not playing for free … I don’t think I’m a bad guy for choosing this route. You know, I stand up for what I believe in.”

The Cowboys have seemingly moved on from Irving as well, as sources told the Dallas Morning News last month that the team had no intention of resigning him when he became an unrestricted free agent this offseason.