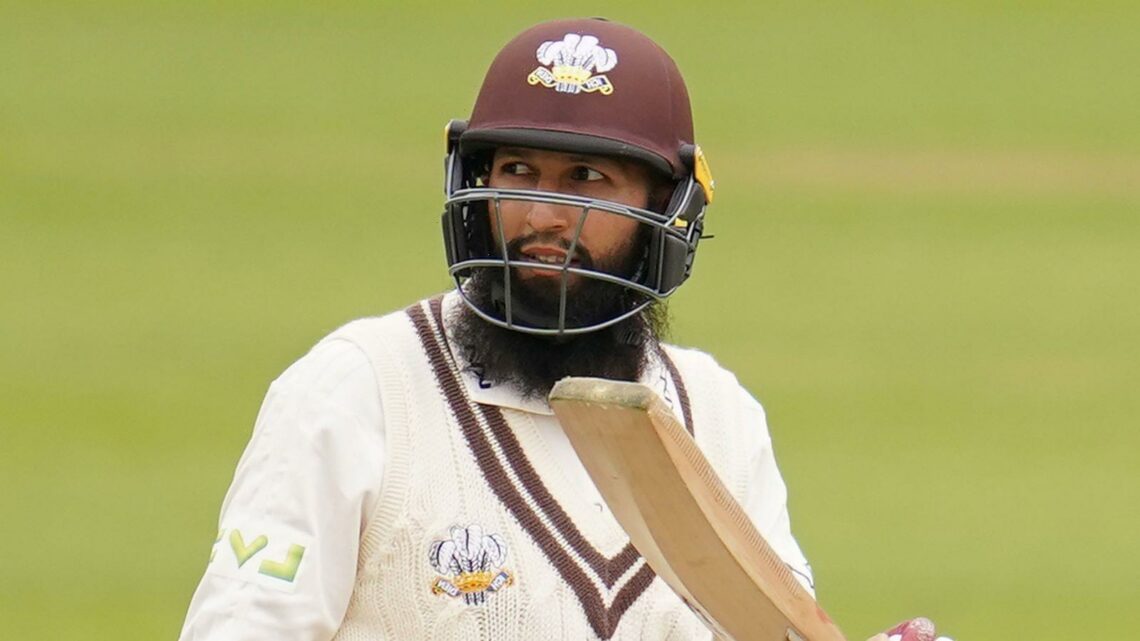 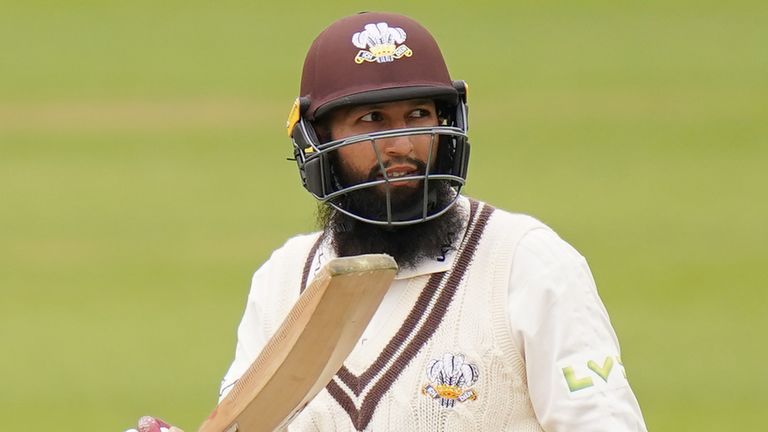 Hashim Amla scored an unbeaten double ton for Surrey against Hampshire in the LV= County Championship, while Darren Stevens’ five-wicket haul on his 45th birthday came in vain as Kent collapsed to a 10-wicket defeat at Glamorgan.

Former South Africa star Amla scored 215 not out at The Kia Oval and put on 257 with England batsman Ollie Pope (131) for the third wicket as Surrey closed on a mammoth 513-3 in reply to Hampshire’s lowly 92 all out.

Amla’s century was his first of the season as he bounced back in style from last week’s pair against Middlesex, while Pope’s ton was his second of the campaign, with the 23-year-old having hit 245 against Leicestershire. 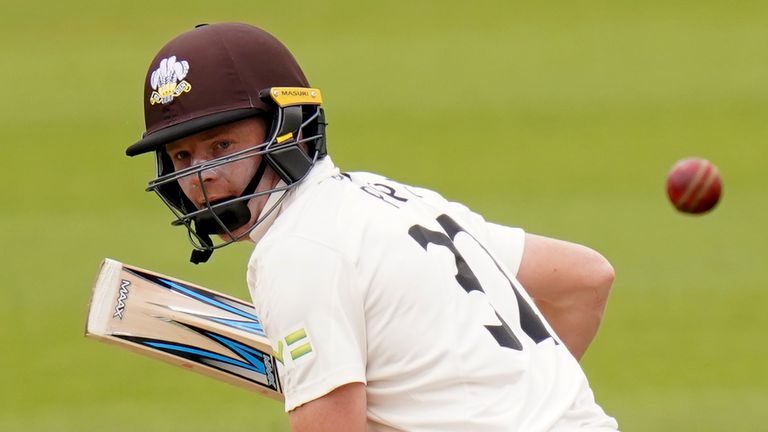 Jamie Smith (66no) bossed an unbroken century stand with Amla once Pope was dismissed as Surrey ended a day on which they lost just two wickets leading by a massive 421.

Kent veteran Stevens initially had cause to celebrate as he completed the 30th five-for of his first-class career, adding David Lloyd (62), Kiran Carlson (15) and Timm van der Gugten (10) to his day-one scalps of Joe Cooke (0) and Marnus Labuschagne (11) as Glamorgan collapsed from 120-2 to 197 all out. Glamorgan vs Kent scorecard

However, Kent then crumbled to just 74 all out in 26.5 overs – Stevens dismissed for a duck by Lloyd and Glamorgan seamer Michael Hogan snaring 5-28 – leaving the Welsh side needing just 19 for a first win of the season.

Lloyd scored all of those runs in his 2.2 over stand with Cooke (0no), smashing Fred Klaassen for three fours in the second over before slamming the match-winning six off Miguel Cummins as Kent suffered a third defeat in four. 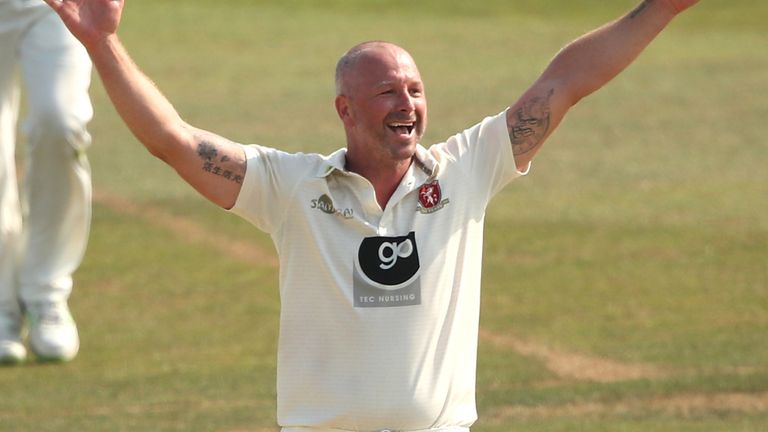 Elsewhere, Nottinghamshire’s Haseeb Hameed narrowly missed out on a third ton in four knocks as his 94 against Derbyshire left his team well-placed for a first red-ball win since beating Essex in 2018. Derbyshire vs Notts scorecard

The 24-year-old rebounded from his two-ball duck a day earlier as he showed the sort of form which had steered him to twin tons in the draw against Worcestershire last week – Hameed, who put on 157 with Ben Duckett (87) for Notts’ second wicket, was eventually out bowled by Derbyshire’s Matt Critchley. 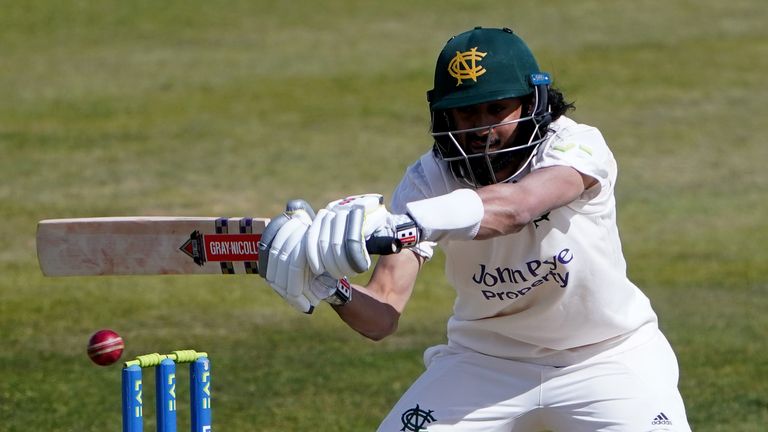 Derbyshire had earlier been dismissed for 105 in their first innings, Luke Fletcher bagging the final two wickets to record figures of 5-28.

Durham’s Will Young (124) and Alex Lees (126no) reached three figures as their side stayed on top against Warwickshire at Emirates Riverside. Durham vs Warks scorecard

Young and Lees shared a mammoth opening stand of 208 before Durham – who razed Warwickshire for 87 on day one – lost three wickets for 13 runs late in the day to end on 287-4 with a lead of 200.

England batsman Dan Lawrence (90) fell 10 runs short of a century for Essex but helped his side to 561-8 declared in their first innings at Worcestershire. Worcs vs Essex scorecard

Lawrence added 130 for Essex’s second wicket with captain Tom Westley (113), who followed Sir Alastair Cook’s first-day century at New Road with one of his own, while Paul Walter (65) and Simon Harmer (57no) also added fifties – Worcestershire reached 37-0 from 16 overs before stumps.

Sussex took control against Lancashire with spinner Jack Carson’s 4-50 seeing the Red Rose collapse from 137-1 to 152-6 once Keaton Jennings (60) was dismissed before they rallied a little to close on 193-6 at Hove, a deficit of 135. Sussex vs Lancs scorecard 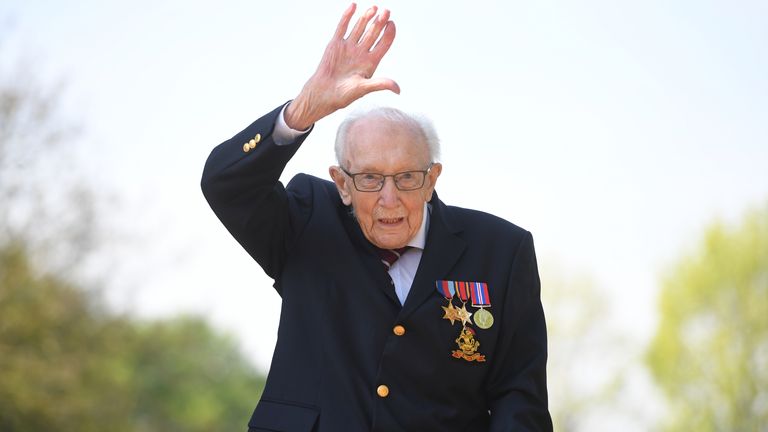 Danny Lamb (3-59) earlier had a hand in the final three Sussex wickets to fall as the hosts added just 10 runs to their overnight 318-7 – Lamb bowling Carson (13), running out Henry Crocombe (2) and then having George Garton (35) caught by Saqib Mahmood.

Lancashire’s Roses rivals Yorkshire closed on 43-3 in their second innings against Northamptonshire and lead by just 17 runs at Emerald Headingley. Yorkshire vs Northants scorecard

Yorkshire earlier picked up four wickets for five runs as Northamptonshire slumped from 76-1 to 81-5 before rallying to 234 all out in reply to the Tykes’ first-innings 206 – Saif Zaib (55) and Tom Taylor (50) with a sixth-wicket stand of 92 for Northants.

Middlesex were well on top against Somerset after scoring 357 at Taunton – Robbie White top-scoring with 92 – and then reducing their hosts to 98-4, but an unbroken stand of 80 between George Bartlett (43no) and Lewis Goldsworthy (34no) then guided Somerset to 178-4, a deficit of 179. Somerset vs Middlesex scorecard

Finally, Lewis Hill (121) and Ben Mike (54) helped Leicestershire up to a first-innings score of 421 at Gloucestershire, an innings in which Australian Daniel Worrall picked up 5-79, before Chris Wright took four wickets, including Chris Dent (53), as the hosts closed on 176-6 to trail by 245. Gloucs vs Leics scorecard