Home » Sport » Coronavirus: Team sports adopting small-sided formats as they seek to get players back to competition 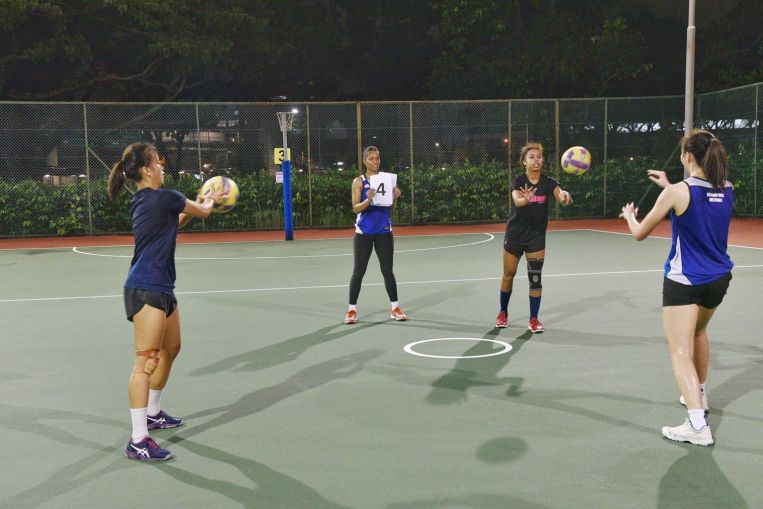 Coronavirus: Team sports adopting small-sided formats as they seek to get players back to competition

SINGAPORE – Aqilah Andin, vice-captain of the national netball team, has spent the bulk of her career keeping goal for both club and country.

But from next month, the 24-year-old defender will get a chance to test out her skills as an attacking player with the launch of Netball Singapore’s 3v3 league.

The competition will run from Feb 23 to May 21, ahead of the Netball Super League (NSL), the annual seven-a-side club competition which has been postponed till May 15.

NS is one of several leading national sports associations that have begun pivoting to small-sided formats with team sport at a standstill because of the Covid-induced, group-of-eight rule.

Hockey and volleyball were the first to start the ball rolling. The Singapore Hockey Federation launched its Under-19 3v3 League on Jan 30, with an eye on also introducing leagues for men and women. The same weekend, the Volleyball Association of Singapore (VAS) held a closed-door beach volleyball tournament. The VAS Kickstart The Game 2021 two-man competition was the first event organised by it since the Covid-19 pandemic.

Other modified forms of competitions for both beach and indoor volleyball are also in the works, said Chee Kok Leong, the VAS’ vice-president (high performance).

He explained: “The whole fraternity has been eager to get into the groove of competition…The level of play has been healthy and everything went smoothly, so we are already in discussions to stage more tournaments in the next few months.”

With Covid-19 safety measures yet to ease in the sports sector in Phase 3 of the country’s re-opening, sports administrators have decided that serving up a drastically different format is better than doing nothing.

NS’ chief executive Cyrus Medora noted that “the players still can’t train as a full team” as he explained the switch.

Kenneth Ho, president of the SFA which plans to roll out a 4v4 Back2Floorball tournament by Feb 27, said the modified competition “is a way of having some resumption for the community” which would give clubs “something they can look forward to”.

The Football Association of Singapore (FAS) is also working to ensure that amateur players will also be able to get back to playing competitively after taking into consideration feedback from the fraternity. It is planning to hold modified small group activities such as 4v4 competitions after seeking the necessary regulatory approvals.

FAS’ general secretary Yazeen Buhari said: “With the pilot done last year with the Singapore Premier League resumption, we are confident to now put forth plans for the amateur competitions, including for the centres of excellence, women’s and Singapore Football League teams in 2021.”

Alas, for contact sports like rugby, there is “no simple solution”, said Douglas Danapal, head of commercial, public relations and marketing of the Singapore Rugby Union (SRU).

He explained: “As there is no modified 4v4 format on the international level, the lack of the usual seven-a-side rugby game being played at a competitive level hinders national team efforts for upcoming competitions such as the Asian Games in 2022.”

The SRU is currently writing to government stakeholders to request that the national rugby team be allowed to train in larger numbers.

The competitions will be a welcome outlet for many athletes who have spent the last few months training without the chance of competing.

He said: “With no competition, you can lose your motivation to train and it has been tough on all of us. So to be finally back playing in a competitive setting was great.”

Aqilah, who turns out for NSL club Swift Barracudas, is keen to see how she will fare in the upcoming 3v3 netball league, explaining: ” It’s going to be more tiring than usual because it’s going to be a faster game, so it’s interesting to see what will happen.”

With no fixed positions in the game, she observed that adapting to the new format would bring its own set of challenges.

“You get to train your decision-making (skills) and it’ll be about being smart with your plays… Now in club training, we’re focusing on attacking down the court and doing a lot more tactical stuff,” she said. “Because there are no positions, it’s also about being versatile and flexible because you have to defend and attack.”

However, some have also expressed concern about the introduction of the modified formats with former national netball player Deborah Rowe, who plays for NSL club Llabten Narwhals, noting that playing out of, position would mean “more exertion on players, which may result in injury”.

Ben Ow, team manager of the national women’s floorball side, added: “They have not been playing competitively for some time, so we will have to see if they can get used to this format where they play non-stop without substitution. Even with training, court fitness is something that needs to be practised.”

Still, for many athletes, the chance to get their adrenaline pumping again is one they will not readily pass up. As Aqilah said: “I’m really thankful there’s still a platform to play competitively and safely at the same time.”